Let’s start the day with some quick floof. 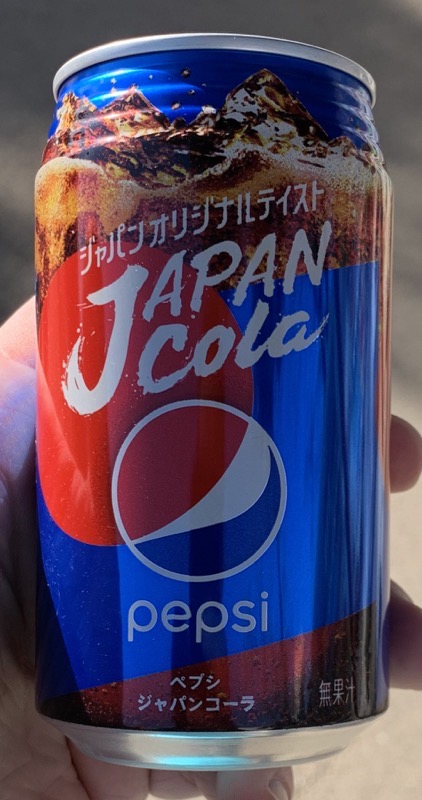 Osaka Castle was today’s thing to visit. There’s an extended garden next to it, but that’s not open on Mondays, so we might come back on another day. 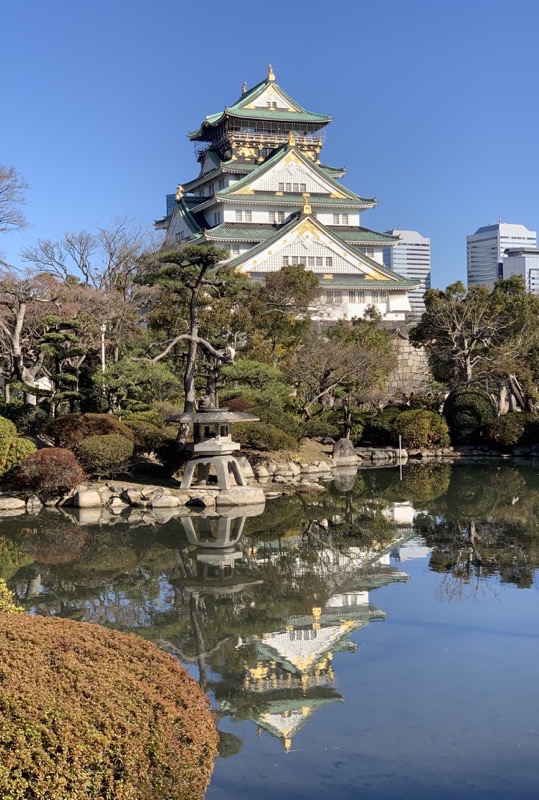 This was an interesting place to explore. Visually spectacular from the outside, but once you’re inside it’s like you’re in any other museum or art space.

Built by Toyotomi Hideyoshi, as much as any structure is by the daimyo. He’s considered Japan’s “second great unifier”, bringing the country together and ending the Sengoku period.

The first level of displays was on level five, where the elevators deposited us. It was all about the “Summer war in Osaka” screens which are a spectacular piece of cultural history displaying some momentous battles. 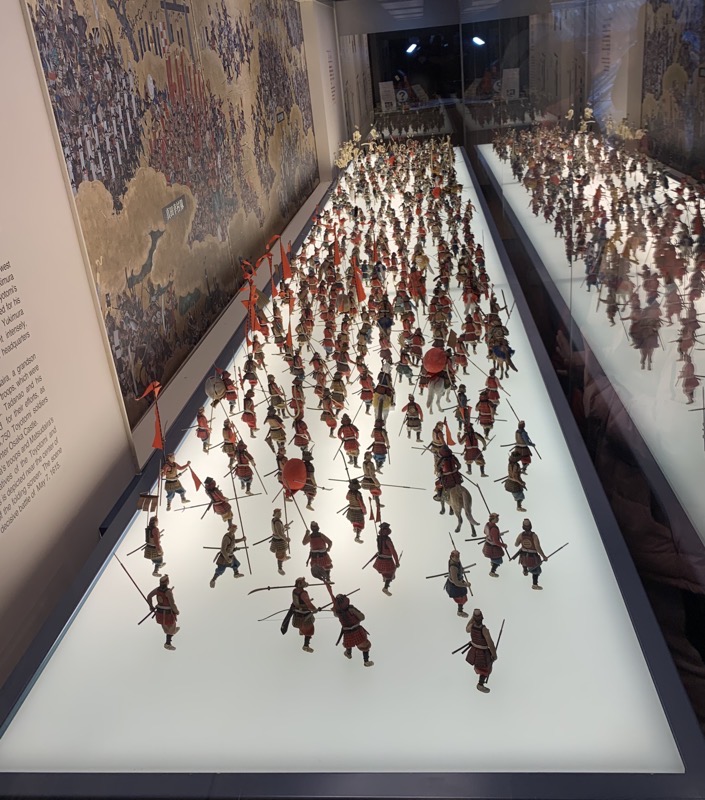 The view from the observatory deck on level eight was pretty spectacular, you could see as far as the office buildings would let you around the city of Osaka. In context it was great, but capturing interesting things in photos was a little hard. ^_^ 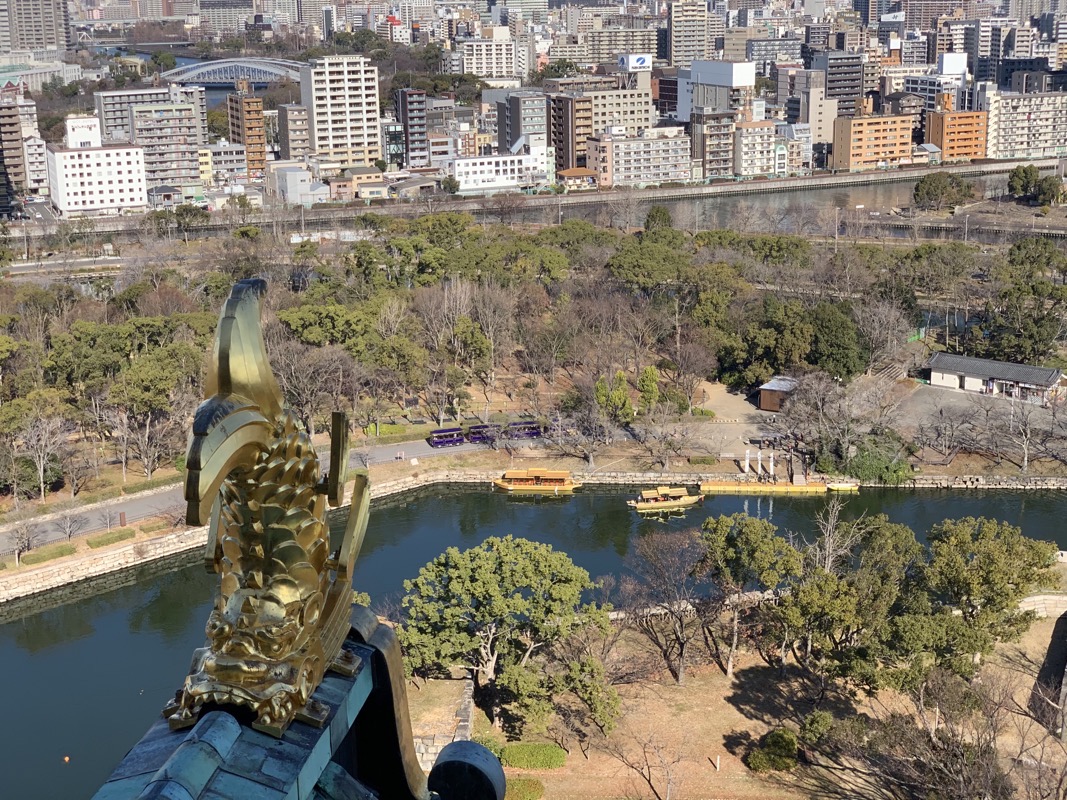 Level seven was all about Hideyoshi’s life, something best left to the Wikipedia link above or other scholarly sources. tl;dr rose from nothing to leading the country to greater things.

It was told through a series of text stories on the wall and these curious projections. They consisted of a diorama created in 3D pieces, and one or more “planes” of projected moving image. It was done really well, and is rather hard to capture in the dark room with my camera. 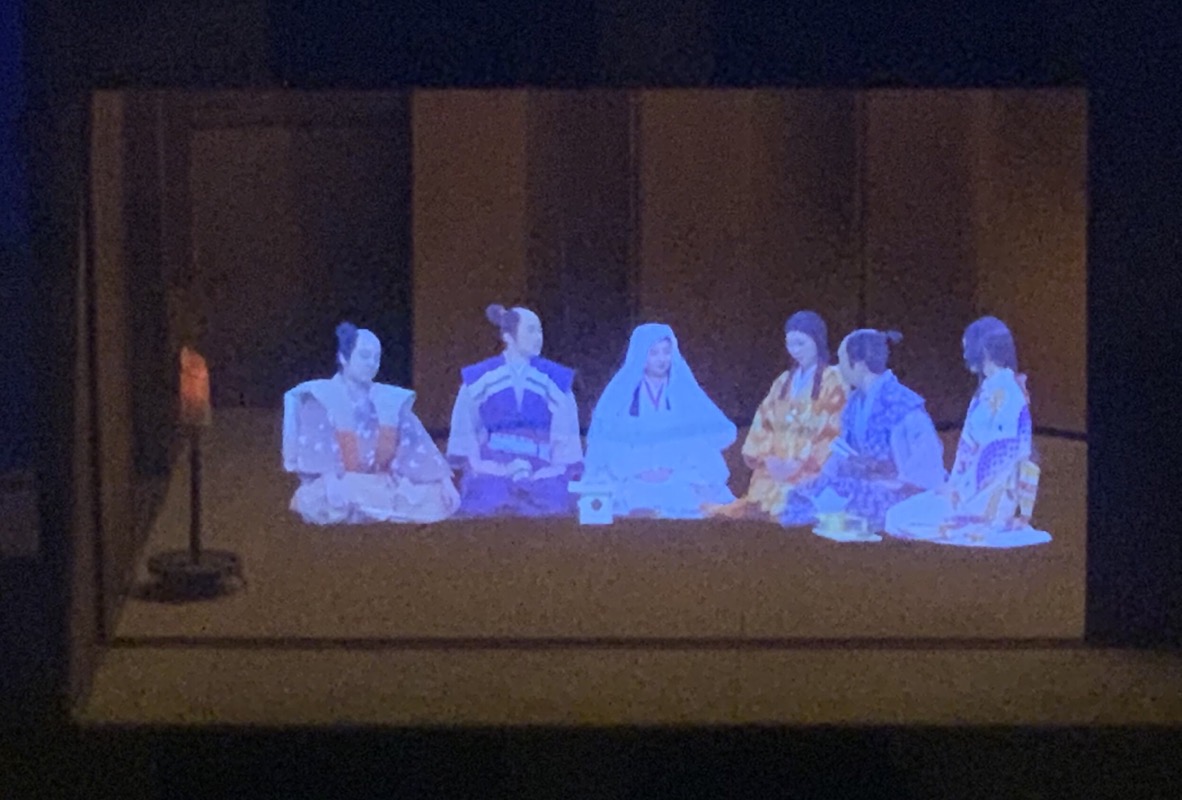 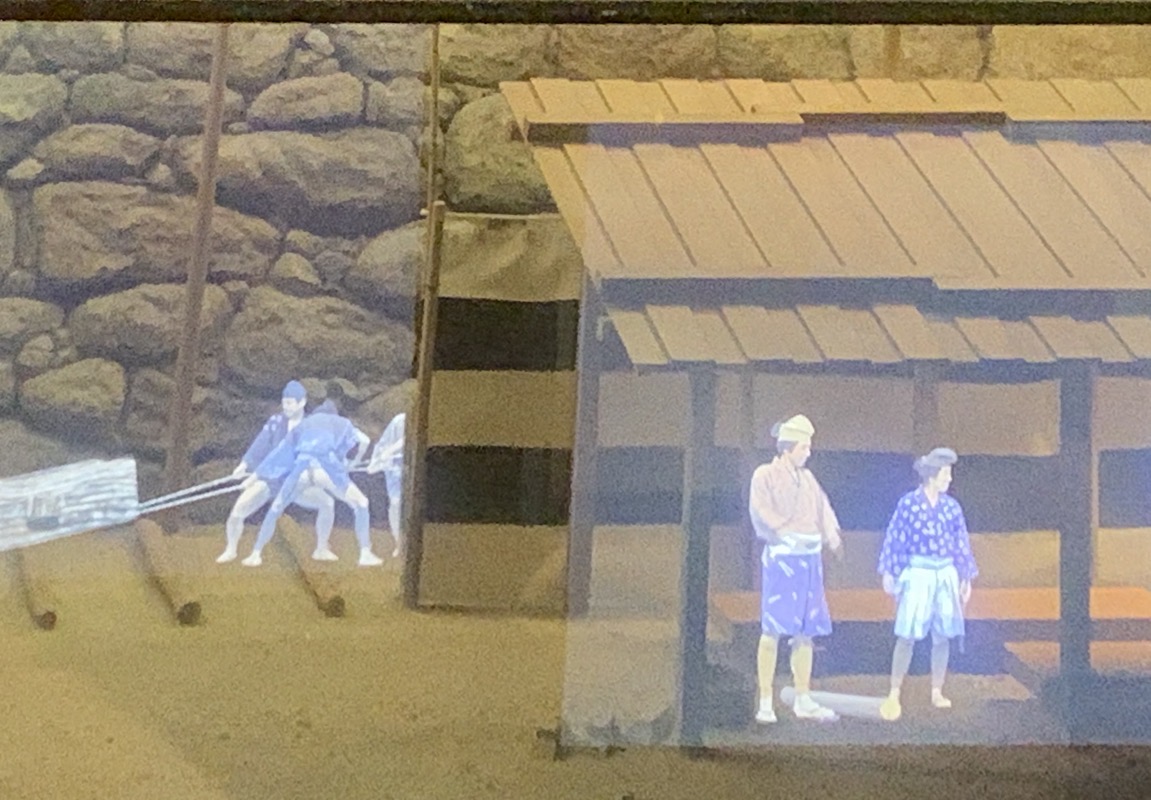 Level four had a lot of pieces of historical armour, woodblock pictures of military history things and all sorts of other pieces. They were very strict about photos, I was glared at for pulling my phone out to take notes.

I grabbed a copy of the exhibition guide for the armour bits. Sadly there wasn’t anything on the woodblocks. They were quite striking.

Level 3 had lots more woodblocks and history of the castle and its surrounds.

Level 2 was basically the exit, which had some more history of the physical structure of the building and examples of recent winners of their “Osaka Castle Sketch Contest” through Elementary and High School classes. 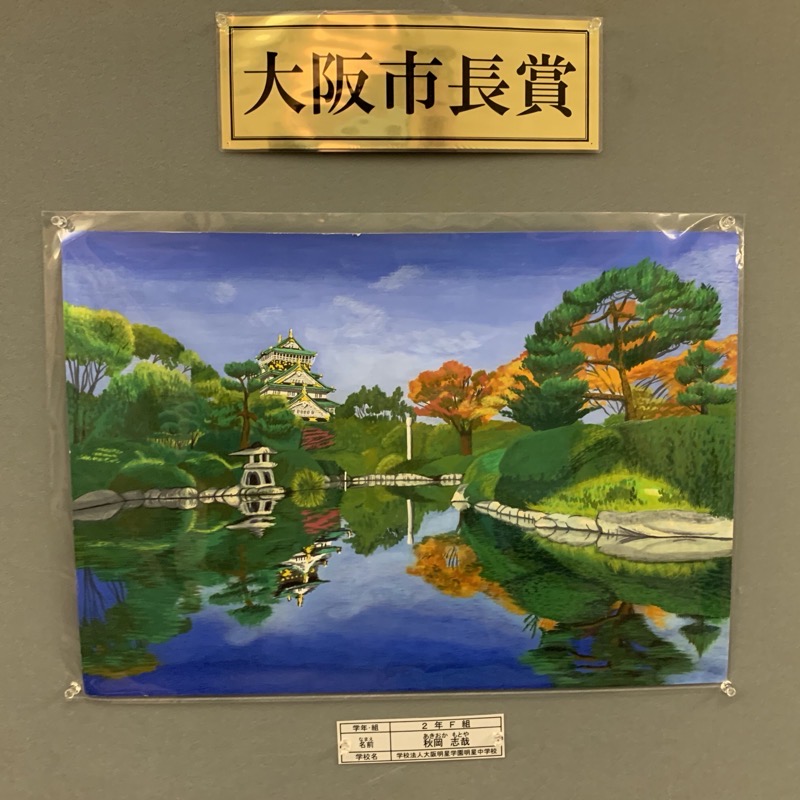 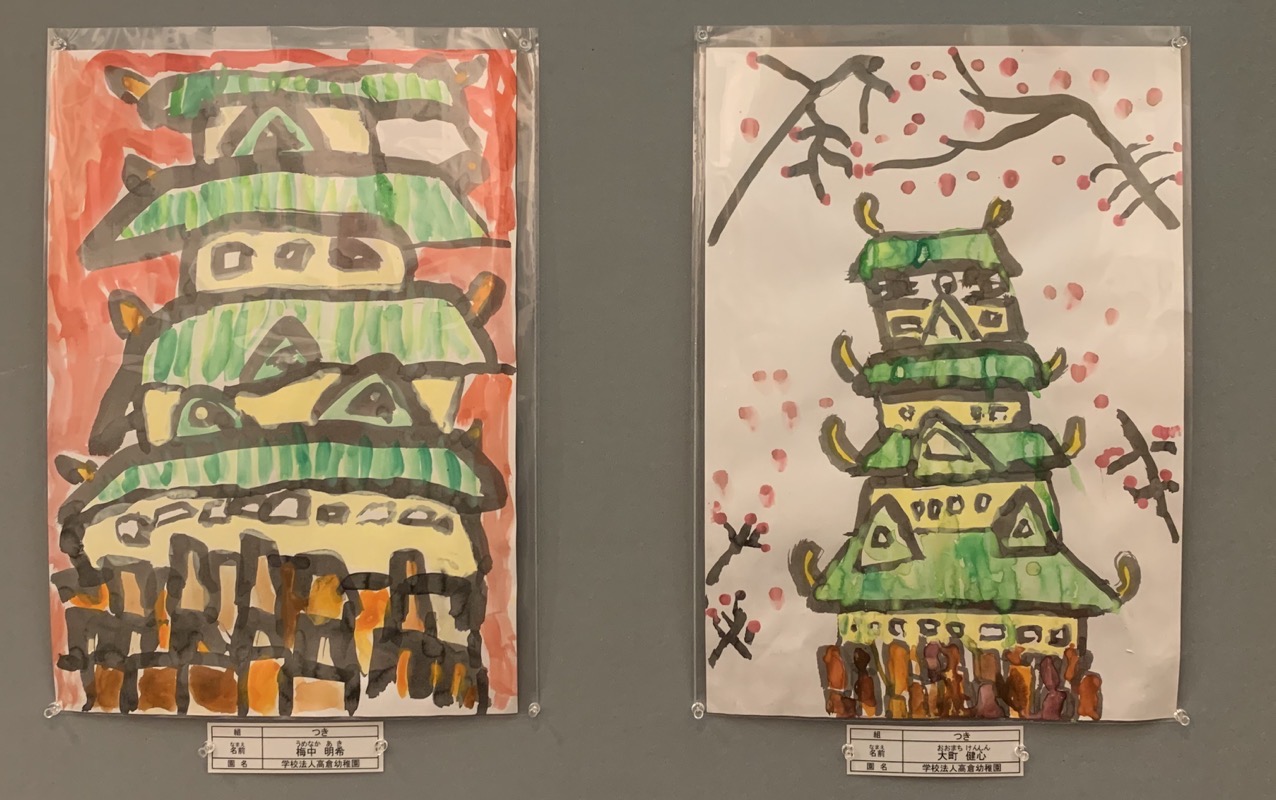 I’ve seen these everywhere, small seats in toilets for tiny children to be placed in while the parent is otherwise engaged. I have never seen one in any other country, it’s great to see another way that Japan excels - in that male parents take on the work of parenting at a society level. 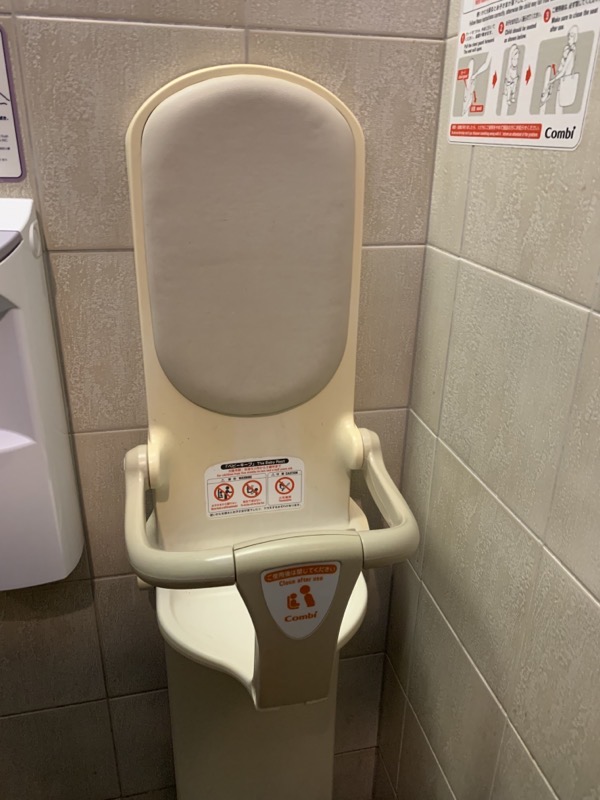 In June there is a Shinto ritual called the Nagoshi no Ooharai, where they set up a “chinowa” (large grass ring). It’s a place to walk through for forgiveness from misdeeds and to remove any other body or spiritual impurities, ready for the new year. 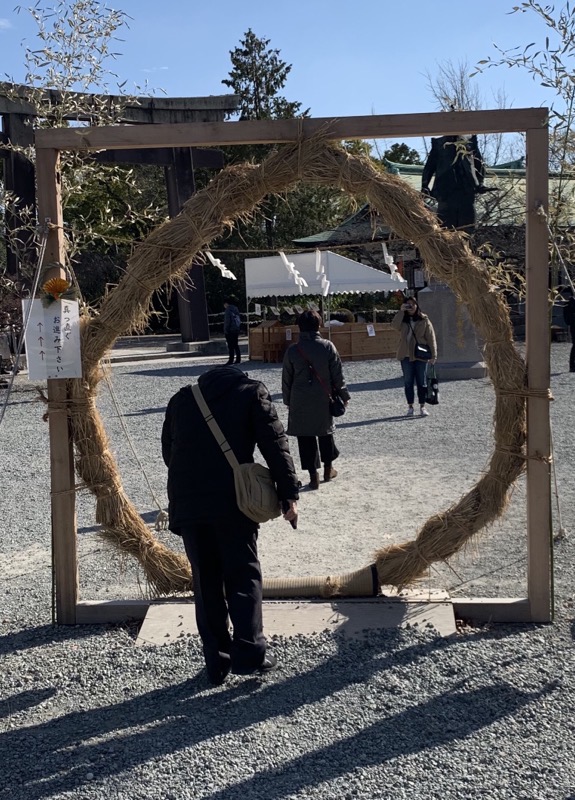 I have to say, I walked through it and my nose cleared. Good work, strange grass ring.

Sometimes, google translate just makes me burst out laughing. This turned into a running joke for the rest of the day. It was warning of fines for discarding pets in the area, which I guess is a problem? 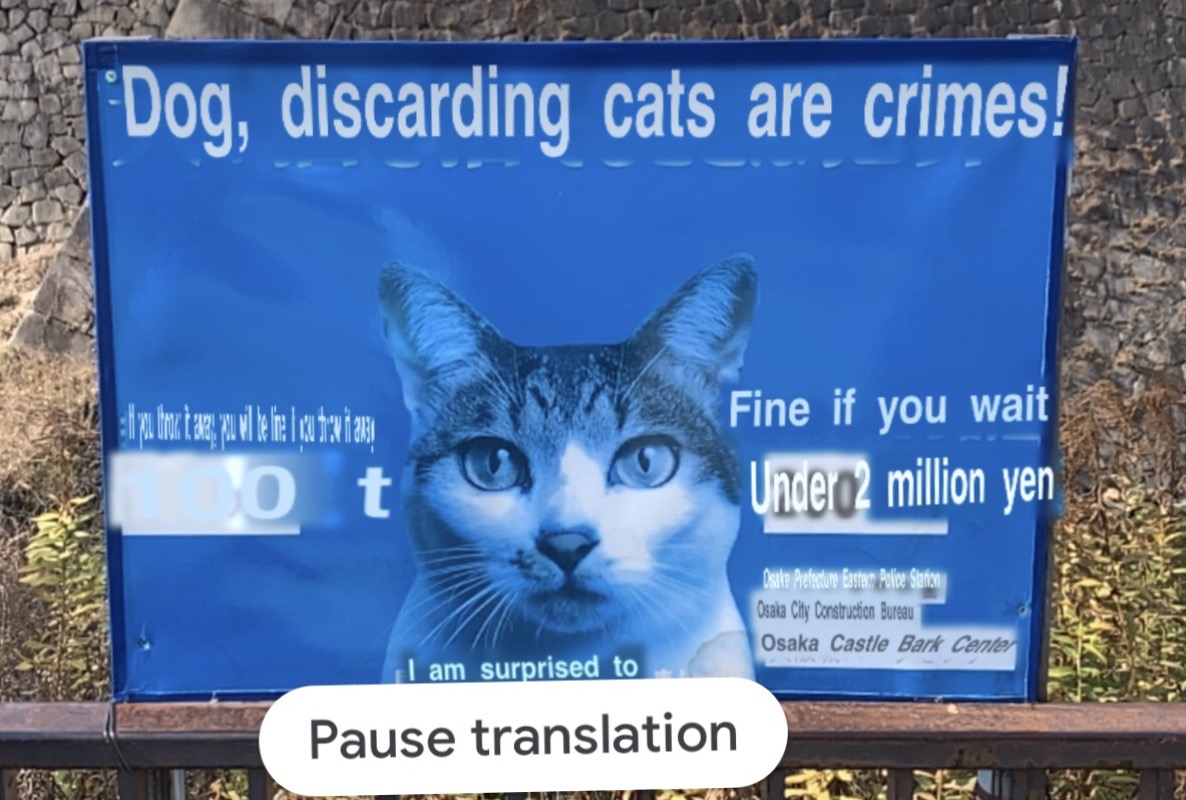 As we were leaving through the Aoyamon gate, I noticed some strangely piled up leaves. Someone had taken the time to write “2020” and the olympic wrings in quite neat piles of leaves. 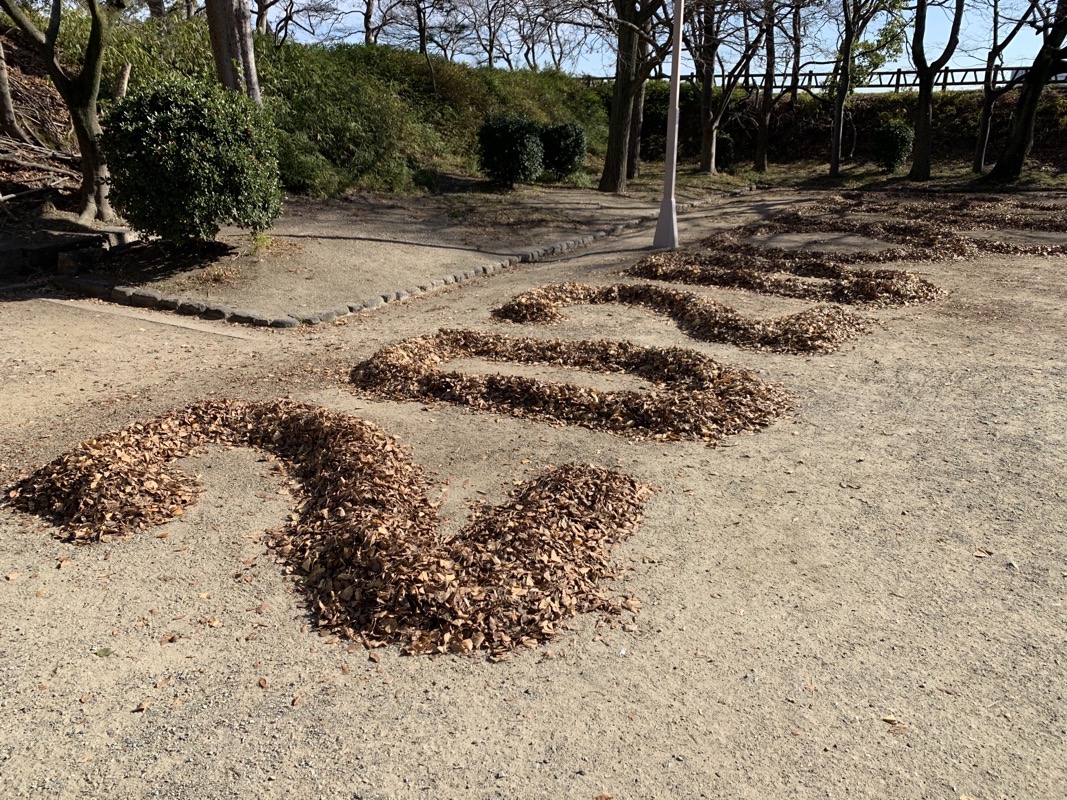 The plum gardens were just sticks this time of year, sadly, but the citizens forest and memorial trees were rich and green. The ducks on the pond were having a lovely day, and the contrast between the giant walls and the office towers was striking. 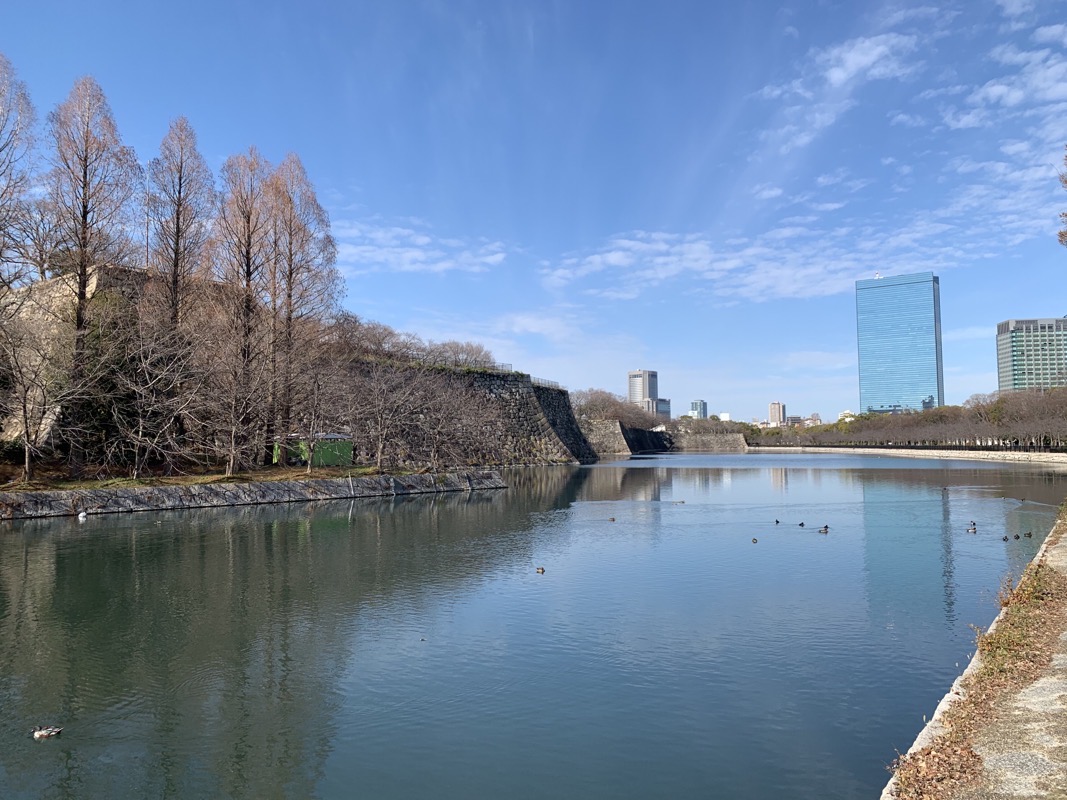 This place was great. It made me realise there’s a few key features to a good noodle bar.

A steaming, bubbling, noodle factory. This one was full of udon and the old guy running it would fish out noodles with the net and the giant chopsticks (along the side of the steamer) 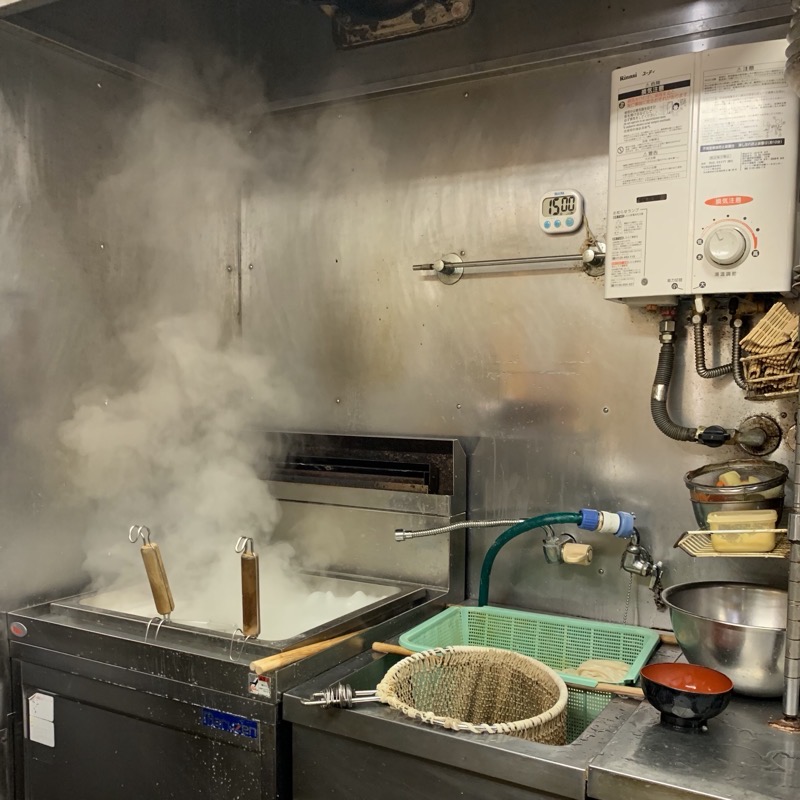 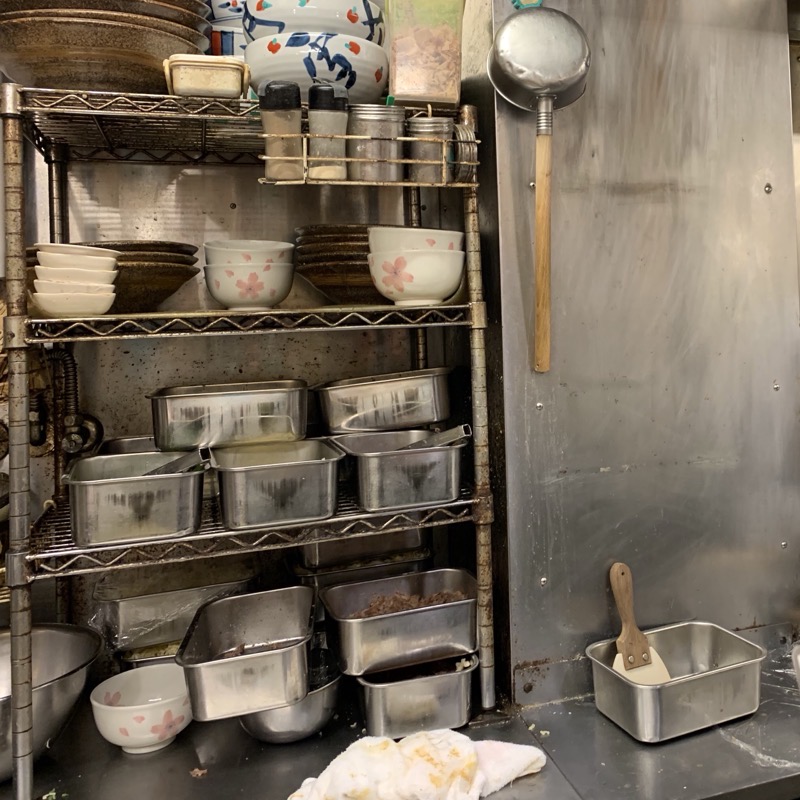 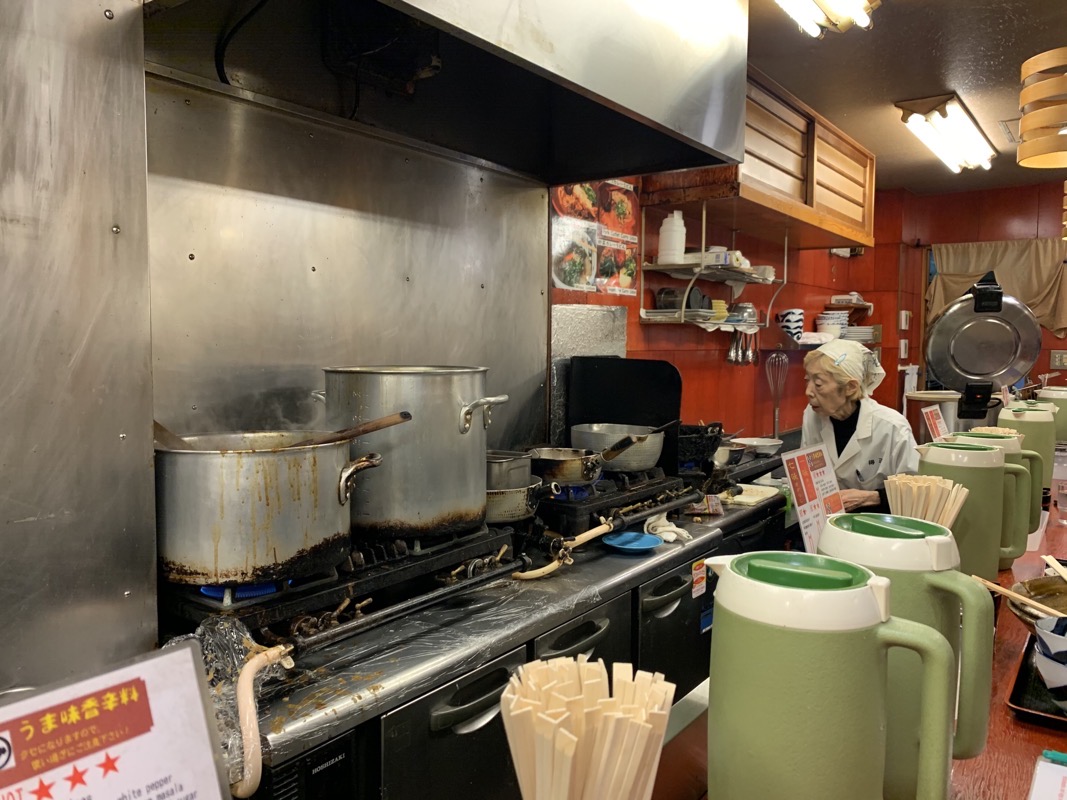 Spices. The “Hot” one was awesome. Not too hot, but nice and hot and flavourful. 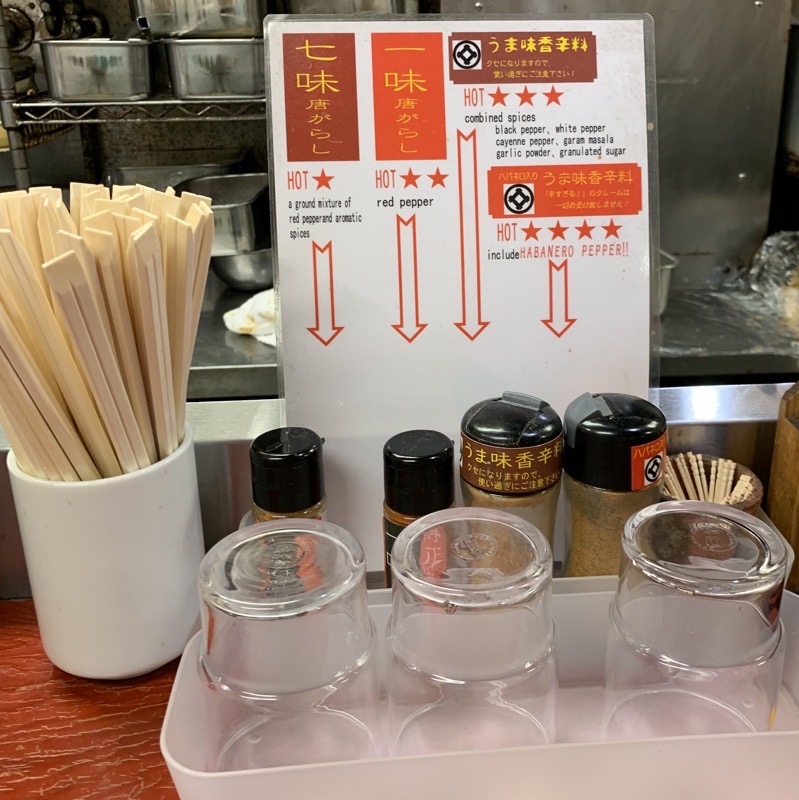 If you’ve got those options, you’re in for a good feed.

We went to Bic Camera to grab a replacement for my mobile phone battery… after a year and a half my 20Ah Anker PowerCore’s USB ports are acting up. Another Anker was duly purchased, tax free, assuming I promise not to use it before I leave. Hopefully mine (and a periodic loan of A’s) will last me the trip home.. until I’m through customs and then I’m opening it! 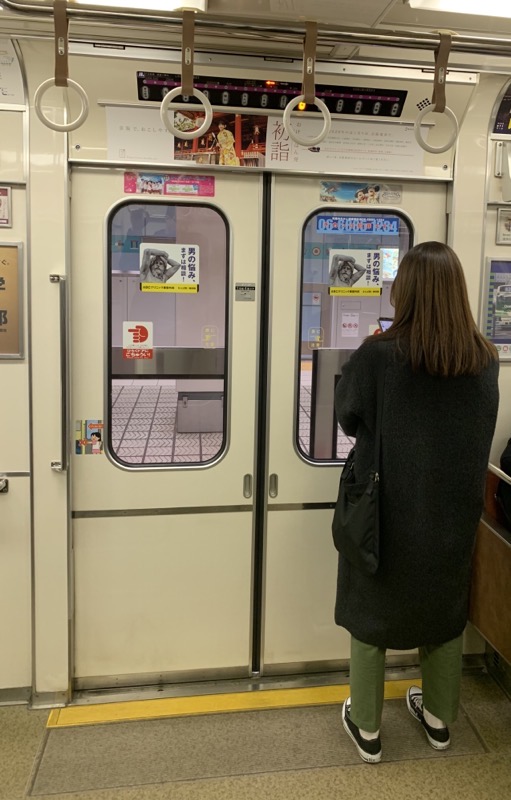 While we were in the Namba area we dropped into the local Super Potato. This one’s got a whole floor of current games, with retro being on the second floor. This UFO game to win random games was cute. 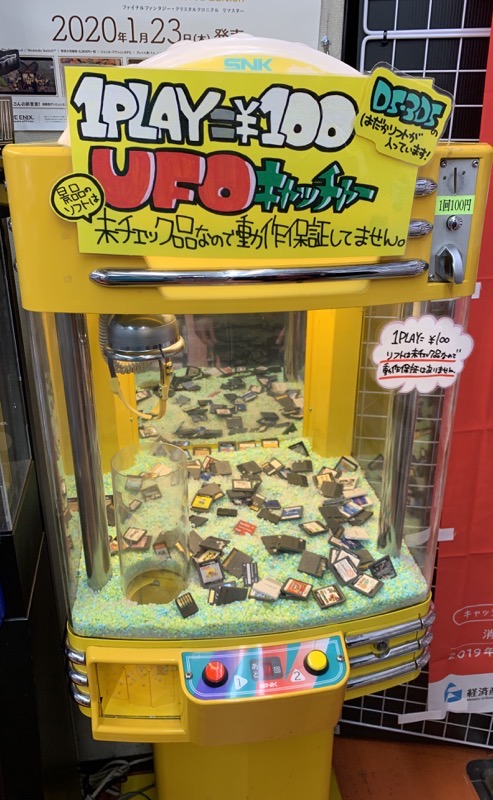 This was on the front of one of the buildings we passed on the way home, a really effective use of the front of an otherwise faceless building. 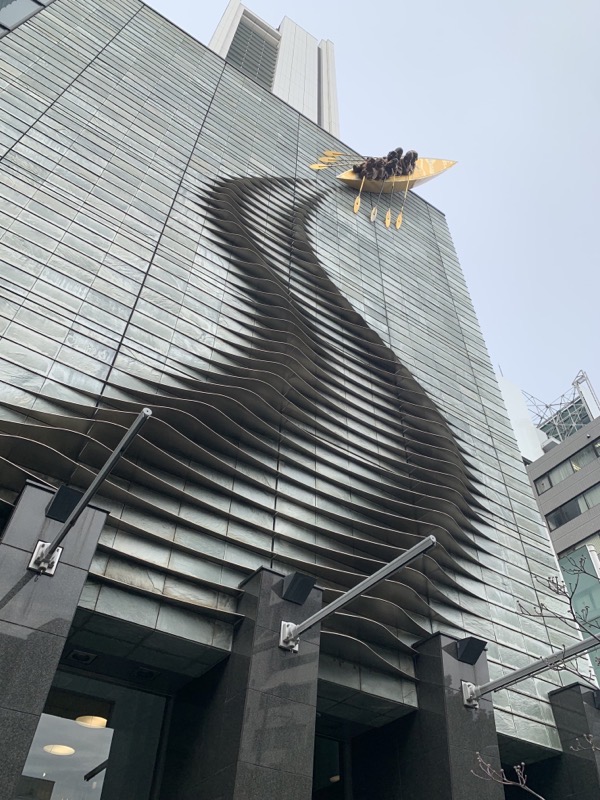 After sitting in the hotel room for a few hours this afternoon, chilling and doing nothing of consequence, it was suddenly 8PM and I was hungry….

TripAdvisor was failing me until I found Ramen Tsuji. All the key phrases were there “great broth” “tiny” “amazing” and we were off.

I had the “Tokusai Chuka Soba”. A heavenly mix of pork, egg, ramen and soy broth. 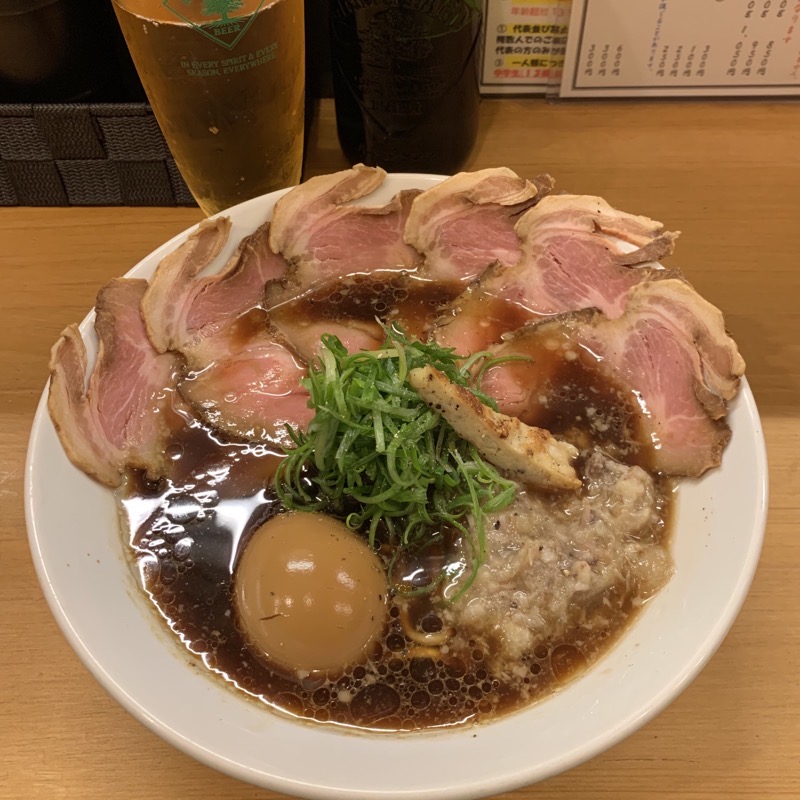 There were eight seats, a chef, his helper and a really small kitchen. It’s fantastic what happens when you concentrate on a single thing and do it really well. The rest of the kitchen (to the right) was a place to wash up, a place to take money and a pork slicer. 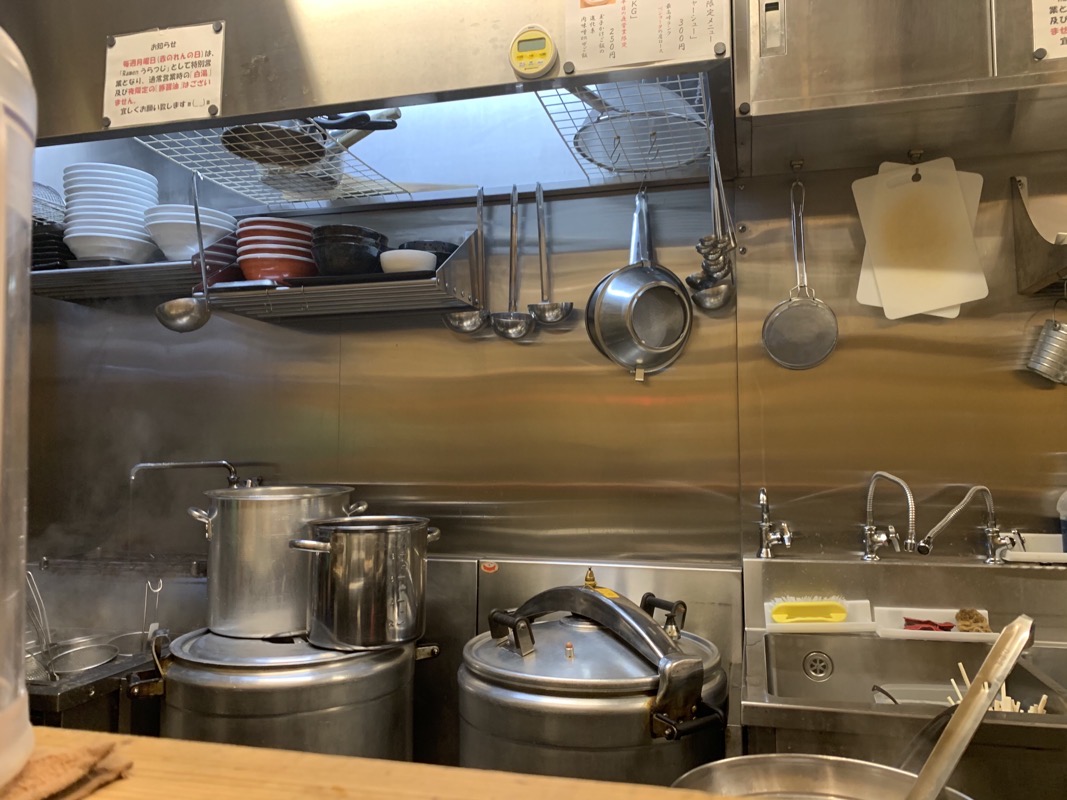 I really love these little quite places down strange alleys, and wonder how many I’m missing at home. 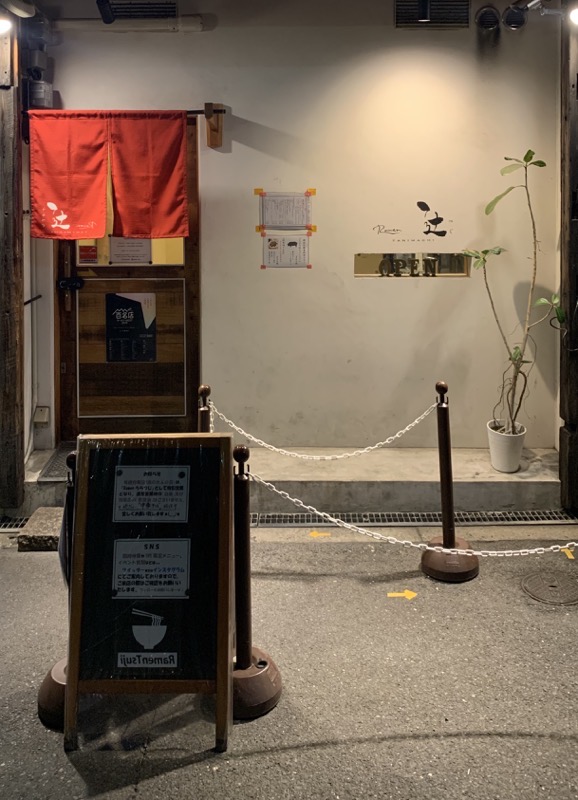