Today’s a transit day, we are leaving Kyoto and heading back to Osaka. Given it’s only a half hour train away, we have some time to kill between the 11am check out and the 3pm check in at the new place.

The news from home isn’t getting any better, but the art showing what a clusterfuck our political leaders are has really started to catch its stride. 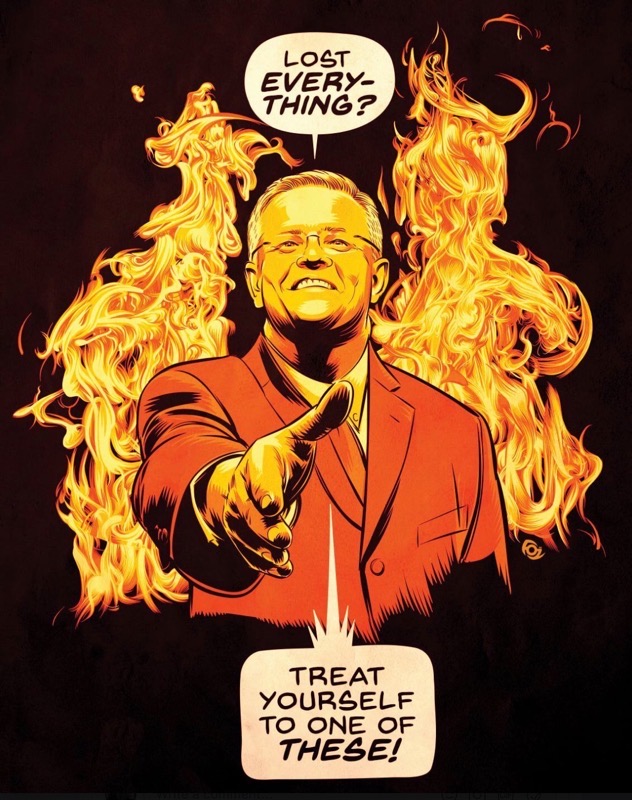 The only real plan we had today was to head to the Kyoto International Manga Museum. We dumped our bags in a locker at the train station and headed that way.

Well, this is not something you read at home… information from the ticket page of the Manga museum. I know it’s part of the horrible history of this country but it’s still a little bit surprising to see it as a thing…

People with mobility impairments or cognitive disabilities, as well as atomic bomb survivors are given free admission to the museum. (Please provide proof of disability, or bomb survivor designation upon arrival)

As we entered the museum the first thing we came upon was about 20 bookshelves of translated manga to quite a few different languages. Similarly, there were collections of “foreign” (ie, not Japanese) manga.

Next up was the “Postwar Manga Masterpieces at Full Strength” exhibit. Quite a large room, with twelve foot tall bookshelves on every wall, one for most every year from 1945 until now.

I cruised the shelves and took note of some things that grabbed my eye and made me wish I knew enough Kanji to translate some of the other titles.

There’s a room dedicated to an exhibit of plaster casts of manga artists’ hands who have visited the museum. The only name I recognised was Moebius. Awesome artist. There’s typically a sketch next to each cast, and I did recognise some of the art styles but couldn’t pick them.

Another hallway held a retrospective on Mita Heibonji, an eccentric who in the Taisho period started Garakutashu, basically the “Society of Hobby collectors” or.. what we’d call otaku these days. He had a collection of many different kinds of things, including poop, which he took moulds of and cast in gold. Curious guy.

The museum welcome message from Aramata Hiroshi, the Director, hidden on the second floor up the back showed someone with a heartfelt love of the art form. 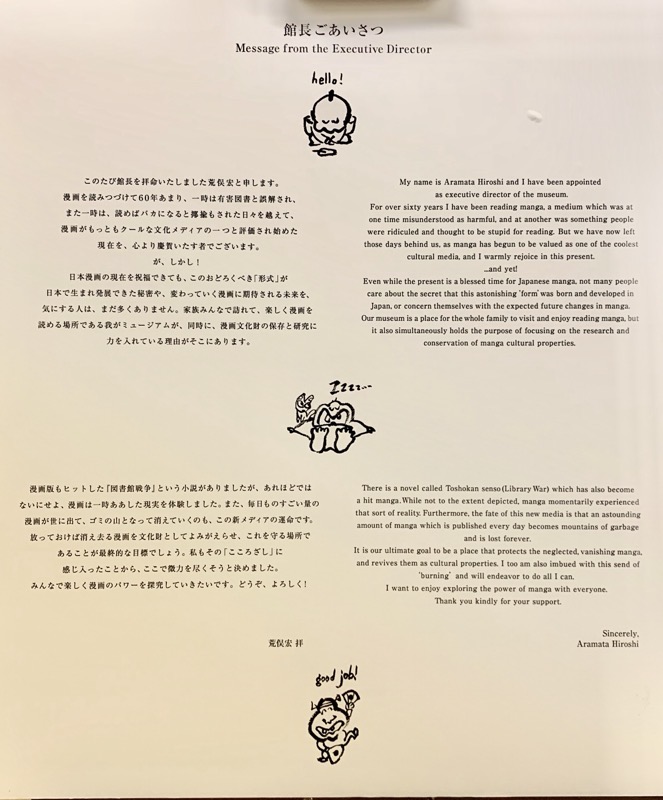 There was a small exhibit on the history of the school, built in 1869 as a part of the Kyoto education push after the capital was moved. They built 64 elementary schools as a response to the declining economy and identified need for education - some of them privately funded just because it was necessary.

I learnt a little about Kamishibai, street theatre style picture shows. They started with the buddhist monks as a storytelling aide, were popular before television in the post-war period as a form of entertainment and still are today for schools. They have regular performances, but we missed it today :(

There was a small exhibition on Mexican comics, called historieta. It’s always interesting to see how other countries express themselves. 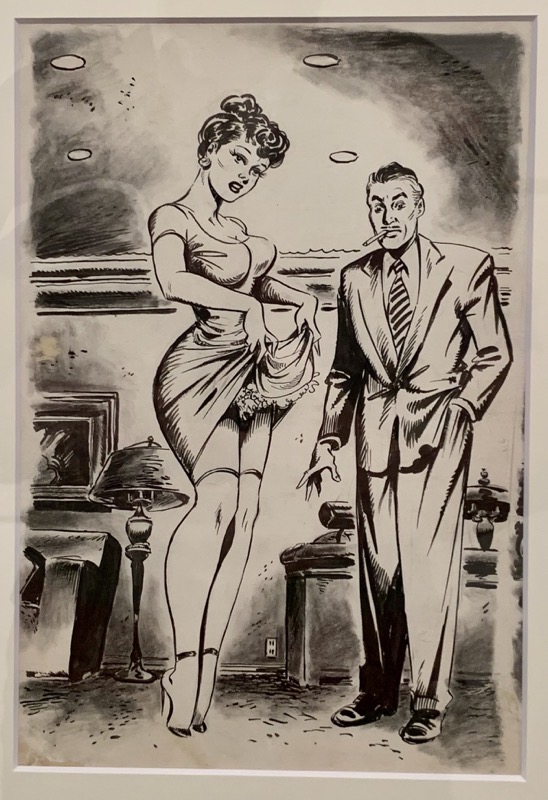 There was a section on Heroines, macho women who behave like men (because that’s what you’ve got to do, to become an protagonist in Mexico). 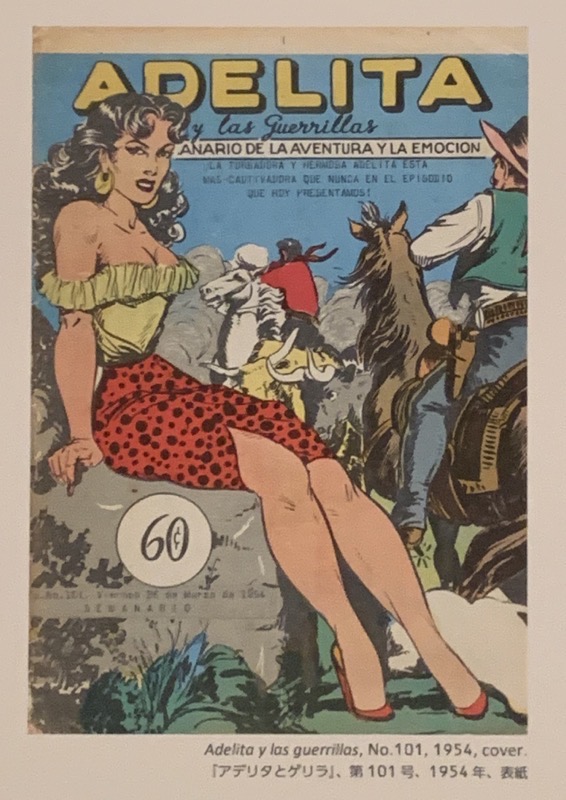 And a section on the saucier side of the art. If it brings in the money, people are going to do it. 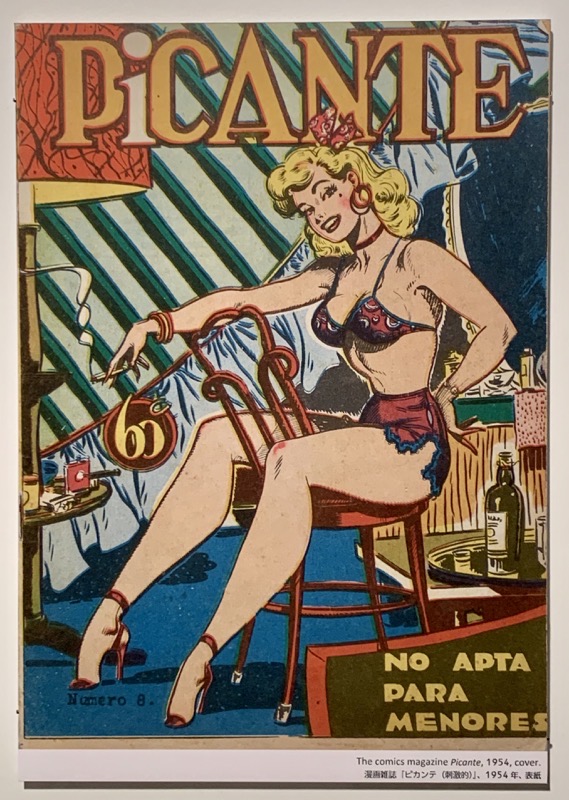 “Neo Monores” or fanzines in the modern era. 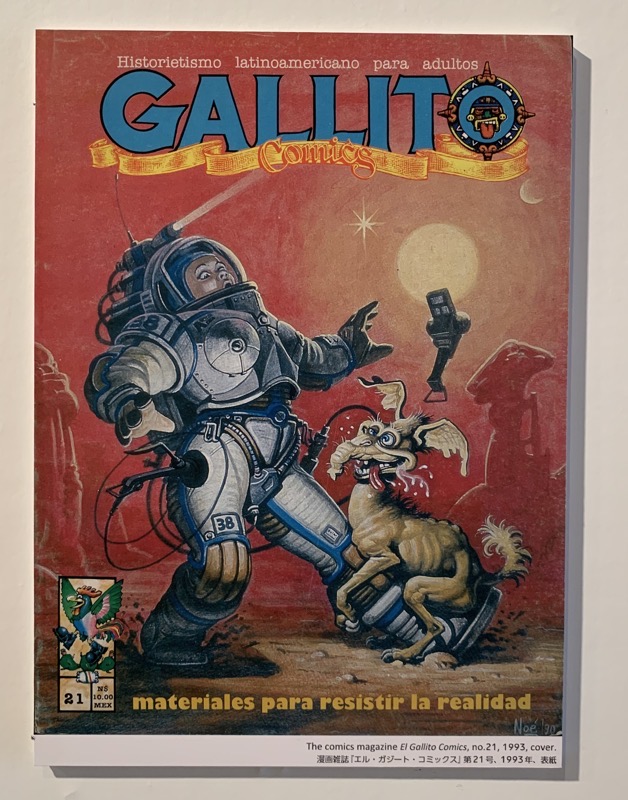 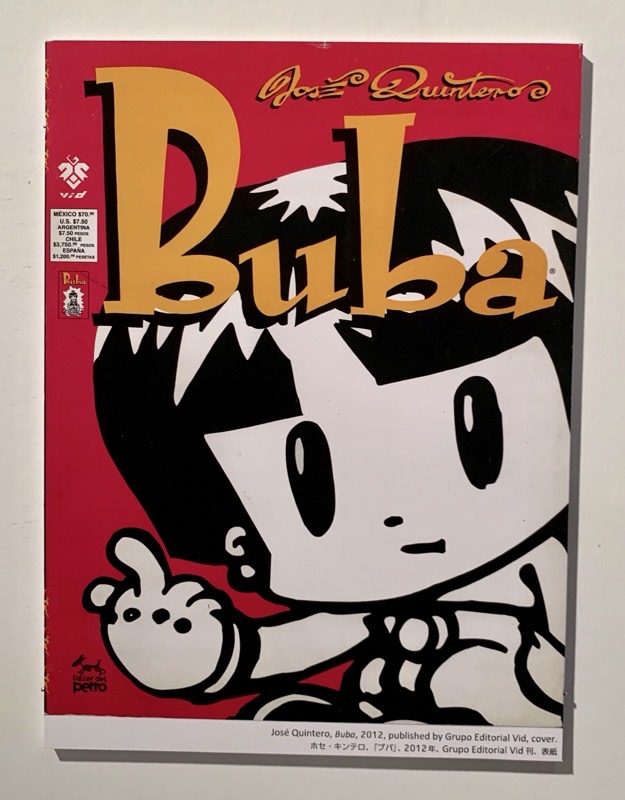 There were a lot more sections, but I was too busy enjoying the art to think too much about blogging and photography. :)

Every hallway looked similar to this, being filled with one donated collection or another, or a small exhibit about (for example) the best manga of 2018. 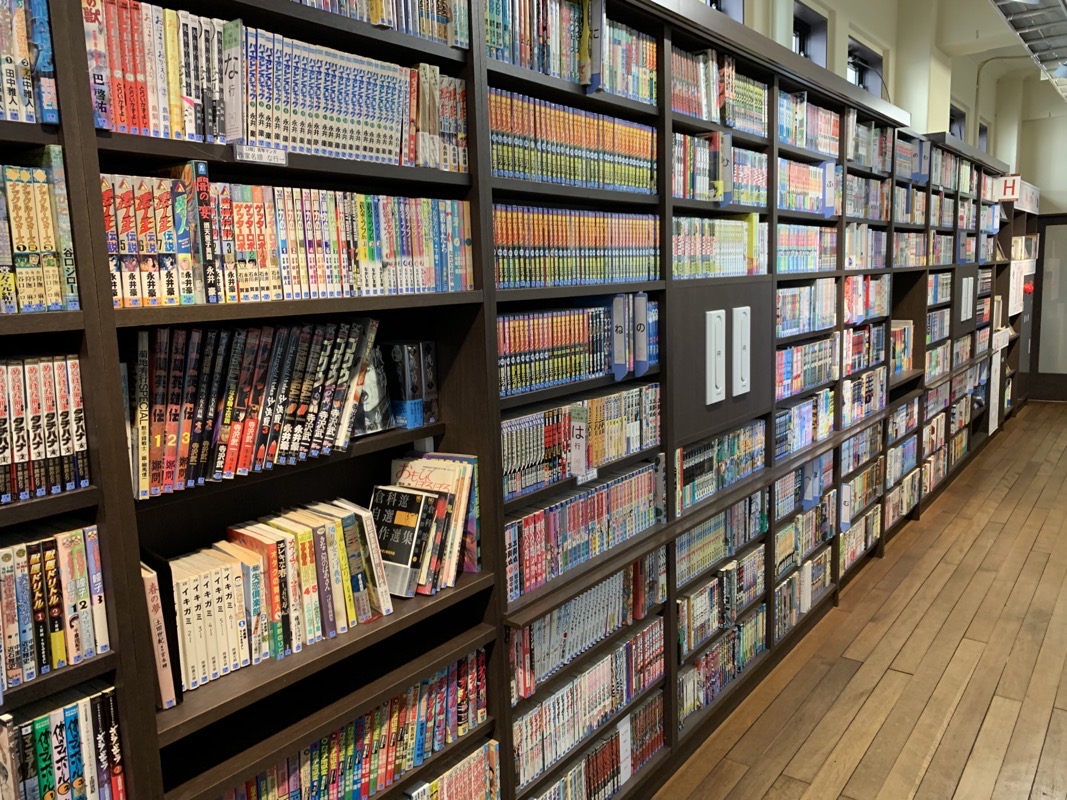 I found Takakura Nijo Ramen on TripAdvisor, having great reviews and scant other detail. I even thought I’d found it in Google Maps. It was only a few blocks away so we toddled off. This is what we expected from Google Street View

This is what we saw … or didn’t, because we weren’t looking for the… 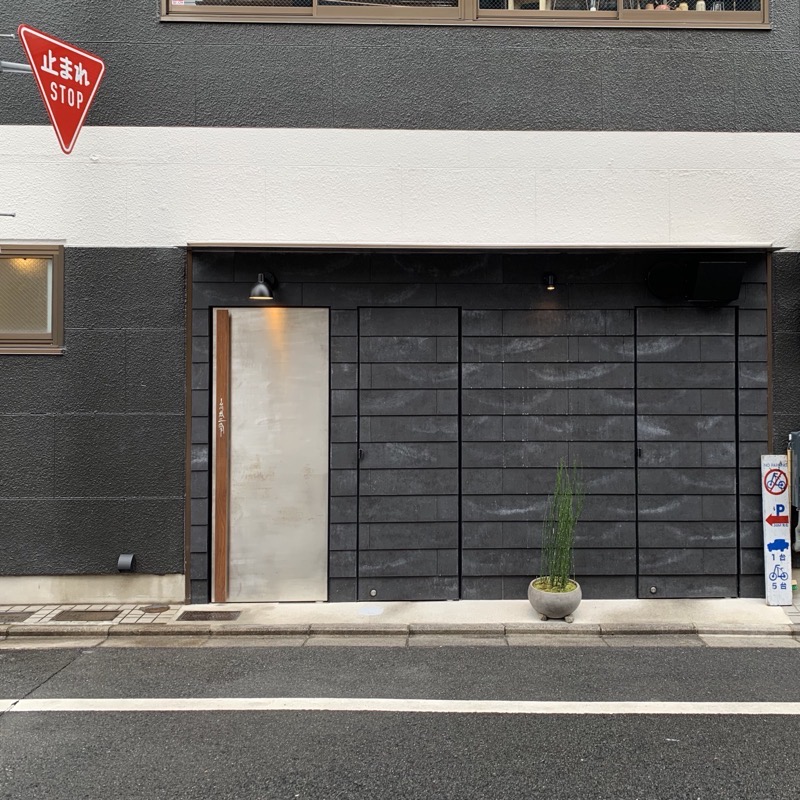 …strange anonymous door in the wall. Someone else turned up and opened the door while we were looking for it, and surprised us with a hidden Ramen restaurant. Stranger still, the panel to the right of the door opened up and disgorged some gorgeous ladies who’d just had their lunch! 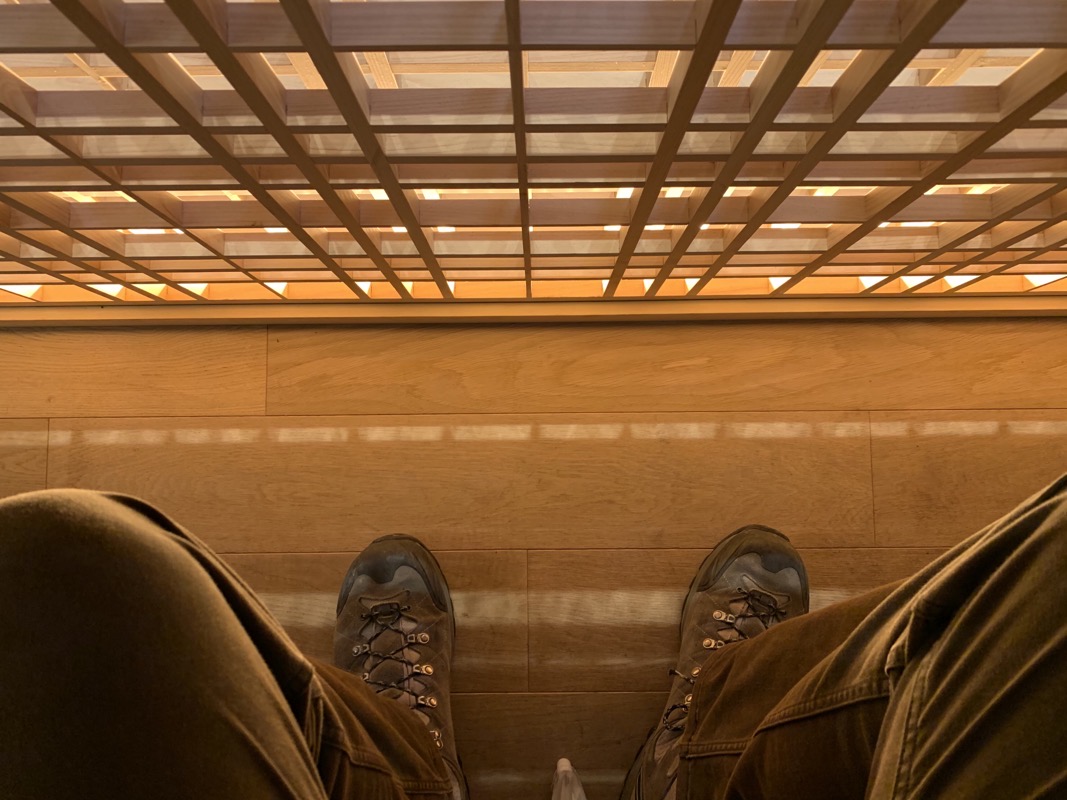 This was definitely worth the wait. The broth is hot and thick, the cha-shu pork is hand-torched and delicious, the noodles are freshly made, never dried and cooked to perfection. 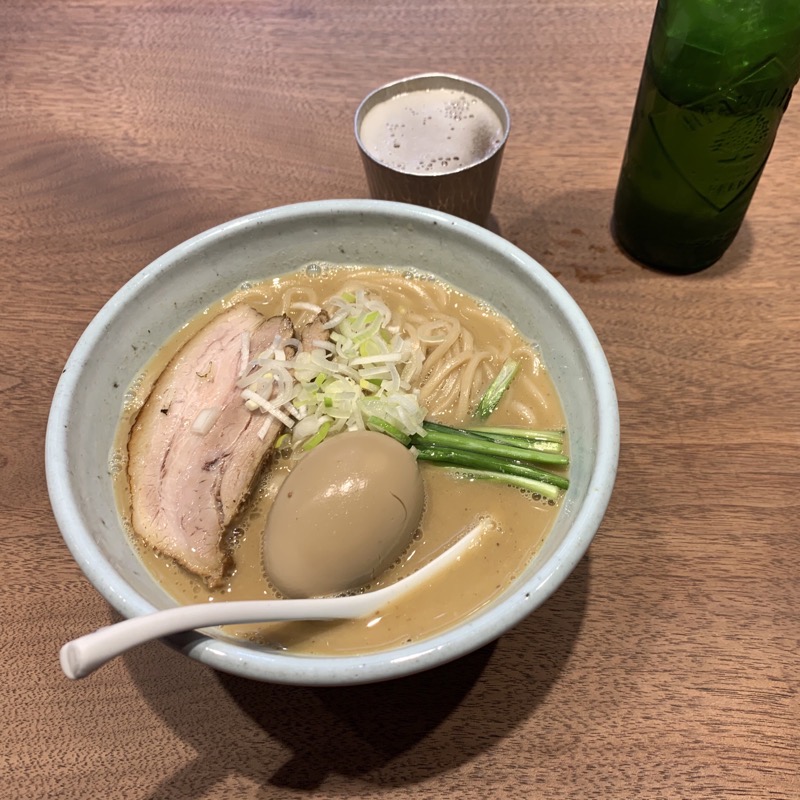 So, is this just an excuse for me to show you my crotch, or is there a sneaky drawer at each table setting? 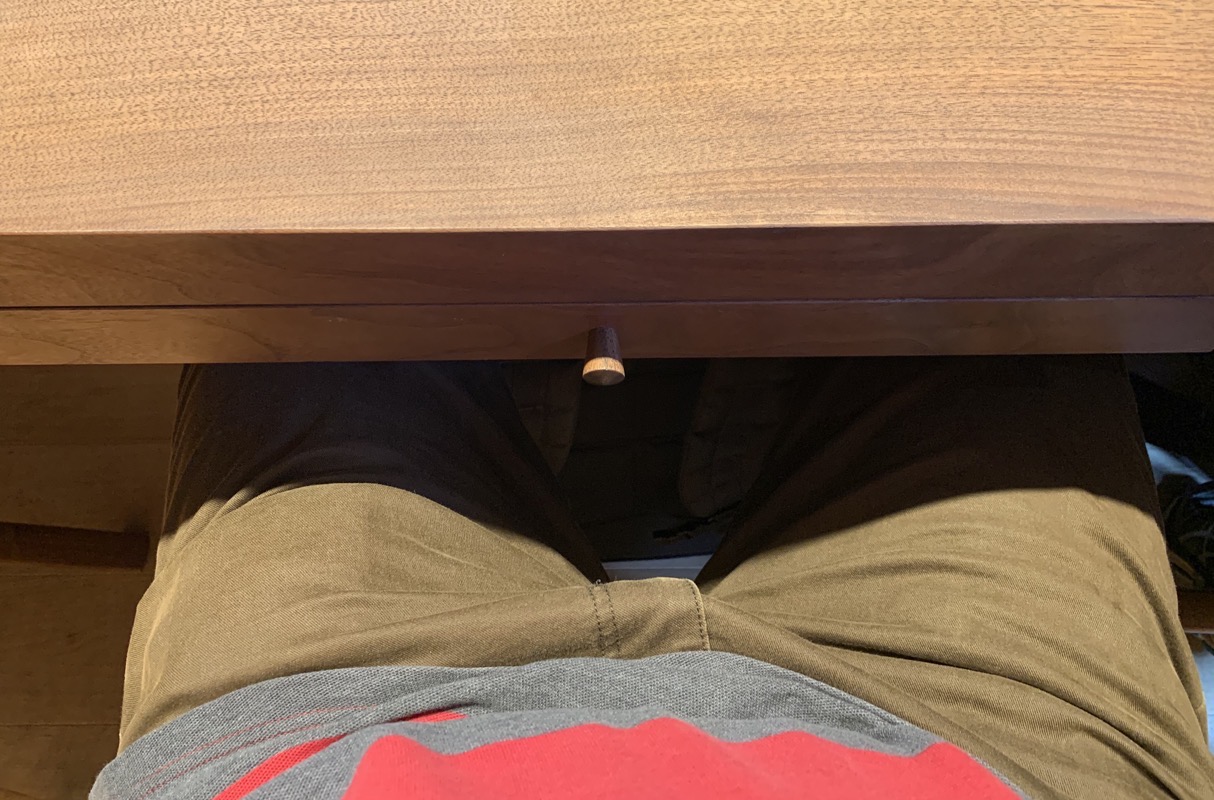 Sneaky drawer, the crotch pic’s just a bonus for you. ^_^ 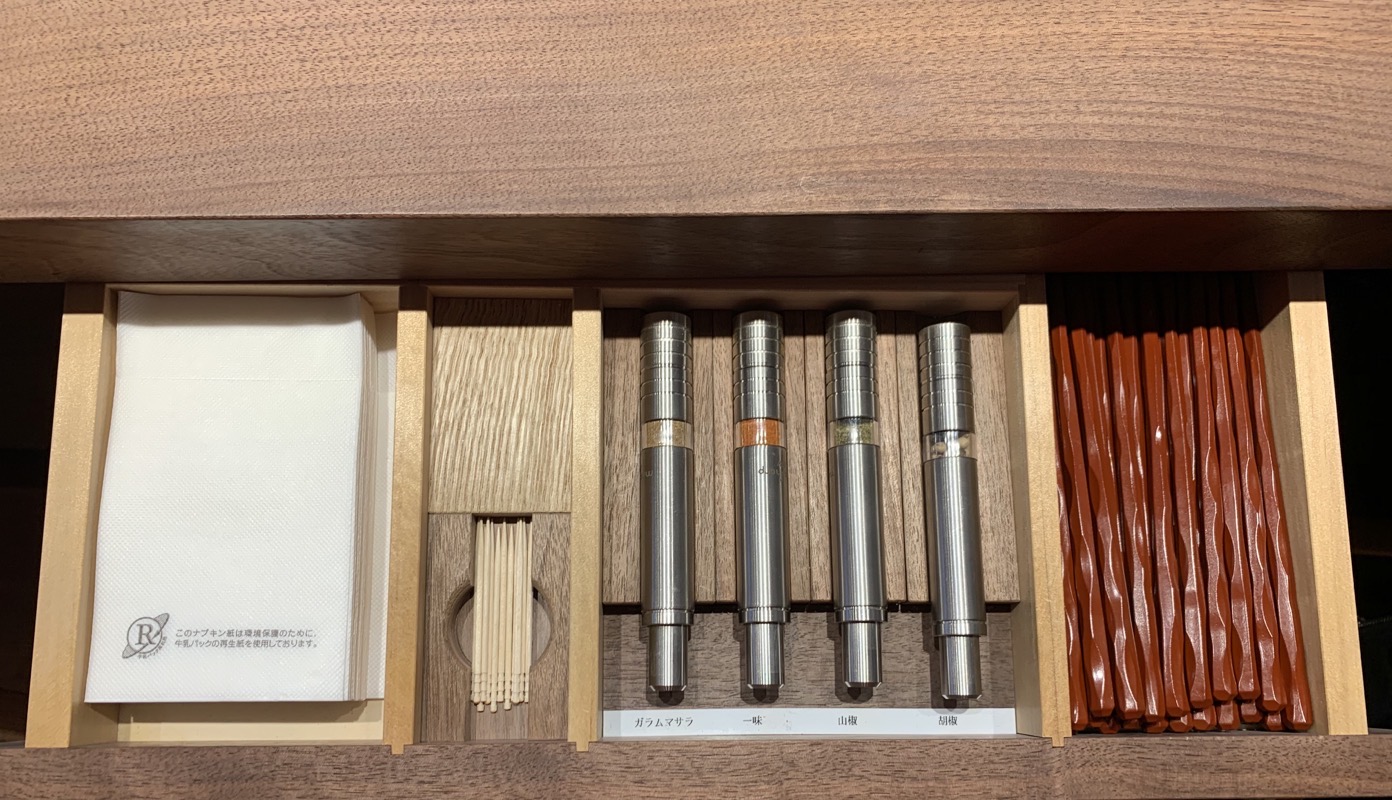 I made a mental note, twice, to myself to remember to look up those little spice grinders (since that’s what those silver things are) and do you think I remembered to note the name or take a proper photo? Nope, I was too caught up in how amazing the food was.

On the way to the station we stopped at Yodibashi camera to check out the new-year sales. Nothing I could take advantage of, but I wandered around a bit as the Kyoto store is quite different to the one in Tokyo.

I really would love to live in a place where the “variety store” has such a great pen selection. Cross, Pelikan, Mont Blanc, Century. Lamy and a few other brands were there. It’s pretty great. 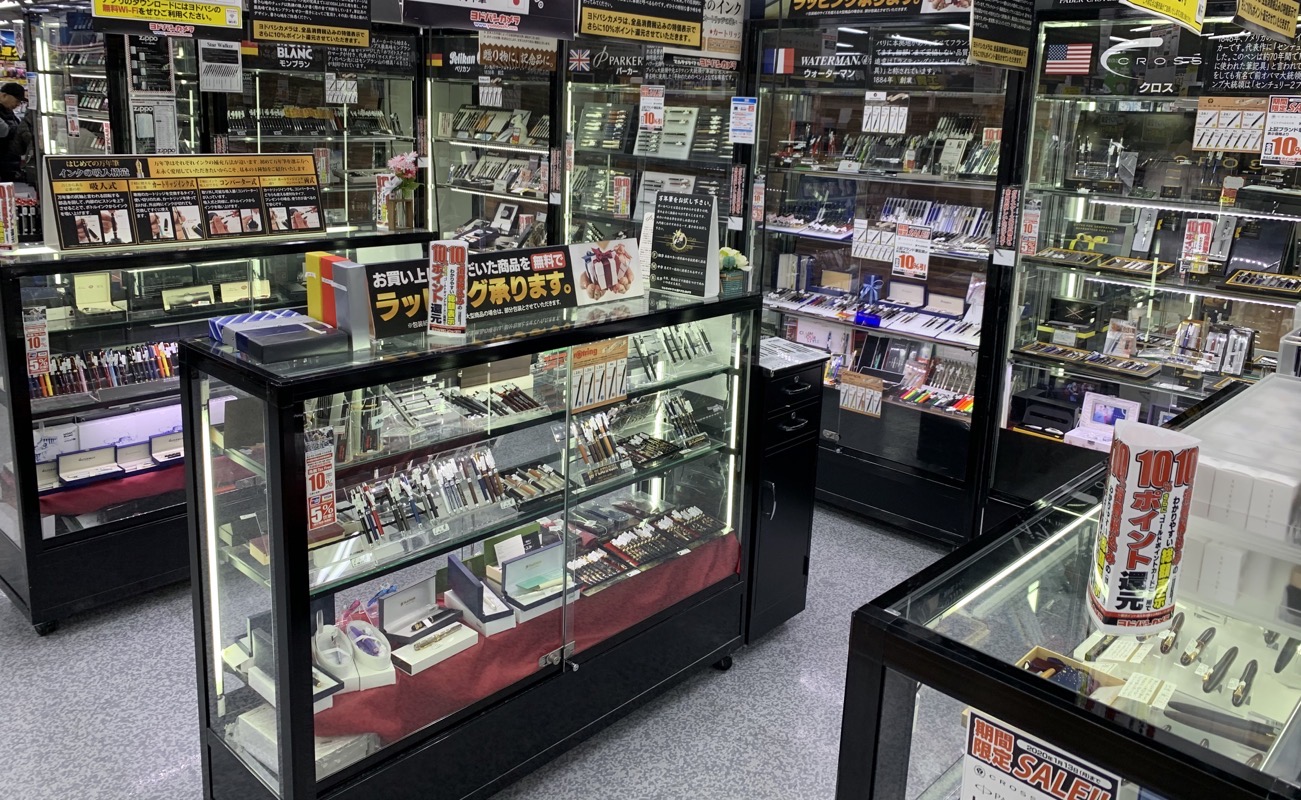 Or a collection of inks and spares that would rival anything I could even order online in Australia. 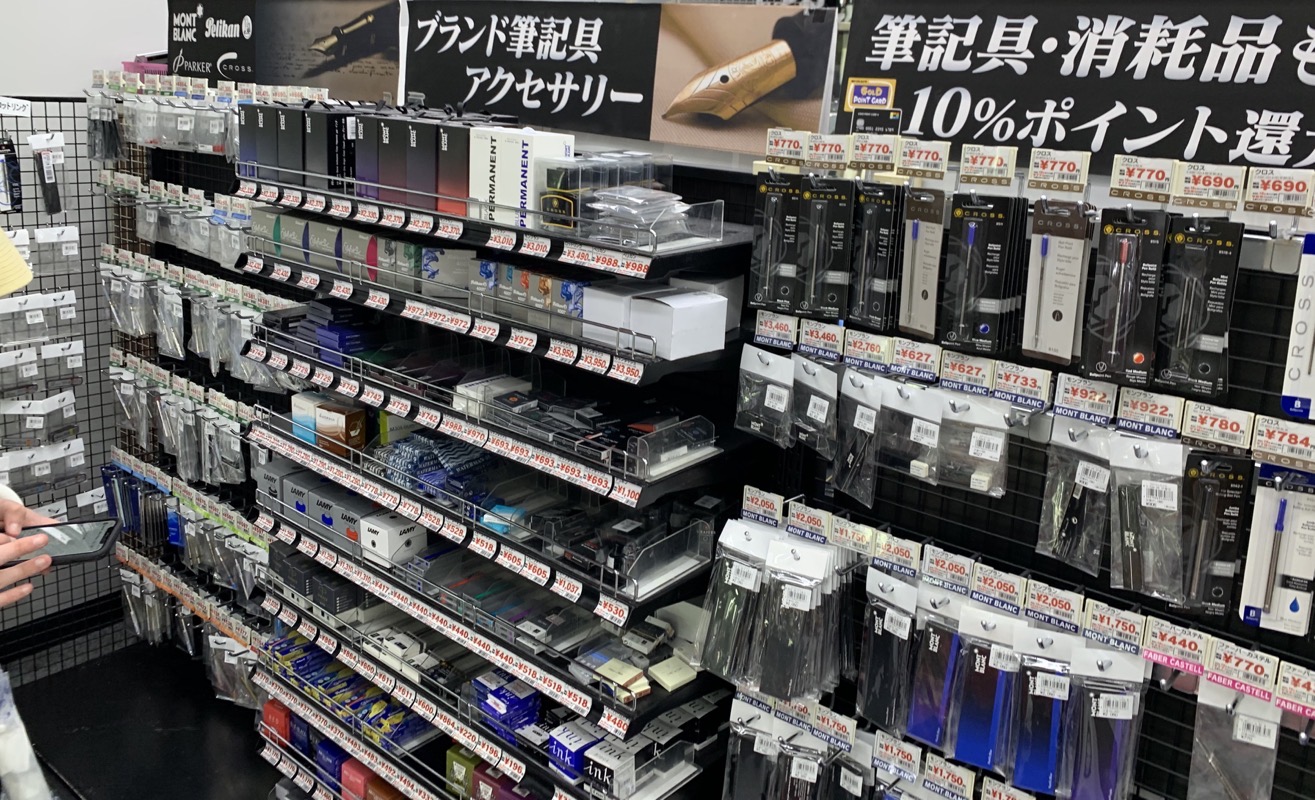 We eventually made our way to the train(s) - three commuter trains - standing all the way with bags overloaded with souvenirs. Got to the hotel, checked in and went splat, with a brief resurrection for blogging and noms.

I’m a big fan of peaceful water features as you might have noticed in some recent posts. I realised I’ve been frightfully remiss in not posting one I’ve seen every day for a week now.