Waking up to more news of the horror befalling my home country wasn’t a great start. Fuck the liberals. Fuck Murdoch. Fuck everyone that’s had anything to do with the policies and corruption that have led to this truly horrifying state. That includes me I’m sure, so well, fuck me. 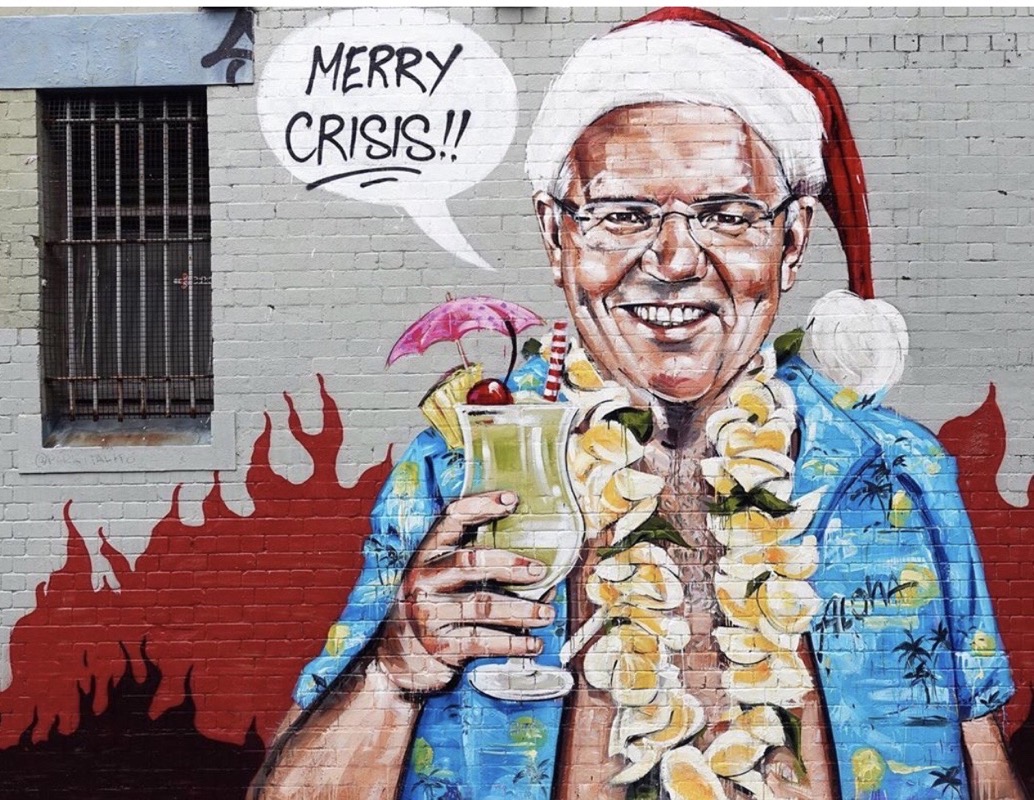 This is going to be a short post for sure. Today was the day of “please don’t take photos here” places.

This bus, however, I couldn’t pass without taking a shot. It was utterly packed full of minions toys; the driver would barely have had room to fit in the seat, Japanese stature or not. 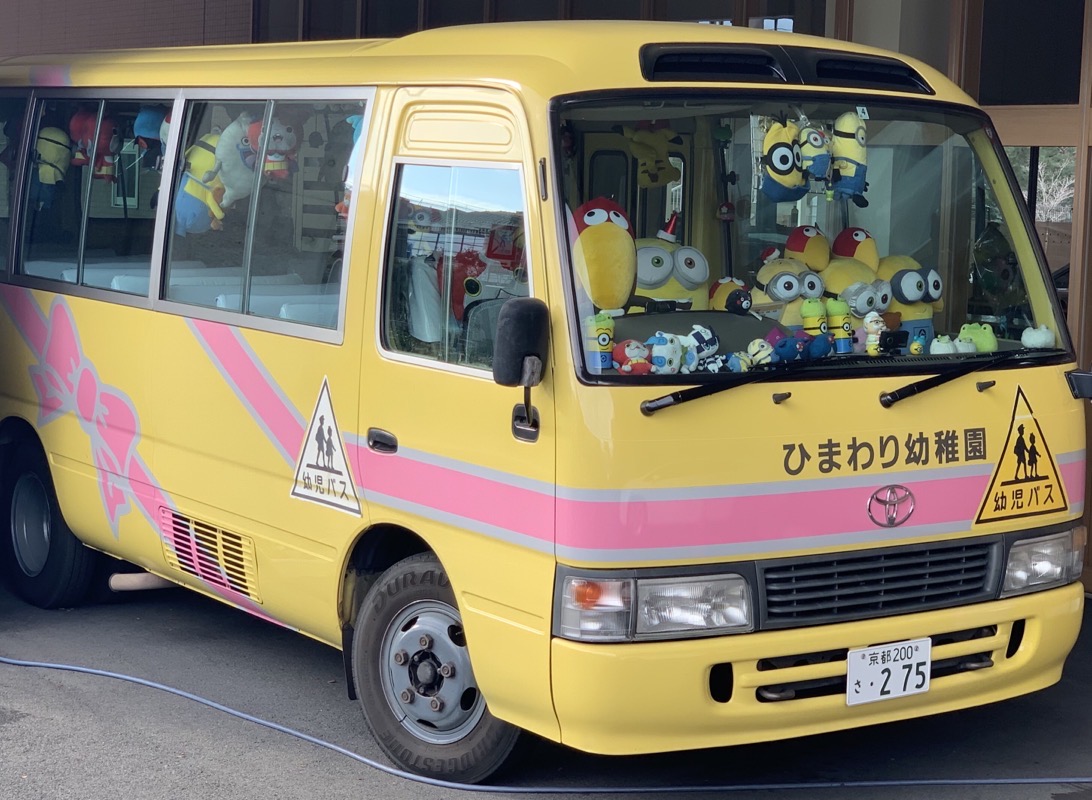 First up was Nijo castle. 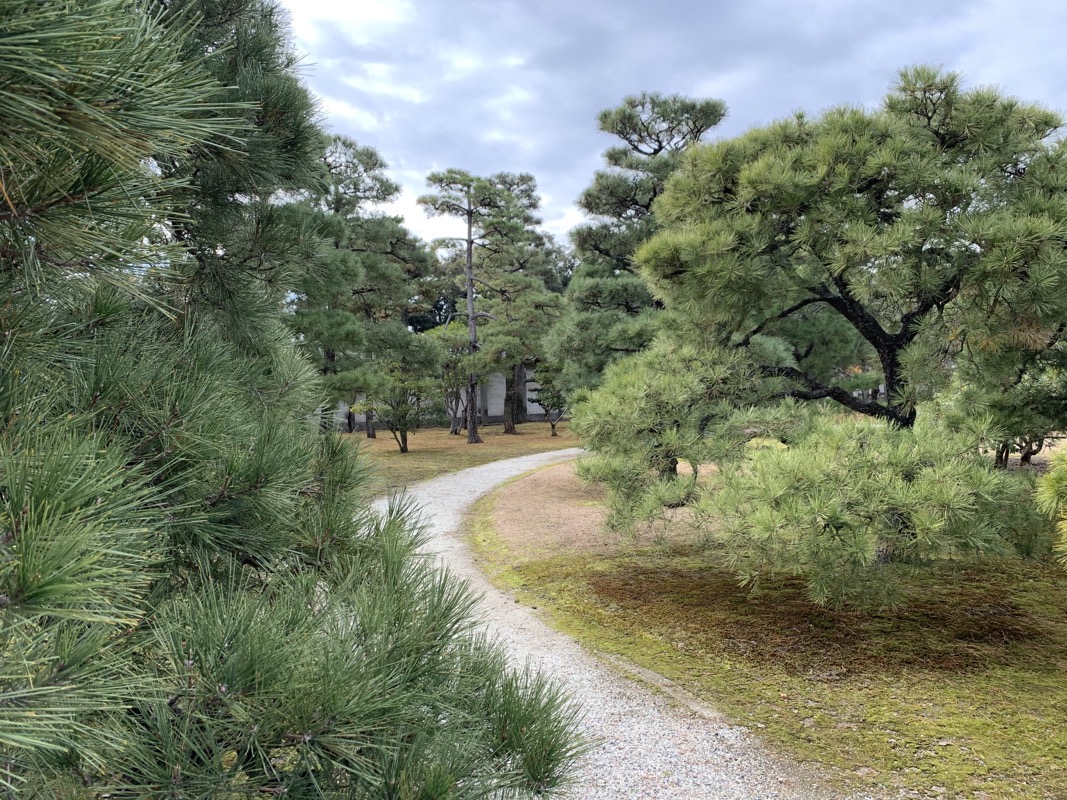 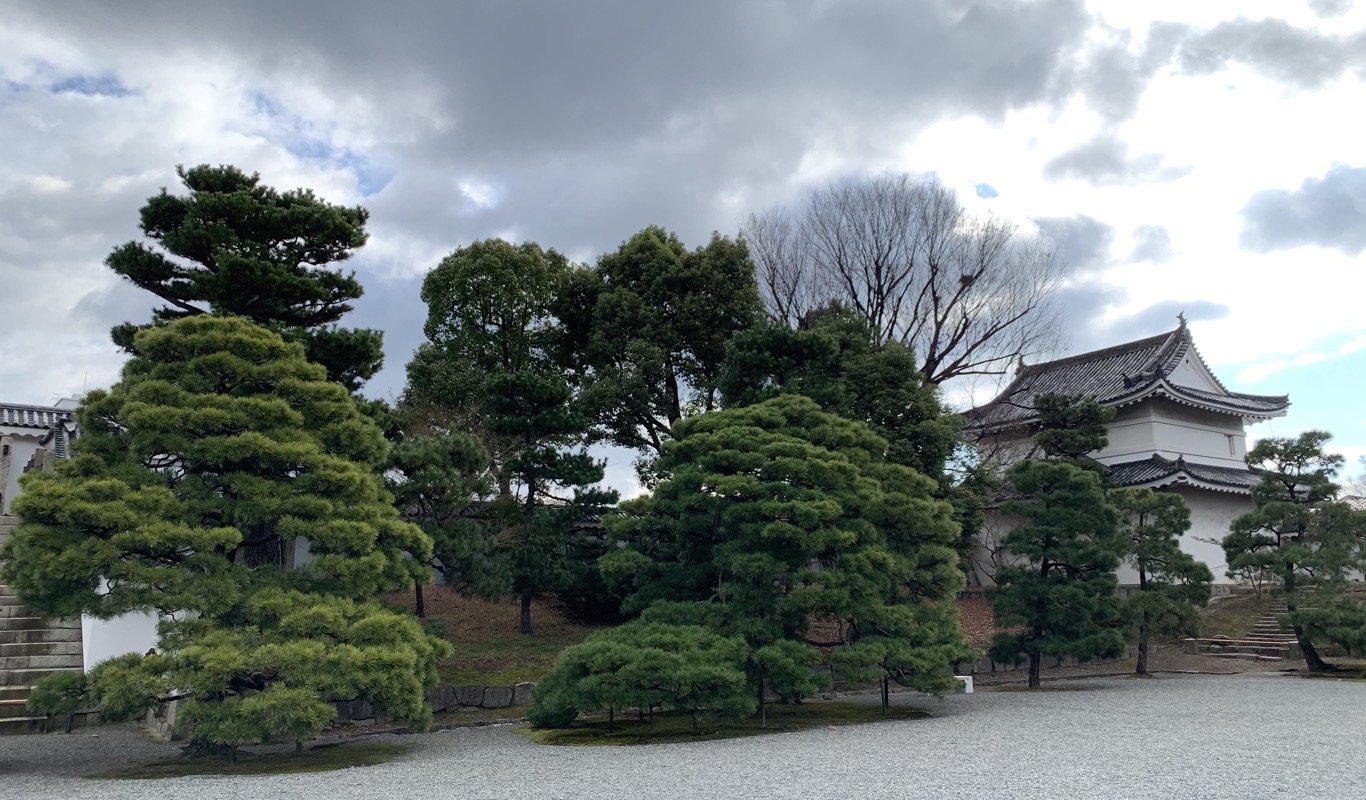 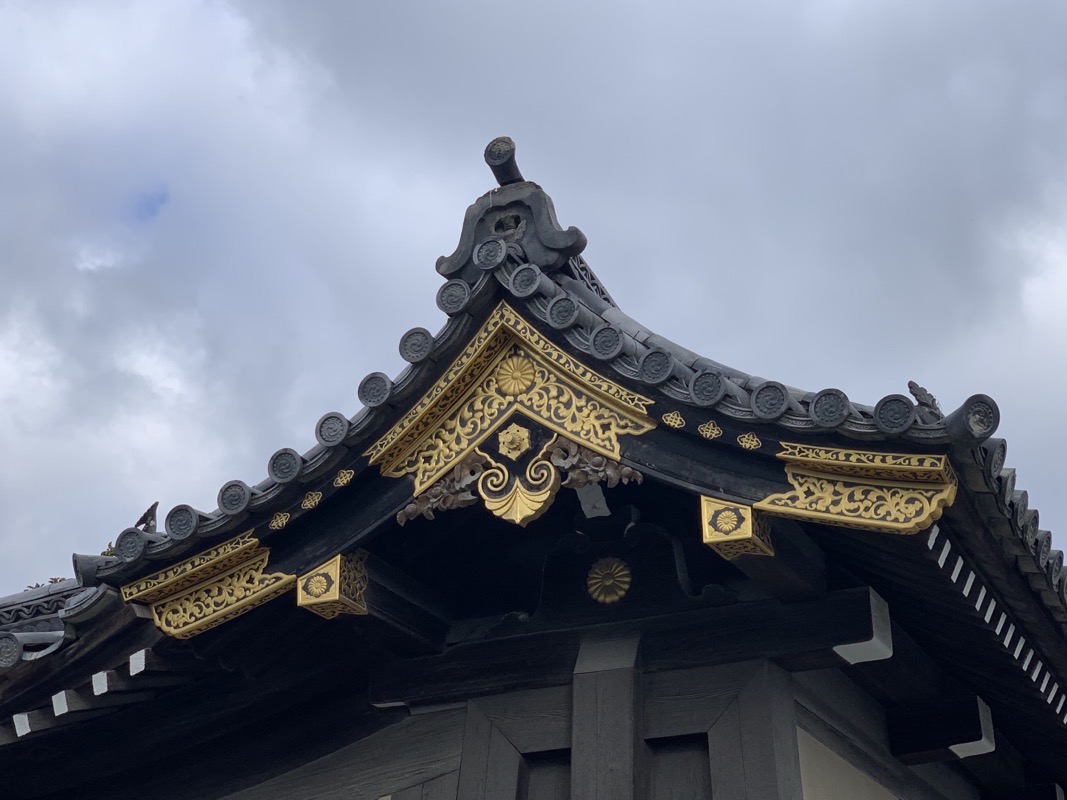 The Kara-mon gate is pretty spectacular. It’s recently been restored to glory, and the craftspeople have really made it look amazing. There’s so much detail, with carvings of cranes, bamboo, pine, plum blossoms and other animals. 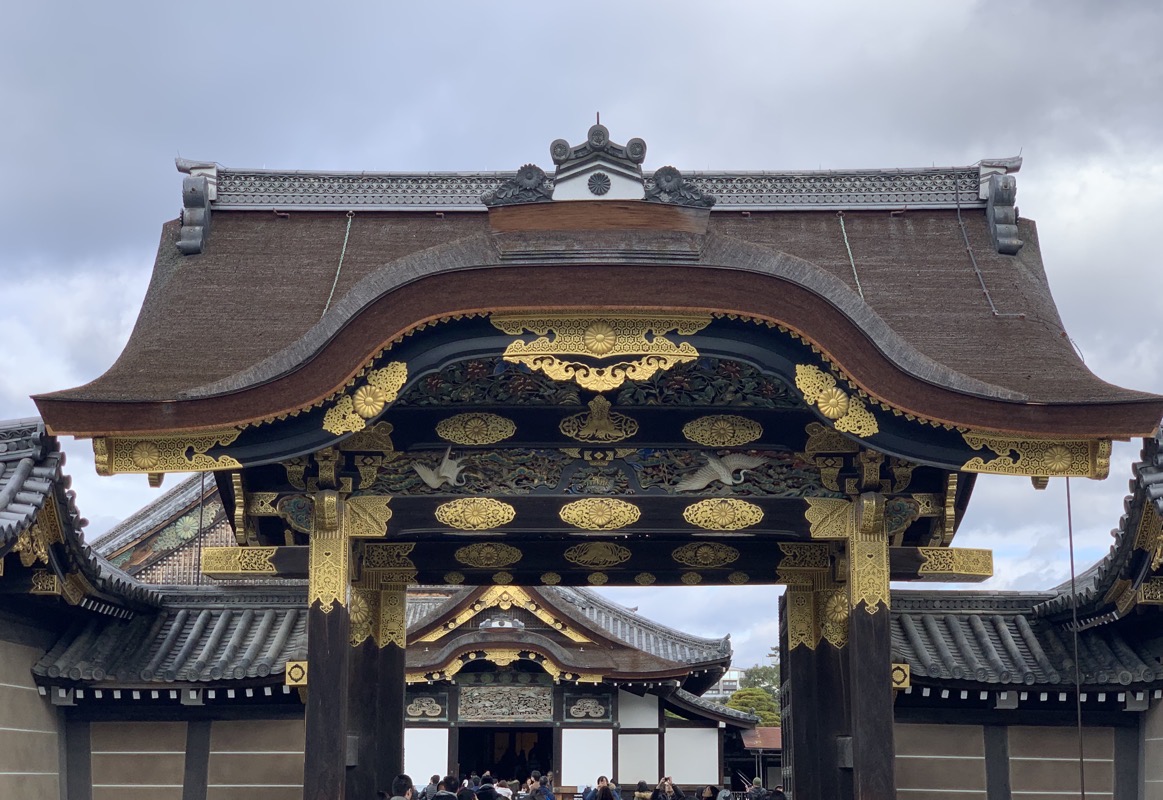 The Ninomaru-Goten palace is a rambling complex of six buildings covering over 800 tatami mats. They were very strict about no photography in this space. 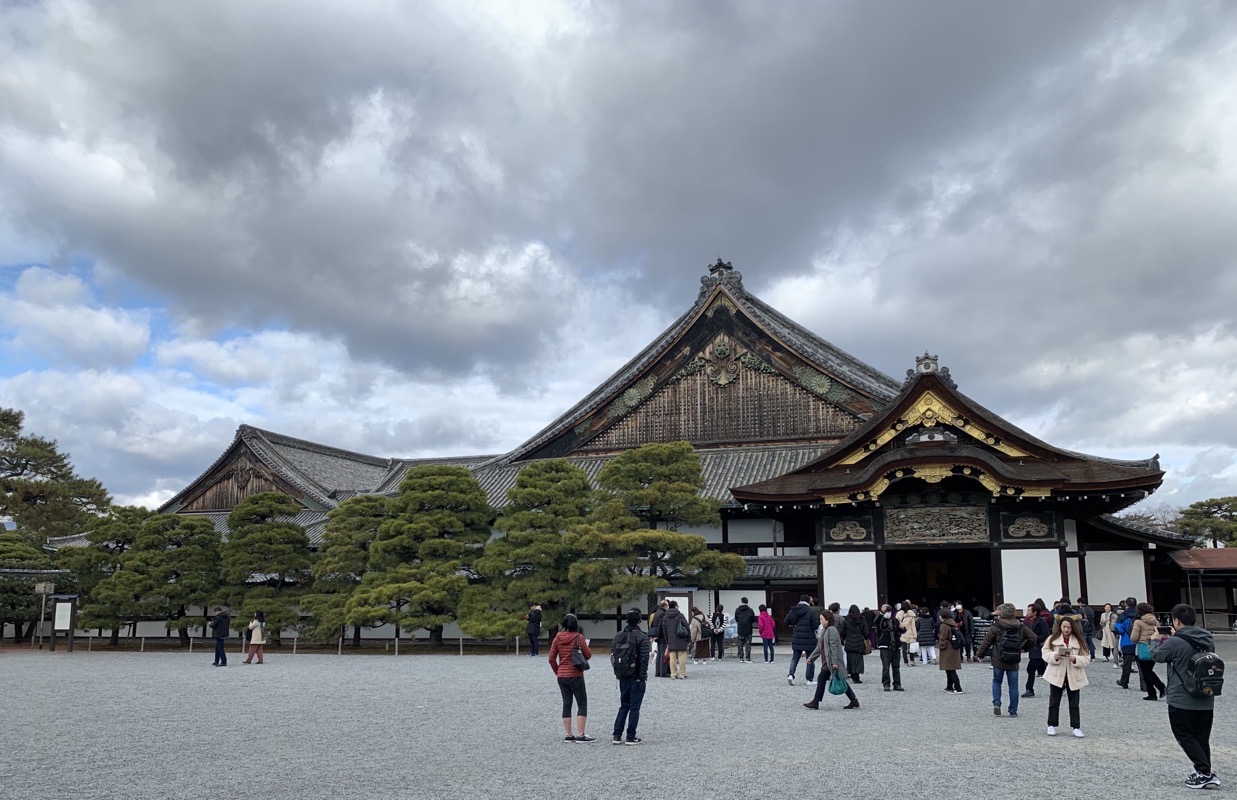 We learnt about how the roof and floors above and below the Shogun were both higher to show the higher status compared to others. Each level of floor showed an incremental raise in status.

We toured through the buildings and learnt about the nightingale corridors and how they were built. The artworks are mostly reproductions on the walls, but they’re quite spectacular to see. Each room had its own theme and within that would be very particular details that typically spoke of the Shogunate’s power in one way or another. 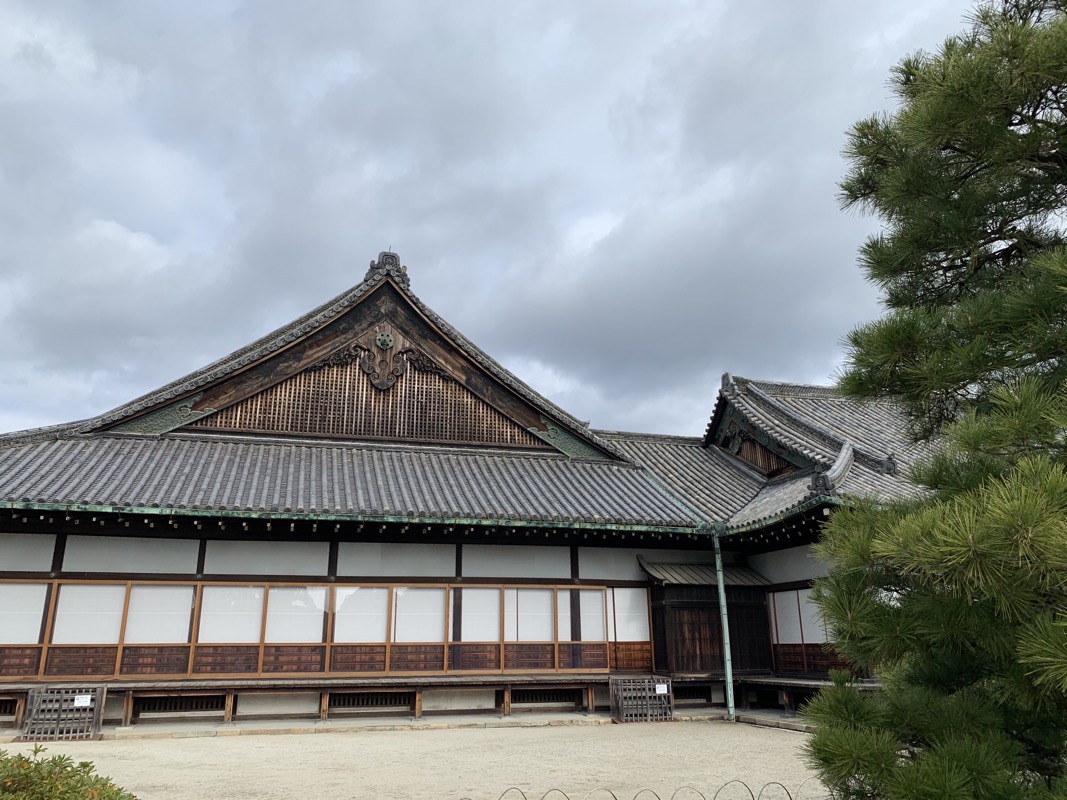 This is one of two bells that was on display. These were hung in the residence of the Shoshidai, the branch office of the Shogunate responsible for the court and the lords of the feudal domains. They were used to warn the surrounding populace of fires and other emergencies. 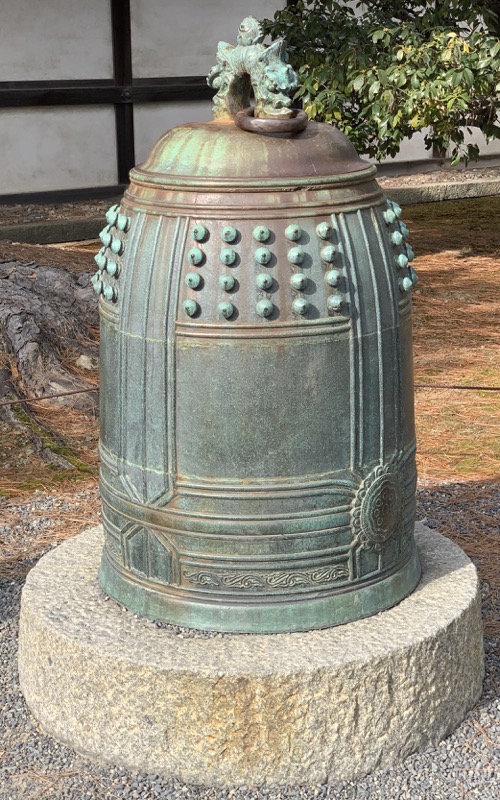 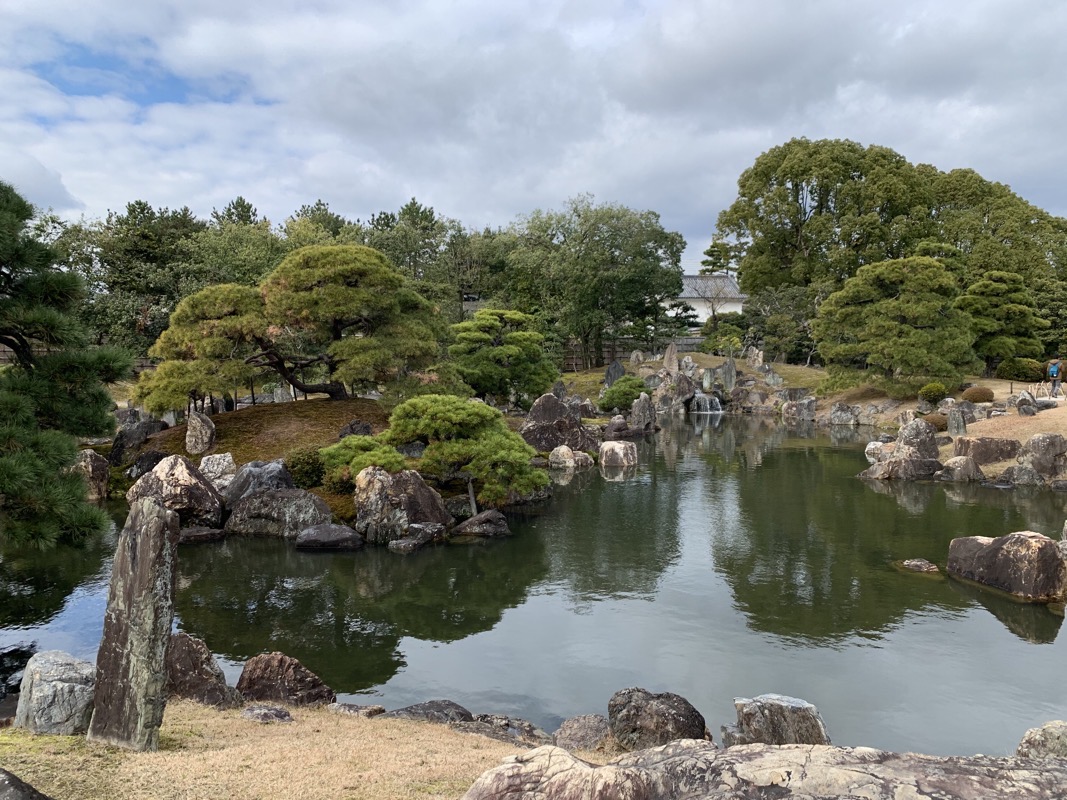 During the winter months they cover the cycads with sheets of rice straw to protect them from the cold. Quite an inventive insulation method if you ask me. 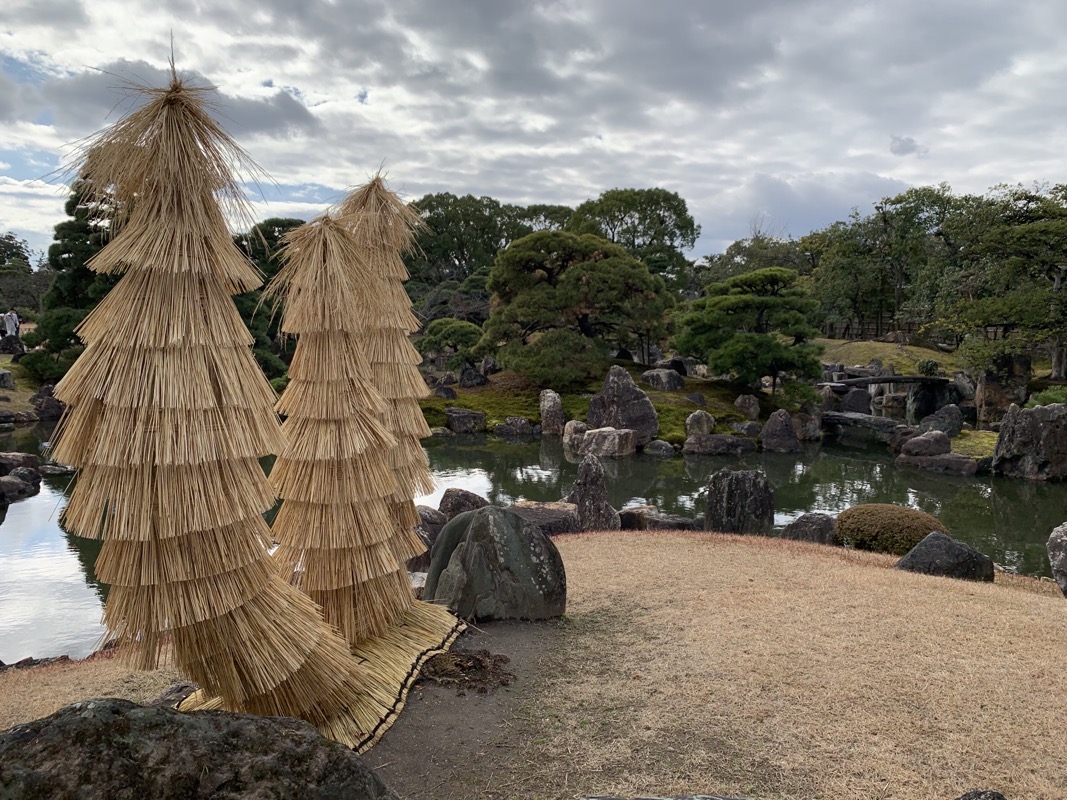 On the Honmaru East bridge, you could buy some fish food for 200¥ and feed the carp. The pellets came in a little wafer container that could be fed to the fish; quite a sensible approach when you want to avoid having to deal with the rubbish.

The fish loved it. As soon as there was any non-fish movement on the top of the water, they were all over it, fighting to get to the food. The ducks wanted nothing to do with it, staying a safe distance from the hungry carp. As soon as one of the big fish would come near, they’d quickly paddle away. I can imagine accidental noms would catch a foot quite easily in the rush to grab food. 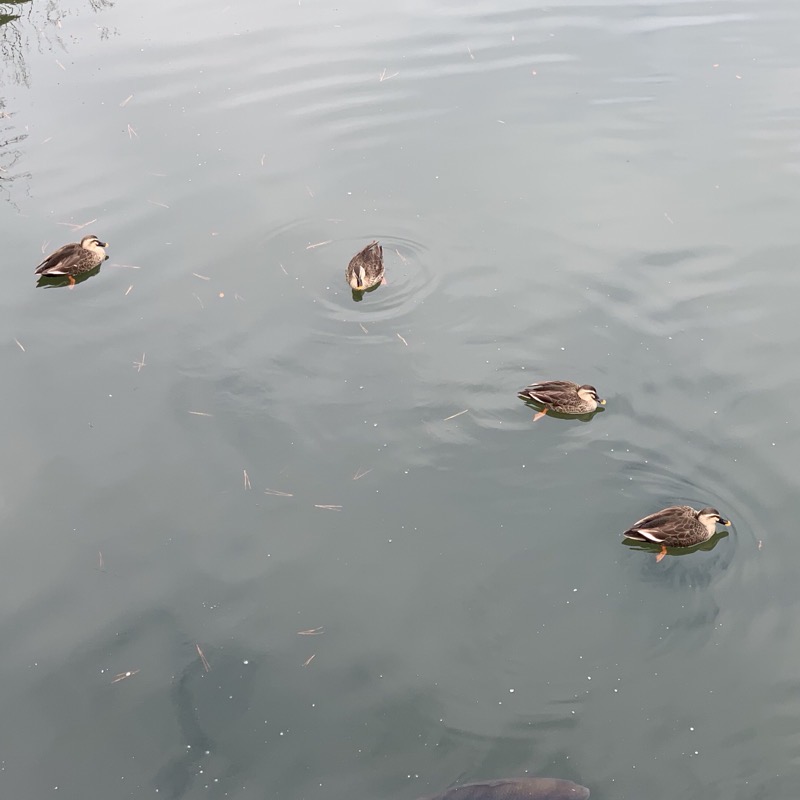 More gardens. They were quite serene, even in winter. 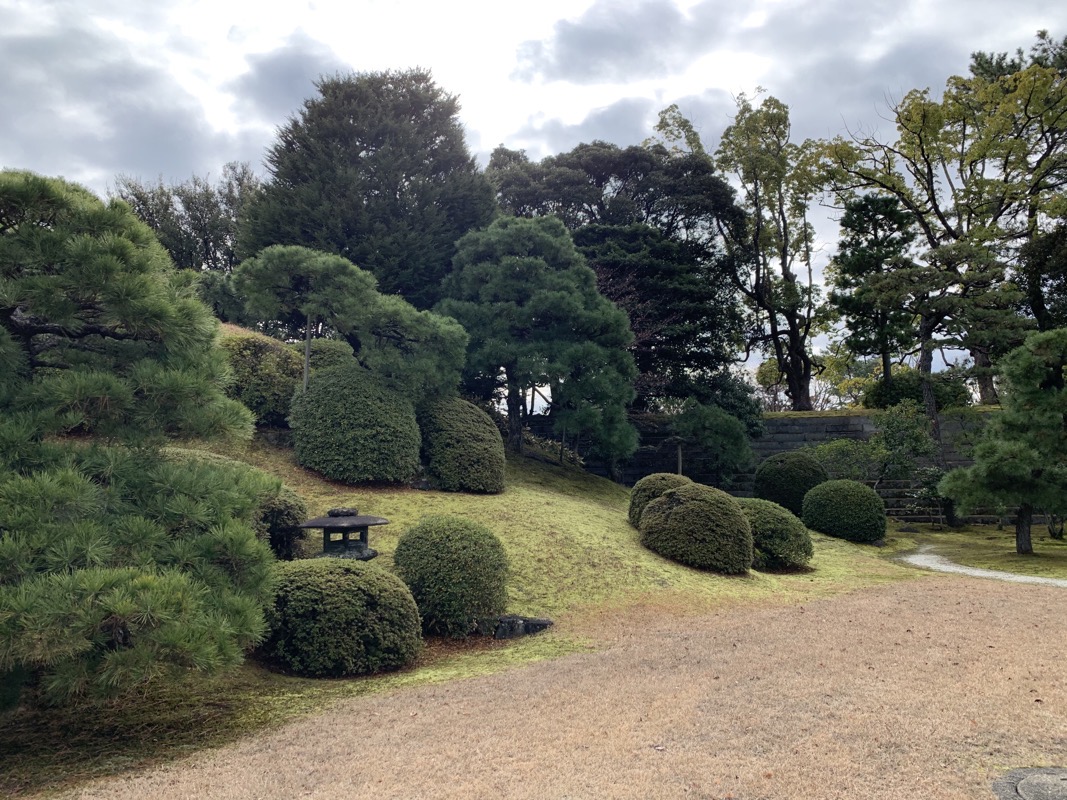 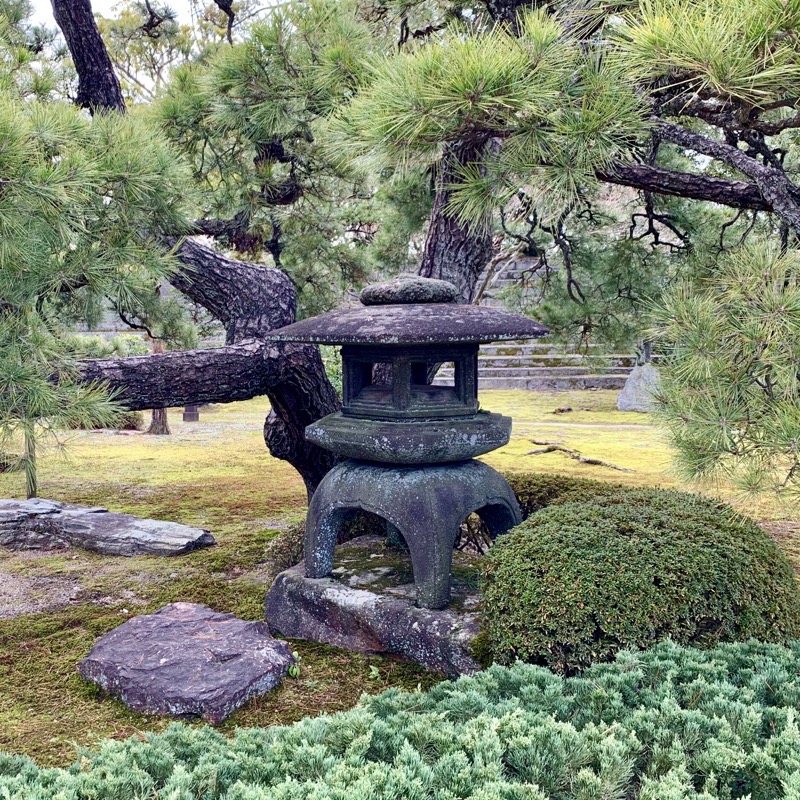 The Honmaru Palace, one of the rare surviving examples of Edo-period architecture is currently undergoing restoration, so it’s covered but his spectacular scaffolding. Each of those green lumps is 500kg of water. 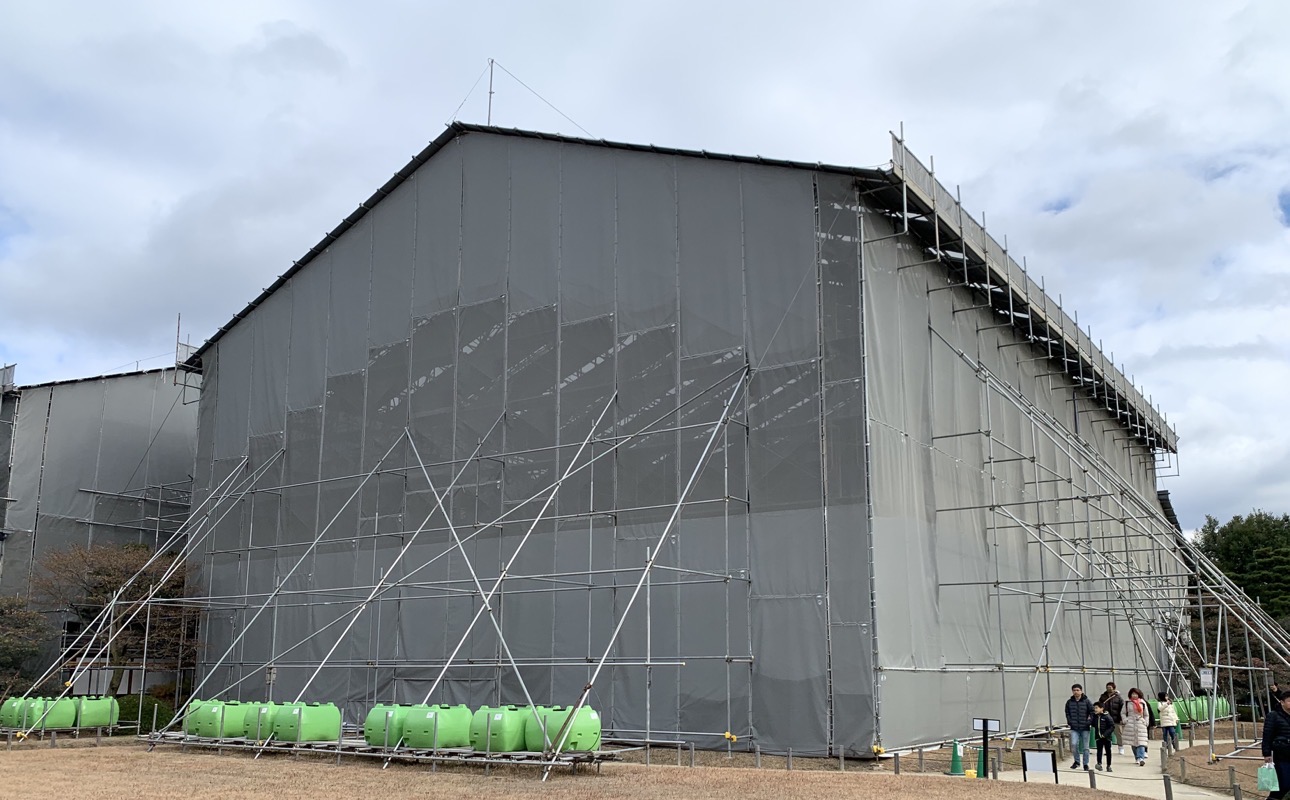 The Seiryu-en gardens were quite beautiful, even in this wintry time. 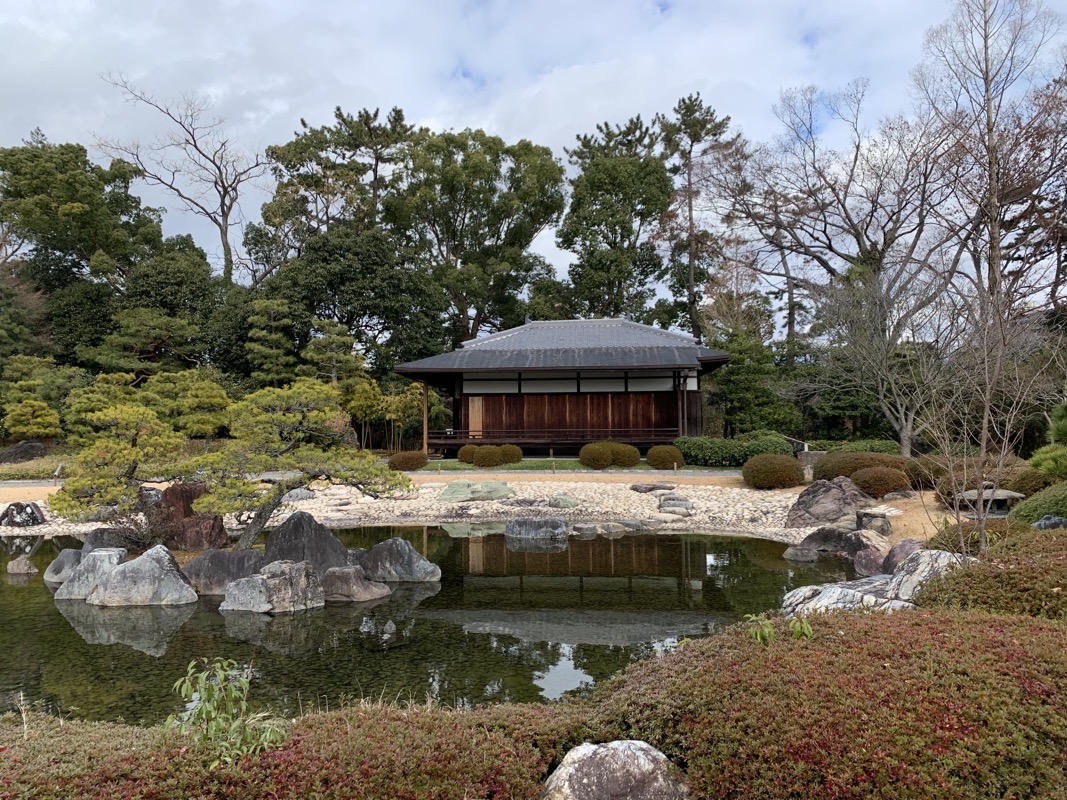 There were some rooms that stood out, the Roju-no-ma rooms. They had Geese on the walls, mostly white, so there were so many goose game jokes. We got to see the original wall art later in the castle Painting Gallery. It was only a few hundred yen, but totally worth spending the time and money to pop into this one-room gallery of the pieces.

I think next time I’m going to have to bring my own slippers. These were the “bigger, XL” versions. 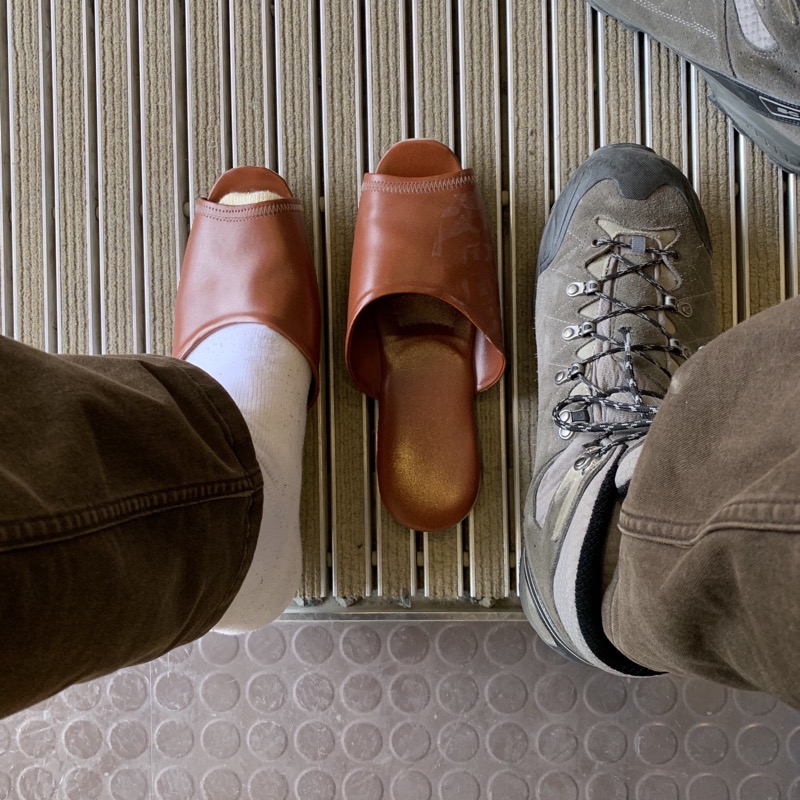 Leveraging TripAdvisor as usual, we headed to lunch, finding three closed places before seeing Ikkou and going there - because it was open. :) 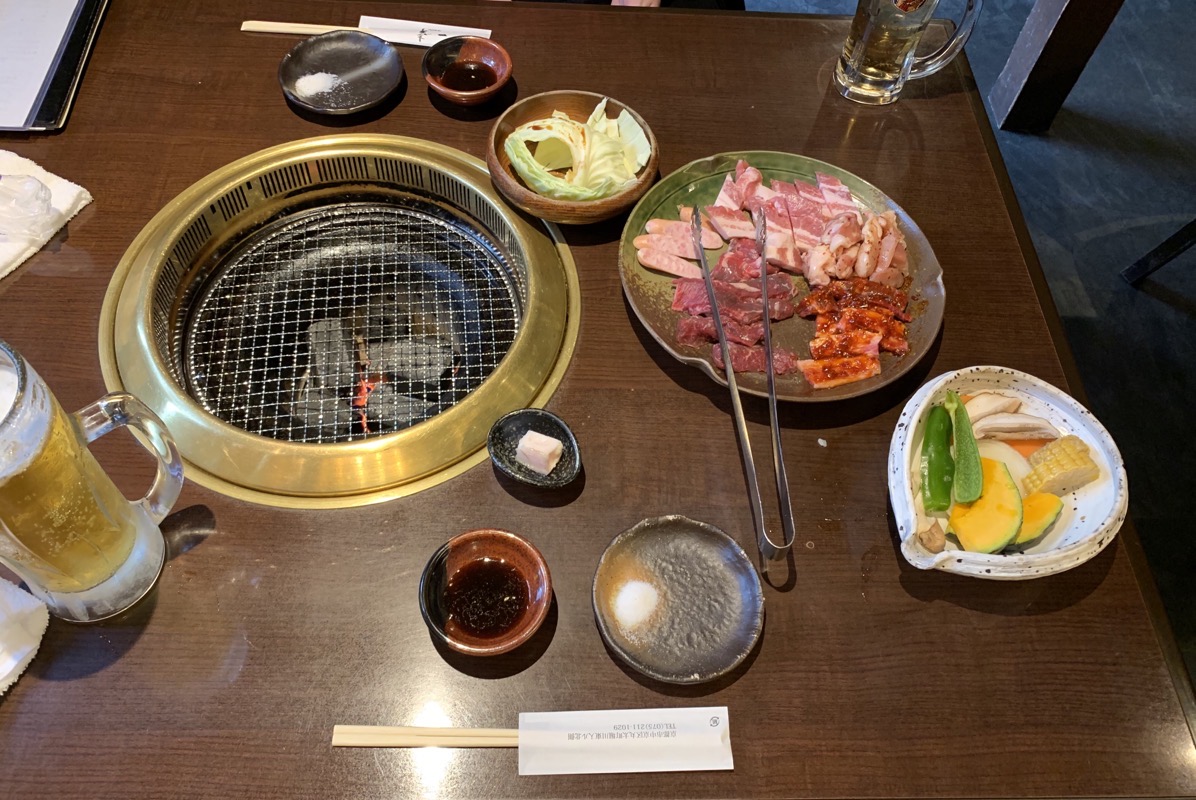 We grabbed the “volume plate” because it had a variety of meat and wasn’t too expensive. It was pretty good food, nothing particularly special. I’d love to have someone clueful take charge of the cooking one day to see what it’s supposed to be like, but we cooked things until they were hot and nommed down.

On the way to our next destination we spied pet store. Not having seen one in Japan yet and missing our pups, we popped in for a look.

The pets in Japan are mostly tiny, tiny breeds. This store was no exception. The biggest thing was the Shiba Inu, and he was definitely too big for that box in the bottom middle. 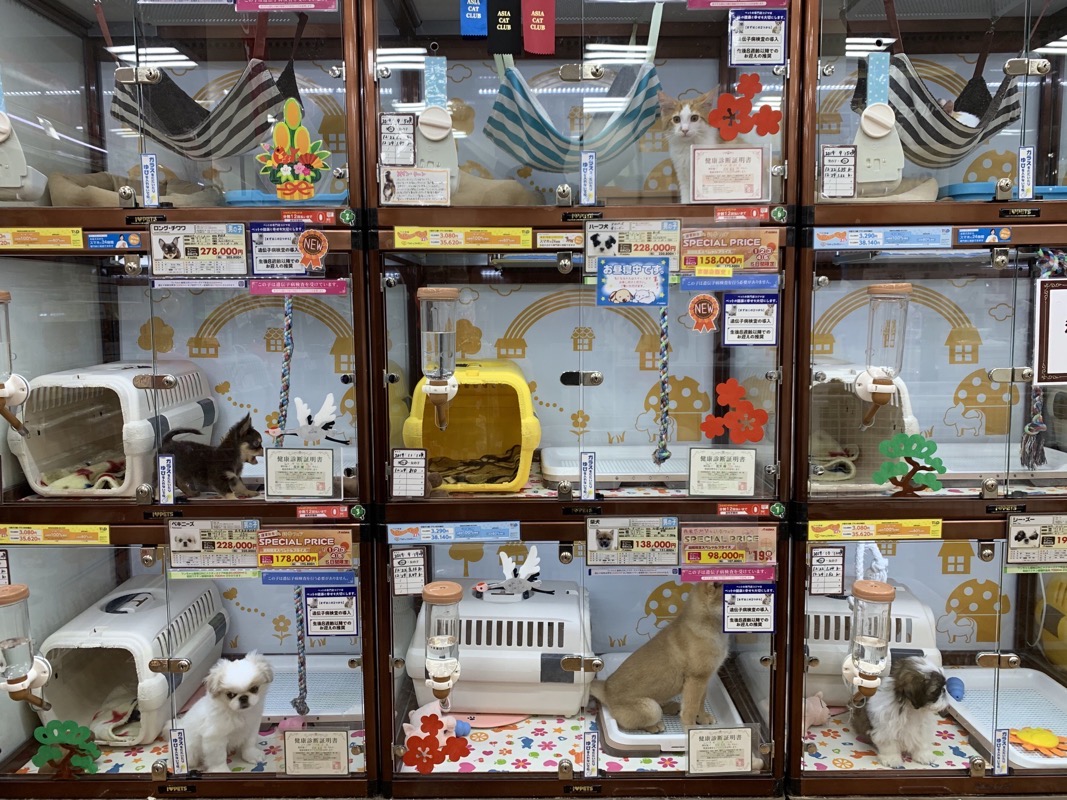 RMB has been threatening to buy our terriers some pets in the form of Teacup Yorkies for a while. This little fella wanted hugs so badly. 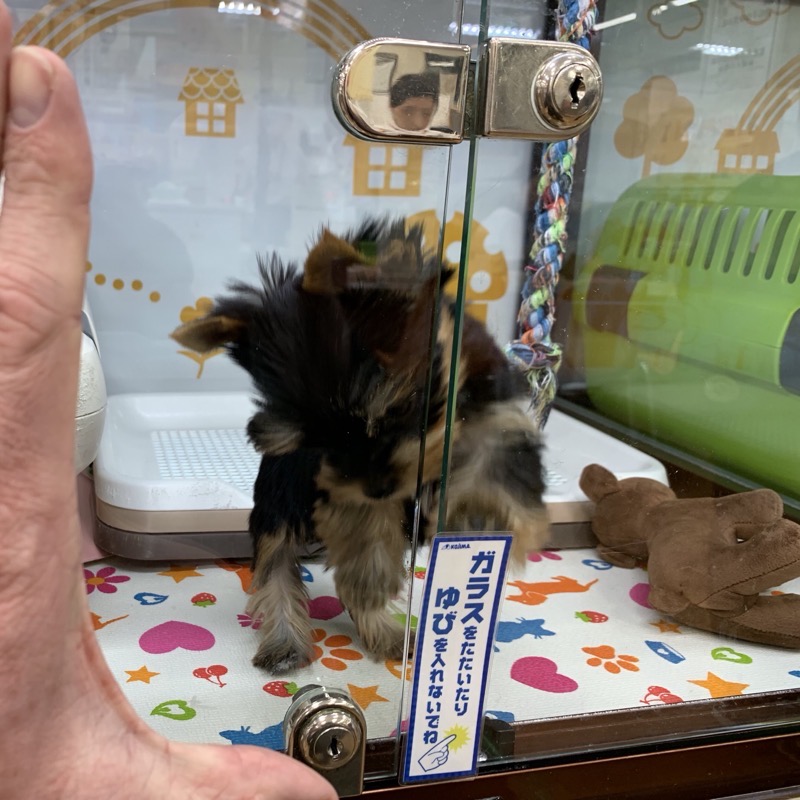 The Chinchilla’s a cute little rodent. Kind of like a squirrel with a tiny tail, this one just loved running on its wheel. Probably because the giant hairy guy looked like he was going to eat it, and it wanted to get away. Or back to South America, where it’s native to. 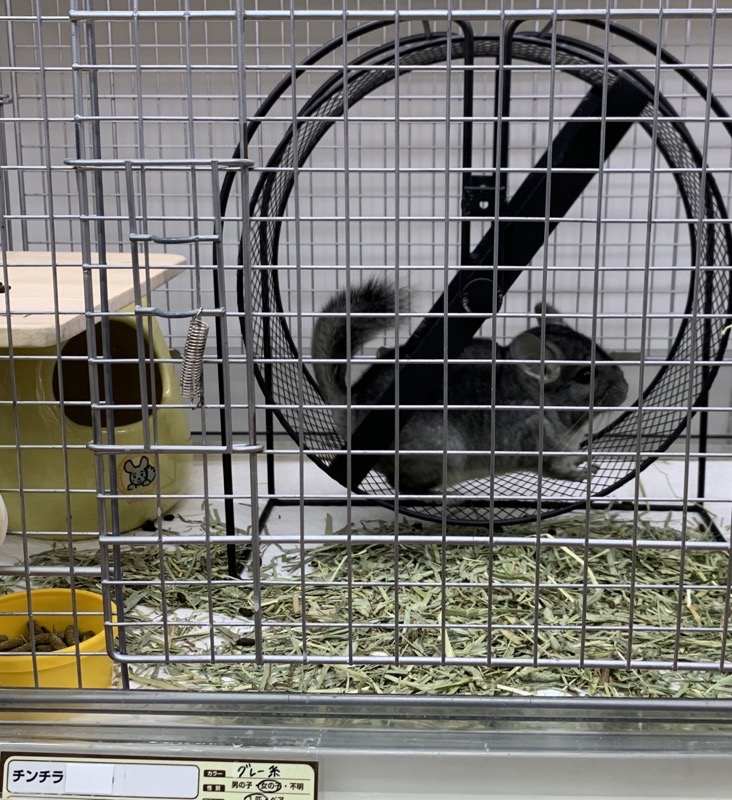 Who wouldn’t want a hedgehog? They’re spiky and lovable all at the same time. 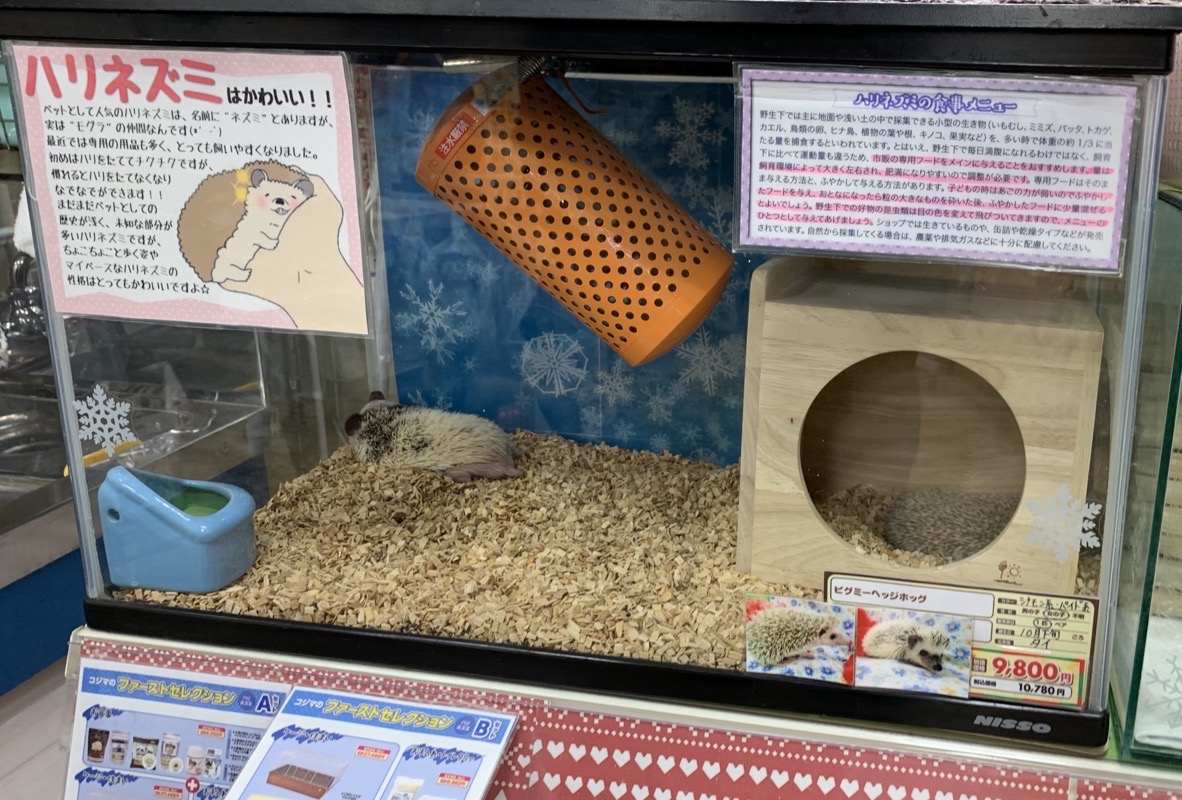 Do you want a seven thousand dollar galah? They’re everywhere at home (maybe less so, after Scotty’s fires) but wow. 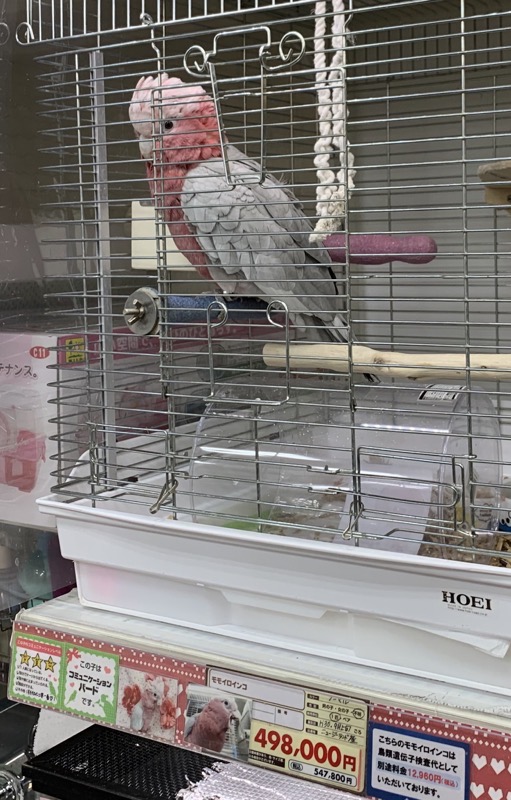 We headed over to the Kyoto Museum to see what they had. 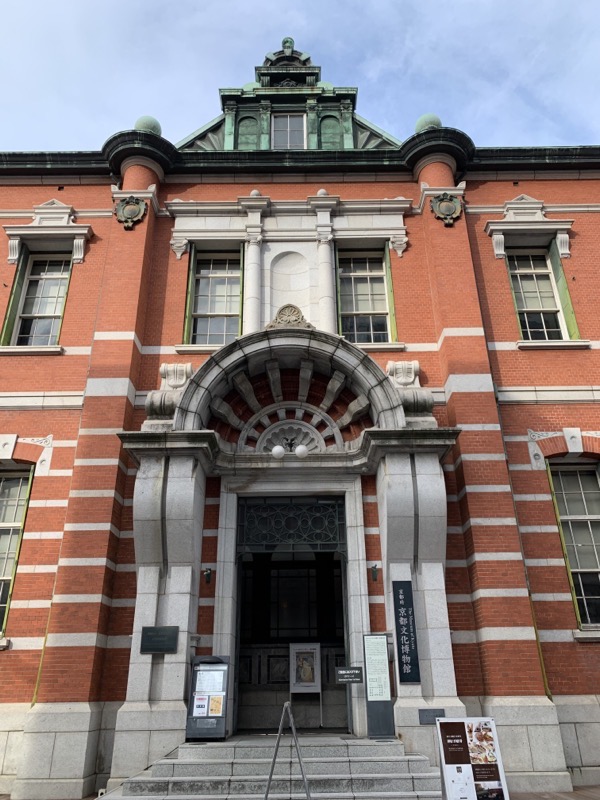 I’d seen posters and quickly read the website about an exhibition called “Mucha to Manga - the Magic of Line” which looked interesting, and had references to music and manga and so forth.

Of course, we weren’t allowed to take photos except for three pieces. It was a neat exhibition, and I learnt about a Czech artist whose work informed a lot of later artists, but it really wasn’t what I was expecting.

The rest of the museum was just disappointing. There was less than fifty pieces on display showing the incredible history of Kyoto, a city that dates back to 794 and is considered its cultural capital. There were some broken pieces of pottery, some slightly interesting metalwork moulds, and some curious, but unremarkable diaries from emperors. They were clearly stretching a small collection out to cover a largish space, and at the end of it, it was just… eh?

As we were crossing the Shijo bridge, we saw these kids throwing rocks. It wasn’t out of the ordinary, kids throw rocks all the time, right? Until one of the kids started really throwing rocks. See the kids on the right in the blue? One of them barely missed one of the ducks on the left, splashing people up on the embankment.

His mum and dad shut it down at that point, before people found out about his super powers. We walked home along the river, which was nice and relaxing, but not particularly photogenic.

Dinner was at Gyukatsu Kyoto Katsugyu… a beef katsu place. It was nice enough, but the portions were small, the prices weren’t and the meat was a bit overcooked. I wouldn’t go back to this chain which seems to be well respected.

Oh, and I saw my first Lamborghini Countach. The ’s’ model even. It was pretty spiffy. Sadly I couldn’t catch up and get better photos. -_- 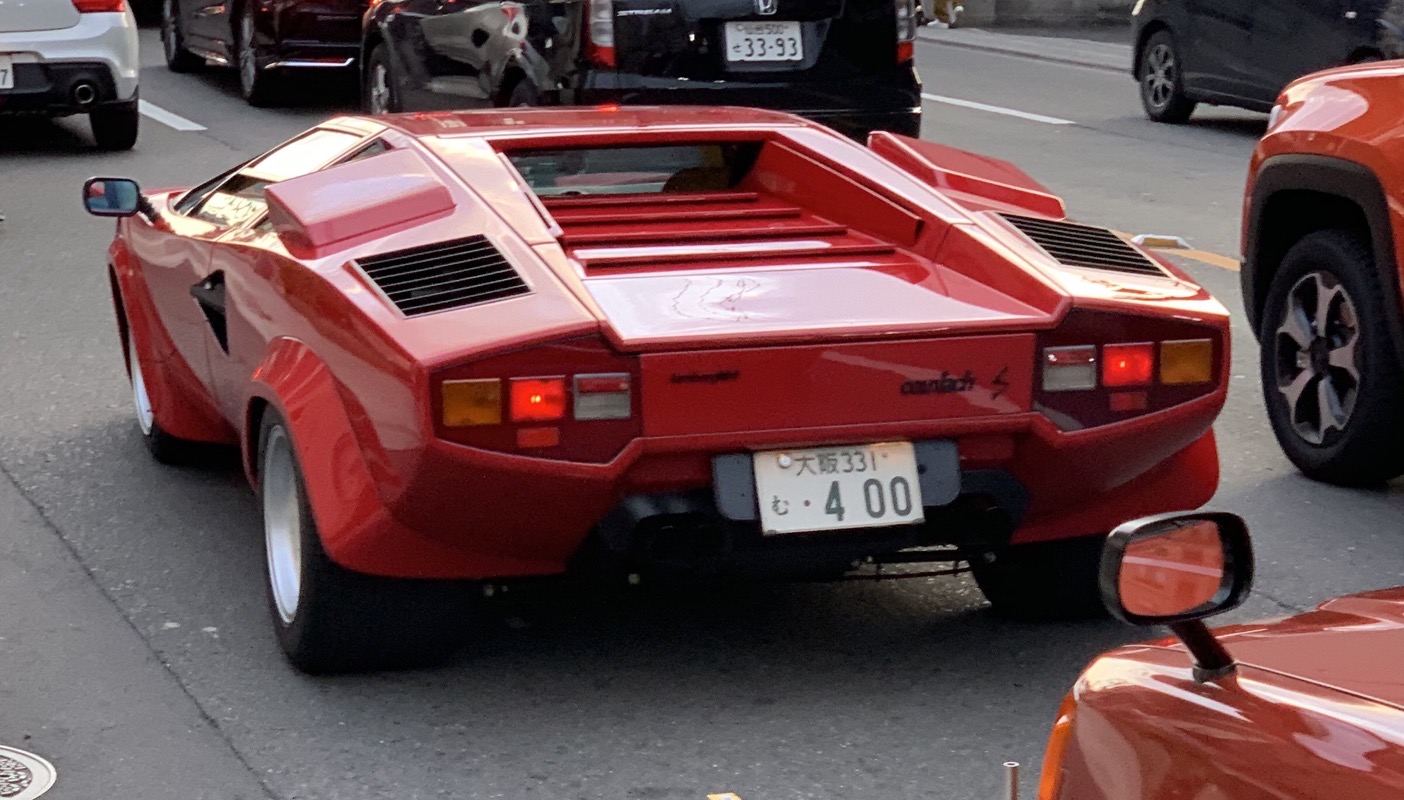