Today we’re doing things in Arashiyama, western Kyoto. A bus to the train station, then on the JR West train to Saga-Arashiyama station. Oh how I’ve missed trains. Kyoto is a very bus-centric city and Google Maps just isn’t great at indicating where bus stops are around here. You can keep the free internet of the big cities, and their automatic doors, just give me my rail-riding steeds. 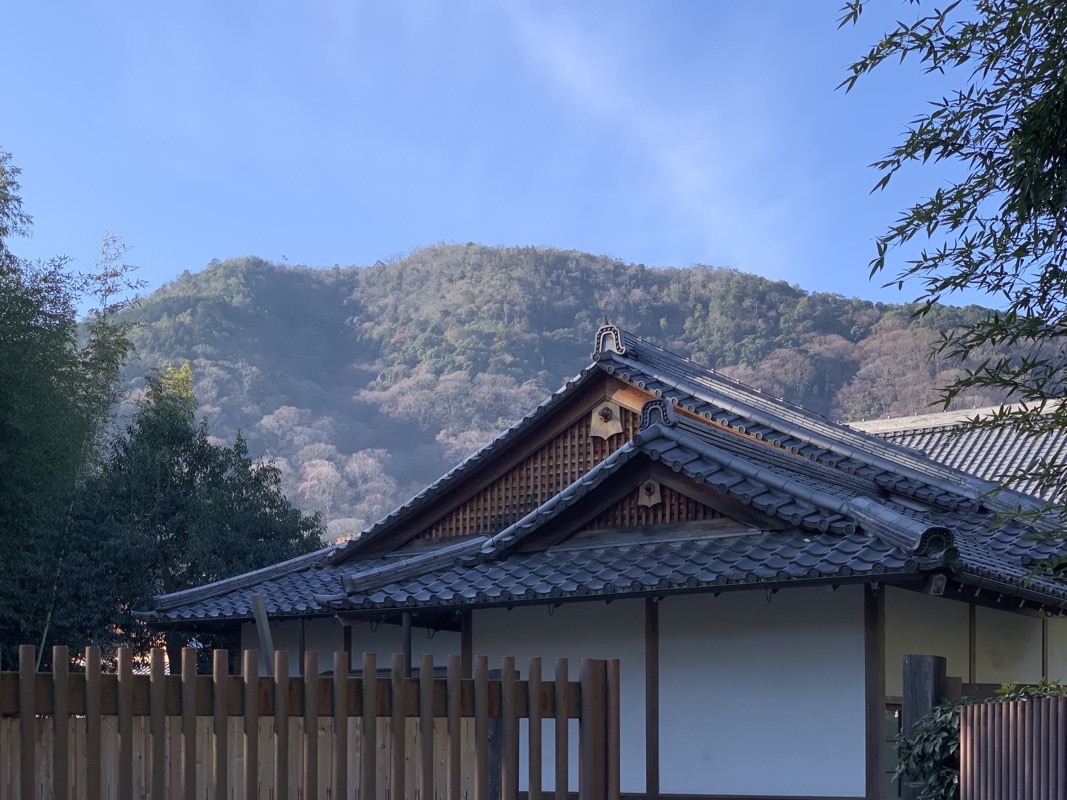 Off the train and through the suburban streets to a small section of bamboo forest walk before visiting Nonomiya Shrine, a Shinto shrine. The location changed over time as the location was fixed by divination when due to be used.

In the Heian period, princess would stay there to purify themselves for a year or more before becoming representatives of the Imperial Family at the Ise Shrine in Mie Prefecture. It’s part of the tale of Genji. 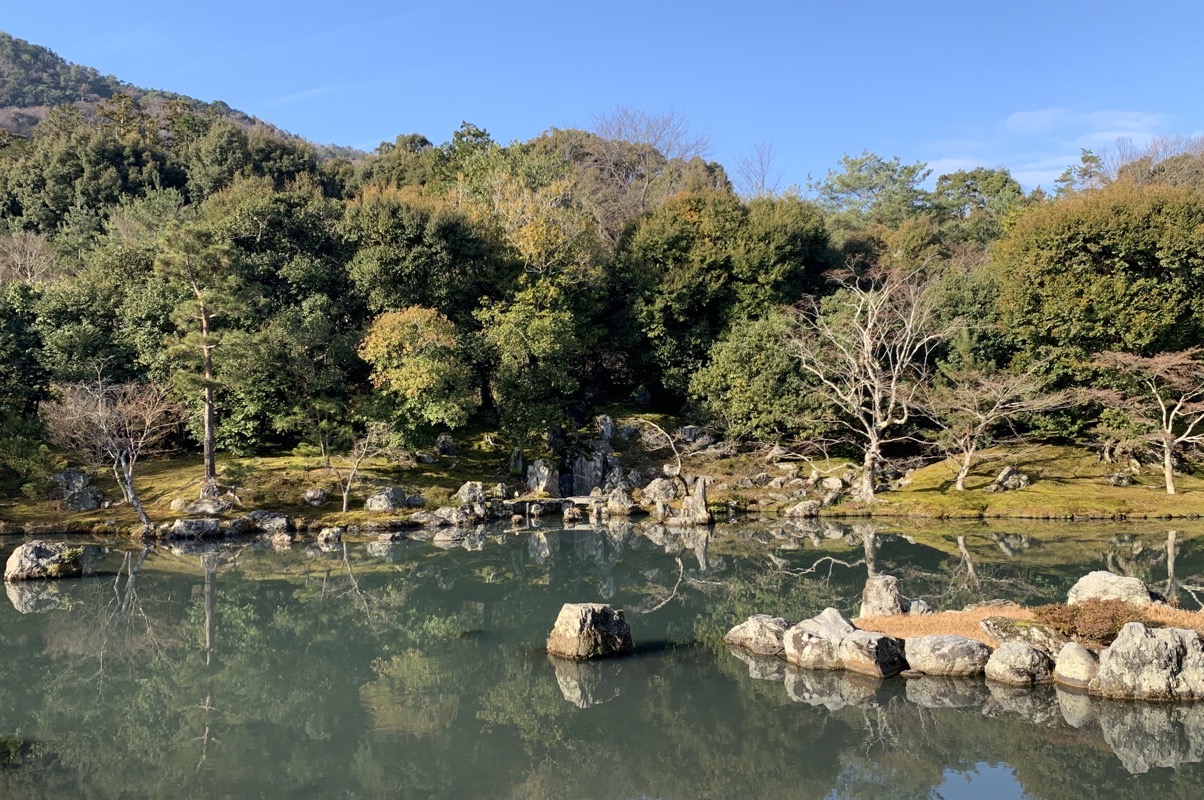 Tenryu-Ji Temple, site of the oldest Zen Buddhist temple in Japan, established in 1339. Over time it prospered as the head temple of the Rinzai sect, and the grounds grew to cover over 82 acres, including some 150 sub-temples. 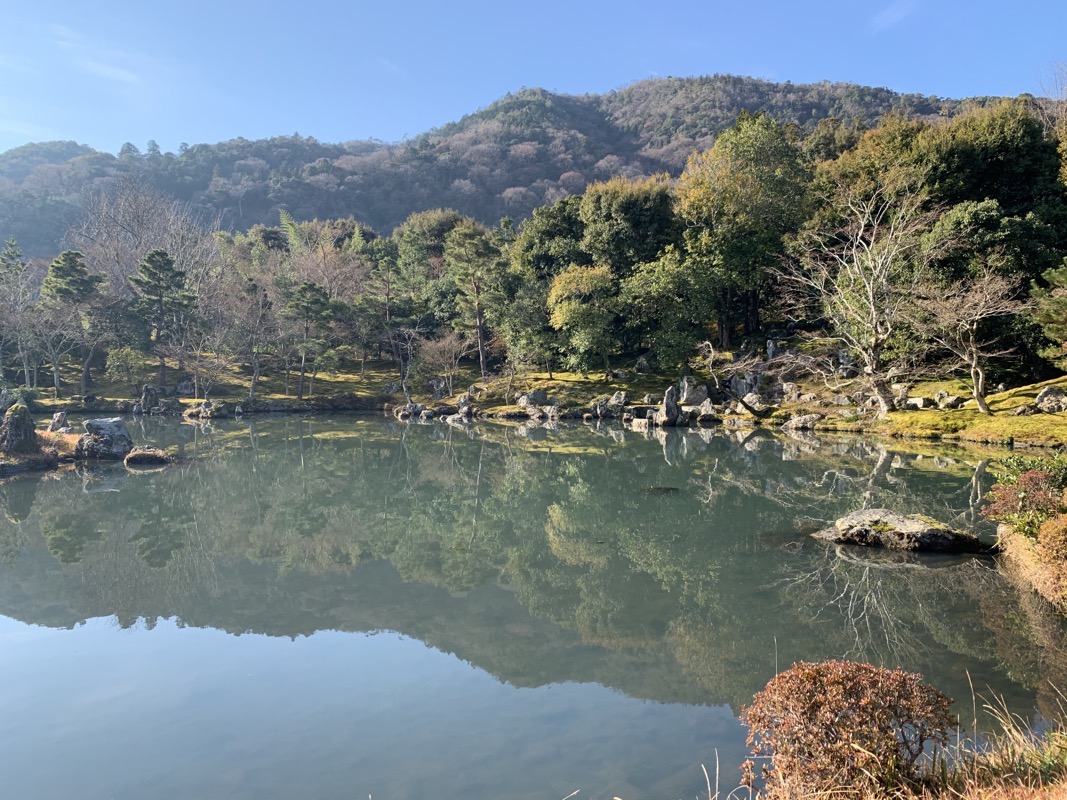 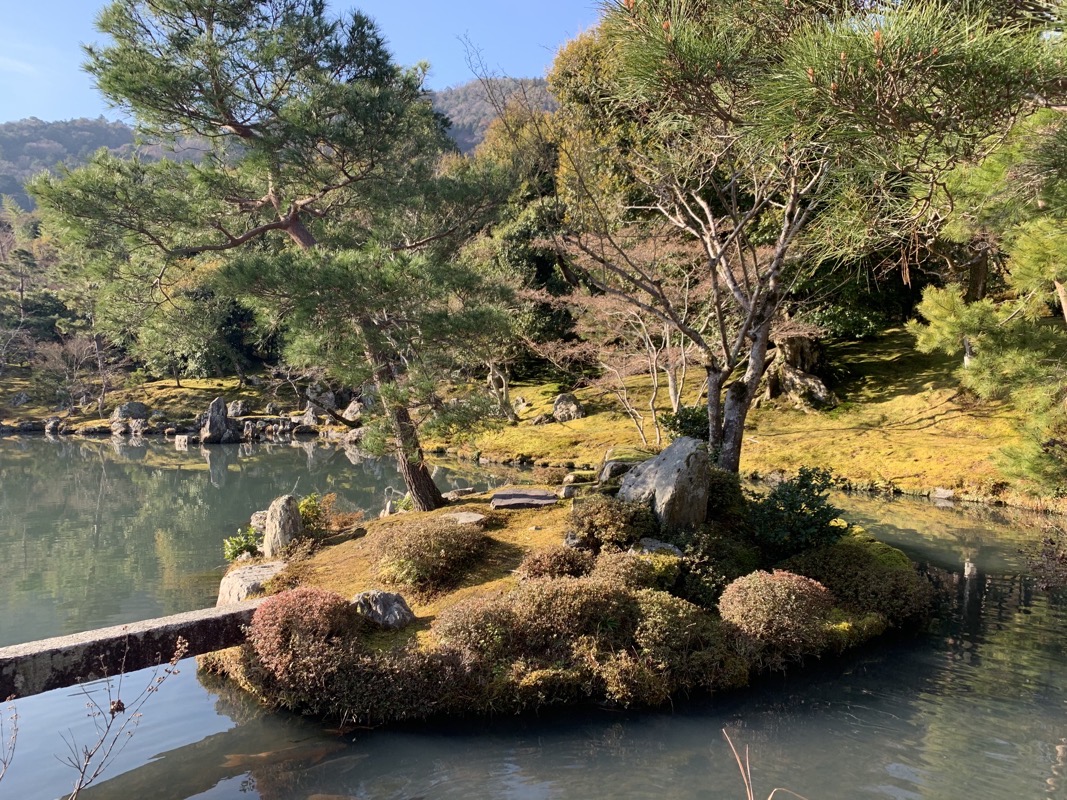 Most of the buildings as they stand today are reconstructions from the latter half of the Meiji period (1868-1912). 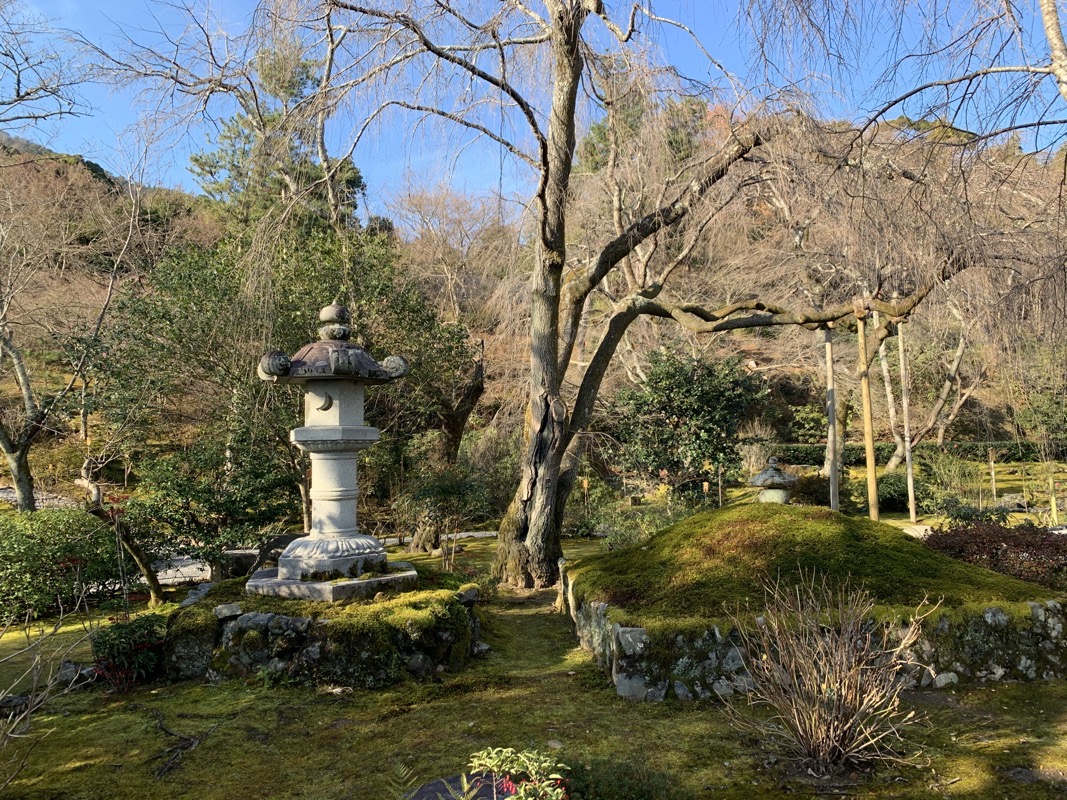 There’s two main features to the complex, the beautiful gardens and the buildings. 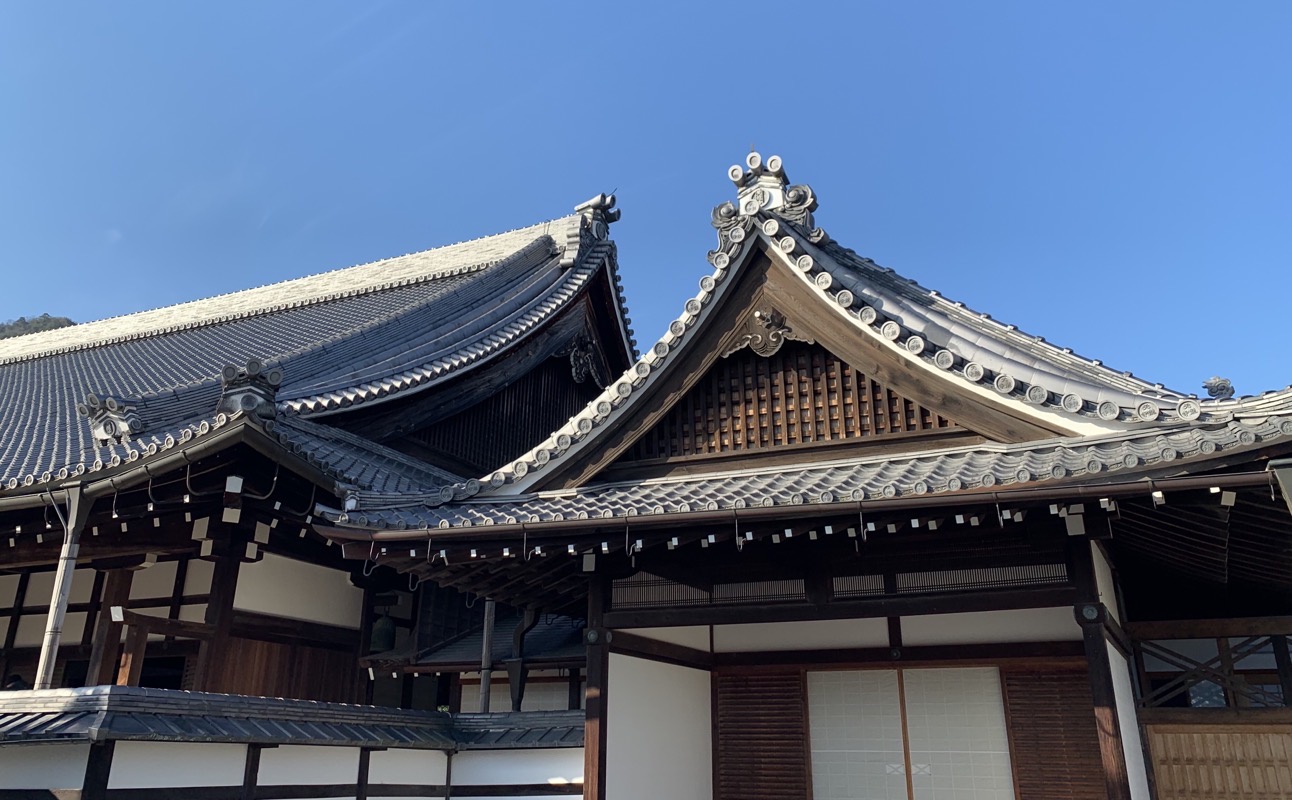 The former is a beautiful example of Japanese garden design, and the latter are awesome in their construction and simplicity. 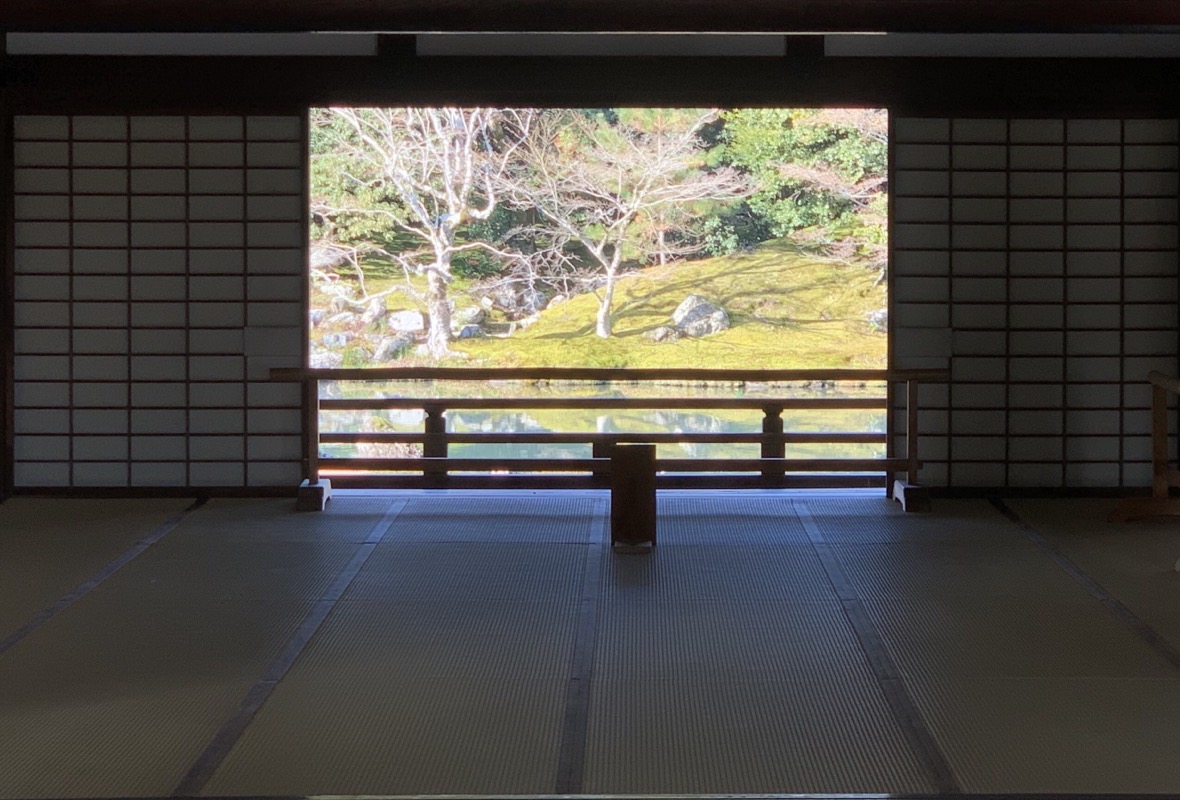 I call this “sarcastic Daruma”. It’s a great painting, standing over seven feet tall. I like the art style, it’s a pity the one thing I couldn’t buy merch about in this country was something simple and spiritual.

This is on the corner of one of the halls, beautiful work and also functional.

The only thing we missed, as it’s only open on weekends and special periods, was the Cloud-Dragon painting in the Hatto. It’s something I’ll come back to see one day as It’s reportedly worth the trip. 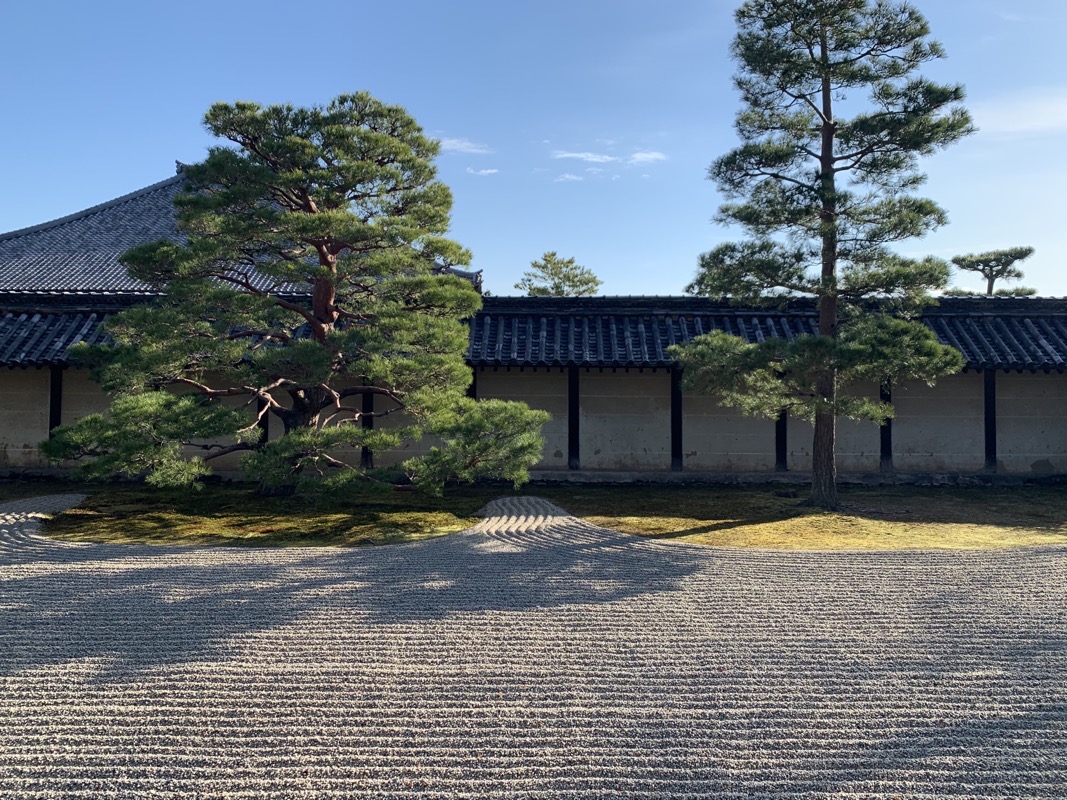 It’s lovely just to sit in the garden and enjoy the scenery. 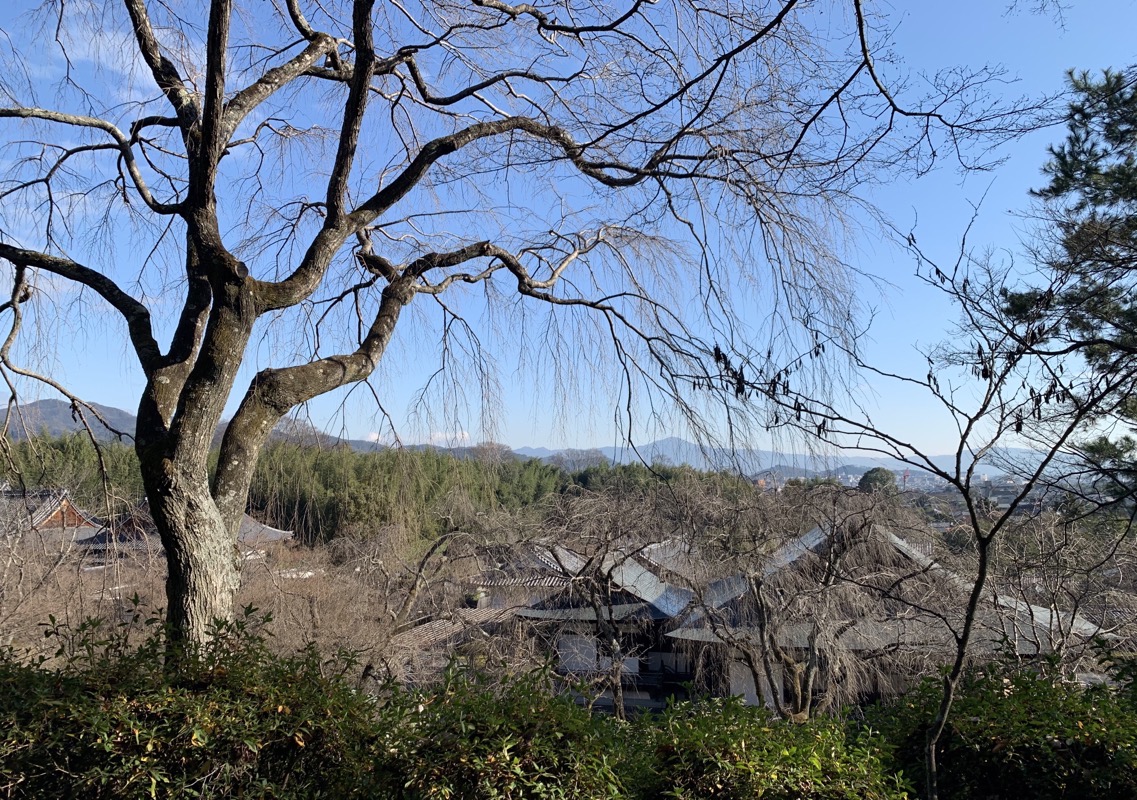 After leaving the temple, we were in the Arashiayama Bamboo Grove, one of the most photographed parts of Kyoto, let alone Japan. 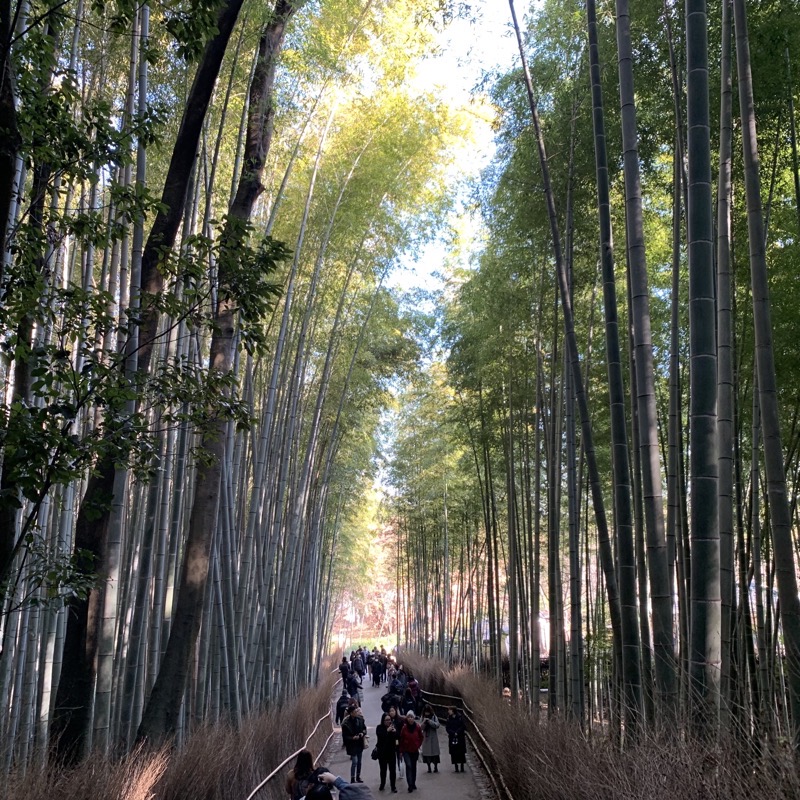 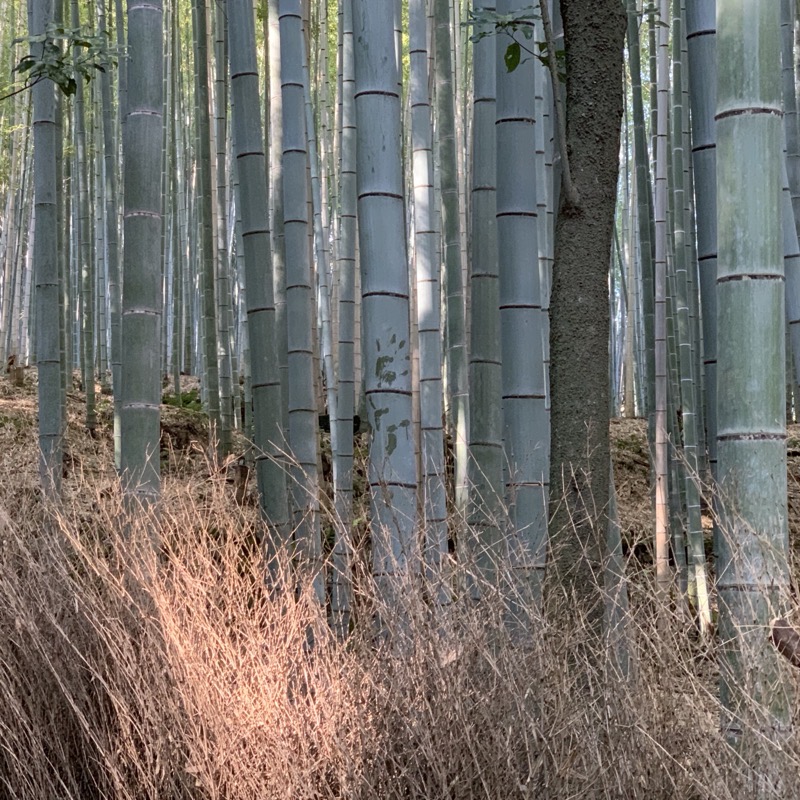 When we first walked through it was 10am and there were lots of tourists. On the way back an hour later, it was mobbed. The early bird catches the gap in the crowd…? 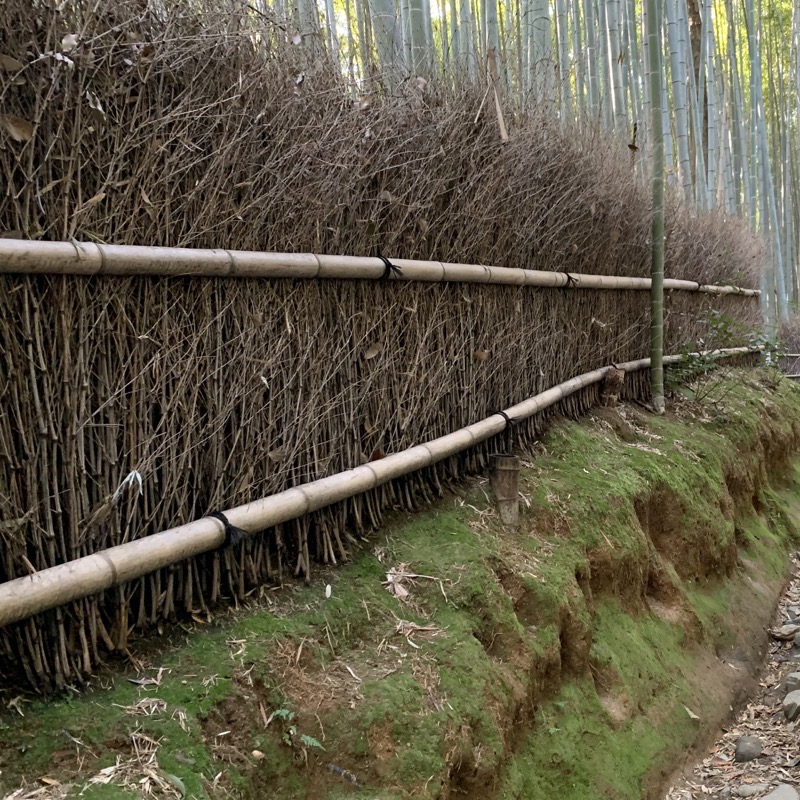 Taking a left at the end of the grove, we explored Arashiyama Park. I’d seen mention of an observatory which gave views over the nearby river and its vistas.

And some monkeys. Which we didn’t see… 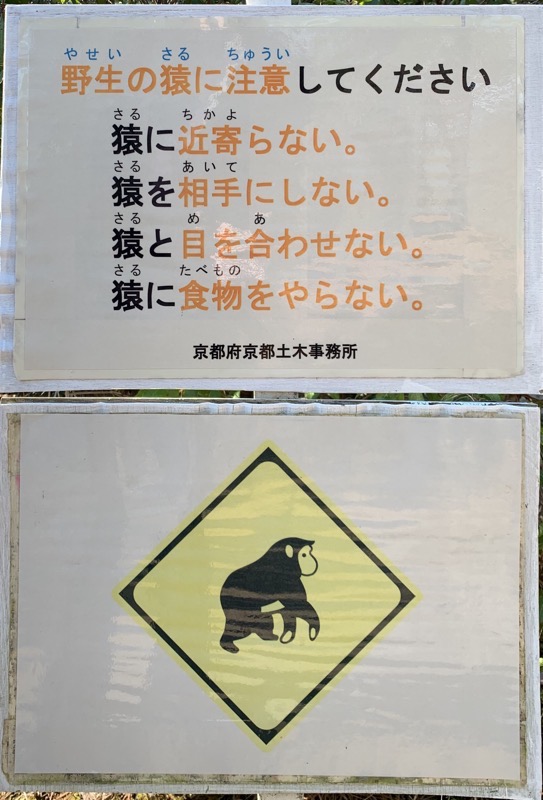 Yep, well worth the short walk up the hill. The view was lovely, it was quiet and there were no other people for a solid… five minutes. 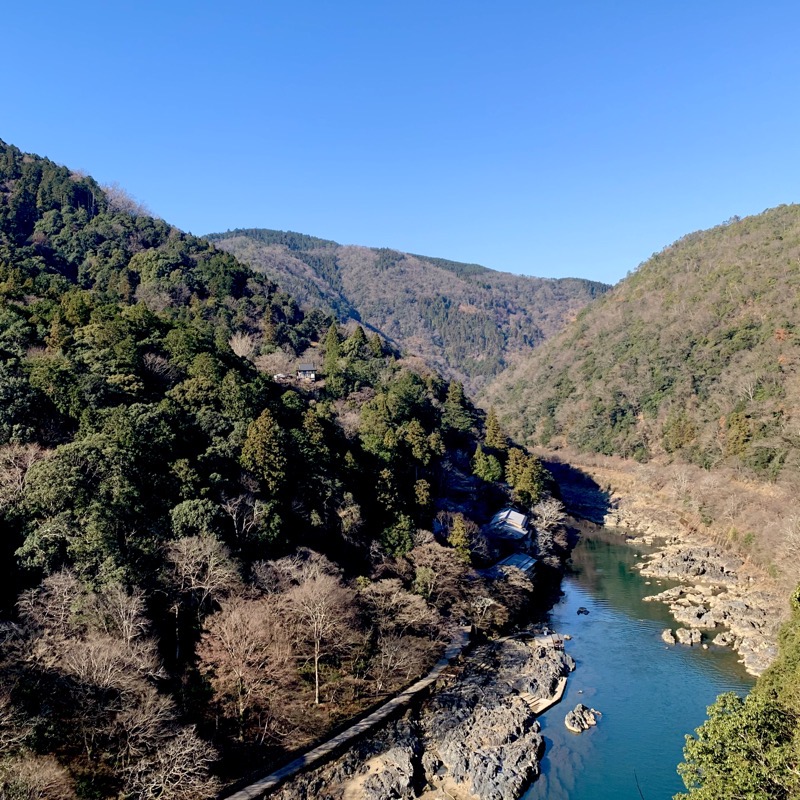 And then we were down again, heading back towards the station and the crowds. 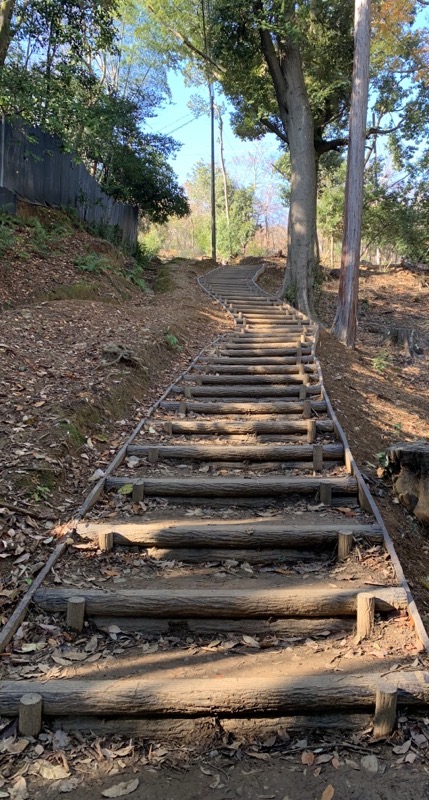 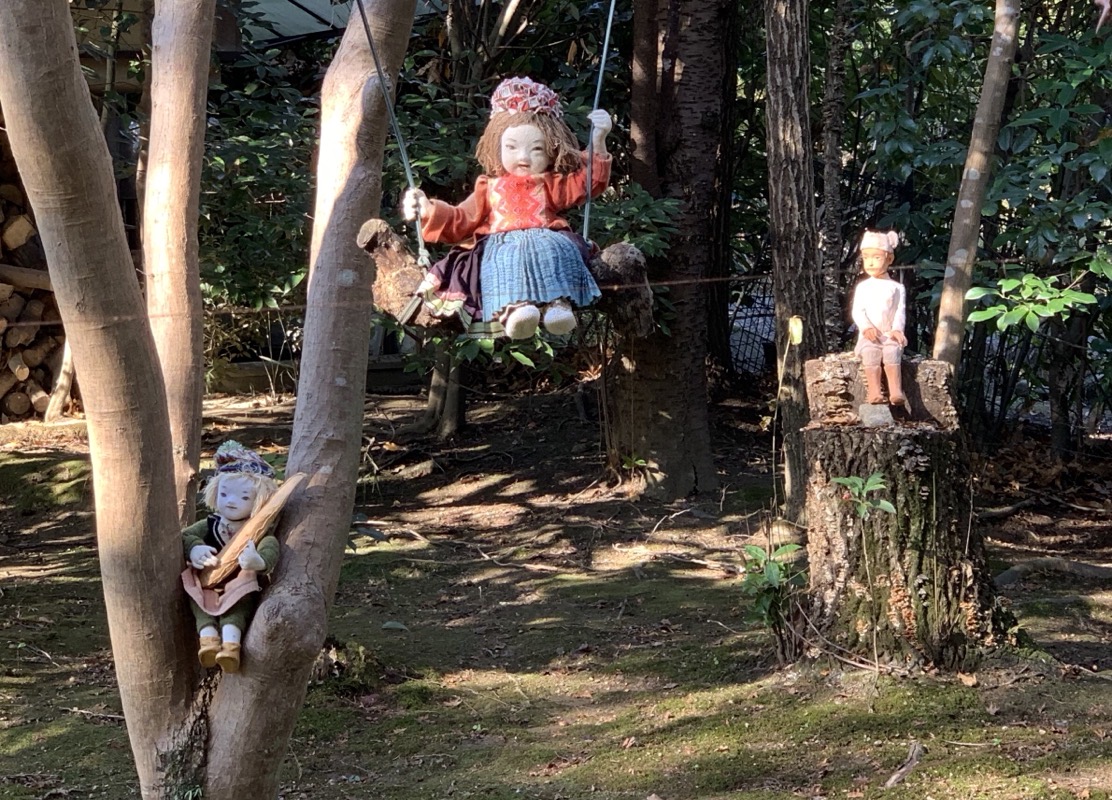 What did guns ever do to you? Don’t hunt them! 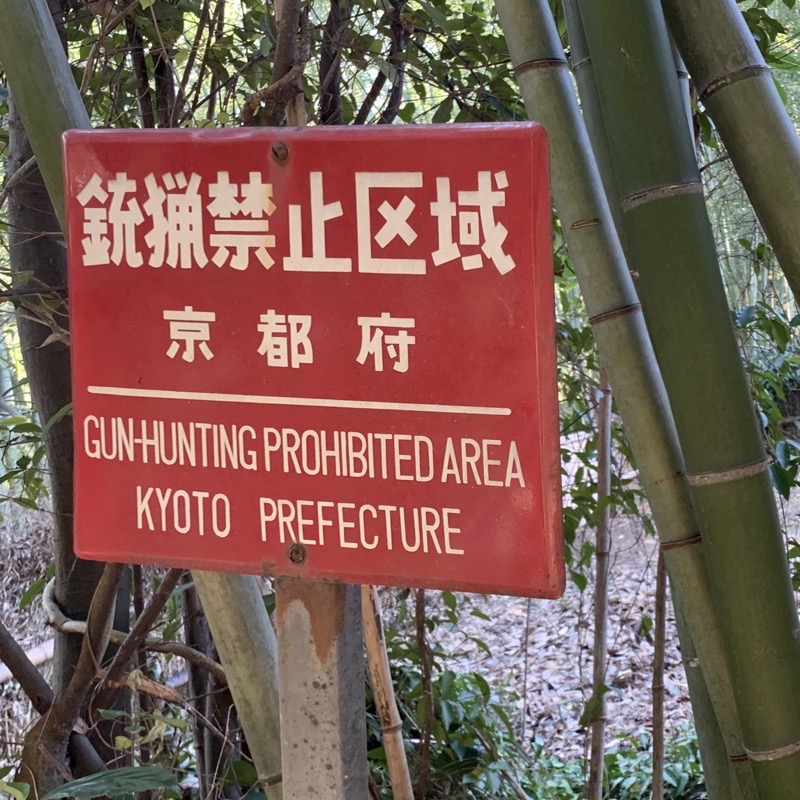 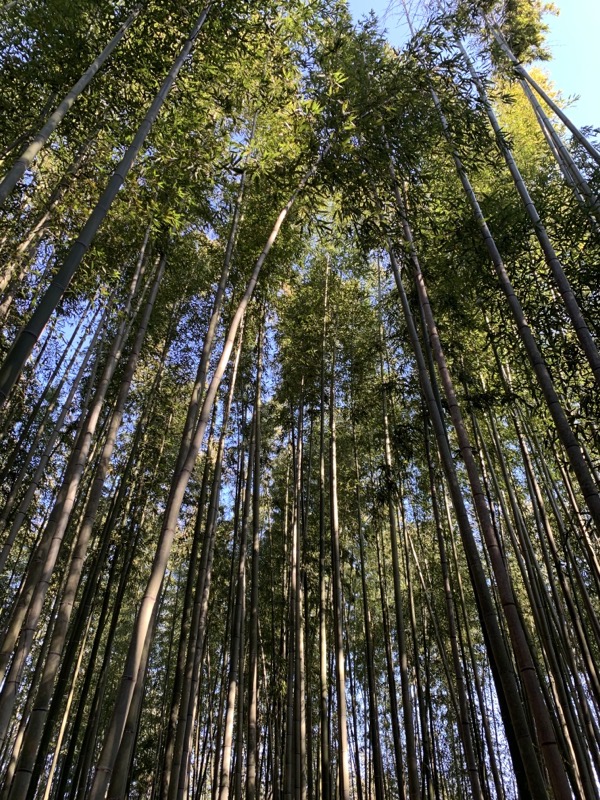 We’d finished with the planned things in the area, but found the Arashiyama Monkey Park not too far away - who could turn down a chance at monkey business? 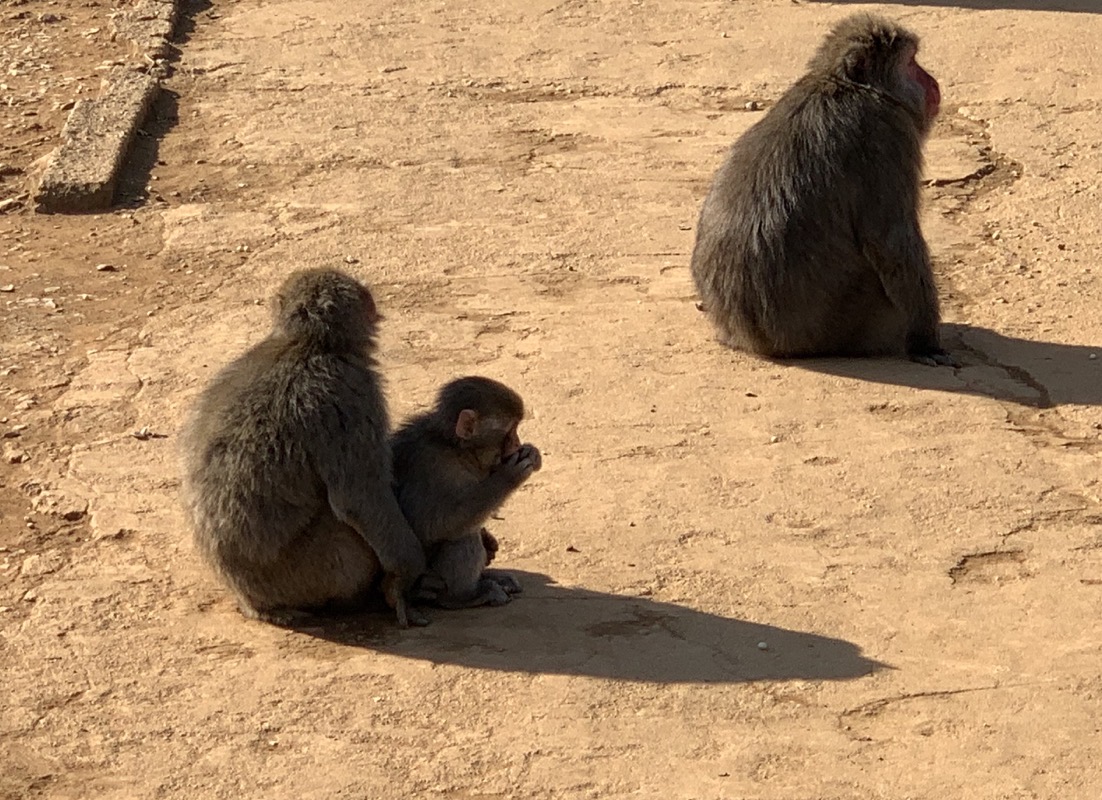 The rules are there for a reason - mainly to keep the people from upsetting the monkeys and getting hurt! I saw a few transgressions, some of which took intervention from the park staff to keep one of the macaques from attacking the idiot animals who paid to be there ;) 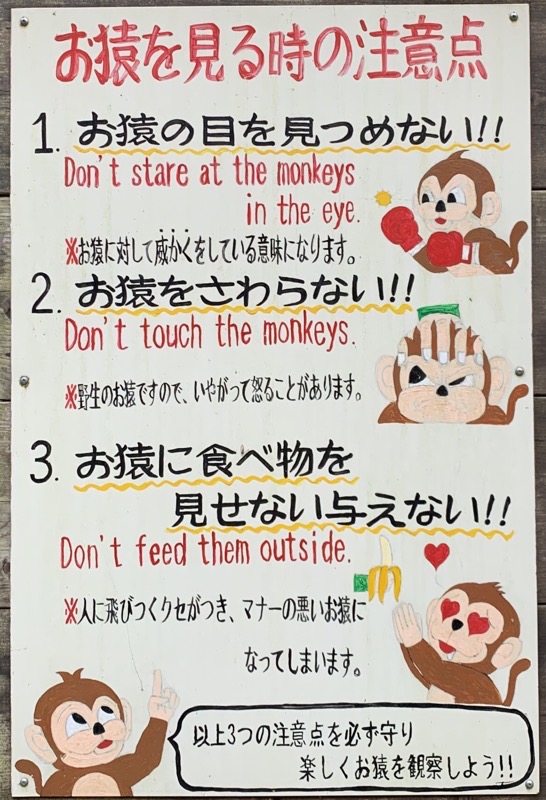 It was a twenty minute walk to near the top of Mount Arashiyama, at 160m elevation it’s not too high, but dang that’s a steel hill to get up. I shouldn’t feel too bad, there were plenty of octogenarians there, pushing themselves up with their canes and doing fine. My knees were not impressed with the walk down.

I could swear this was a skit. Every minute or so, the humping would begin, “humpee” would push him away, they’d go back to picking nits. Yeah, I stood there for a bit to check. And giggle. 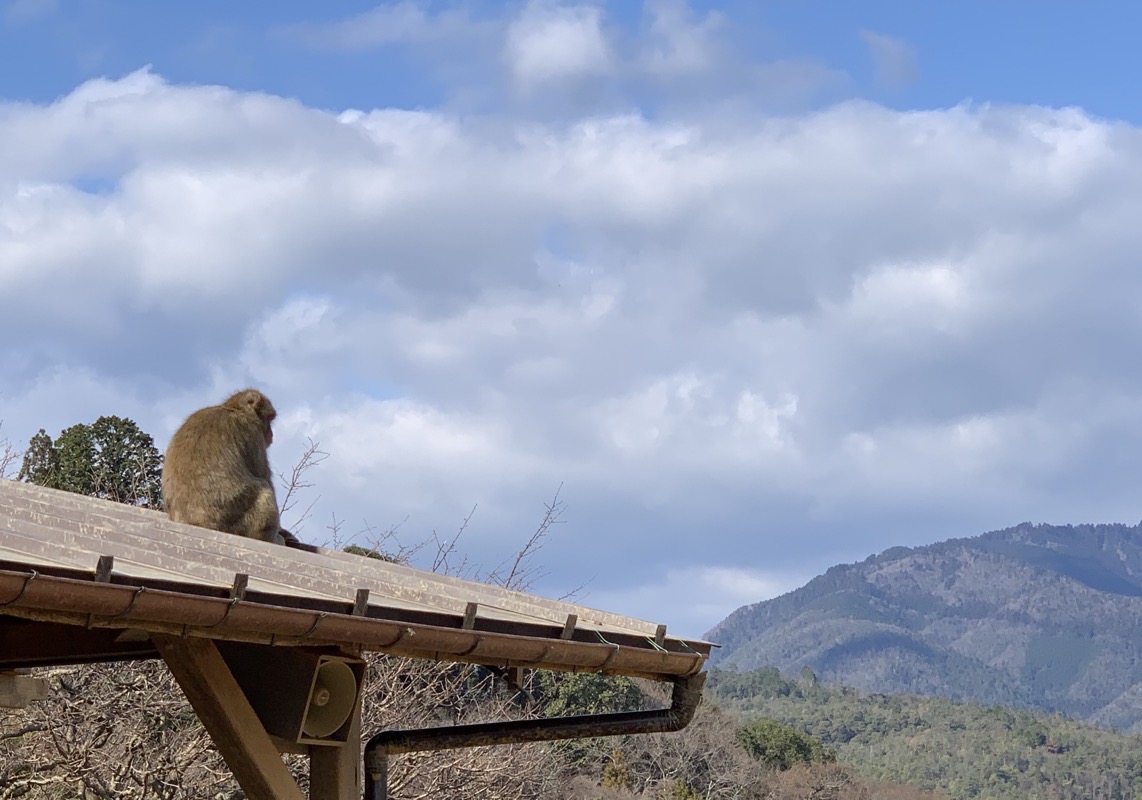 This cheeky fuzzy buddy had a hilarious time swinging on the sign, until he got yelled at by one of the bigger ones… 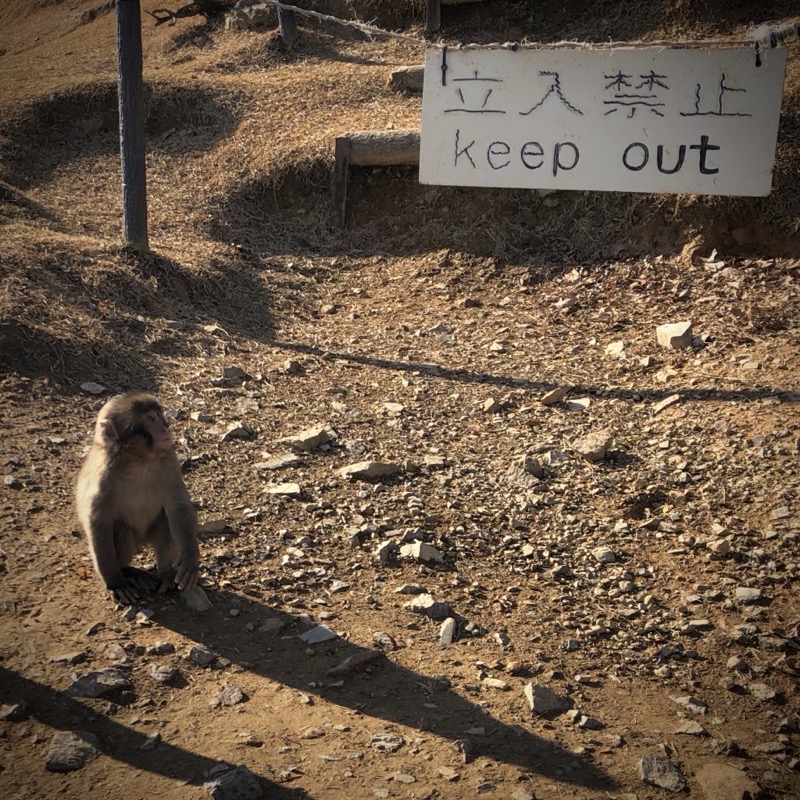 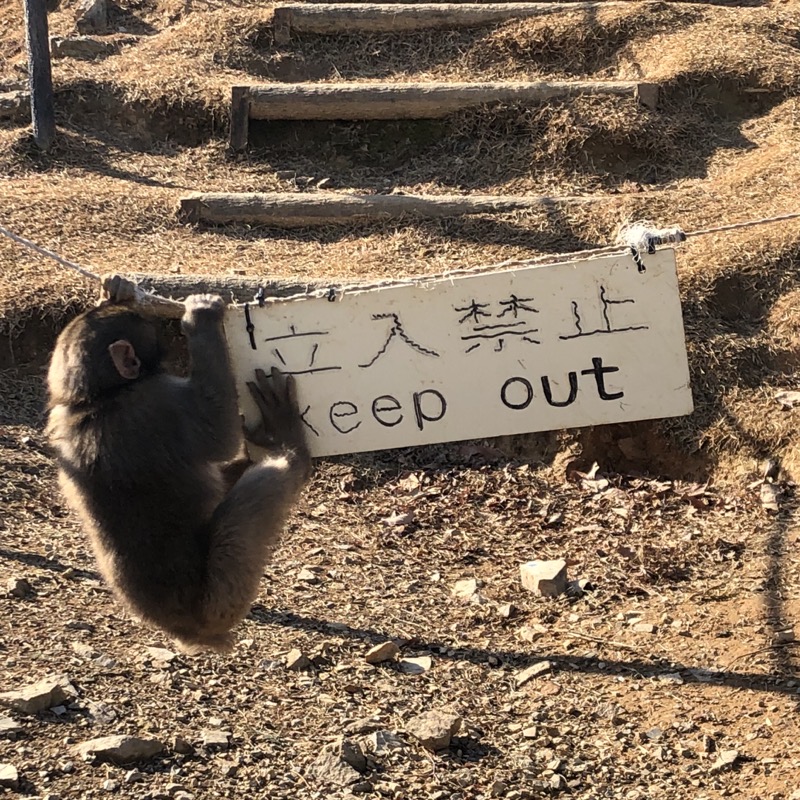 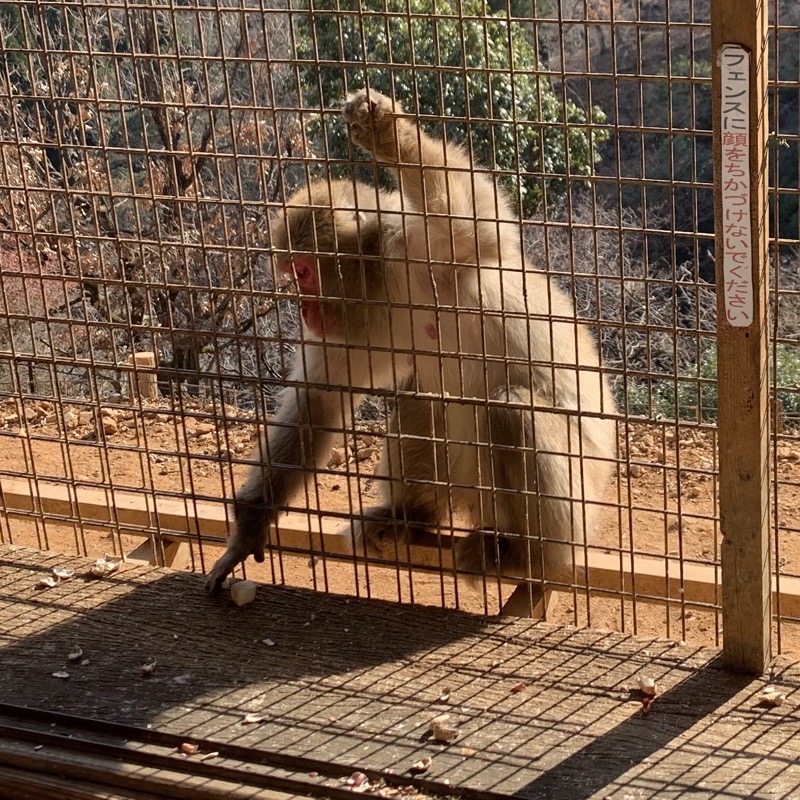 The area that the main monkey business happens on is on a plateau which allows for a great view of the surroundings.

These little folk are probably nine months old by now… there were quite a few of them. 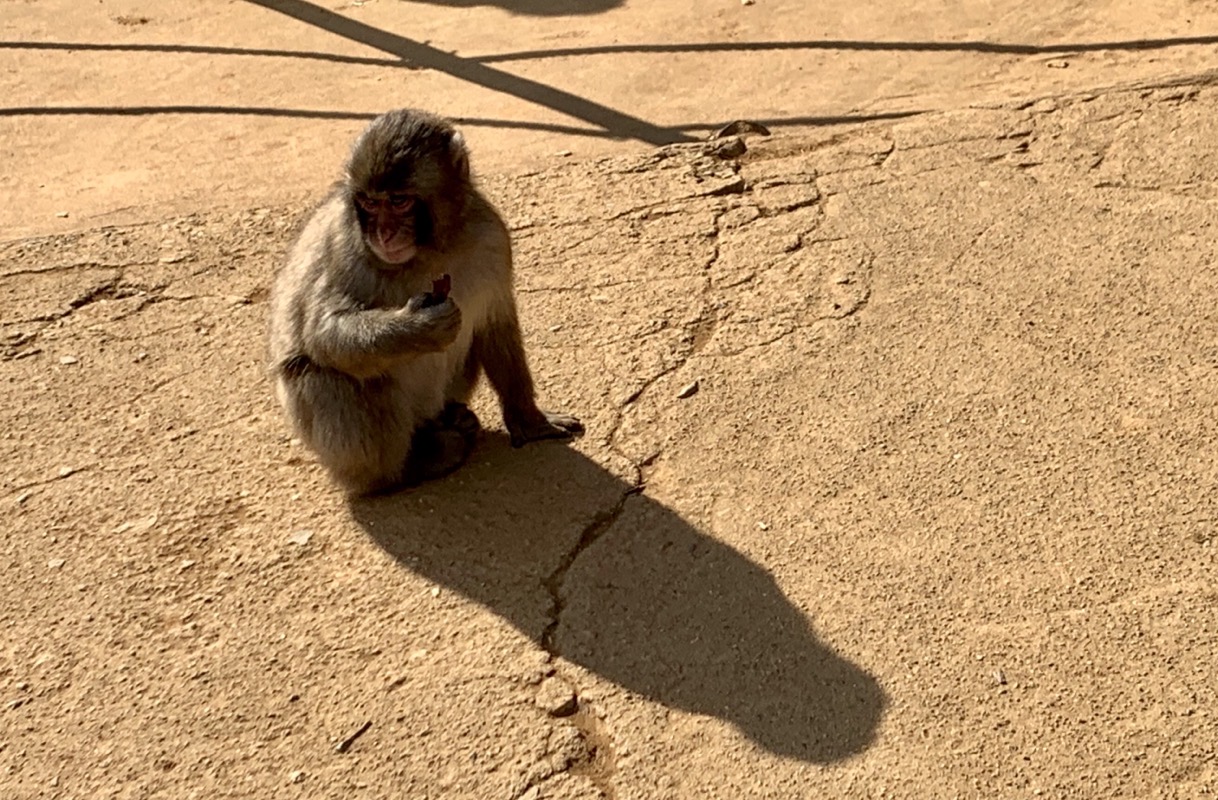 I really love how kawaii (cute) Japan is on so many levels. Don’t take life too seriously, nobody survives it. 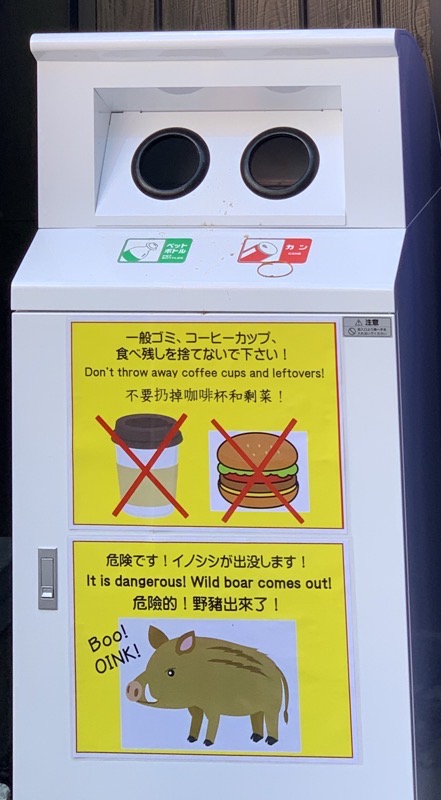 The Katsura river is quite pleasant to look at and there’s plenty of people out on the water; I can only imagine how cold it would be if you fell in! 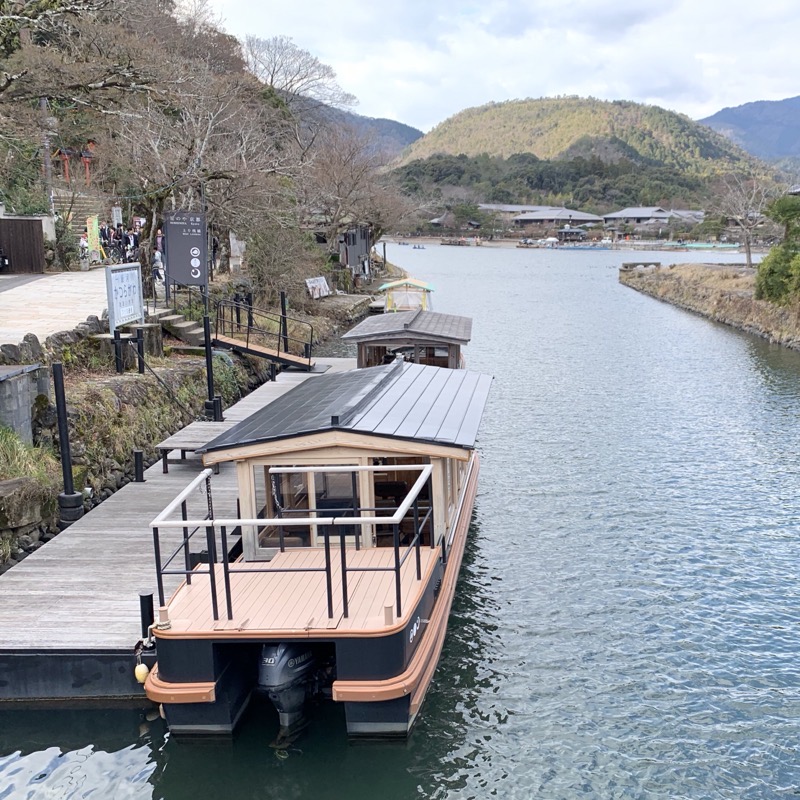 We walked across the Togetsu-Kyo Bridge which has been helping people cross the river for over four centuries. Works good, would walk again.

I really wanted to open that end. It’s probably best that I didn’t though, it was some deliciously hot pepper spice! 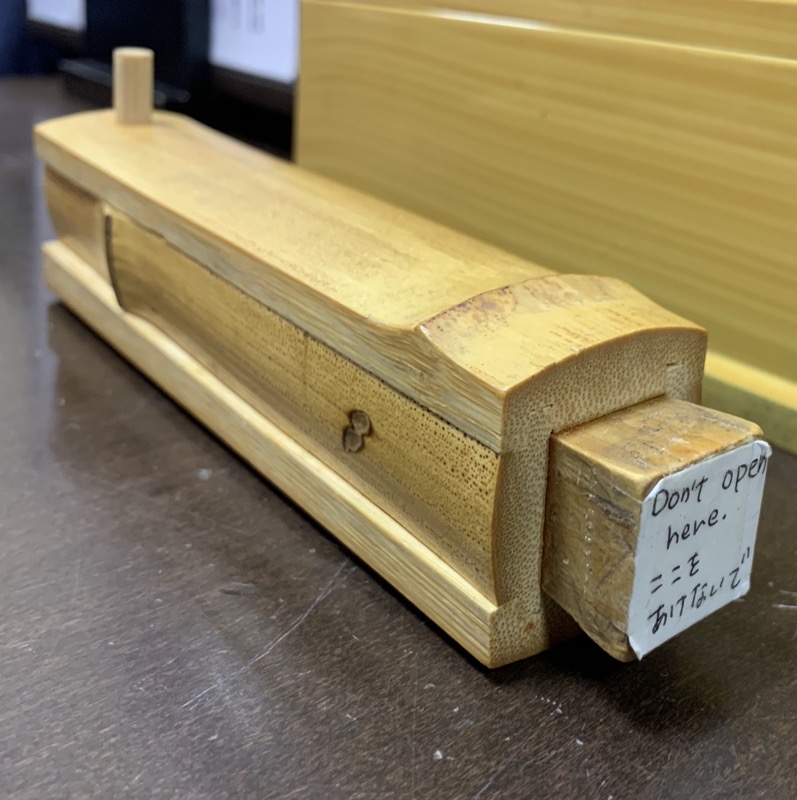 On the way back to the train station we found our first alcohol vending machine! If I liked beer more I’d totally have picked up some warm Asahi for 340¥ each! 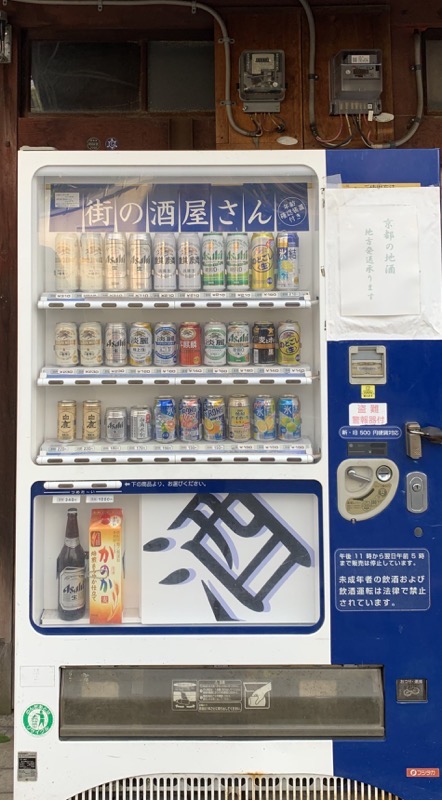 Dinner tonight was at the incredible Mimiko. Udon and donburi and all good things, they’re right next to the entrance to the Yasaka shrine. Well worth checking out if you like things in bowls with great flavour.