Today’s goal was to explore what Akihabara has to offer a couple of anime/computer/japanese pop culture loving geeks.

On the way to the train station we came across the Edo Taito Traditional Crafts Centre, a collaboration between local traditional craftspeople and the municipality of Taito.

Upon entering we were given a very informative introduction by one of the staff, then discussed the facility and its meaning a little more. The craftspeople of Taito don’t have skills or time to market themselves so the municipality puts this place together to show their wares in an increasingly competitive market. They’ll also do periodic events with the masters showing and sharing their skills. They don’t sell very much at all in the centre, but have a register of artisans and will put you in contact with them. 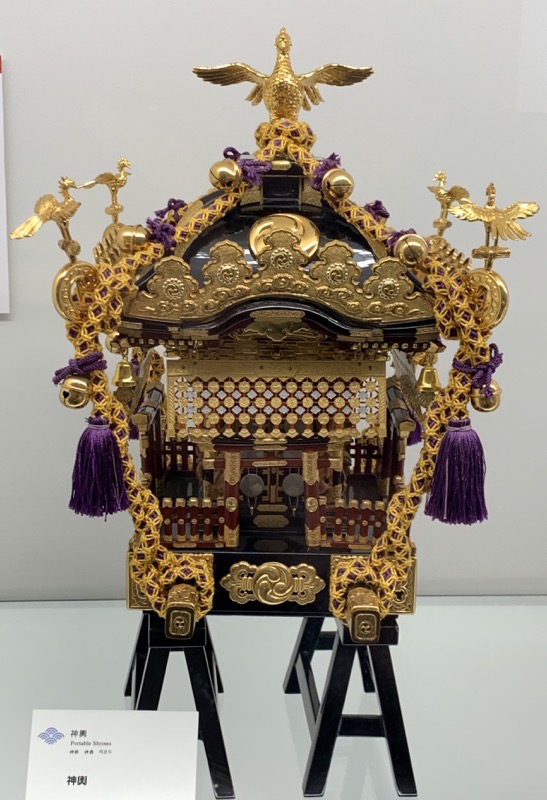 He said that they’re trying to get the younger generations more in contact with the crafts as well, since it used to be a tradition passed down through family or apprentices, but the youth today aren’t interested. Such a sad situation 😕 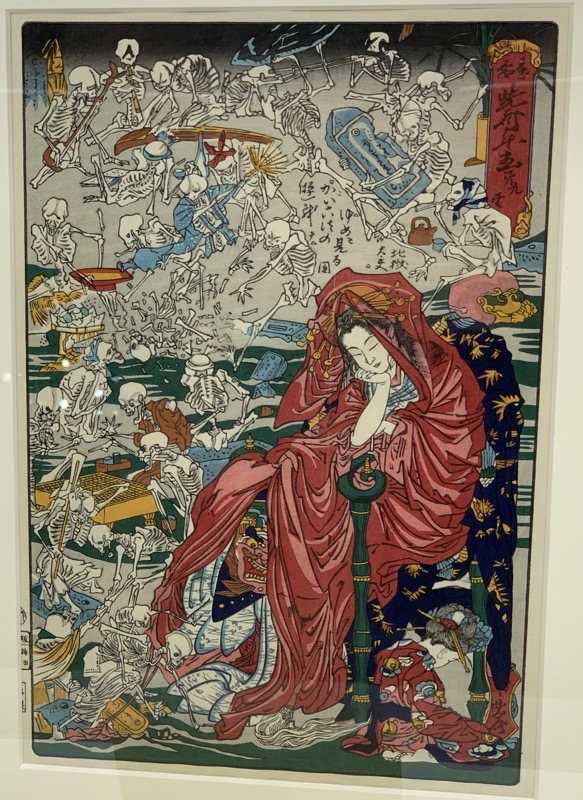 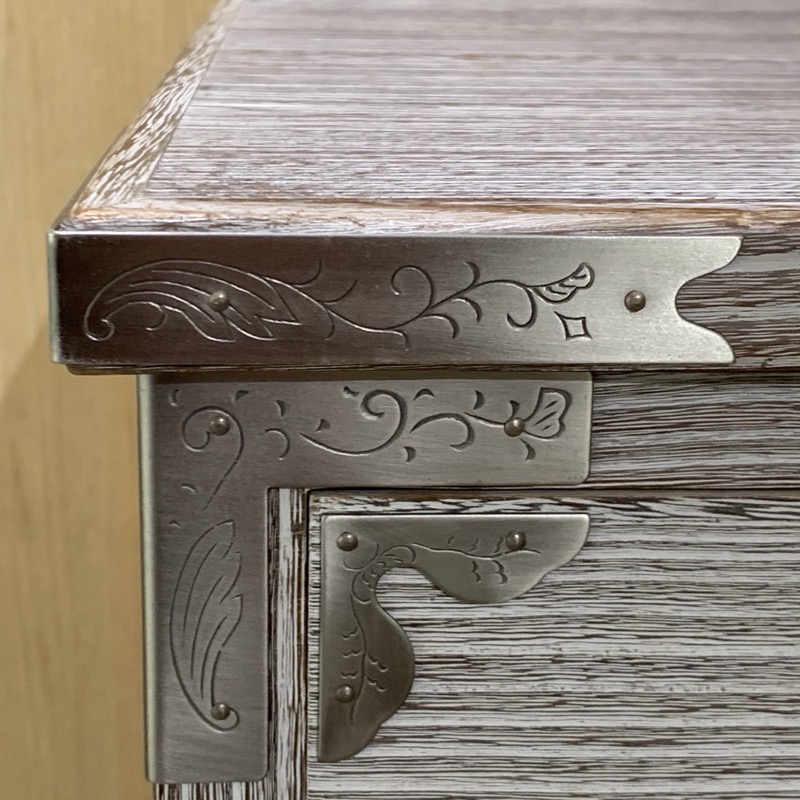 There were incredible pieces of art on display, from woodwork to silver/metalwork, leather, embroidery, and so many other things. I’d love to spend some time visiting some of the craftspeople on a future trip to Japan. 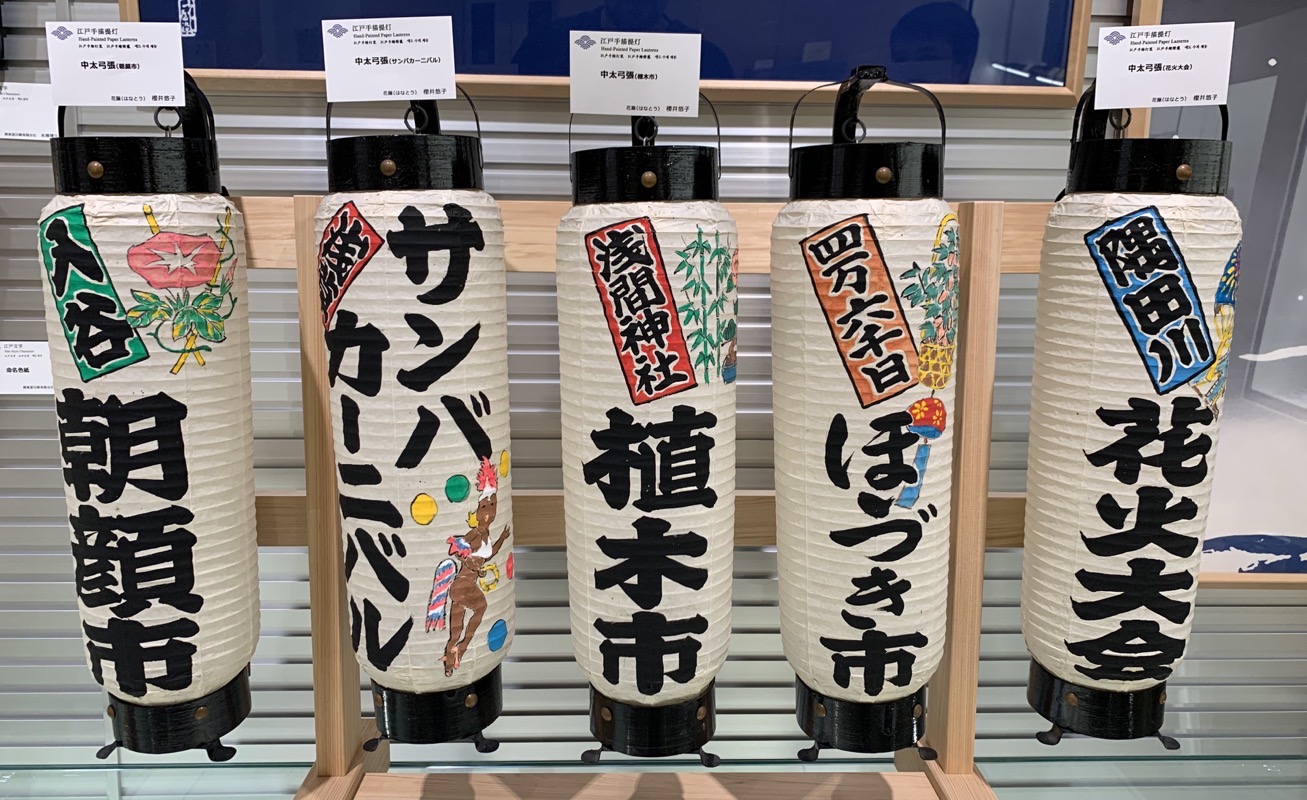 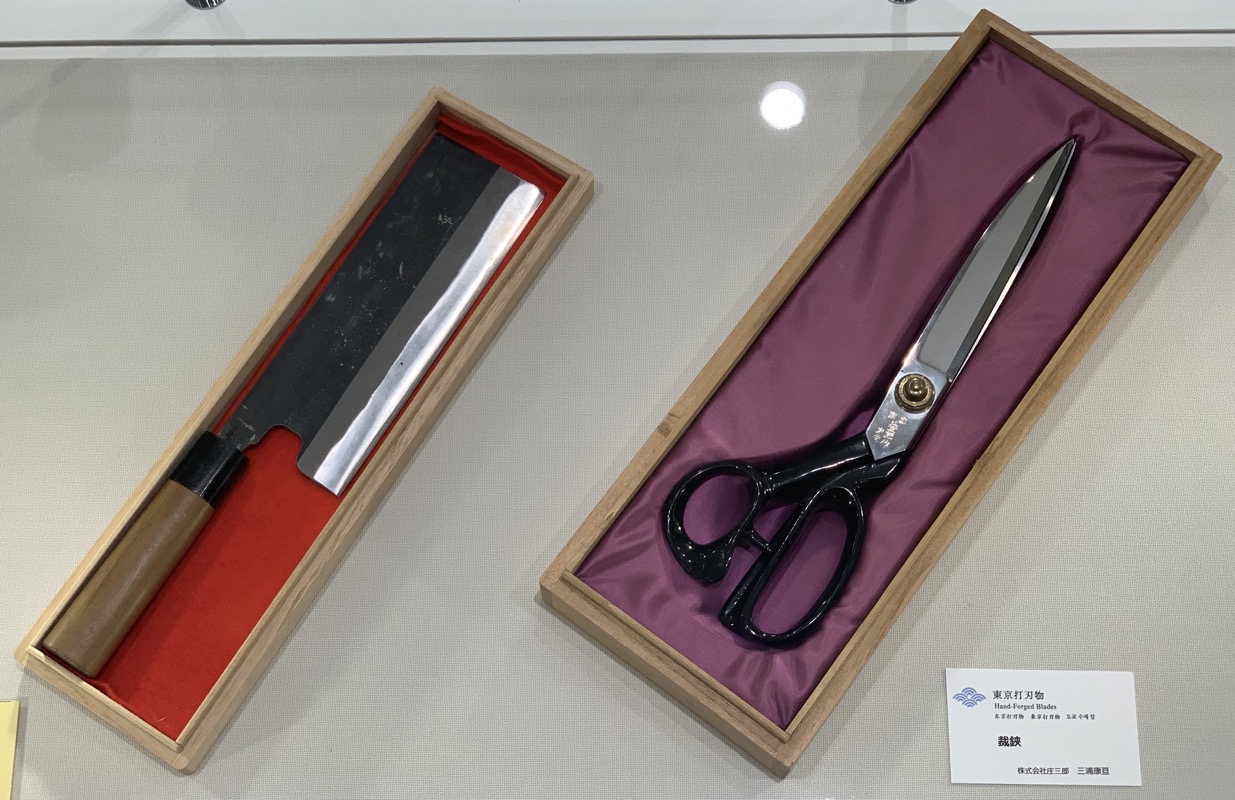 Off to Akihabara, and our first stop, direct out of the station was to visit the Shosen Book Tower. Eight floors of books plus an event space, they’ve got a better English collection than most, but sadly nothing I really wanted to read. I spied a copy of Van Helsing in Japanese in the “retro” section and grabbed that as another learning piece. 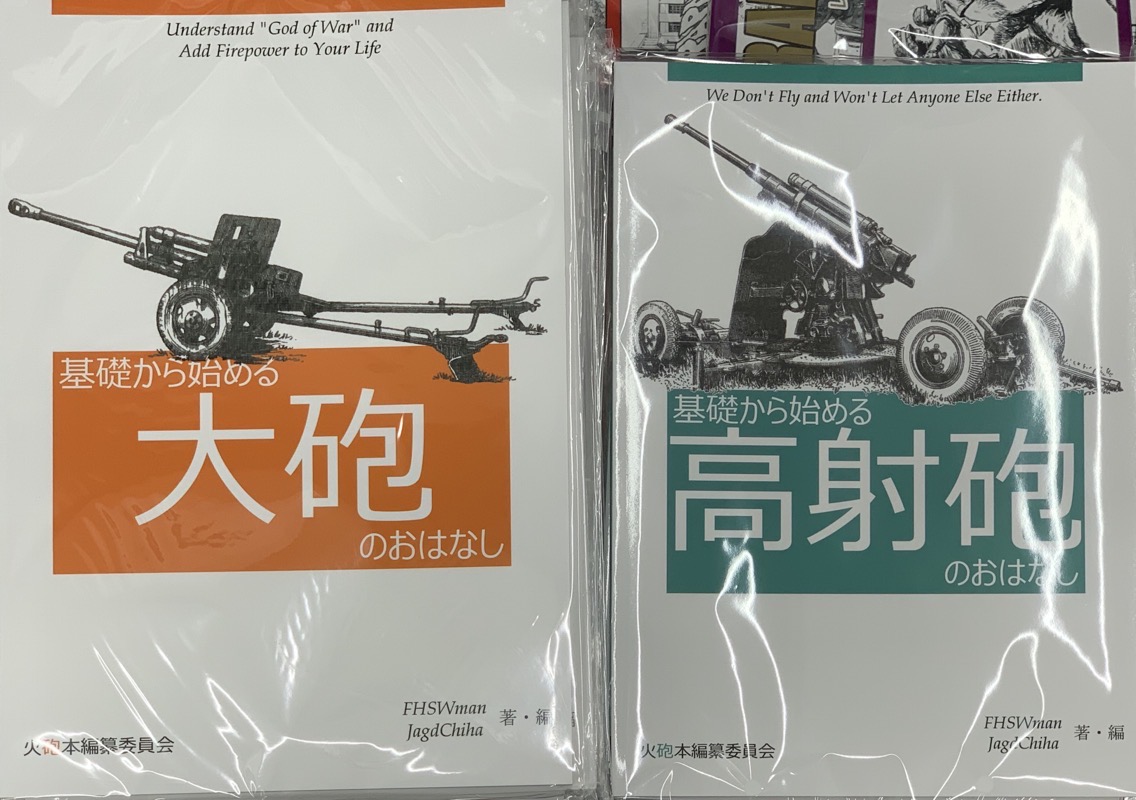 I don’t think it’ll stop being hilarious that the adult section is right next to the youngest kids stuff. ^_^ 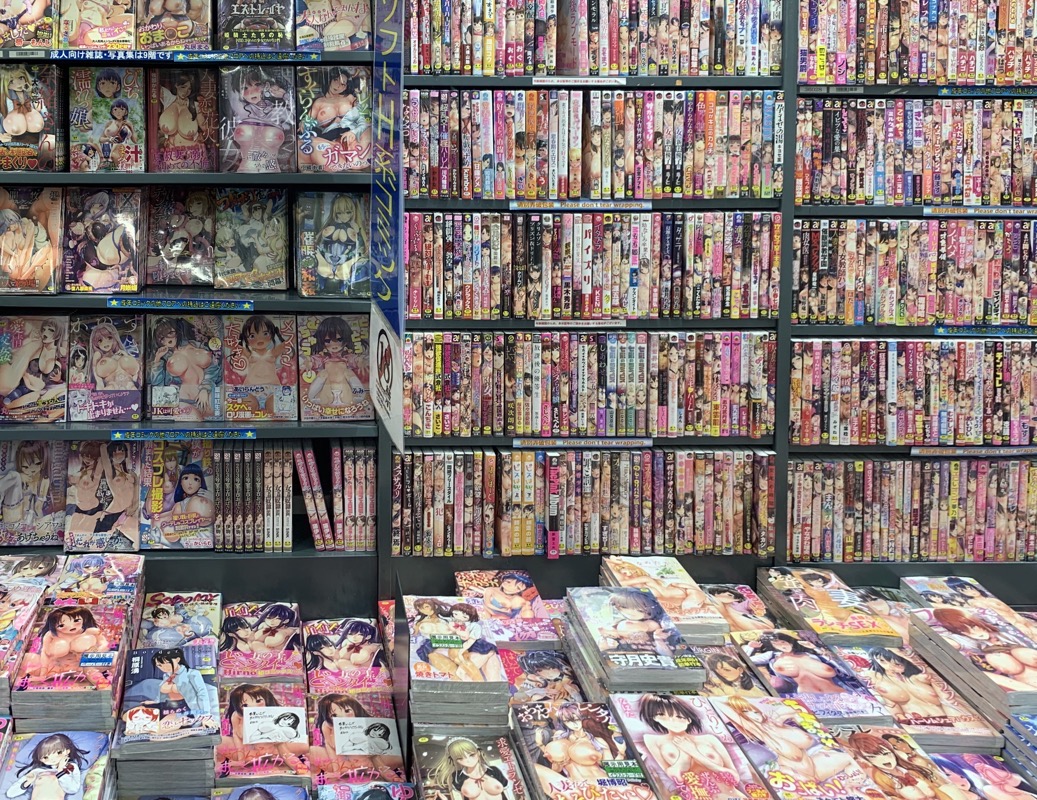 After that we staggered into electric street proper, wandering through a couple of stores full of homewares, figs and other things. 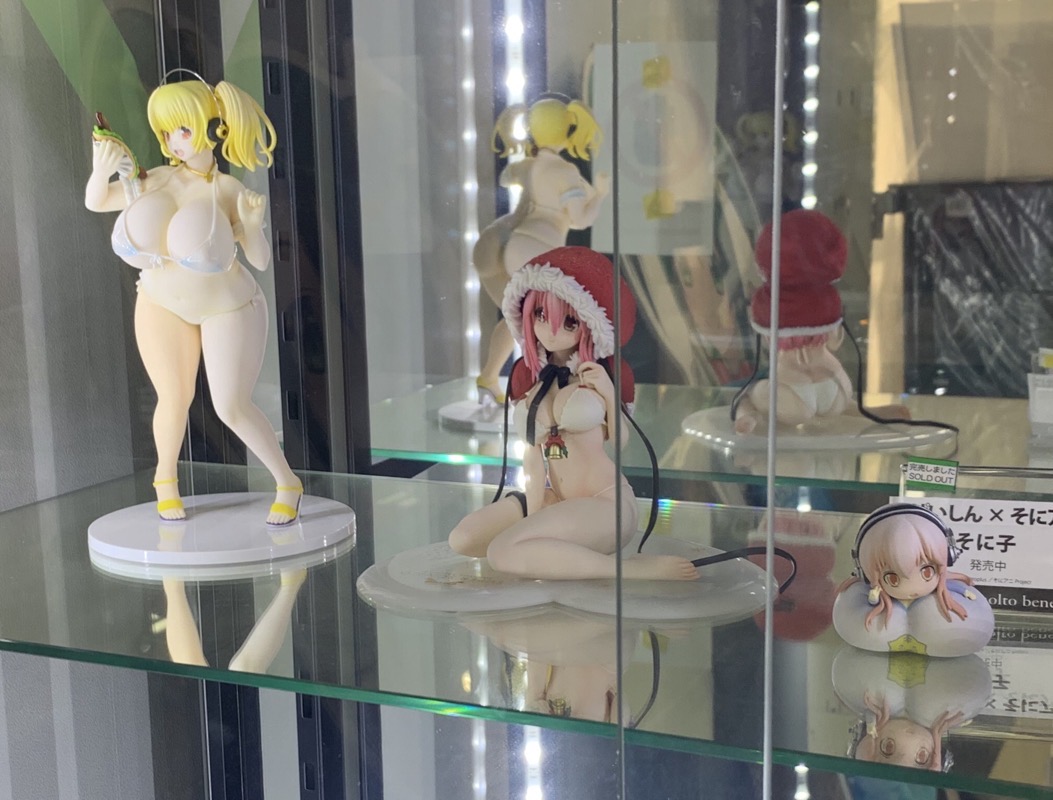 I spied Kotobukiya Craftsmanship down a side street and we went there. It’s got a pretty incredible collection of minis and branded fan goodies including a lot of things I recognize. 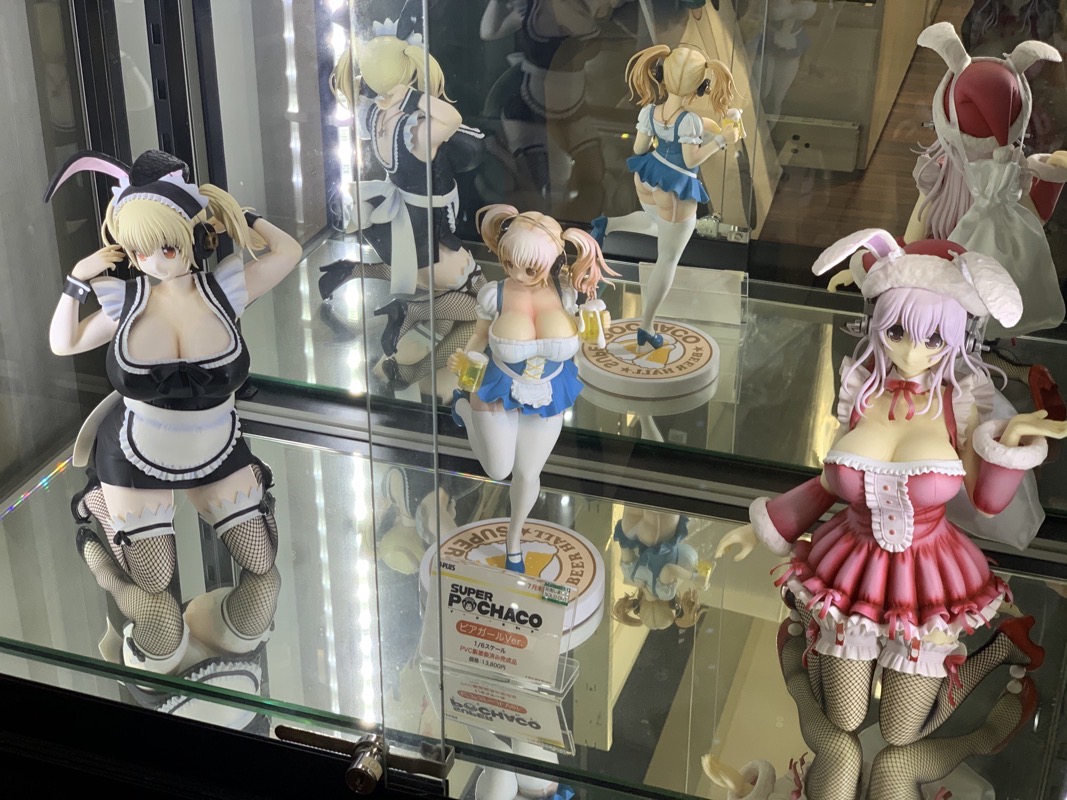 Another one of those “must try” things I was pointed to was the “Third best basement curry” as it’s become known within our group. That title came from one of the first people to visit it calling that out on a sign outside.

To find it, I didn’t have an address, but RMB had sent me a photo of her plate from when they went a few years ago… 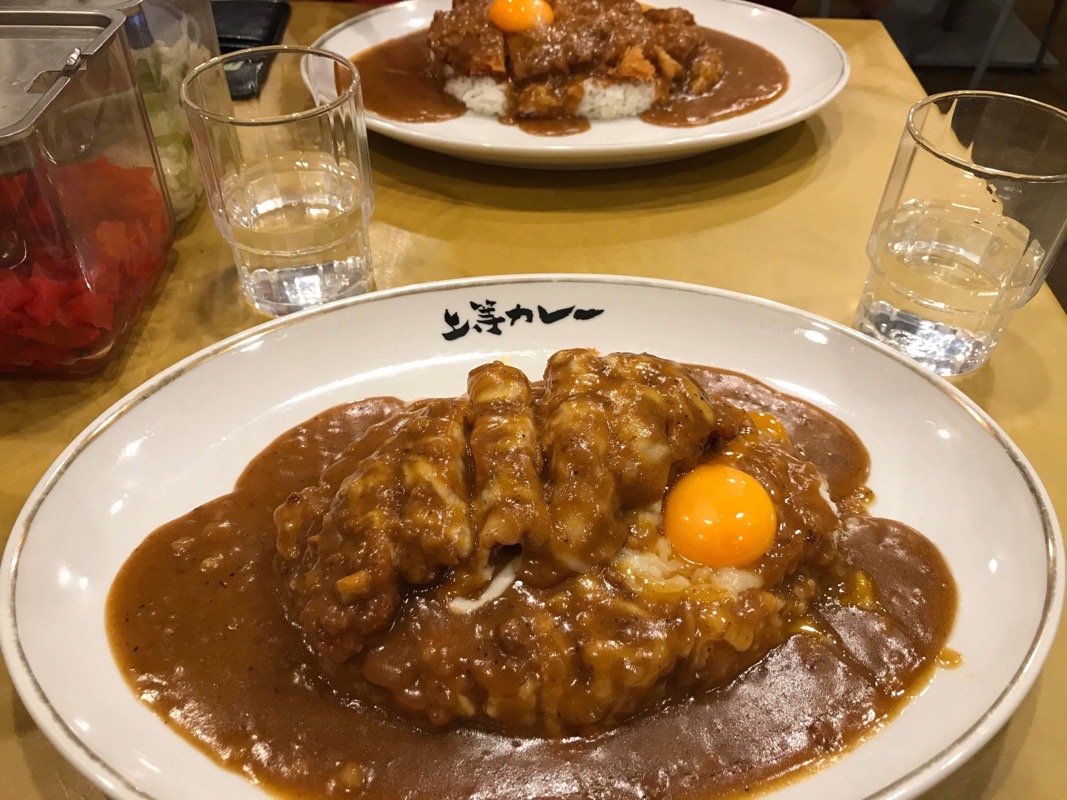 Google translate found the writing on the plate just said “Curry” but searching google maps for the word that google translate pulled off the plate and hoping for the best found us the place, customers’ photos had similar plates :)

We went to the front door, asked for two seats and were directed downstairs by the guy reaching out the door and mashing the lift button. Upon squeezing out of the barely-two-person lift at the bottom, we paid our money to the ticket machine and grabbed a table. There’s space for about 16 people downstairs if you’re all friends, and there’s a terrifyingly large set of P.A. speakers bolted to the roof. I’m sure that’d be a feature of late Friday night’s curry feasts.

It was really good curry. 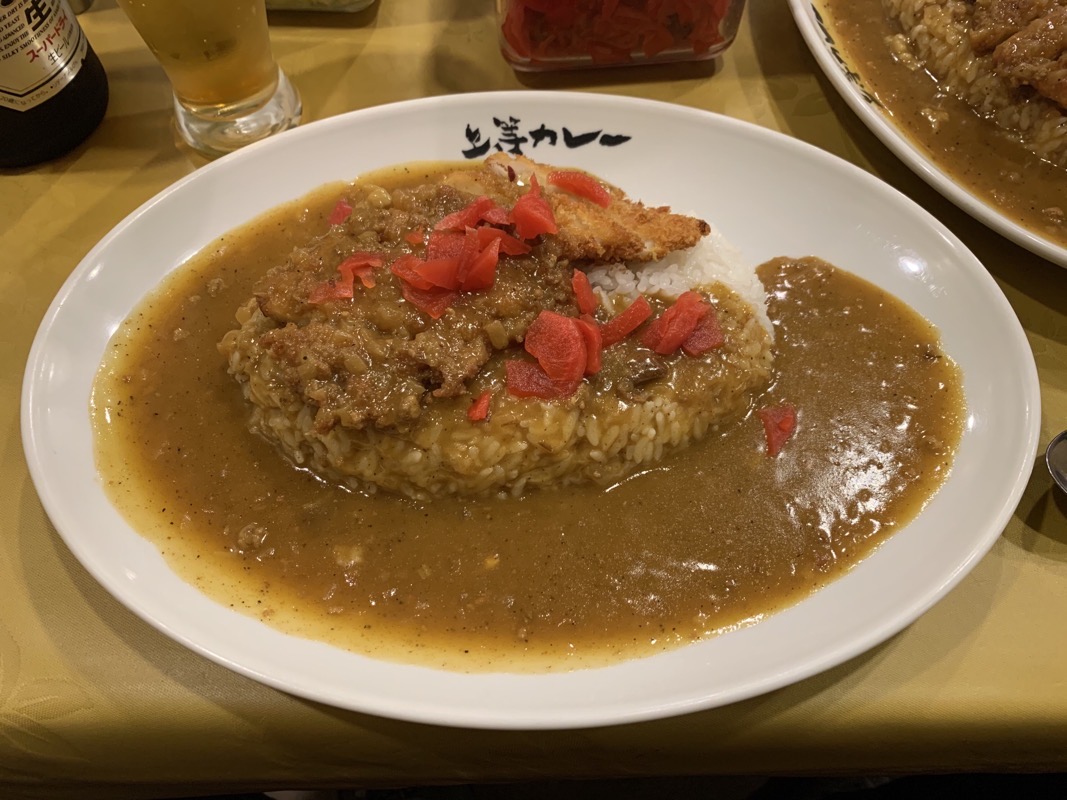 I couldn’t list all the other places we went, but I’ll try…

Super Tamashi Nations, the figure company, had a Star Wars special event on with some spectacular figures. 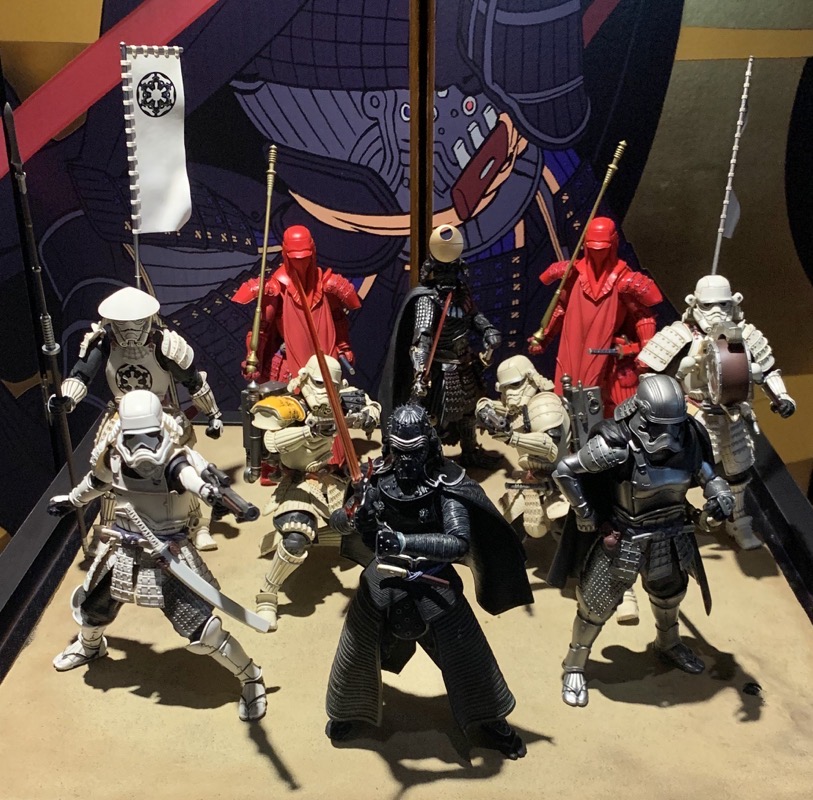 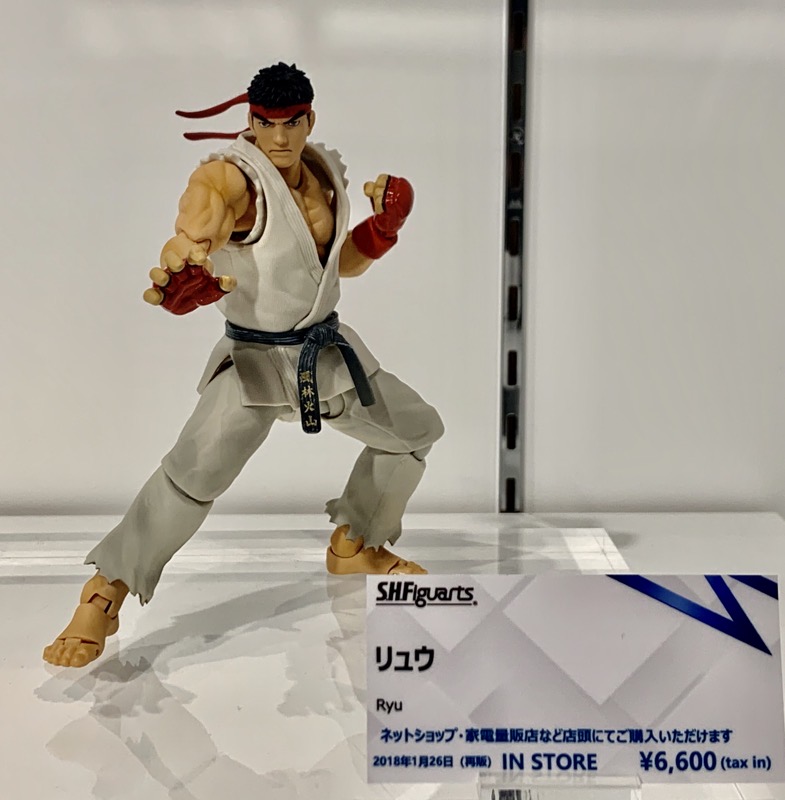 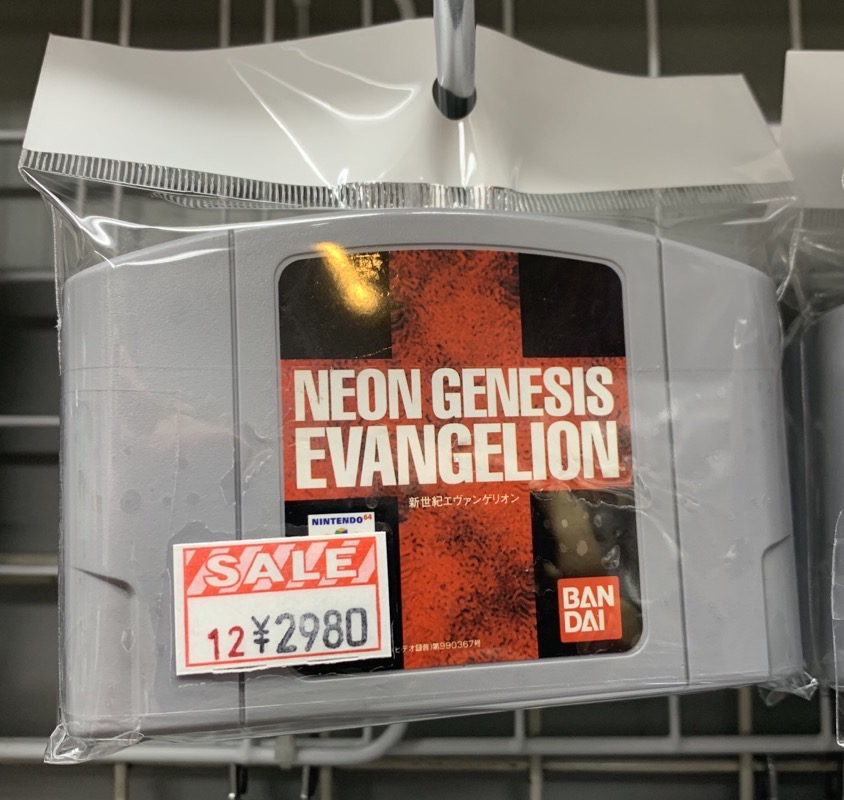 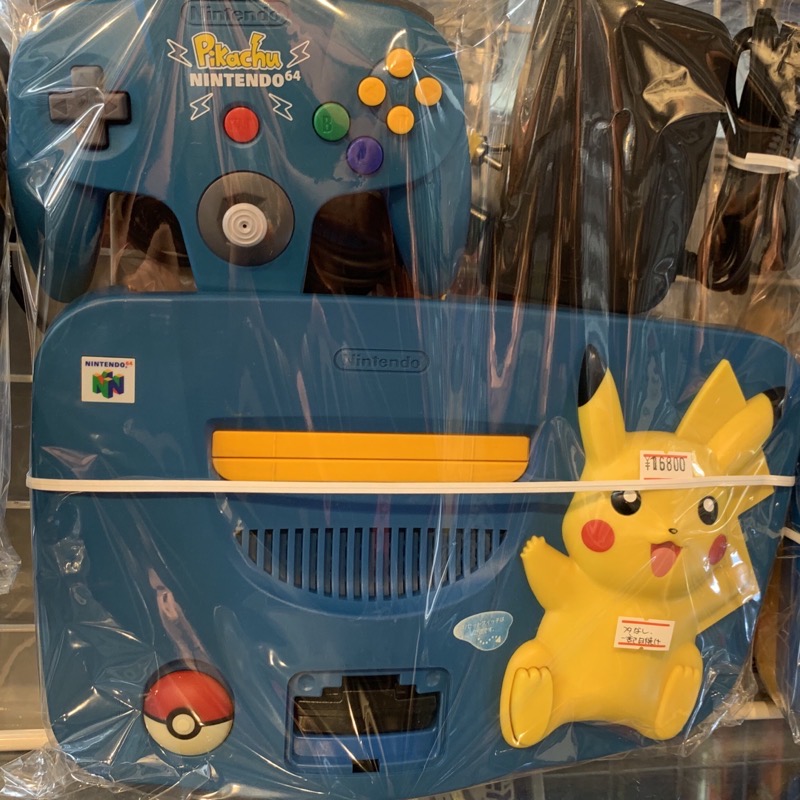 AISAN, a commercial electronics store where I picked up some NFC tags and stickers for less than I’d typically pay on eBay.

Animate, the confusing place that people call the largest anime chain in Japan, but the two-building-seven-floor Akihabara location had less anime on physical media than my local JB Hifi. So much of the store is filled up with fan items and so little with the actual animation. Either I’m blind, a terrible gaijin or they just aren’t buying the DVDs anymore, and it’s all streamed? 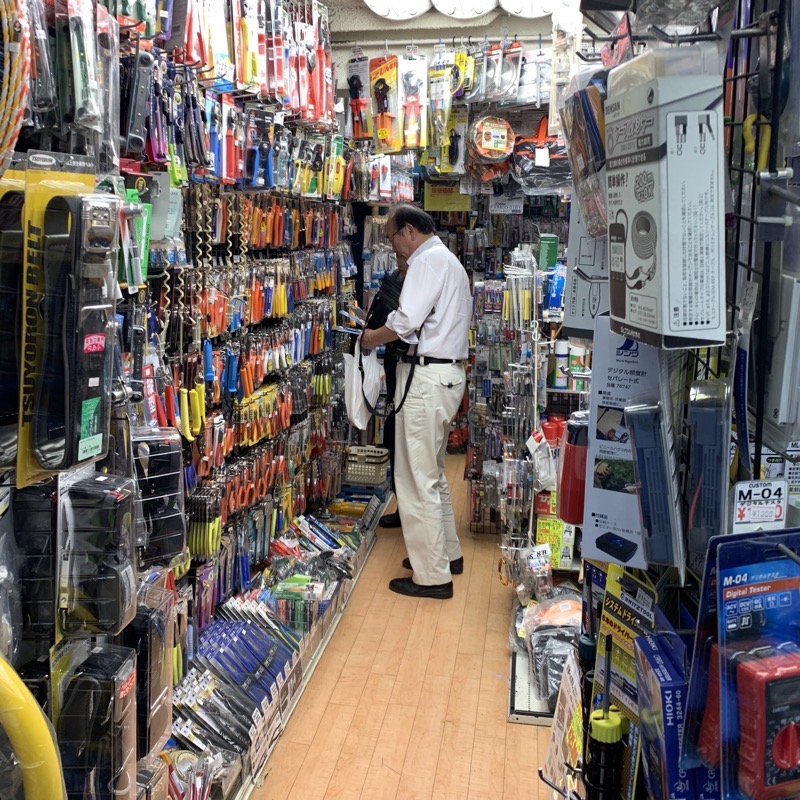 One of the last stops was an amazing little rabbit warren of a place full of tiny electronics stalls. This is the kind of place you go if you need to find the three “transistor guys” or want to see an entire stall full of toggle switches. Over 6’ tall though, you’re going to have a bad day. Ask me how I know, I was bent double just walking into the place. Worth it. 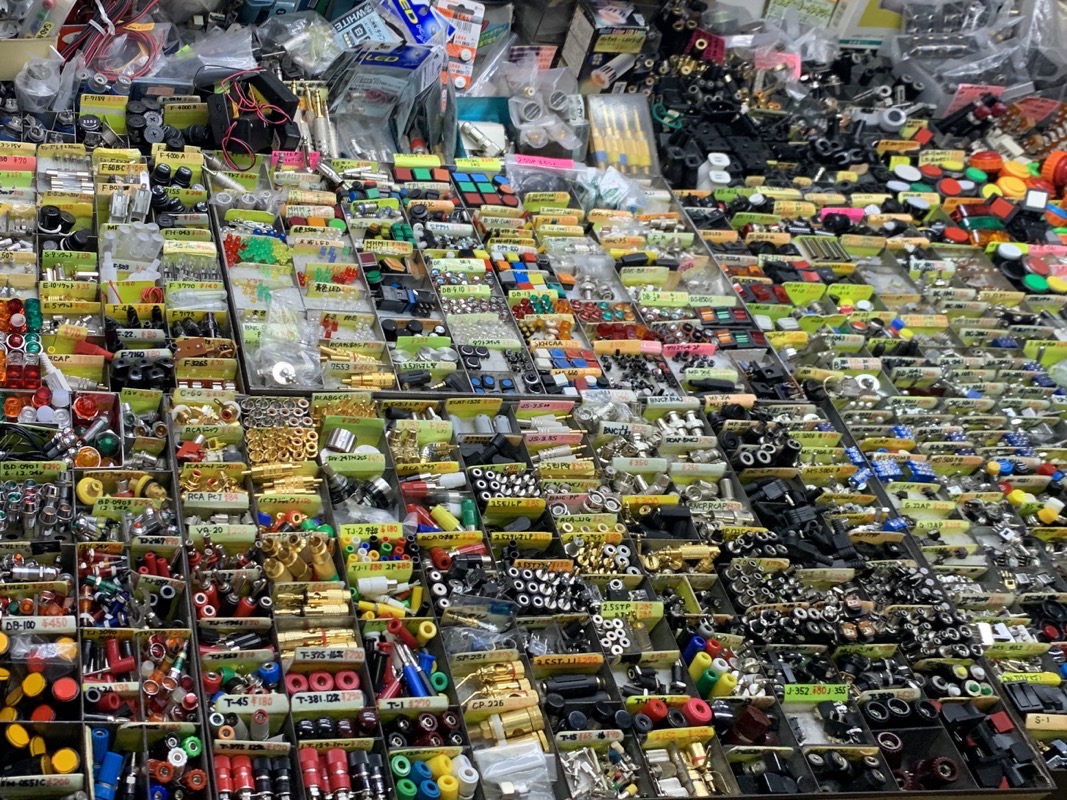 Ooh! Cheese tarts! Pablo mini’s cheese tarts made my afternoon, I grabbed a “standard” one and a chocolate flavoured one. Nom. 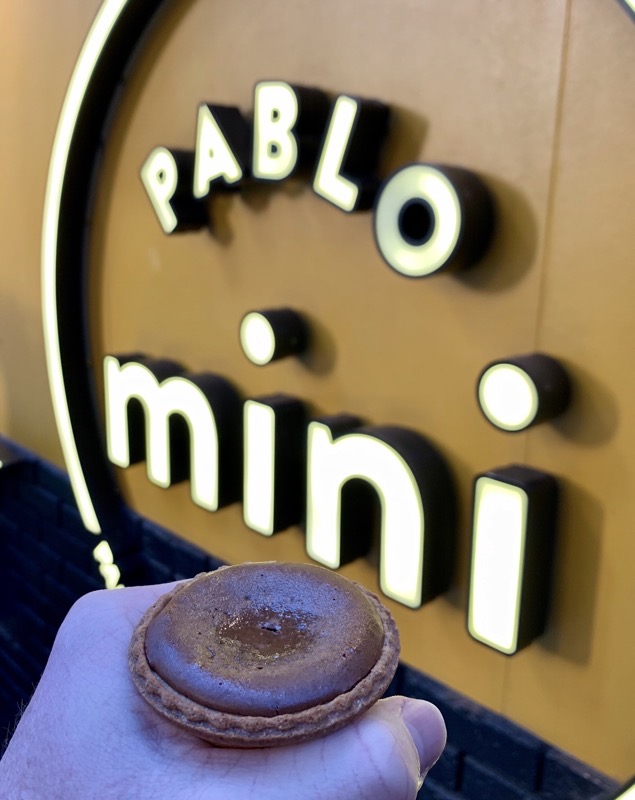 On the way home we peeked our head into the really depressing looking Gundam café, something I’d been warned to stay away from unless I desperately wanted to do something with Gundam in the name. Definitely avoided that one.

Our journey home tonight was via the Tsukuba Express Asakusa station. On the way out I saw a sign for “Kappabashi Kitchen Street exit”. Intrigued, I did some quick searching and found it’s a street (and a few around it) that are set up to sell mainly to restaurants and catering houses. 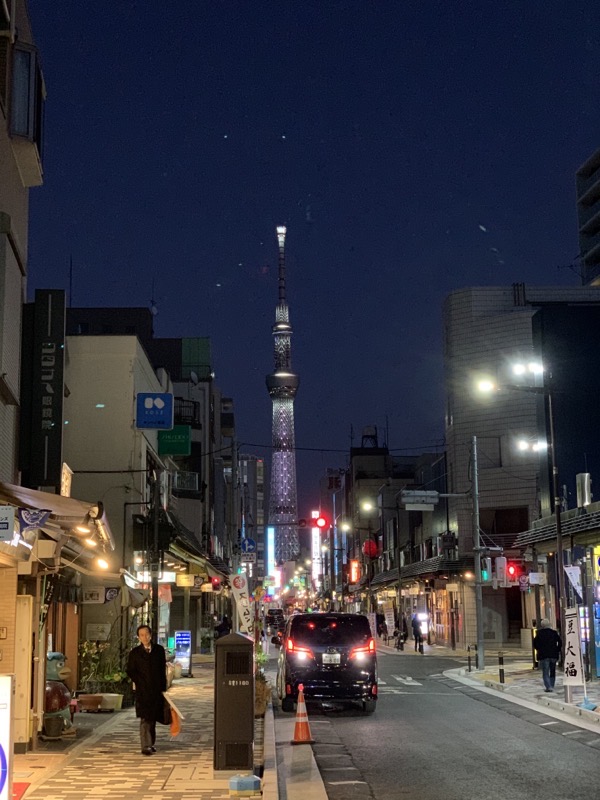 There. Are. So. Many. Amazing. Stores. Here. It’s about a kilometer long, a block away from the “main” street on the west border of Asakusa. 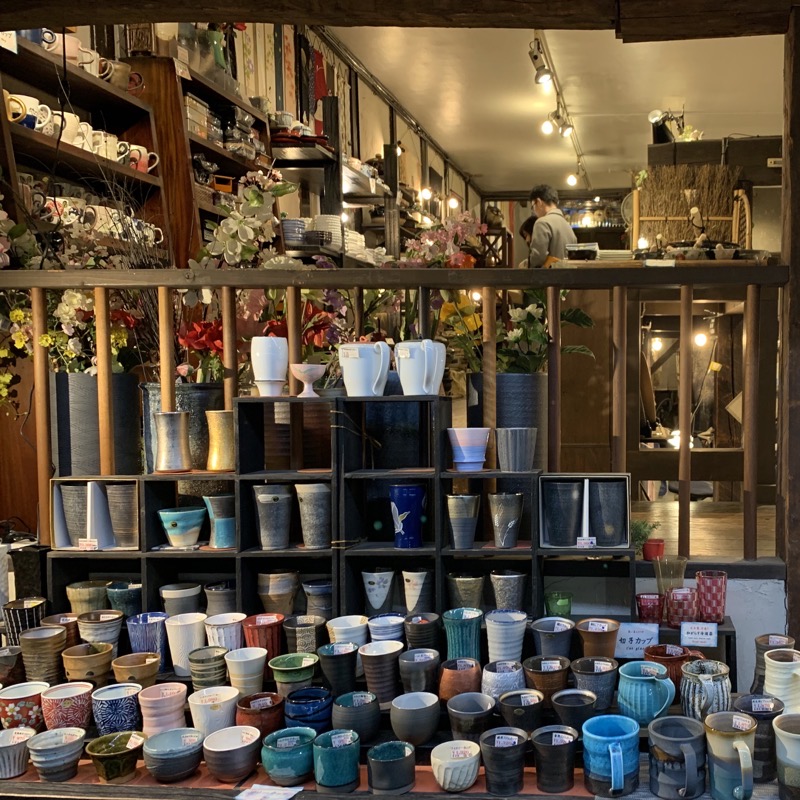 I wandered each side of the street, marvelling at the rich collection of everything you could possibly want as a local restaurant owner. 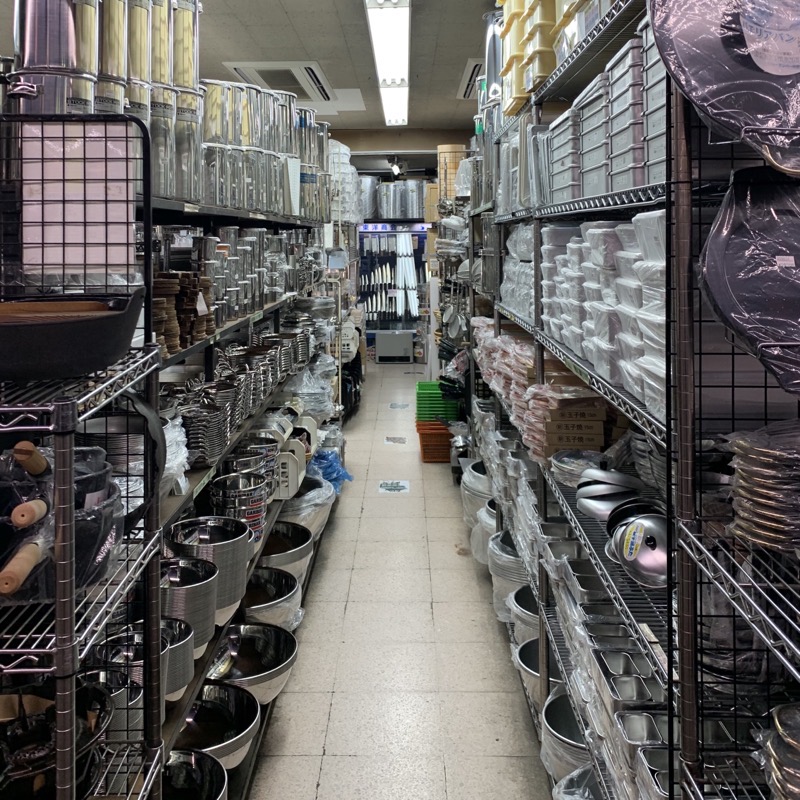 If you’re a fan of amazing knives, this is one place in Tokyo to visit in my opinion, there’s some fine craftspeople from all over Japan represented here.

There’s a few stores that specialise in plastic food, that very Japanese display in the restaurant windo. This “Giga wave” of rice was in a pot that rotated, and was truly spectacular. 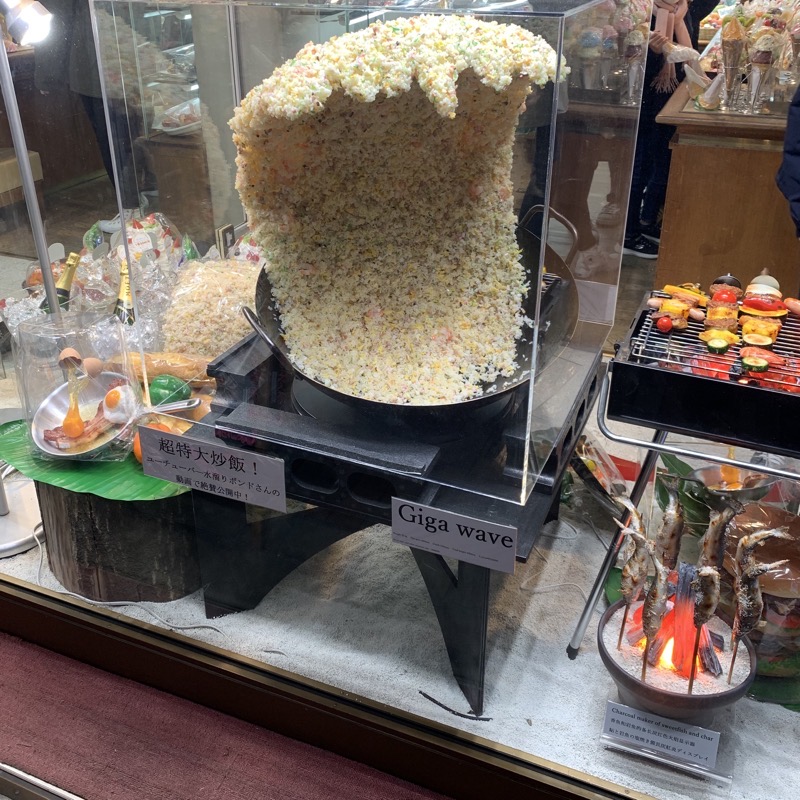 Another store specialised in helping you perfectly customise your display, from the realistic… 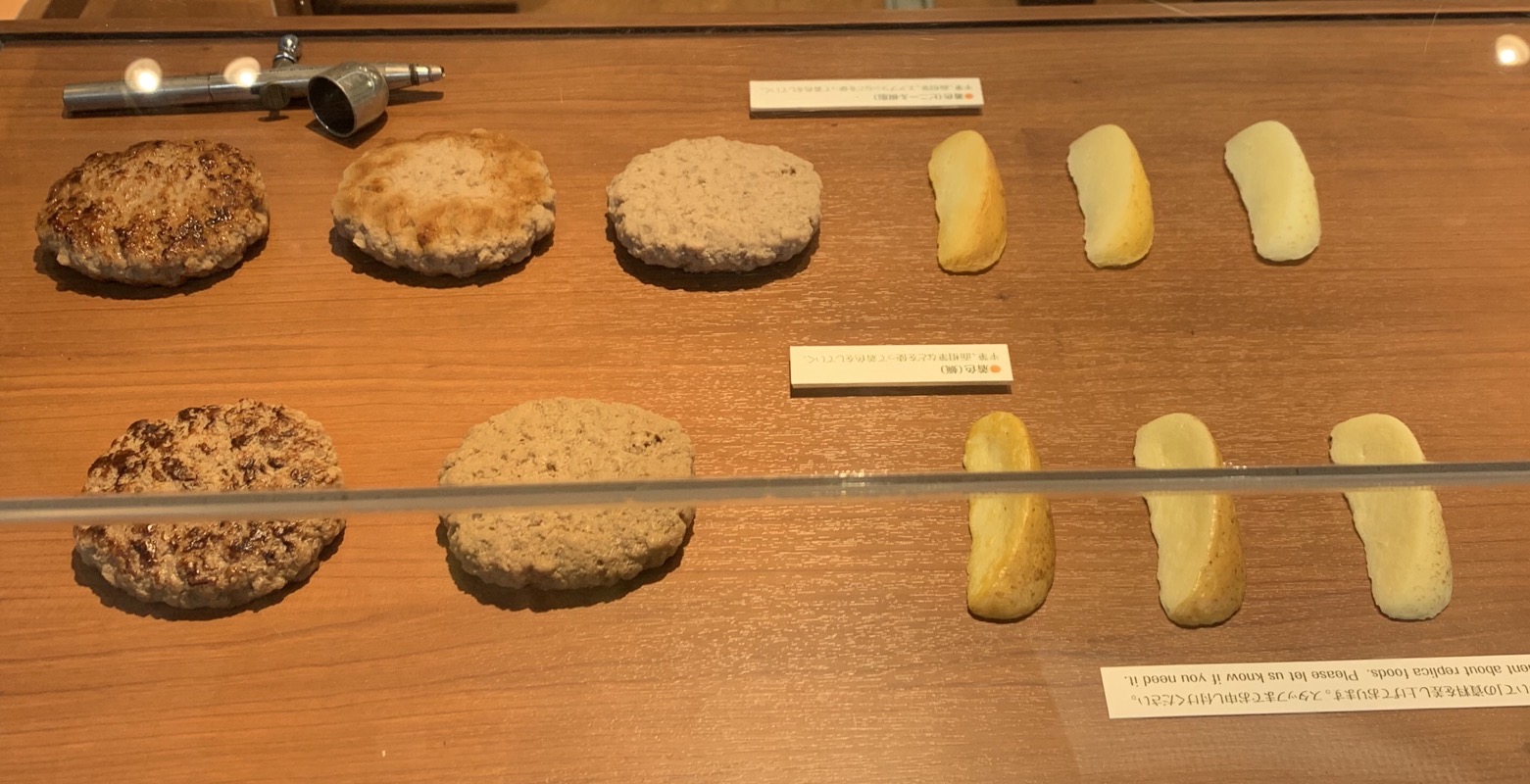 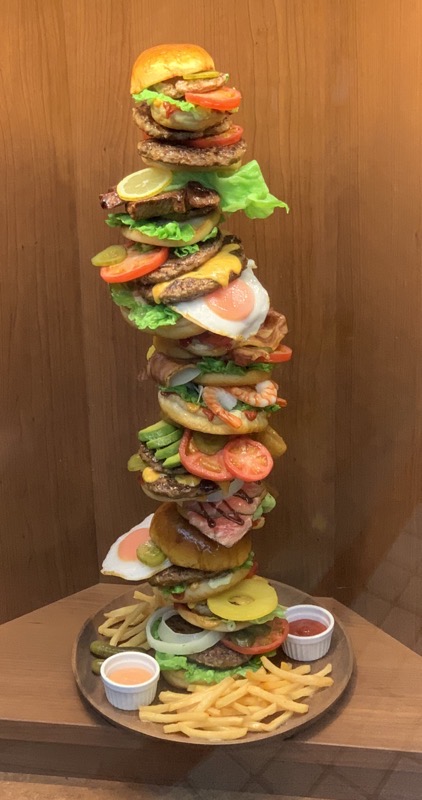 I left Kappabashi street with nothing new in my bag - I really can’t bring anything I want home without likely damaging it - nor do I need another knife I don’t deserve. 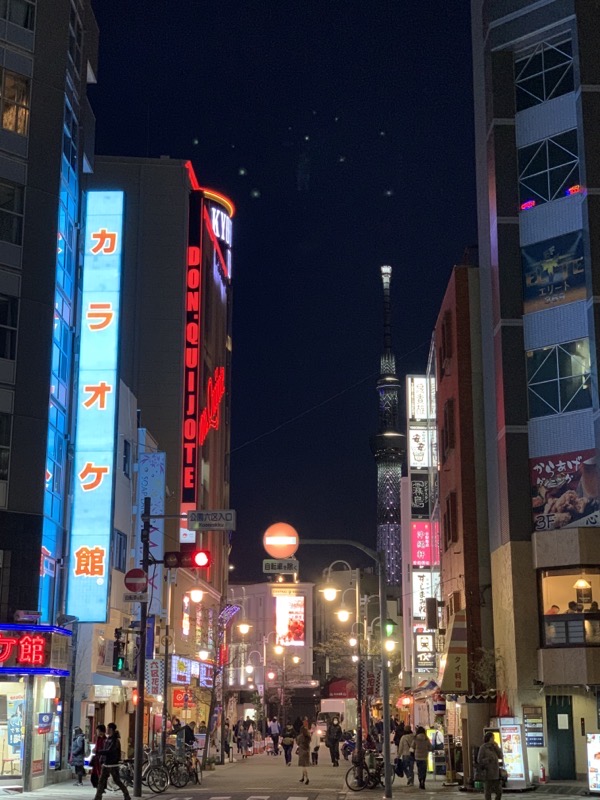 I headed back to Asakusa looking for food and to sate A’s need for calories that aren’t sourced from the sea, we ended up back at Curry wa nomimono, stuffing ourselves full of delicious “black” curry and pork katsu. Nom. 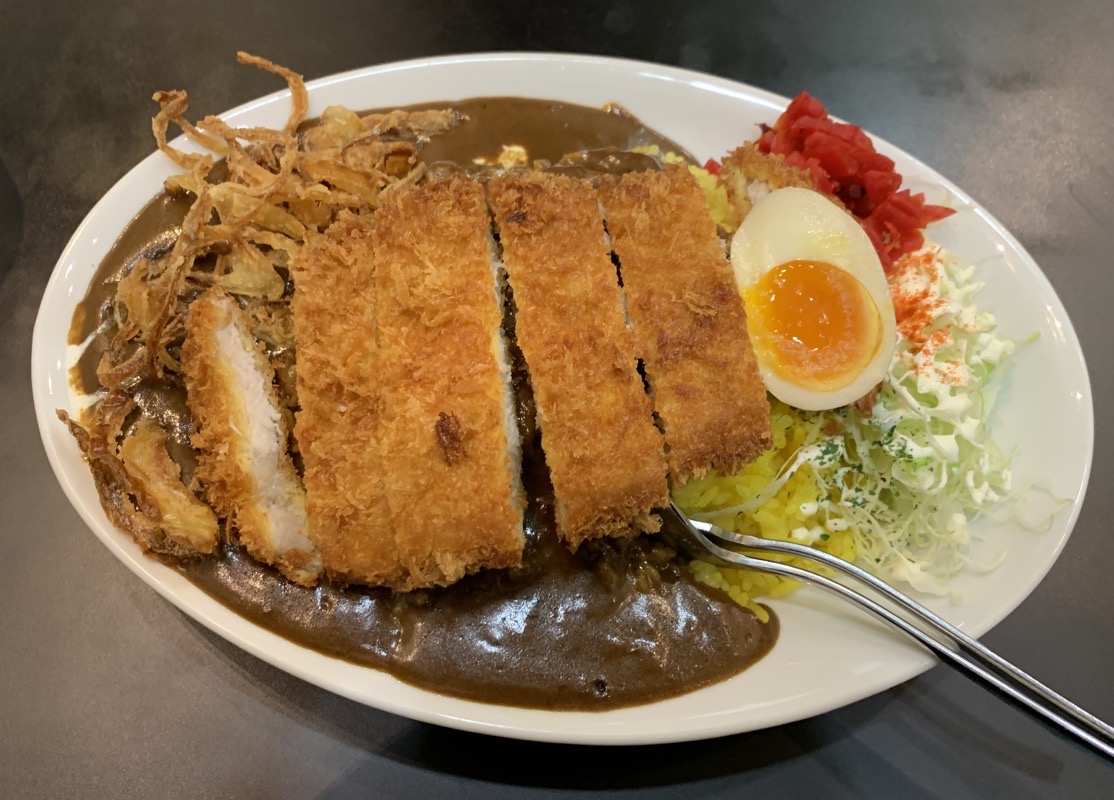