If you haven’t seen any movies from Studio Ghibli, stop now. Go watch a few. They’re amazing. The art, stories and storytelling are glorious. Having said that, I know I haven’t watched as many as I’d like, more through the cost of local copies and lack of availability in general.

A visit to the Ghibli Museum was one of the “must do” parts of this trip. It was always on the “top things to do” lists while researching, and I love the worlds that Hayao Miazaki brings to life on and off the screen.

Getting entrance to the museum is quite the affair, happening months before the trip starts. I was doing research in late August and found that tickets were released in the three months before the day they’re due to be used, to one company, but not always. They’re purchased for one person and can’t be changed in date or person on the ticket. If you’re a Japanese national, you can (sometimes) buy tickets at local convenience stores (Lawson’s) if and when they’re available.

On the 1st of September I logged in to JTB Travel’s Ghibli tickets page in the morning and found that some of the dates were already booked out for the time we were in the Tokyo area (other than the usual “closed on Tuesday” state). Given it’s the holiday season, this isn’t entirely surprising. I requested a booking for xmas eve and the waiting began. Obviously this worked out, and a week or so later I got an email with a confirmation; a few days after that our tickets were delivered to work.

This morning we grabbed an early-ish breakfast in the hotel and made our way to Asakusa station, then transferred at Kanda before arriving at Mitaka station. Enjoying the sights and free wifi made for a quick hour’s journey. Mitaka is a cute looking sleepy little area at 9am on a Tuesday, and with a lovely walk in the sunshine we made our way to the museum. 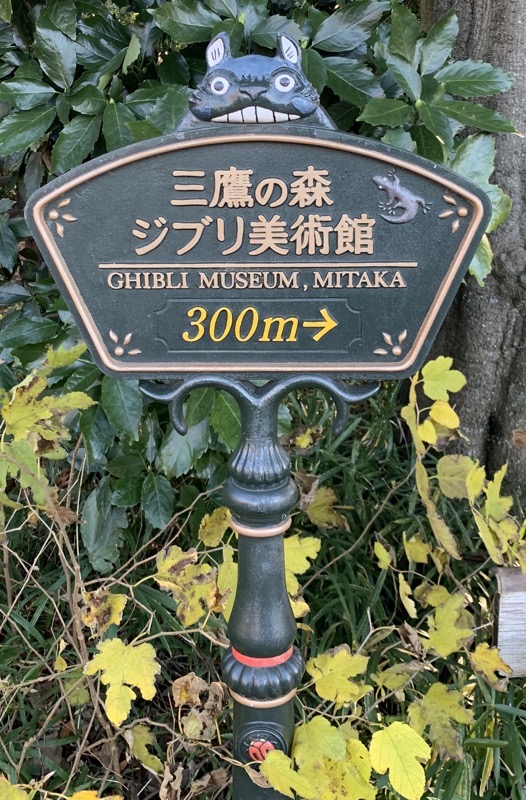 We didn’t have to wait too long and they were introducing us to the site, reminding us that no photographs would be allowed (they were very strict about this inside, too) and bringing us to present our paperwork to be inspected. There were no electronic systems to confirm the bookings, but if we’d brought a photocopy or something, we’d been told we’d be turned away.

Once our identites were confirmed, we were presented with a ticket to the movie, a couple of frames of film in a little cardboard frame.

It was stamped to confirm our entry and we were led into the theatre for a welcome movie. There were segments of about ten minutes each, one in Japanese where Porco Rosso led us through many different flying machines and adventures on them, and another called “Mr Dough and the Egg Princess”

There’s going to be some future posts where I go through all the things I bought on this trip and explore them a little more - in the meantime let’s just say I bought the guide for the latter movie (there wasn’t one for Porco and bought the exhibition guide as well so I have a load of imagery for the museum proper.

Once out into the museum we started exploring. First, up a permanent exhibit called “The Beginning of Movement” showing the history of animation, from Zoetropes to Panorama boxes to modern film-based animation. It’s really well done, with a variety of content that’s really accessible to people old and young.

The film display was spectacular, with a several minute short film showing the evolution of humans being contained on a loop of film which traverses many different reels, rollers and quite a few different projection methods, never stopping.

Next up was the hilariously tight staircase to the upper levels, where I bashed my head more than in the underground city in Turkey. Something about constantly turning, it being skinnier and just… clumsiness. Good fun though, and we were at the top.

There’s a kids play area up the top, with a large catbus for small children to play in, on and around. From the amount of screaming it was clearly a lot of fun!

After that we wandered around to the reading room where many books old and new are available relating to Studio Ghibli, animation, storytelling and the like. Some of them are for sale, some sadly out of print (like the amazing “art of x movie” for each of the Ghibli movies).

I was able to pick up the museum guide, an english-annotated 300 page collection of writing and photos relating the museum and Ghibli itself. I grabbed some postcards mainly to get some good shots of the interior, and two guides for the shorts shown in the museum. It turns out that the only place in the world to see the shorts is in the museum, which is delightful that we got to, but sad that others won’t ever get to experience the same delights.

Next we headed to the other permanent exhibit room “Where a Film is Born” which takes you through several spectacularly appointed rooms showing the life cycle of a film. The first looks to be set up like Hayao Miyazaki’s office, with the walls coated in reference pictures and test drawings, and every surface covered in books, small creations, pencils and other art materials. There were several large books full of research photos and scraps of art, taken from all over the world, informing the films that were created.

Next was a hall of previous work, showing short-for-shot storyboards of past films. I’ve never really had anything to do with professional film making of any kind, but the level of detail, all hand drawn, plus annotations beside them is spectacular. They’re all mostly rough sketches of what the shots would look like, but you can really get the feel for how the movie flows just flicking through them.

The paint/colour room came next, showing the artistic process of turning thought into colour. There’s some truly spectacular pieces of landscape and background on the walls, hand painted to build the world that the characters live in. In front of those are the cells, transparent carriers for the characters, coloured perfectly (with many documentation pieces) to bring them to life.

There were some interactive displays of how the animation was done, from working on light tables with translucent paper to do the line art, to showing how the cells were painted. You could pan and zoom a camera with a single cell/background on one setup, and on another you could hand-crank the finished product to see how single frames turn into action.

The current “Special Exhibit” is somewhat meta, being a history of the museum and the exhibits that have happened over time. We got an English translation guide which shows the main title cards/information boards, but there was so much here that I’d love to be able to read one day. Hayao clearly spends as much time working on exhibits in the museum as on the films themselves, directing the experience and even creating whole new manga and art to explain the worlds and lives of the movies.

On the way out of course we had to visit the museum shop, where we didn’t spend the entire budget, but collected some little mementos of the trip. There’s so many delightful little goodies here, from stickers to paper to watches to glasses to airfix-style models of the airships and planes. There’s sew-it-yourself Totoro and shirts and movies and all sort of other things. Something for everyone, basically. 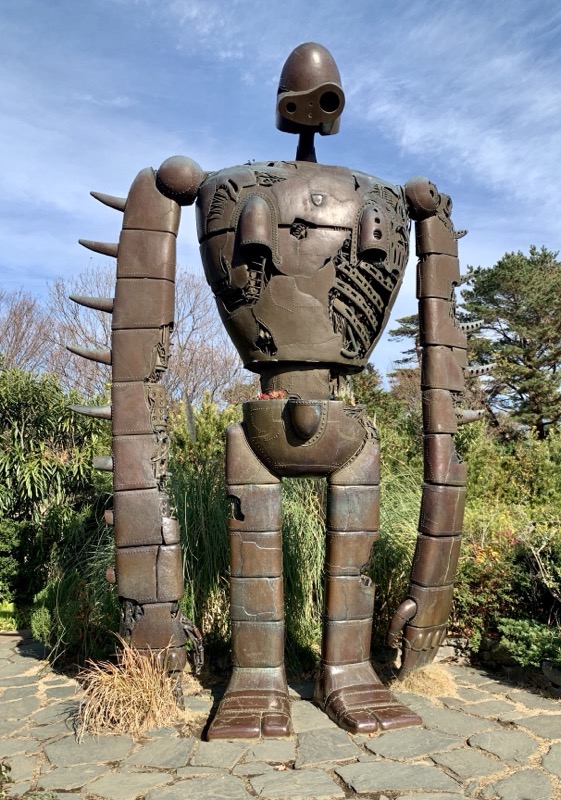 By this time it was midday which meant our bellies were ready for local delights. There were a few options available, hot dogs and chips (yeah, nope), coffee and cakes, or the thing we ended up waiting for, the Straw Hat Café. It was about an hour wait, but I think it was totally worth it.

Fresh, hearty ingredients grown at organic farms are used to prepare food for our table at Straw Hat Café

For the mains, I had the Pork Cutlet Curry with Multi-Grain Rice and a “Real Ale” from Karuizawa. A had the Straw Hat Omelette filled with fried rice and a Ginger Ale (the straw was made of real straw!) 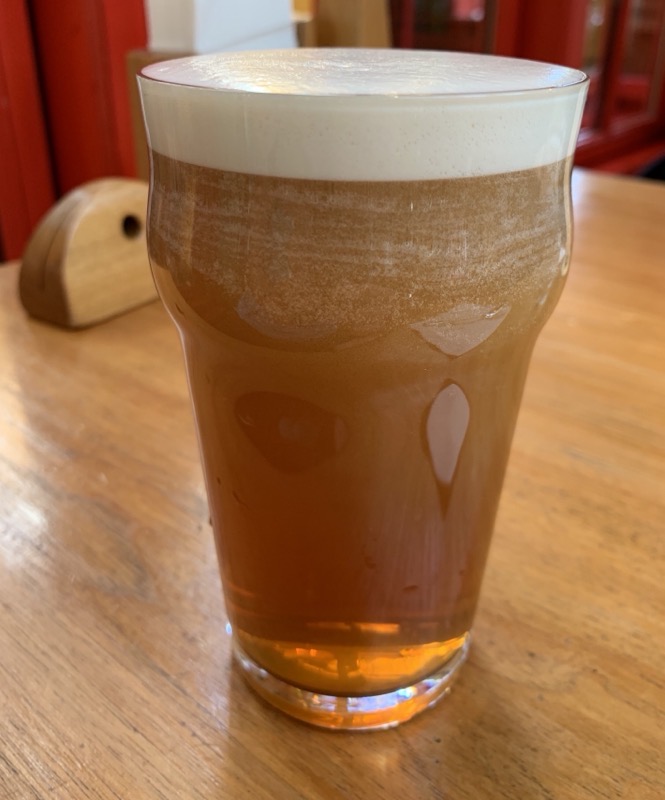 The food was delicious and the beer was truly awesome. One of the smoothest beverages I’ve ever drunk, it was rich and flavourful - something I don’t normally say about beer :) 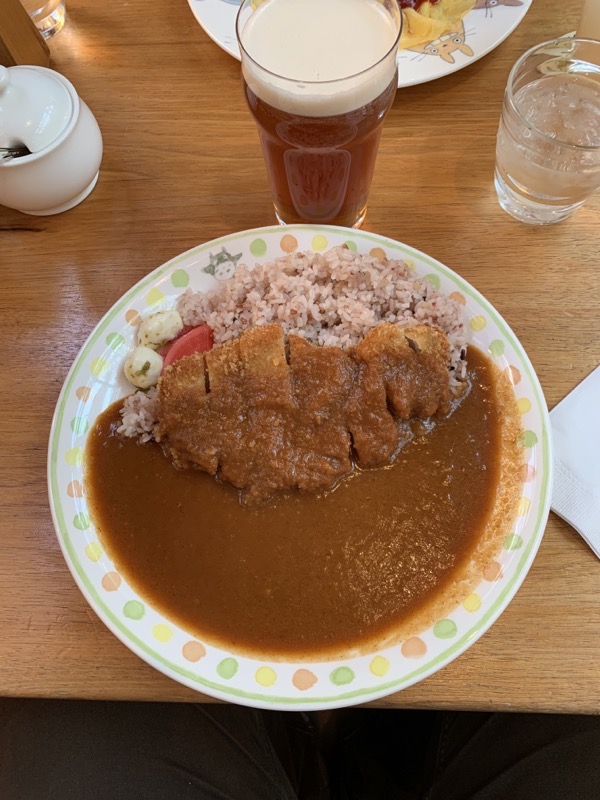 After having seen some of the desserts be delivered to other tables, we couldn’t resist having some for ourselves. I went with the strawberry shortcake “with berries of all sizes” and A had the Lemon Chiffon Cake. As one would expect from Japan, the cakes were divine. 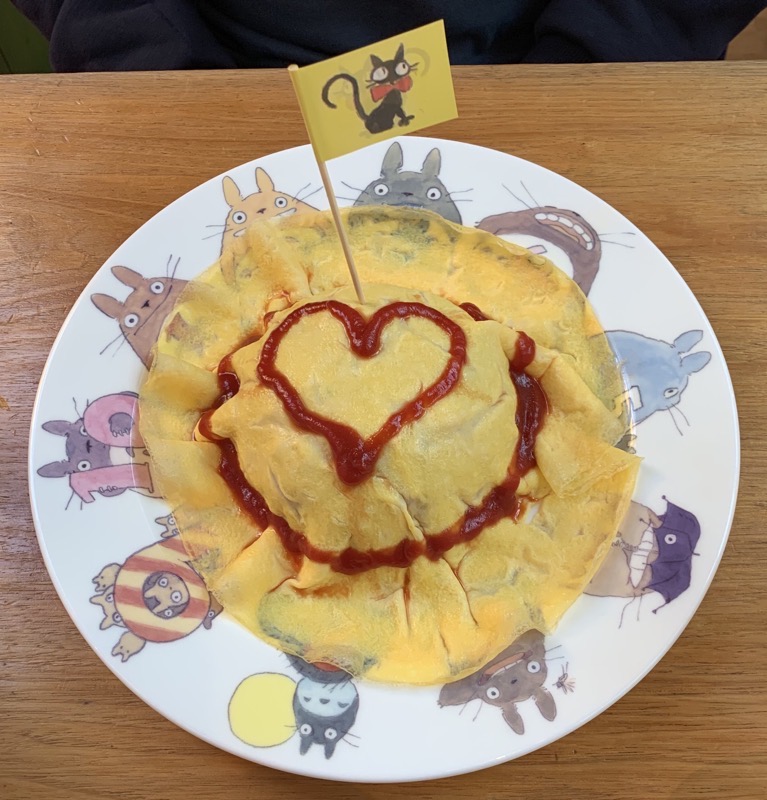 Having explored the museum and filled our bellies, it was time to come home. We’ve been walking truly spectacular amounts lately, so this afternoon was definitely one to chill out and just catch up on some rest. 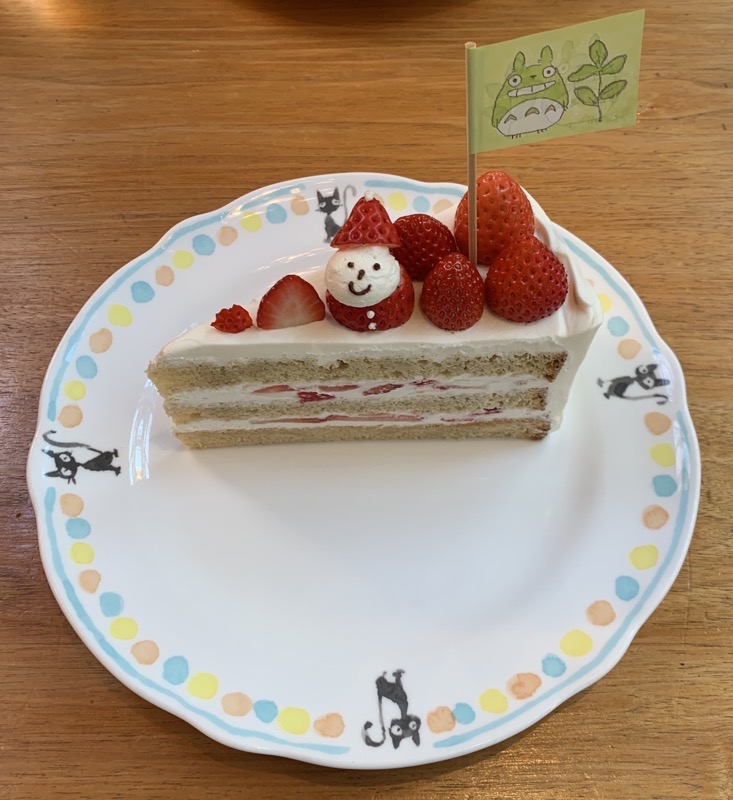