When I was in school, dad collected and exhibited stamps. Being the son of a philatelist I was unable to escape my fate; I built a collection relating to transport and exhibited them a few times. I did it well enough to get me entry in to the youth philately trip to Germany in the late 90’s. Yeah, I’m a nerd.

While learning about all the ways people use mechanical contrivances to move themselves and their belongings around, I learnt about trains. Some of those trains go blisteringly fast. The two main fast-train runs in those days were the Japanese Shinkansen and the gloriously orange and French Trés Grand Vitesse (TGV).

While planning the trip to Europe last year, I did a lot of wrangling to try and get us to end up on the TGV for at least part of the journey. Timing, car rentals and a few other things got in the way, so I missed out on my fast-train-fix. While planning this trip to Japan, there was no way I was going to miss out this time!

Shin-Osaka to Tokyo station by car is 499km, which Google Maps estimates should take about six hours. The same distance on the Tokaido-Sanyo Shinkansen route, travelling on the Nozomi N700, takes about two hours and twenty seven minutes… with four stops along the way. Each stop is at most five minutes, so getting on and off is a “grab your stuff before we get there” situation - otherwise you’ll end up an hour away at the least!

In our previous adventures with train tickets we bought “Green” reserved seat tickets for the journey to Tokyo. It’s all very organised, as you’d expect. Stand in line for your carriage number, hop on the train and take your assigned seats. Within moments, you’re on the way, and within minutes you’re doing ~300km/h.

They’re a beautifully appointed train with silent doors, all the facilities you’d expect and comfortable seats… which aren’t really built for people who are over two meters tall. 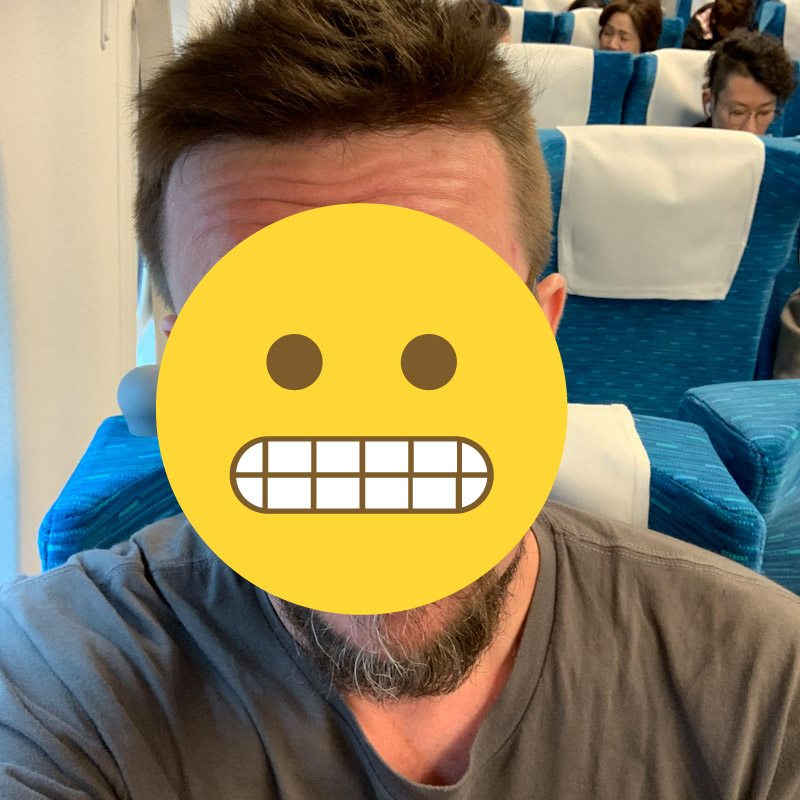 The “headrests” are more like “shoulder twisters”, much like I’ve experienced of late on the budge airlines, but even more so because you’re supposed to sleep in these. Ho hum, giant in the land of the rising sun. There’s worse things to complain about.

Mount Fuji’s as spectacular as I expected. We won’t get very close to it on this trip, but seeing it from about 25km away on the coast, it’s a truly imposing piece of the planet.

Tokyo station’s as huge and bustling as I expected. About three thousand trains a day on average pass through, it’s the fifth busiest as far as passenger throughput is concerned and has twenty tracks served by ten platforms across three companies. Without going outside you can also access many many subway and bus lines, some of which take a two kilometer underground journey.

We arrived a few hours early and figured we’d find a locker, stash our bags and go exploring a bit… unfortunately we weren’t the only ones with this idea and no lockers were available.

Toddling through the food hall, we found a map of Kitchen Street. Soba caught my eye, thinking that beef tongue wouldn’t fly with the Small Child. Takegami Ittetsusoba was the place we stopped, and I had cold soba noodles with seared tuna. It was delicious. The soup was perfect, the noodles were chewy and tasty, the tamago was to die for and the sounds of slurping filled our ears. A had pork Katsu curry with udon noodles. It smelled amazing and was quite the bowl full of food. 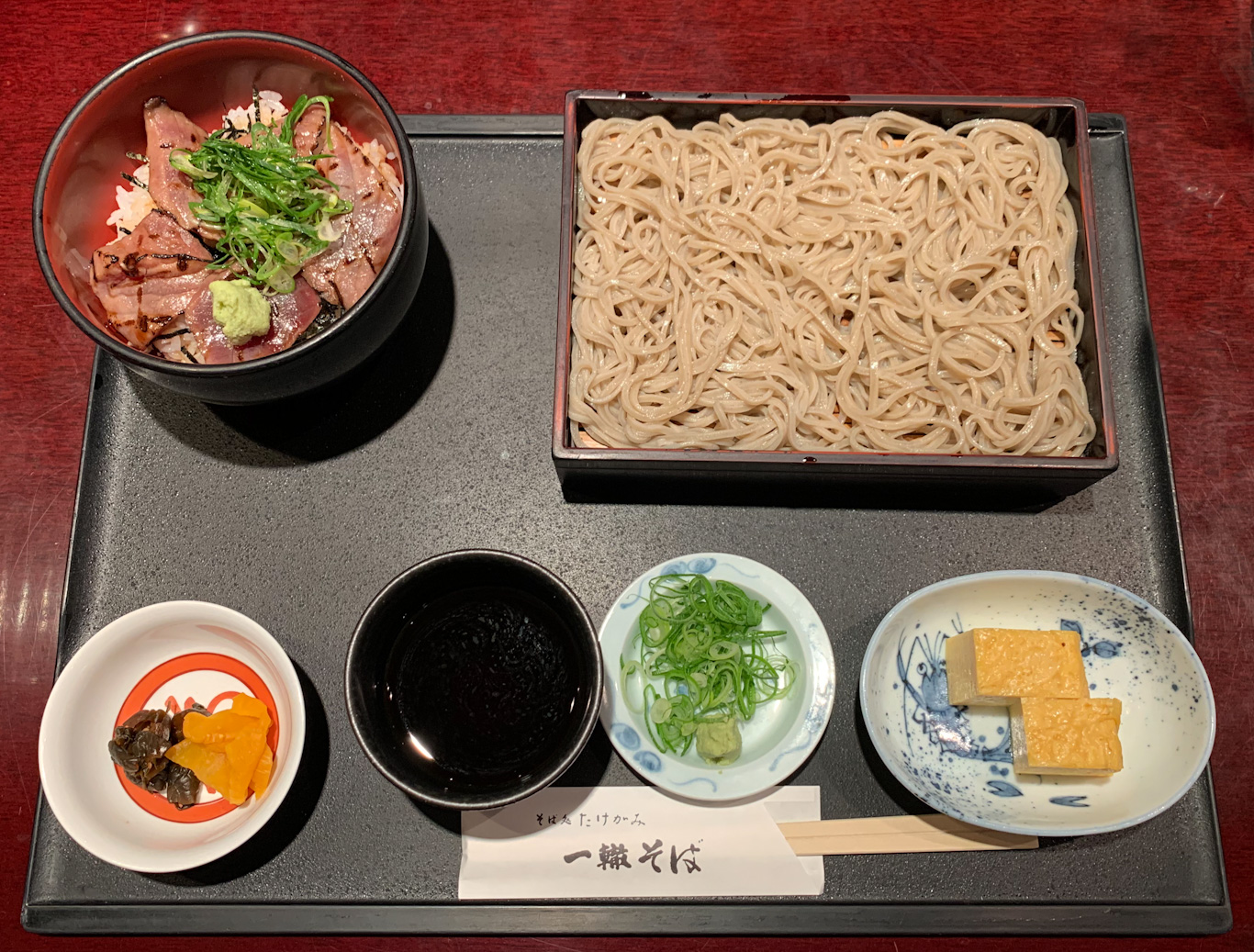 After filling our bellies, we went to see what we could of the Imperial Palace. With a slight rain starting, carrying bags and it being late in the day, we didn’t get to see much. The main gate was pretty neat, I could imagine seeing the Emperor or one of the other people allowed to pass through it would be quite the spectacle. If we were here in early January there’s a day when the public can go through it, but we will be in Kyoto by then. 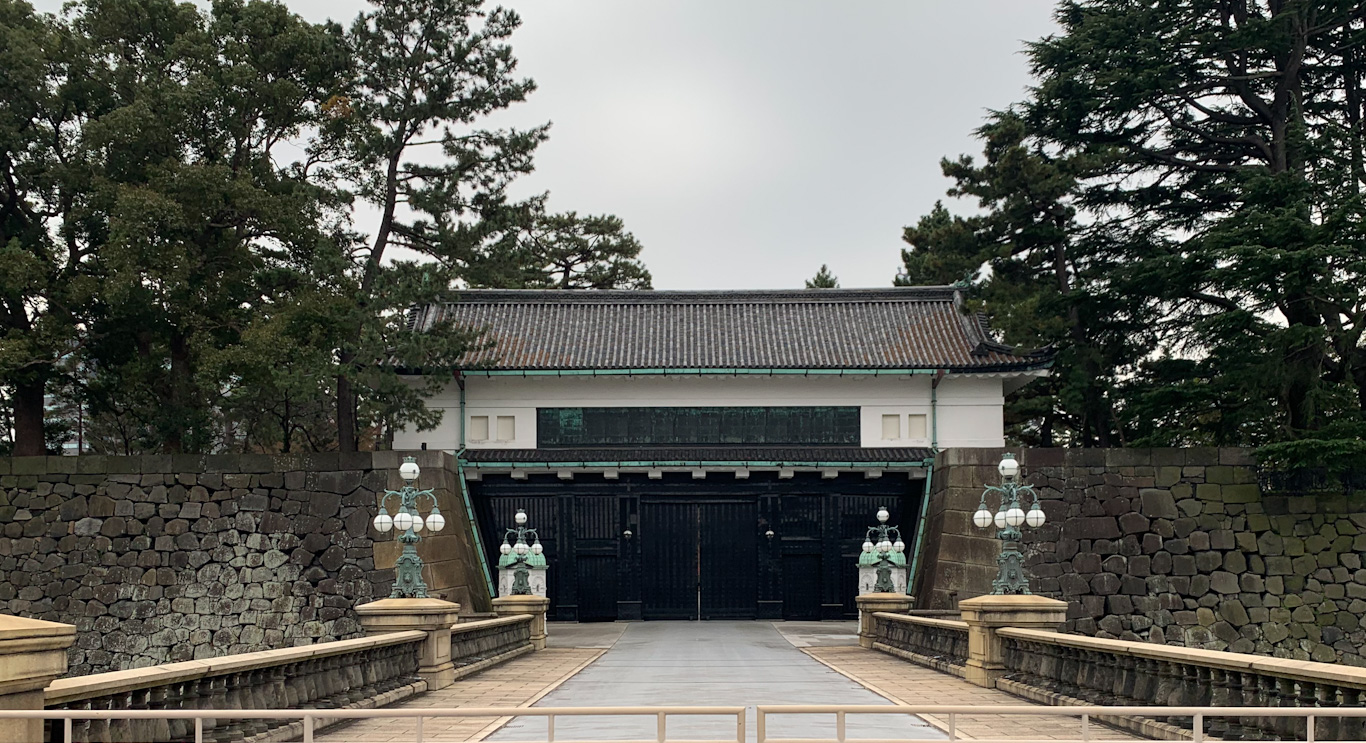 It being time to head to the hotel, we had to get to Ginza station, then travel on the Ginza line to Asakusa station. This meant passing by the imposing statue of Kusunoki Masashige. Sounds like a pretty bad-ass guy, brought down by poor decisions but loyal to the end.

The Ginza district is full of high fashion, money and pop culture. We didn’t really stop to gawk, and it wasn’t really our bag, but we’ll be back on the 25th to pick up our KFC and check out the local area a little. The Ginza line took us quickly outta there, heading to Asakusa for our hotel. Leaving the station, the rain picked up a very little bit, until we bought umbrellas when it promptly stopped. A short jaunt through the back streets, cruising past the Kaminarimon Gate, Nakamise shopping street and the hilariously little Hanayashiki Amusement Park before booking in and going splat again.

The hotel room’s nice, with two double sized beds, reliable internet and quite a lot of space (16m^2), which I was quite surprised about, being in Tokyo. I’m really looking forward to the local buffet breakfast “prepared by Asakusa moms”. 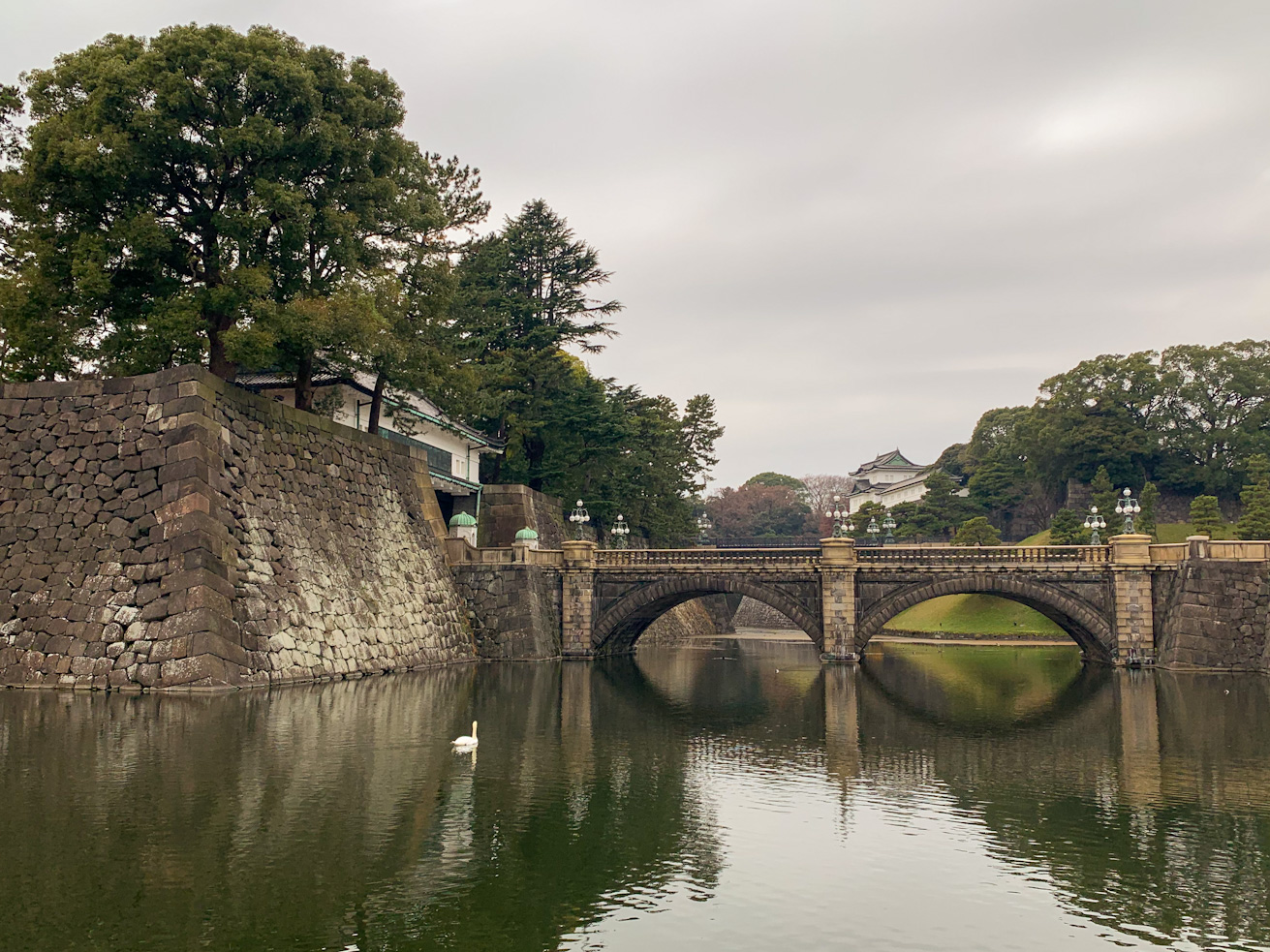