This’ll be a short one, as we got in late and crashed out hard. Finally getting to this point was quite the relief, only four hours late… 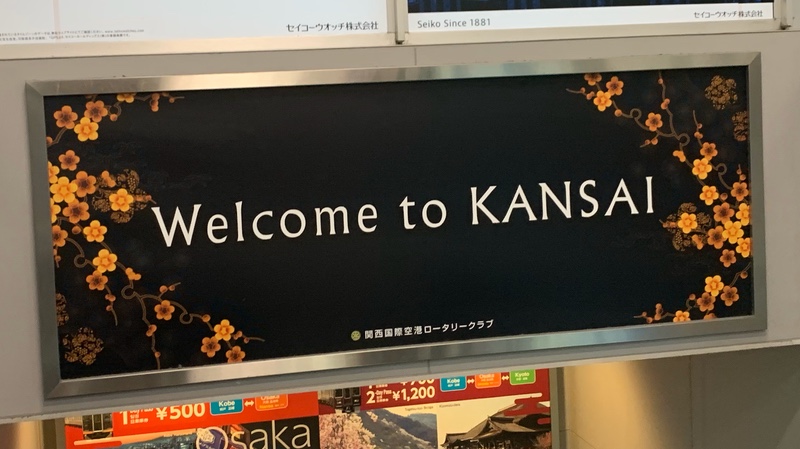 Kansai airport’s under heavy reconstruction at the moment and we turned up at about 11pm, so the only thing open was the train station and the vending machines. The latter was important, because that allowed me to get a SIM card for that all-important connection to the outside world! 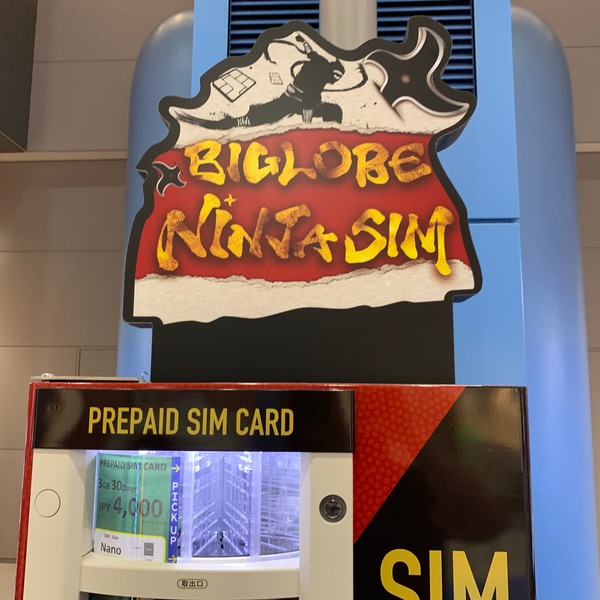 NTT docomo provides the bandwidth, and a hilarious unsigned profile got me online. Nothing to worry about, right? 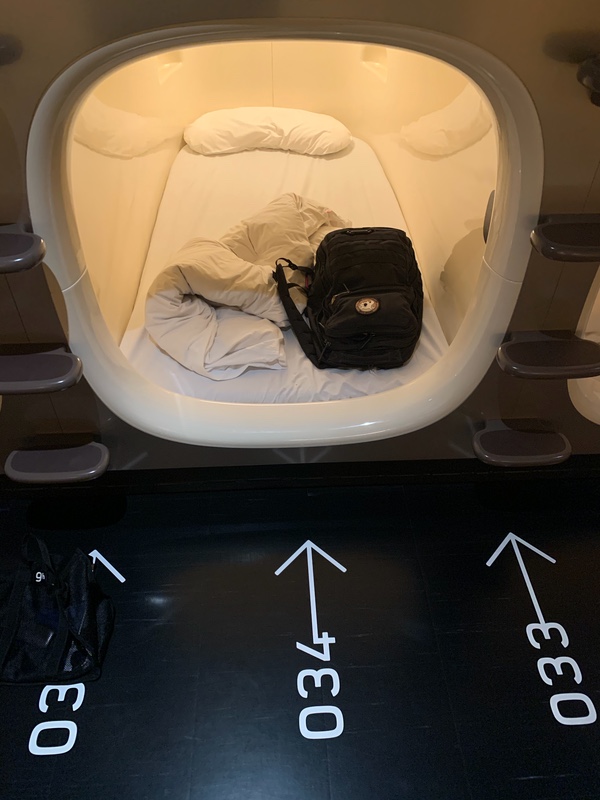 It was just big enough to cram my giant frame into and the buckwheat pillow could have come from a podcast ad, but the snoring neighbours didn’t keep me from a great night’s sleep. I woke up refreshed and ready for a new day of adventures!