This was the challenge:

The flag is contained in the following attached file. You know how QR codes work right? Flag is in format “word”. (So no flag bit on this one) Challenge by Garry. 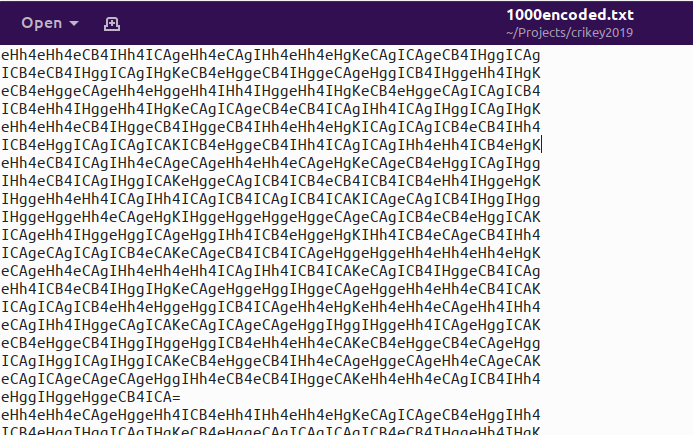 I’ve been around a while and the =’s at the end of the lines made me think of base64, so I copied it out into CyberChef and got my first indication I was on the right path: 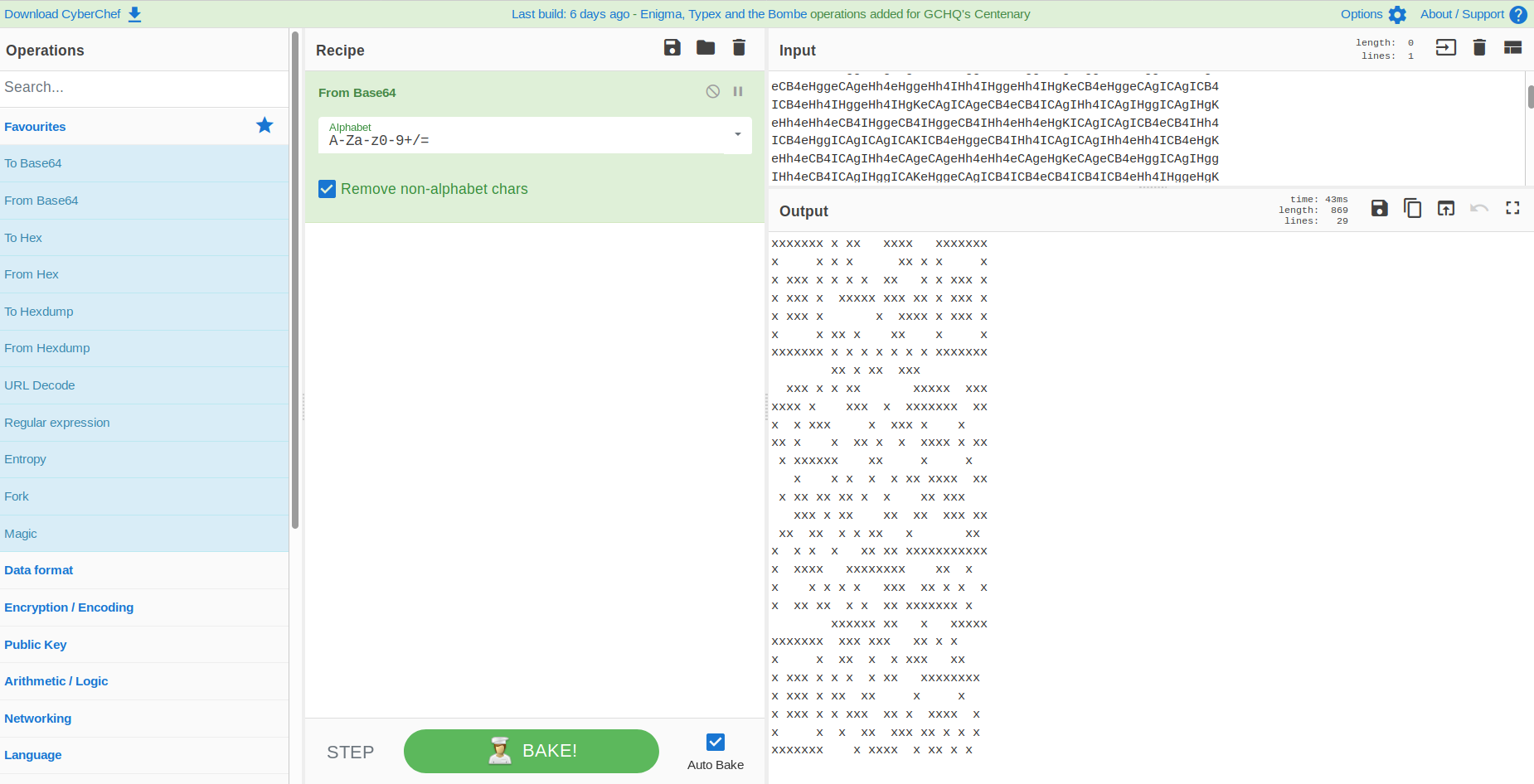 If you squint a bit, it looks like a QR code. Let’s take the squinting out and make it more obvious: 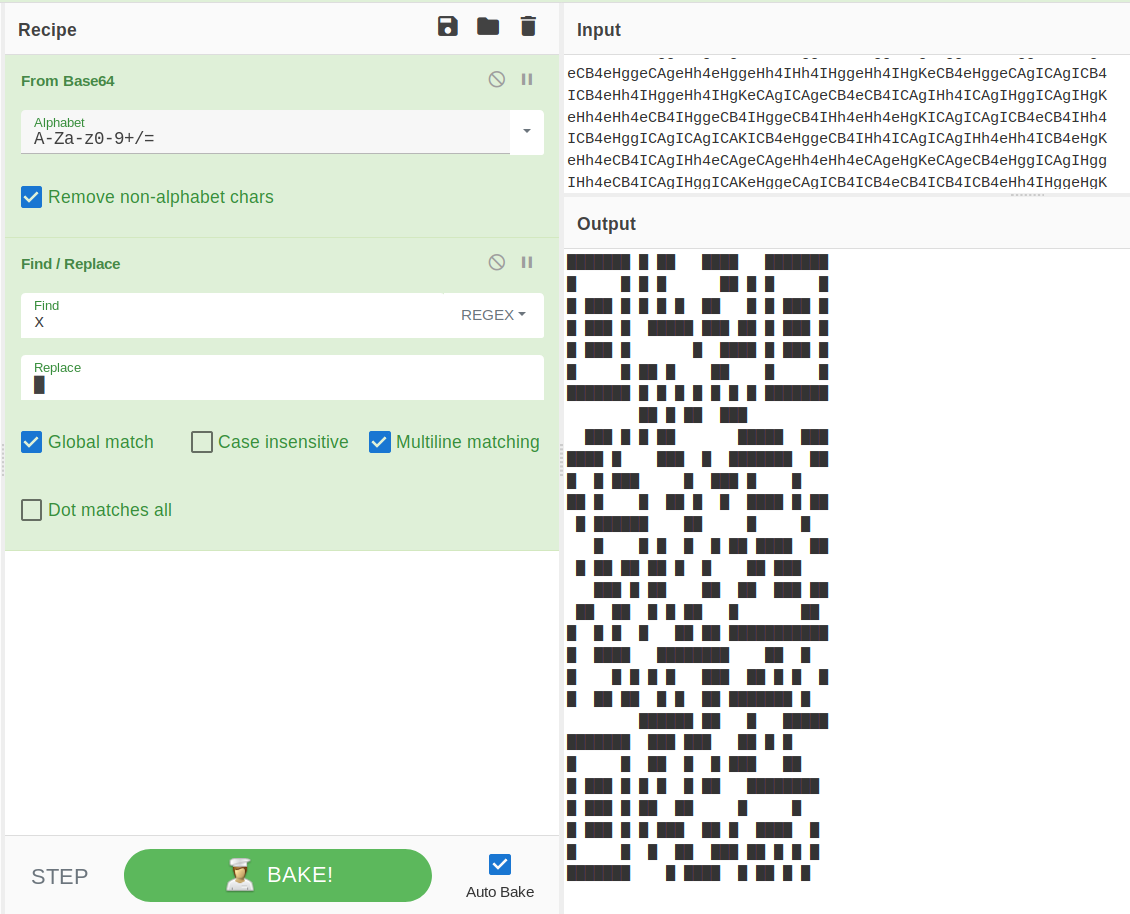 OK. QR Code time. The problem is, this doesn’t really scale. The block was 20 lines, so we’ve got 1000 QR codes, one of which has the flag. (Let’s just skip the bit where I took a screenshot, cropped it and stretched it, then decoded it with my phone).

Python’s my jam, so I’ll use that to split the file up:

This gave me 1000 individual text files, each which looked something like the above example. I knew I needed to figure out how to get this into text, and I’d done something similar before with zbar so I used ImageMagick to make the images and zbar to decode: 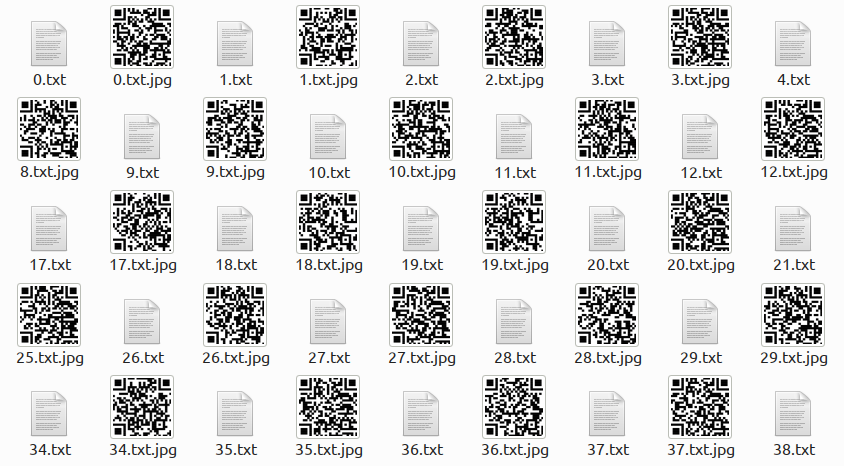 I’l break that one down a little since it took some poking.

Four of the images didn’t decode properly for whatever reason - I’ll have to work that out another day (I won’t) - but it gave me what I needed:

Oh, you thought I was going to give you the flag? Nah, but here’s the file if you want to play along yourself. 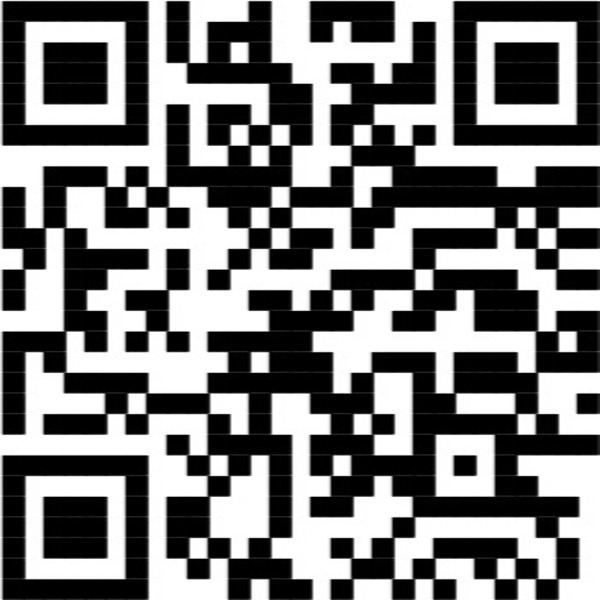