Today was, as the title says, a sea day. We spent the day on a Turkish boat, cruising for a short time around Kaleüçağız. Yep, take notes, there’ll be a test on that one later. It’s a beautiful seaside village with a rather large marina full of tourist and traveller boats.

On the way, we were treated to a spectacular view of Kaş from a lookout a few stories above it. Erkan described it as the place he fell in love with the city, and I certainly understand why. Also, mad props to the best hotel for advertising :) 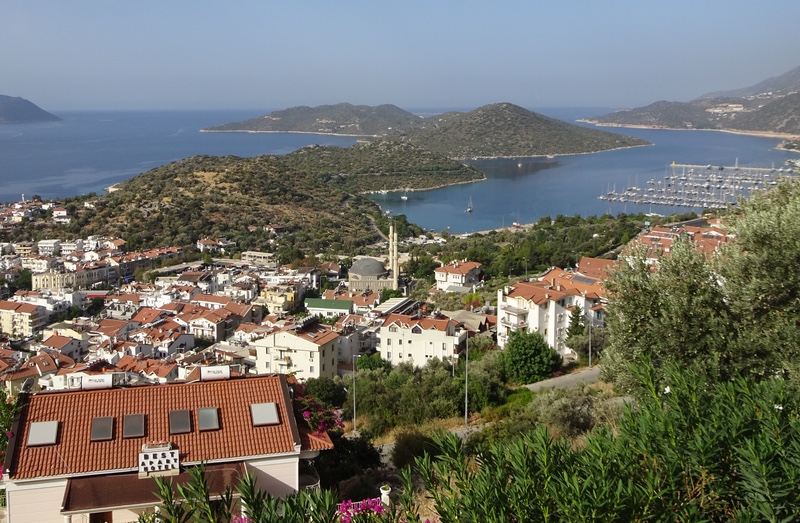 We were introduced to the captain and his wife of teh Gizemha, a lovely boat about 50ft long. They’ve been doing this for decades and really know how to look after their guests.

First we headed to Simena, home to a tiny village full of craftspeople and cafe owners, all willing to sell you ice cream, dried herbs or beautiful crochet work. I didn’t find anything I wanted to buy, but you could see they lived on the money brought by visitors.

We were there to visit the castle on the hill, a small but sturdy place which has been there for millennia. The theatre had a truly spectacular view, great acoustics and of course a seat for Dionysus. The climb was only about 150 steps according to our guide, but it was rather terribly hot and unless you were standing in the slight sea breezes which were to be found, you were standing in a river of sweat. Our efforts paid off tenfold, with spectacular views of the village, the sunken city and the Necropolis with its many sarcophagi (sadly, damaged looted over time).

After that we pottered past the sunken city of Kekova, taken by the sea due to an earthquake and rising tide. I need to find more about this place, as I want to come back one day and it’d be great to know more :) 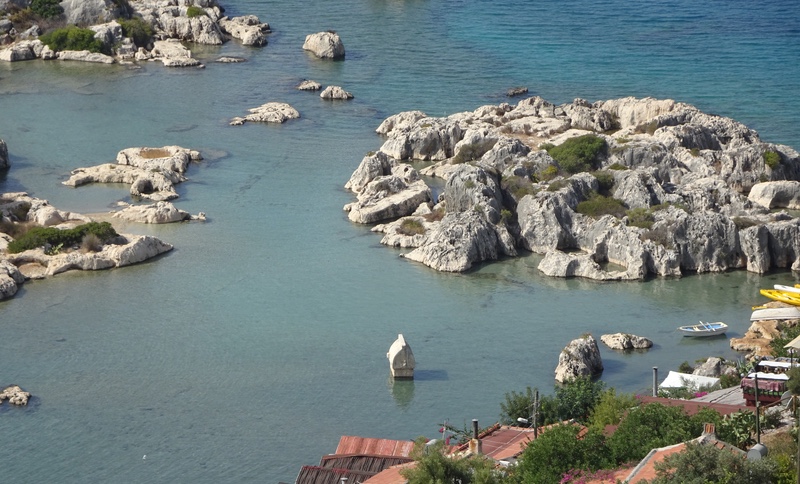 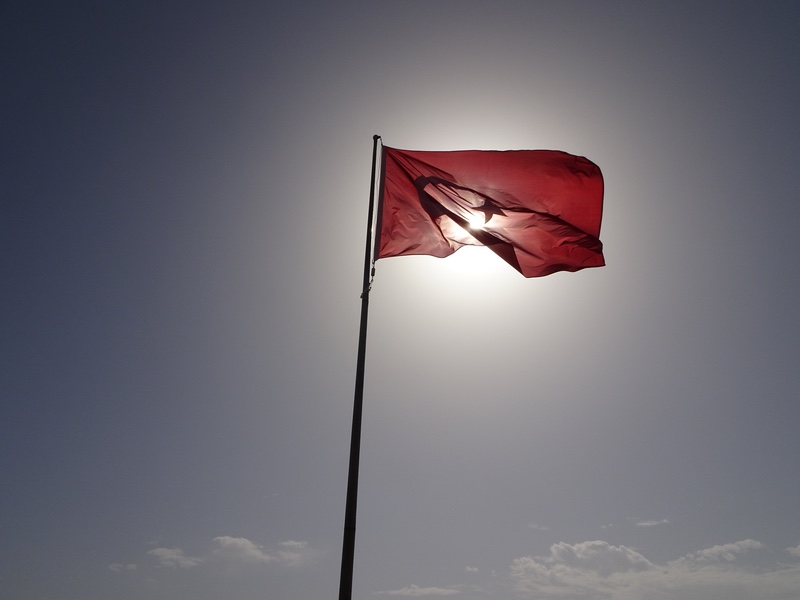 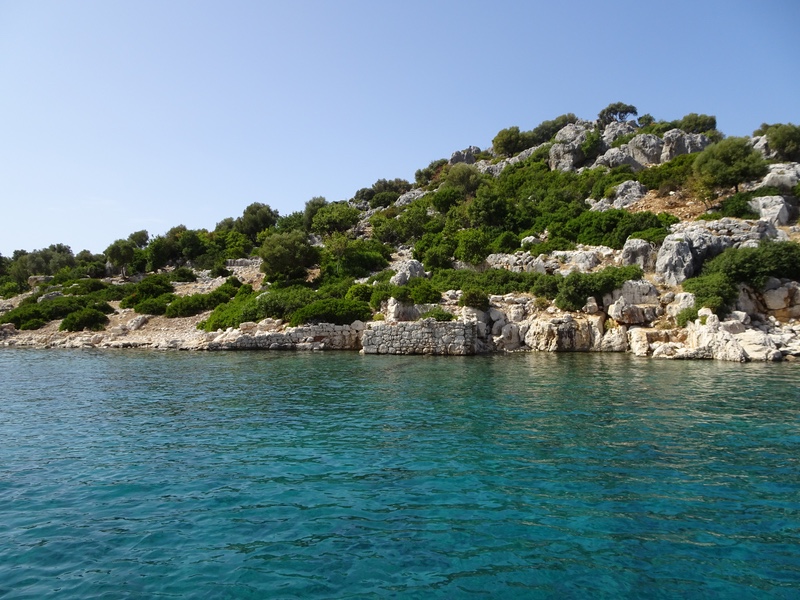 After that we headed to a small cove for some swimming. It was due to be rather windy so we stayed close to the coastline and swam in the beautiful Turquoise waters of the Mediterranean. This is my first time, and it’s spectacularly salty, so I can float which is strange for me. Normally I sink rather like a rock, and it’s hard work! 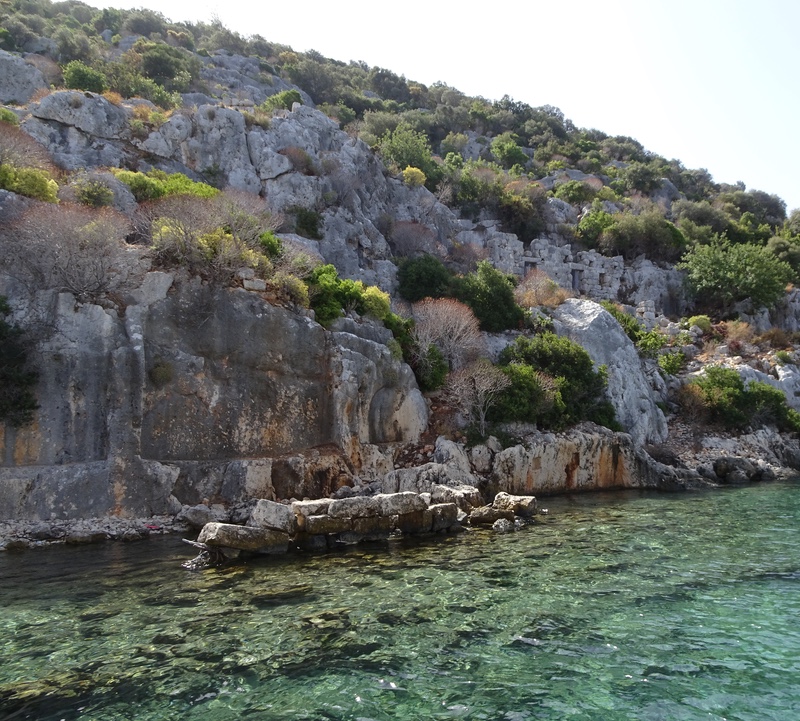 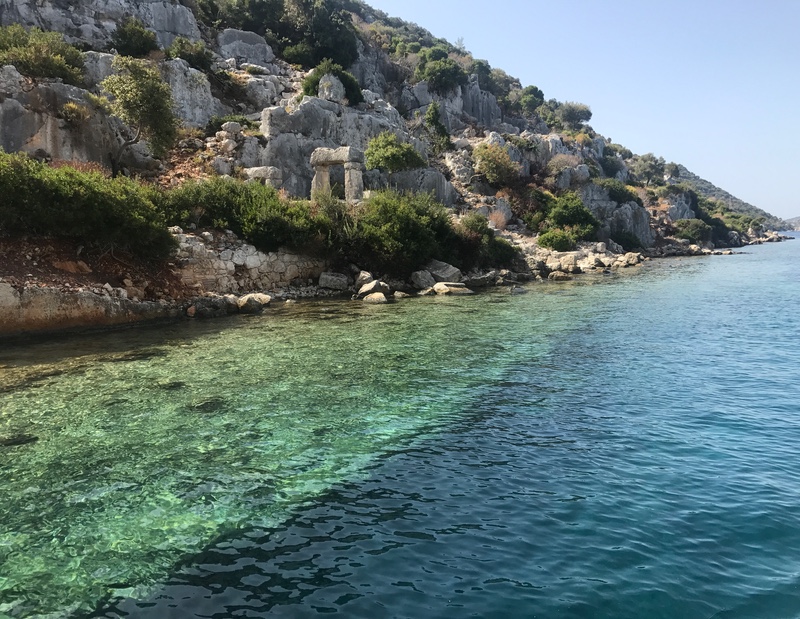 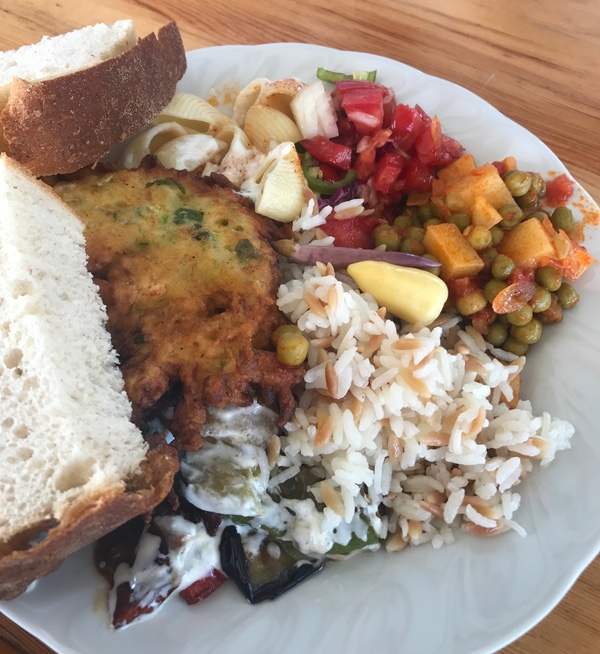 Lunch was spectacular, nearly all of it was from the local village, and cooked by the captain and his wife. Chicken on the grill at the back of the ship, charcoal and pine cones. Salads, pasta and chillis, all impossibly fresh and prepared to perfection. They had some fresh and pickled chillis from their garden, and they were truly amazing to eat. Some were tiny, tight and purple with what can only be described as a polite burn - it was quite hot, but didn’t attack your sinuses or hurt - and had flavour. The fat ones that looked like garlic had a delicious soft burn which was almost like a dry white wine instead of the tangy burn of normal chillis.

And of course, a gallon of tea was consumed. I don’t know if it’s the type, the preparation, the weather or all of the above, but I’m really loving tea lately. Typically I was always one for really milky tea, but black and strong is great. 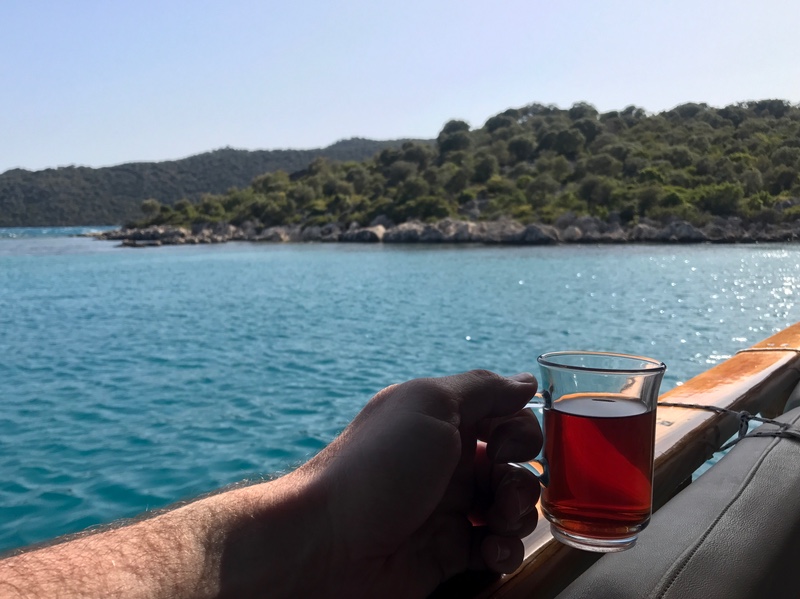 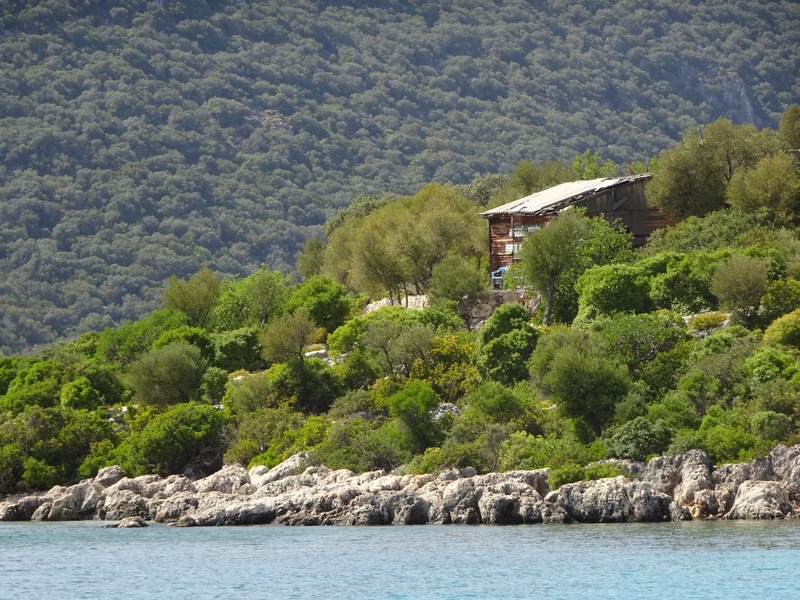 Eventually, we had to head home, and the wind had picked up rather a lot. 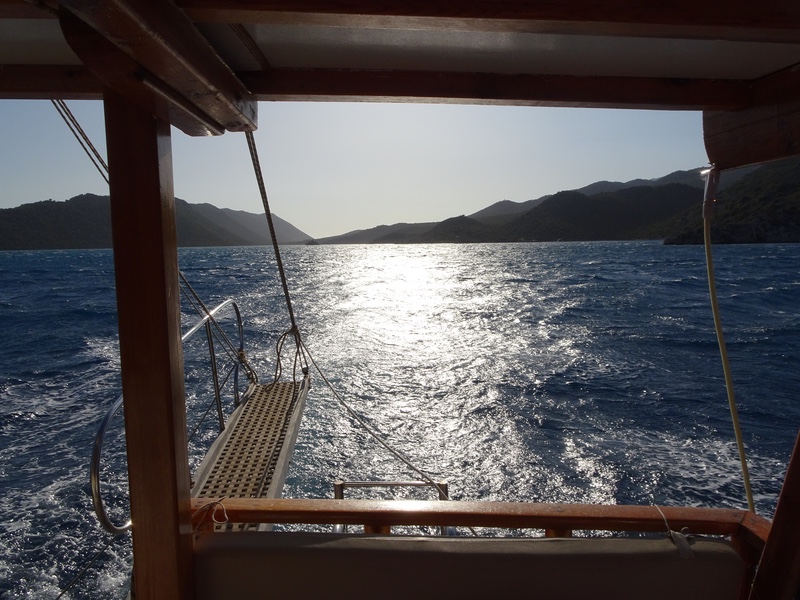 It wasn’t terribly choppy until we got to the marina, where I saw one of the most relaxed but skilful operation of a boat in my life. Maneuvering without bow jets, he was able to cram the Gizemha between two other boats on two foot swells, when there was less than two feet of gap total between it and the boats on either side. There was some use of the bumpers each boat had on one side, but otherwise it was just timing and knowing his craft. Once the boat was tied off, it went nowhere and it was quite the sight to see! 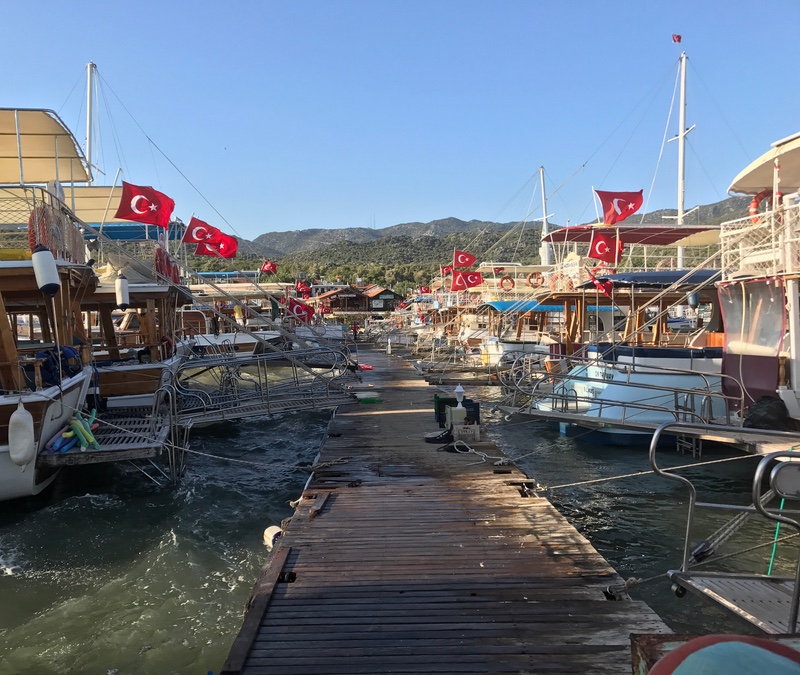 Dinner was delicious, we visited Smiley’s and I had adana kebap and çorba. Lentil soup’s a lot more tasty than my preconceptions suggested! I’m really enjoying it and hope to find a good source (or recipe) for when I get home. 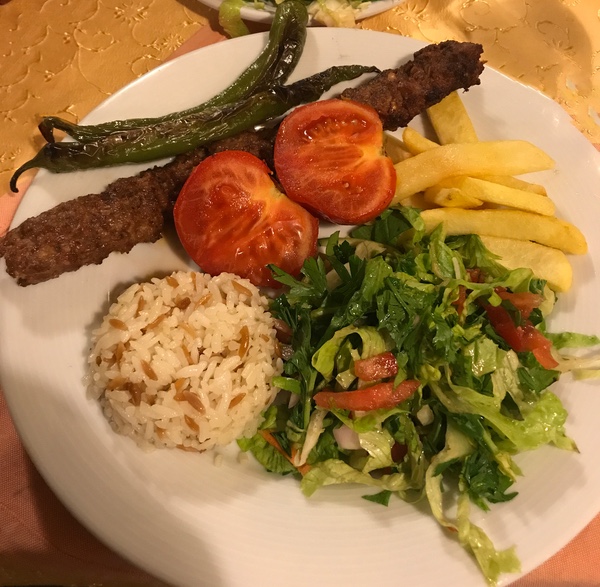