Today we started heading towards the south-western corner of Turkey and the coastal town of Fethiye. We had a few hours’ drive ahead of us so along the way we heard a few new facts.

Roughly 65% of the Turkish population is under 35, with roughly a quarter of the 80 million residents being in school at any given time. One university entrance exam is held per year, run by the government, and if you miss it or fail it, then your life’s on hold for another year. About 2.5 million people are going for the 250k available university positions, so competition’s tough.

When a new child enters the house, the family typically plants a single, or a stand of poplar trees. They’re a hardy and profitable tree as they’re arrow-straight and useful in a number of industries including construction. This crop is tended to until the child comes of age, then it’s harvested, sold, and the profits provide a better start for university, military or marriage. 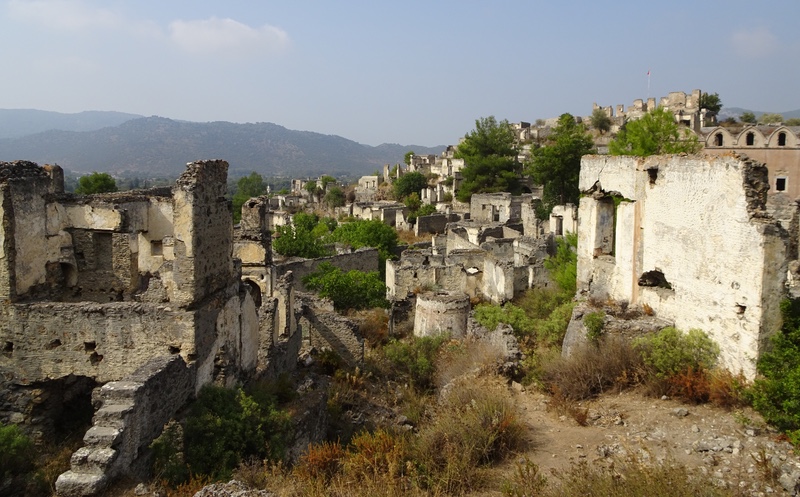 Our first proper stop of the day was Kayaköy, an ancient city which was abandoned when the population exchange happened between Greece and Turkey in the early 1920’s. It’s something I need to read up on more, but the short version is that racial profiling happened in the wake of the Lausanne Treaty’s signing and many hundreds of thousands of citizens of the two countries were forced from their homes due to their religions, to be resettled in the other country. The affect on this beautiful little town was to strip it of its roughly six thousand residents, and doom it to ruin. The cultural effects will never be undone. 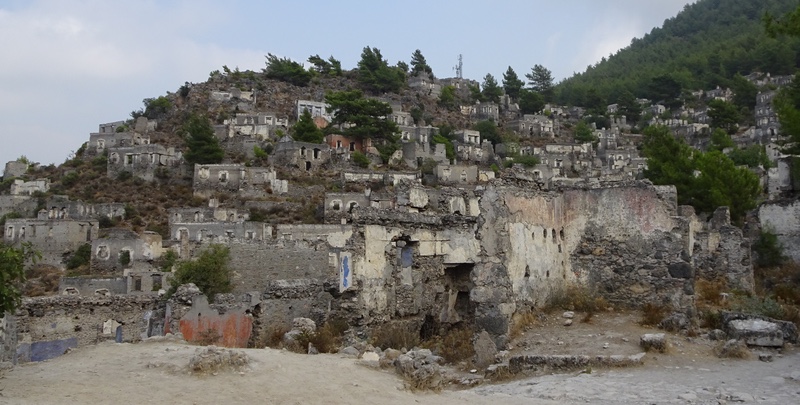 When the Greeks were resettled into the area, they believed it was bad luck to enter another’s home uninvited, so they wouldn’t resettle in the village and rebuilt a settlement further down the hill. Over time, scavenging and looting meant the buildings are mere shells of their former selves, and remain as a reminder of another part of history which shouldn’t be repeated. 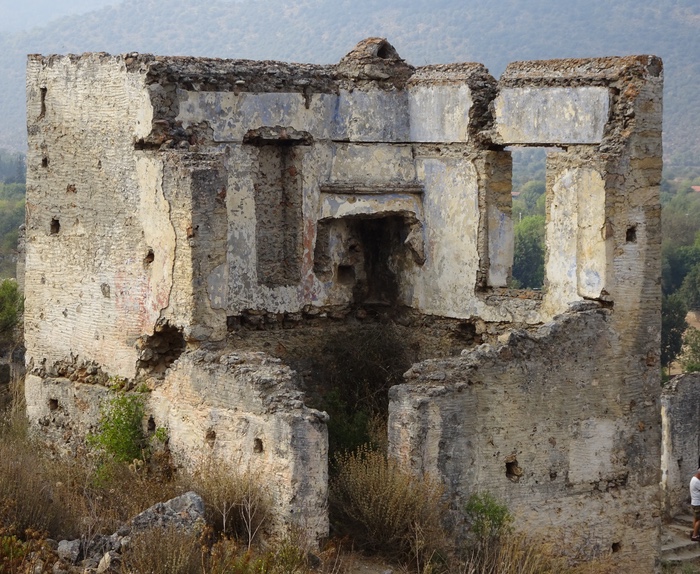 We had a delightful lunch at the Antik restaurant in the village below the city. One of their specialties is Gözleme, so of course I had to try it! Compliments to the two ladies which made the food, it was truly delightful, basically the Turkish equivalent of a savoury crepe with some filling (mince in my case). Since I’m on such a run with food, I tried their çorba as well, a delicious and spicy lentil soup. I expected chunks, but it was about the consistency of tomato soup, with none of the usual fibrous feeling you get from lentil foodstuffs.

After that it was a tour through the village, seeing the wide variety of shapes and styles of buildings, the red church with its beautiful outdoor mosaics and just generally getting the feel for the place. It’s quite strange, and you get the feeling it would have been a very tight-knit community, perched on the hill and woven with rocky paths and a stream.

It’s part of the path on The Lycian Way, a 509km trek binding a few different ancient routes of the Lycian people, linking Fethiye and Antalya. I love the thought of doing the trek or a part thereof, and it’s something many people do part of, similar to the trek to Maccu Picchu.

After exploring the city we travelled to Fethiye and booked into our hotel, the Blueberry Boutique hotel. Larger than some of the others we’ve been in by size, but just another lovely place along the way. We unpacked a bit and I wandered the fifteen minutes or so down to the beach, just to see what it was like and to stretch my legs a bit. Owing to our location I ended up on Çalish Plaji, a strip of beach which has been heavily anglicised and covered in tourist traps and sunburnt Brits who have escaped retirement homes. It’s nice enough, with a lovely sunset, but not somewhere I’d like to spend much time. The Gold Coast in Queensland’s only an hour’s drive away from home ;) 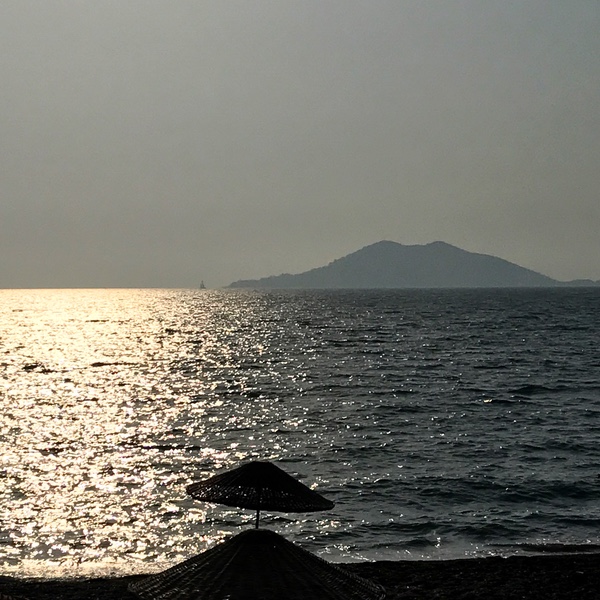 Dinner tonight was at the delightfully located Denizati Restaurant. Right on the beach, we had a truly fantastic view of the sunset while enjoying some truly delicious food. Soslu Hamsi (Anchovies on red pepper sauce), a delectable spicy fish entree, then Ciger Tava Büyük (fried calf’s liver with onions and spices). 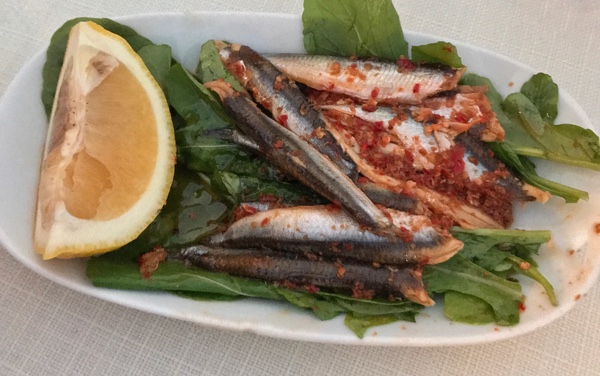 The liver taste was suitably rich, reminding me of the liver and kidney mixup I used to get at home. This was tempered somewhat by the chilli that came with it and the always-present yoghurt side. 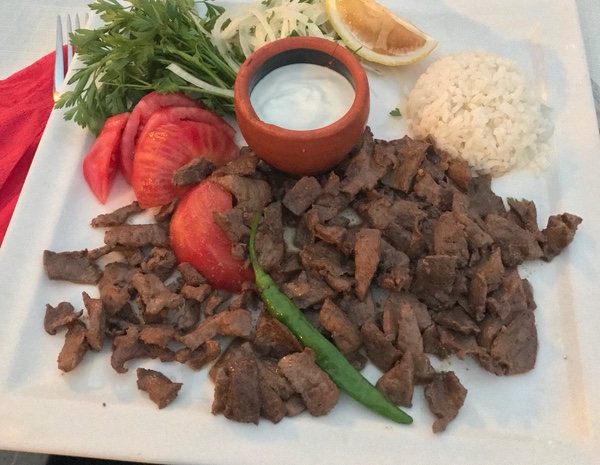 Dessert at the restaurant was a first for the trip, and I couldn’t say no to the Firinda Helva. I didn’t know what Helva was before today, but this is a confection I could get entirely addicted to. It’s a mix of Tahini, sugar and Helva root, which acts as a thickener. Being incredibly energy dense and relatively healthy it’s a popular confection for many in the region. Once you mix it with some extra ingredients and oven bake it, it’s almost like nutty caramel without the overpowering sugar mouth feel. I quickly ran out of the included ice cream, and took to dipping figs and other solid fruits into the mix, making for a truly divine end to the meal and the evening. 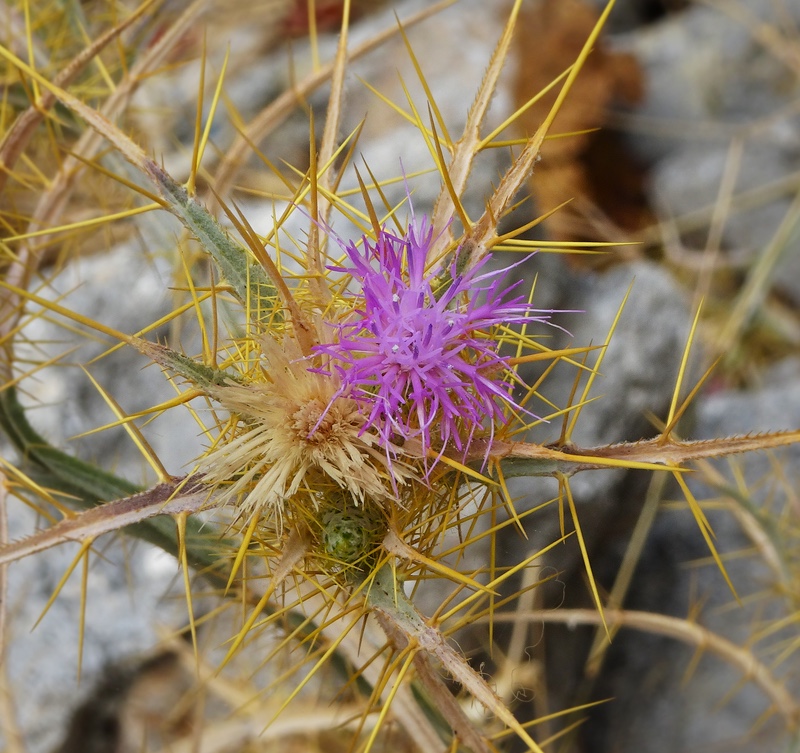