Today was scheduled to be a long day of travel, and it definitely lived up to it. Starting in our accommodation, the ANZAC hotel in Çanukkale, we aimed to get to Selçuk by late afternoon, including a stop at the ruins of the city of Troia. Google maps says it’s five and a half hours, but that doesn’t include traffic in Izmir nor the stops along the way.

The historic ruins of Troy are simple, but spectacular in the details. There’s at least ten identifiable layers of settlement and history in the ground here, and there’s rock, stone and clay infrastructure dating back to the neolitihic period. 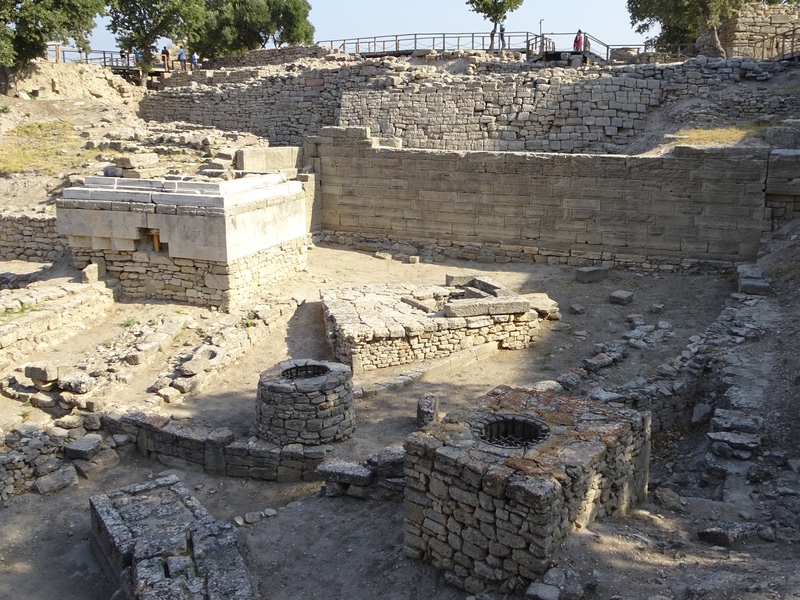 Even in the last few months there’s been freshly unearthed ruins, with stone pathways and clay pipe work. It’s incredible to me given that this technology is so old and so well made, and yet I can’t get my taps to stop leaking half the time or a well built house with fine stonework, thousands of years later. 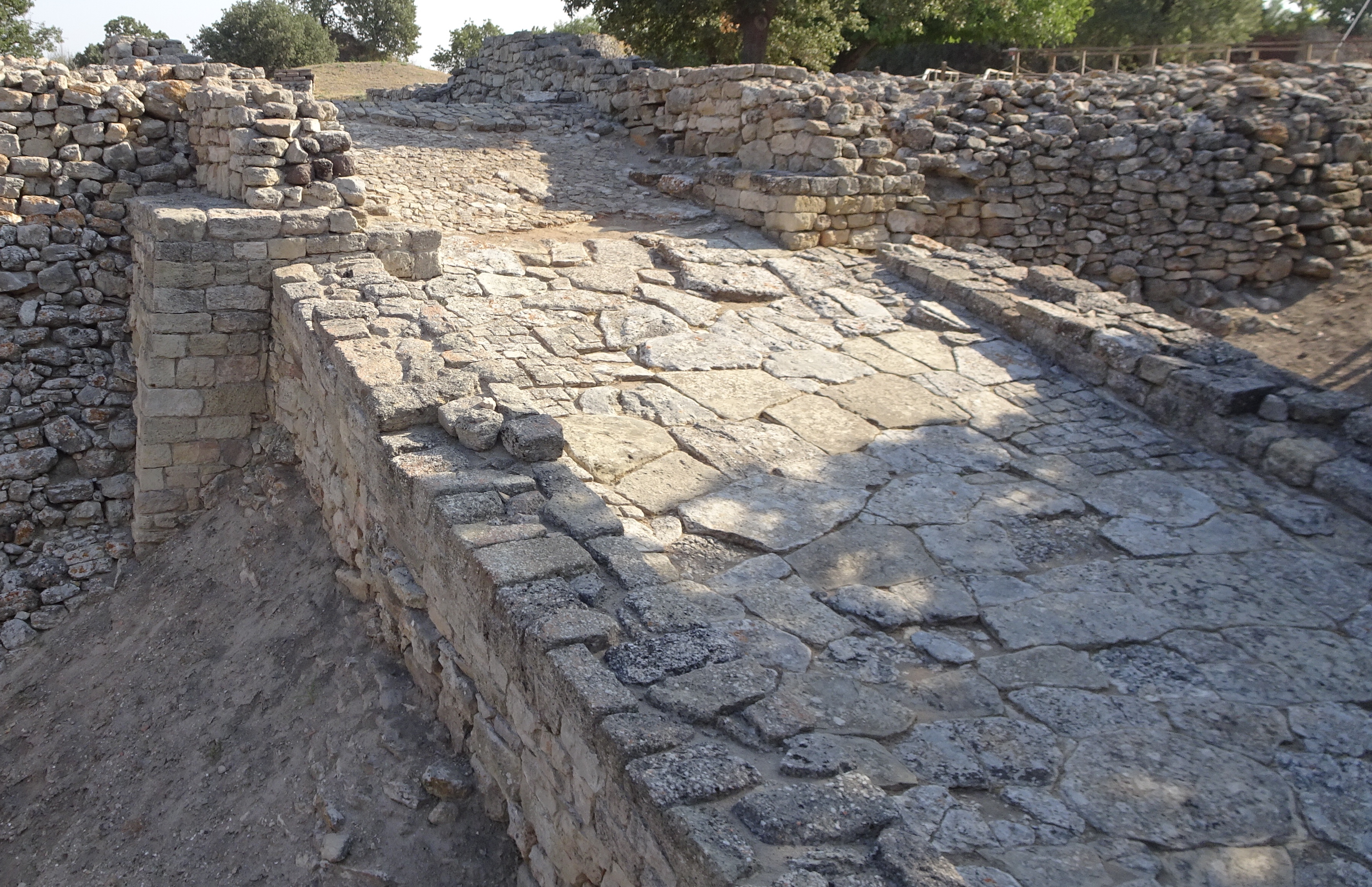 Along the way I finally worked out why I haven’t been able to get to Wikipedia the whole time I’ve been in country. It’s because the government blocked it! In another one of their singularly bone-headed ways of dealing with the world around them, the Turkish government decided to block every version of Wikipedia earlier this year. Freaking annoying.

Lunch was another amazing buffet meal from a roadside service station food stop. I really am amazed at the food available in these simple places, there’s a variety of hot dishes, full of vegetables and flavour and all good things. In Australia, the only things you can get out of the hot box in a service station tend towards pies or fried nasty. Recently there’s a trend towards “fresh” sandwiches and the like, but they don’t have the delicious and nutritious options available in what we’d regard as a rather “backwards” country.

Our guide Erkan gave us a great rundown on the life cycle of the olive trade, from growth (wait for the tree to be about 1.5m tall) to picking (labour intensive, time it based on what product you want) and processing the end result. When he was younger, his family rented an olive orchard in an attempt to get access to cheaper supplies of food - something commonly done by people with the know-how and work-ethic - but found that it was a much easier life to concentrate on their strengths and let someone else do the processing.

As we travelled through Bergama we were treated with the scent of pirina - what they call the leftovers from olive oil processing. It’s normally burnt for cooking fuel or other industrial secondary uses and when you’re driving past storage facilities full of it, it’s a deliciously sweet smell. 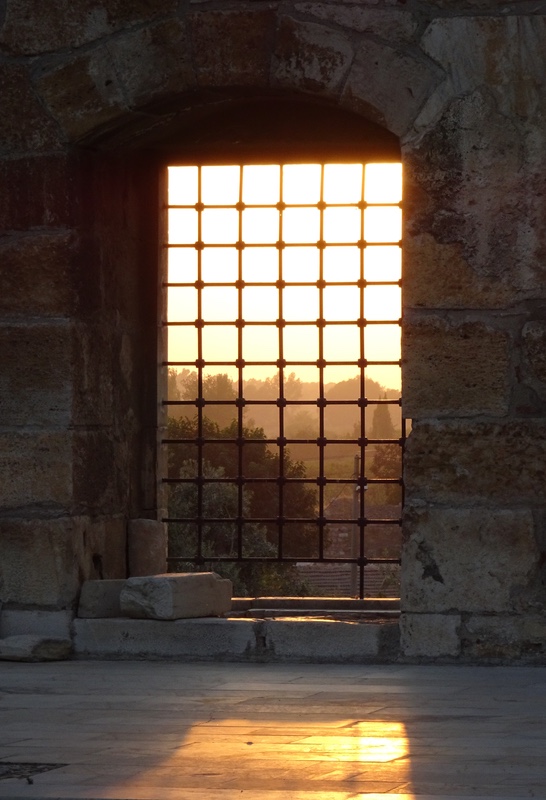 Izmir is an incredibly populous town, and we were only treated to its highway traffic and the view of the city as we passed through. It’s a major power generation and refinery hub, taking raw materials from elsewhere and making them saleable on the open market. Driving past the paint manufacturing plants was a rather sinus-clearing event and strangely it smelt a lot like bathroom deoderiser.

We finally arrived in town about 5pm and checked into our hotel, the incredibly cozy and pleasant Amazon Petite Palace. These two were hilarious, after all the begging cats I’ve seen throughout my short stay in Turkey, it was fun to see two cats finally earning their keep! :) 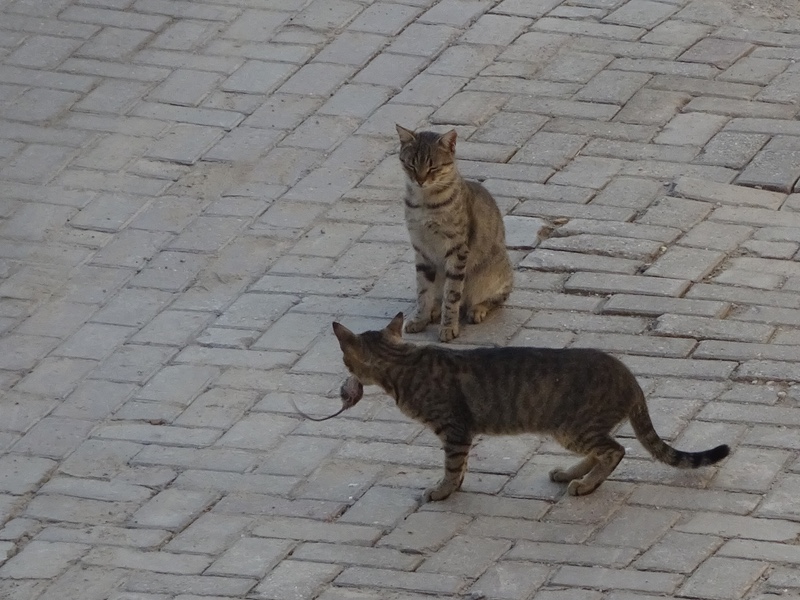 Down the street from where we are staying is the original place of of the Temple of Artemis, where only a single reconstructed column remains. We’re due to see that tomorrow, so we wandered down to the İsa Bey Mosque, a beautiful place indeed, built in 1374 in the style of the time, as both a place of worship and a place of safety from outsiders. It’s still an active place of worship, and is peaceful and amazing inside. There’s also quite the collection of ancient tombstones and other pieces which have been recovered from the region. 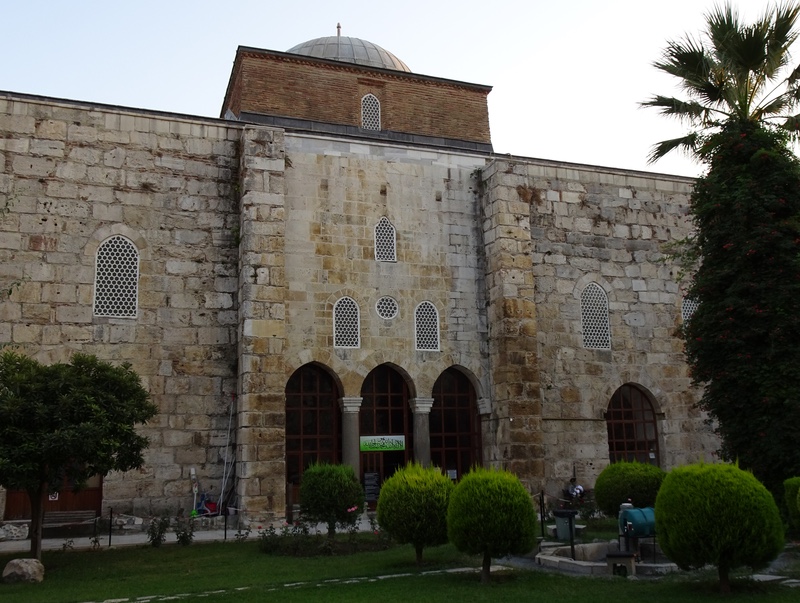 After that, it was a quick tour around town, noting the Basilica of St. John the Evangelist, where he is entombed and the ruins of some ancient aqueducts.

We met miss Julia in her summer store - she is also from the Grand Bazaar, but you don’t have to buy anything - that’s something you’ll hear a lot. She’s a lovely woman and big about feminism and fair trade and all good things. Lovely, so we’ll be back there tomorrow to visit for sure.

Dinner was at the Tat Restaurant, a place well known to the guide and also directly related to the history of the tour company. The friendship shown to one of the founders of Peregrine is unsurprising, as it’s offered to all who take part in the entertaining and intensely friendly dining experience provided by the owners.

I had the most amazing Hummus I’ve ever eaten as a starter, then continued with deliciously salty friend anchovies and the Aubergine shish kebab. Of course, we finished the meal with apple tea, colloquially called “tourist tea” by the owners. :)