Today was the first full day on the road with the tour group, all of us piling into the van at early o’clock and starting our journey to the monuments of the Gallipoli campaign.

A few things we learnt on the way out, before the scenery started…

Istanbul’s a city of 17 million people and 4 million cars, thankfully we were going in the “outbound” direction this morning so traffic wasn’t terrible. We’re traffic going the other direction, I have a feeling we may still be there. It was surprising to me that it seems that people just hang out on the side of highways, waiting for lifts. There were literally hundreds of people as we left the city, just hanging out, looking like they were ready for work.

Since the 1999 earthquakes, house prices have jumped by a factor of twenty, owing to the requirement for focus on improved building methods and safety. This makes our house prices rises in the last couple of decades seem like nothing at all, but also it seems like houses here were ridiculously cheap, even within the local average wage.

I didn’t know it until today, but according to our guide, it’s a uniquely Australian thing to grab ice cream at every opportunity. He’s always being asked for ice cream at every stop and for dessert at most opportunities. It was highly recommended that we try Turkish ice cream, which is thicker and based on goat’s milk, with the side benefit of being much more nutritious.

Reading the future isn’t just for gypsies, it’s a god-given power to some that you can read the future of a person - not in their tea leaves - but in their coffee grounds. This is handy because Turks have only commonly been drinking tea since its production and consumption was prompted by Atatürk.

We drove past a rather hilarious site to see, a decommissioned Turkish Airlines jet which has been turned into a restaurant. It’s called Köfte Airlines, and is one of two such airplane-based restaurants that our guide knows of in Turkey. Recycling’s not just for milk bottles, folk :)

We learned many, many things about the Turkish people and their history, starting with the Ottoman empire and its fall; causes of which include strong women in harems, missing the industrial revolution and an economy based around conquering neighbours and then partying away the spoils. Turns out, if you need a really cool candle holder, put a candle on a turtle’s back and let it walk around providing an ever-changing source of light at your next party.

Atatürk’s marriage didn’t go so well as he was too busy touring the country and promoting his ideas, so that fell apart. Later, he adopted three girls and in a show of modernity put them through higher education. The Turkish people of the republic are incredibly progressive, with women’s rights, higher education and a wealth of other modern sensibilities not seen in some of their neighbours. Other than in moslem places of worship, the expected dress for women tends towards being very European, which makes many of their visitors look out of place, and us feel right at home.

One of our early stops for the day was at a road-side service station that didn’t look like much until we wandered to the toilet and were confronted with this:

Turns out it’s a children’s animal park! There was quite the menagerie, with peacocks and a camel and innumerable varieties of chickens and ducks, some goats and even angora rabbits. The conditions weren’t particularly great, but they looked well fed and without disease from my terribly unprofessional opinion, so it was just … odd.

After driving with the Sea of Marmara on our left for quite some time, we found ourselves presented with the majesty of the Dardanelles on our left. A naturally occurring body of water with a significance similar to the Panama and Suez canals, it provides access between the Sea of Marmara and the mediterranean, bridging west Asia and the rest of the world.

Lunch in Eceabat was choices from the büfet, including chicken livers and eggplant and meatballs and all sorts of other delicious options. The owner warned us about the hot chillies on the counter, which seemed milder than capsicum, but we played along. :) 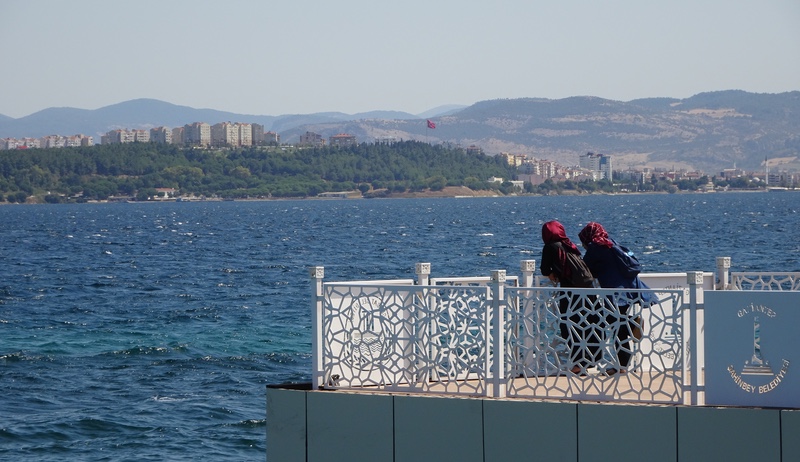 Next up was Brighton beach, the original planned landing spot of the Gallipoli campaign, later changed to what is now called ANZAC Cove. A beautiful, flat location, perfect for a landing, it was said that it was too obvious a place to land. 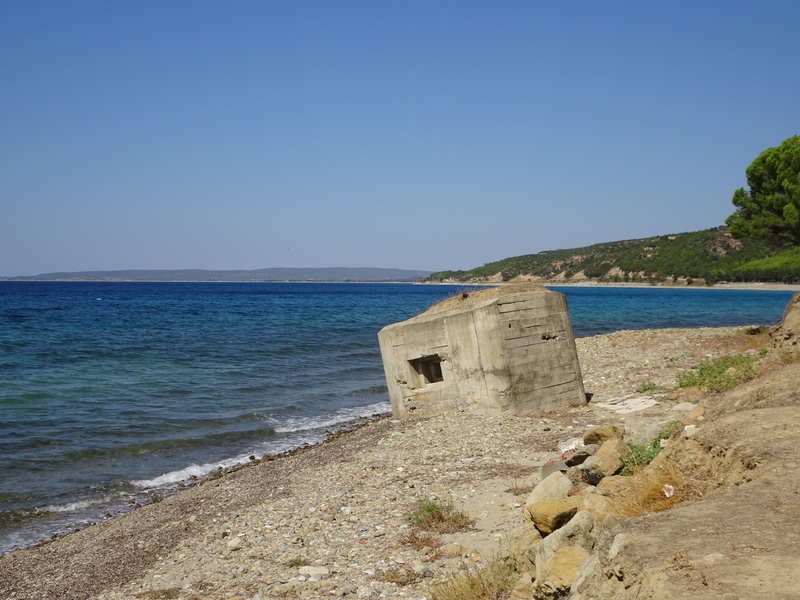 All that remains today is an information spot, a pretty place to stay and the remains of some WWII defences.

Ari Burnu “Bee’s Nose” was next, one of the many cemeteries in the area. Full of Australians, it forms the cape on the northern end of ANZAC cove. A tough spot to stand and imagine having to run at the beachheads, it is now a place of rememberance and reflection.

Finally we got to see ANZAC cove. Sadly there’s not much to see - and that’s what made it so deadly at the time. In the past century erosion has taken away some of the sharpness of the cliffs, but it’s still a sheer drop to the sea in some places Looking around at the geography it’s hard to imagine a harder place to arrive as your first introduction to war, as it was for most of the soldiers here. 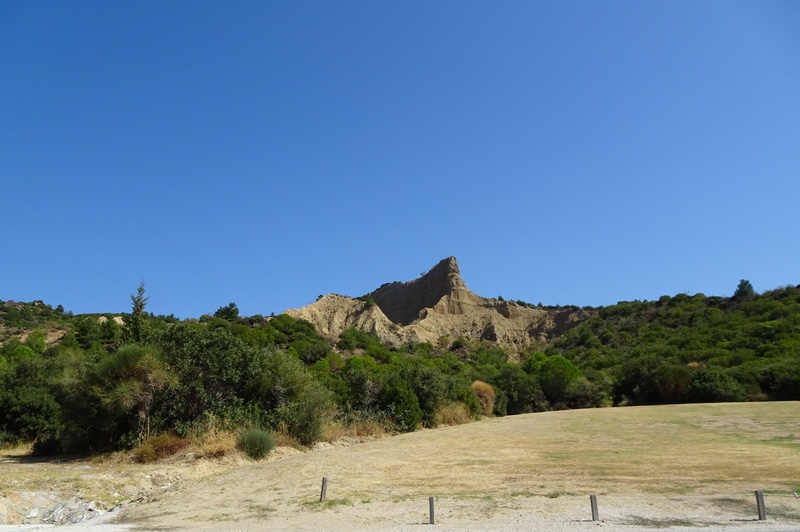 A little down the beach is the ANZAC commemorative site, a place more suitable for the large number of people who attend services here. Simple and respectful, it provides a place to experience the sheer intensity of the location’s meaning.

I got to stand at ANZAC cove for a few seconds, and it was stark and imposing, even for me, with nothing more than some new friends and a bus. I can only imagine what it would be like, carrying a pack, a rifle and fighting for your life. 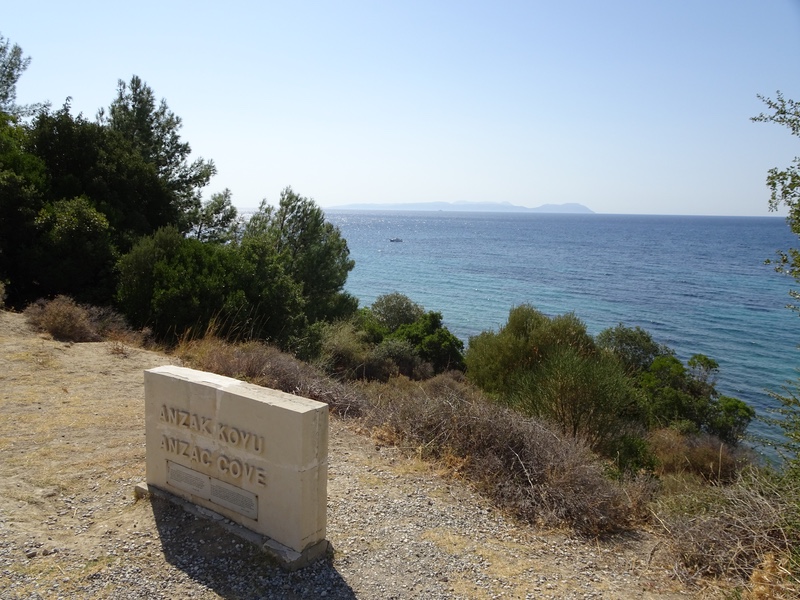 The story behind this statue and the men involved brought me to tears. Even if it’s myth, it represents the many similar tales of honour in the face of horror. 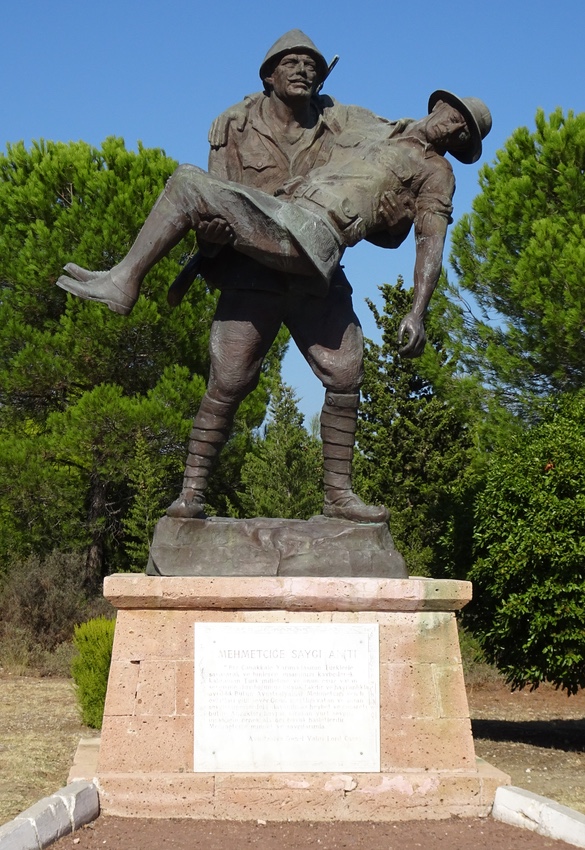 Lone Pine. I have pictures, but they’re for my memories, this is a place you have to experience yourself. A beautiful memorial to some incredible men. 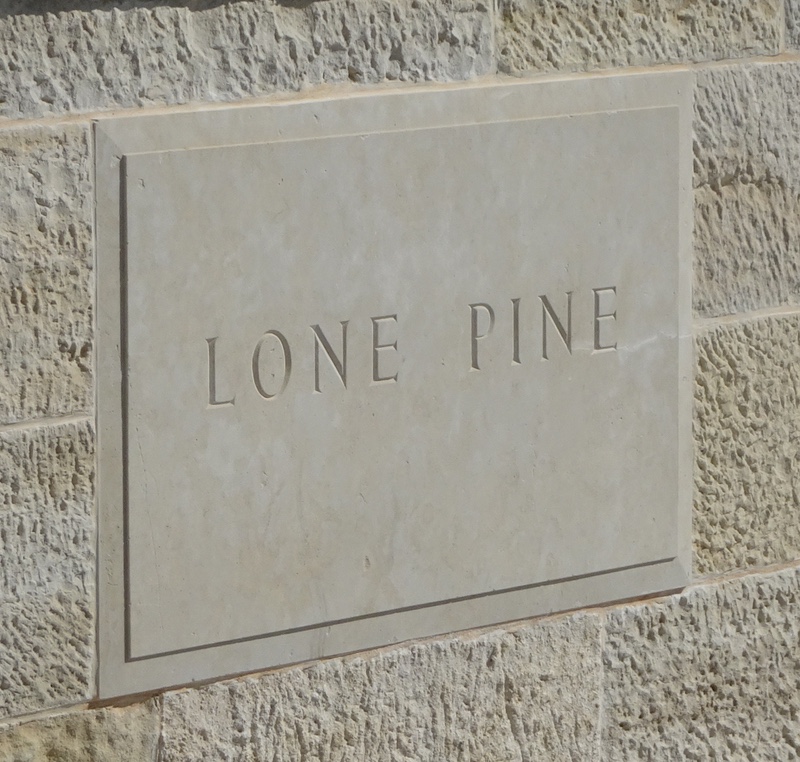 The Turkish monument to the men of the 57th Infantry Regiment (Turkish: 57 nci Piyade Alayı) was another place which brought me to tears. I still can’t explain why, but it’s a powerful place. 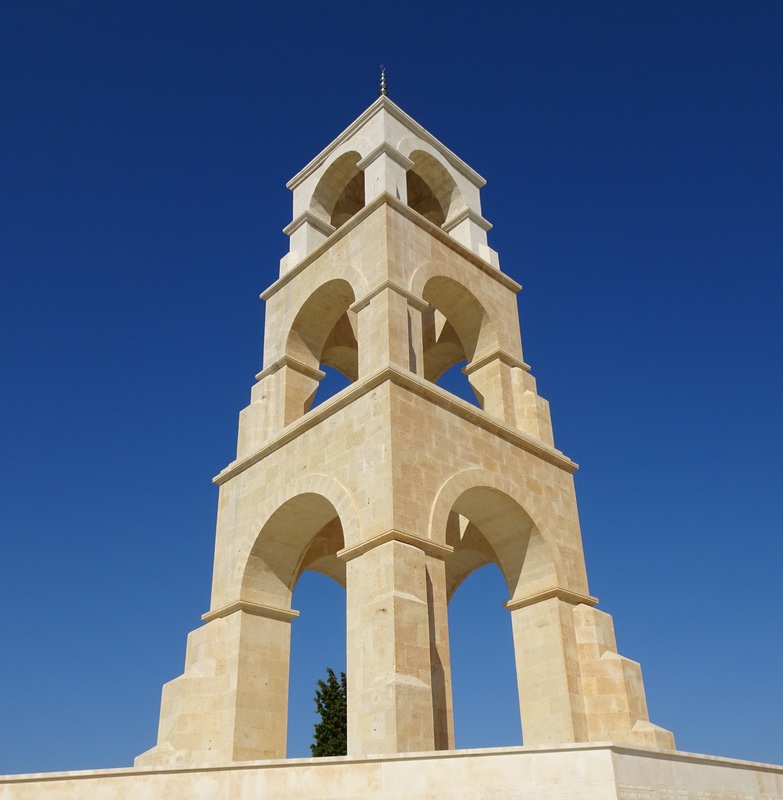 The markets across the road however, are just .. odd. This is a thing I saw repeatedly in the areas dedicated mainly to Turkish soldiers, the commercial exploitation of their history. I guess they have a different view of history, but if you hear it told by our Turkish guide, the peninsula is a place of deep meaning which people trek to from all over the world to remember. 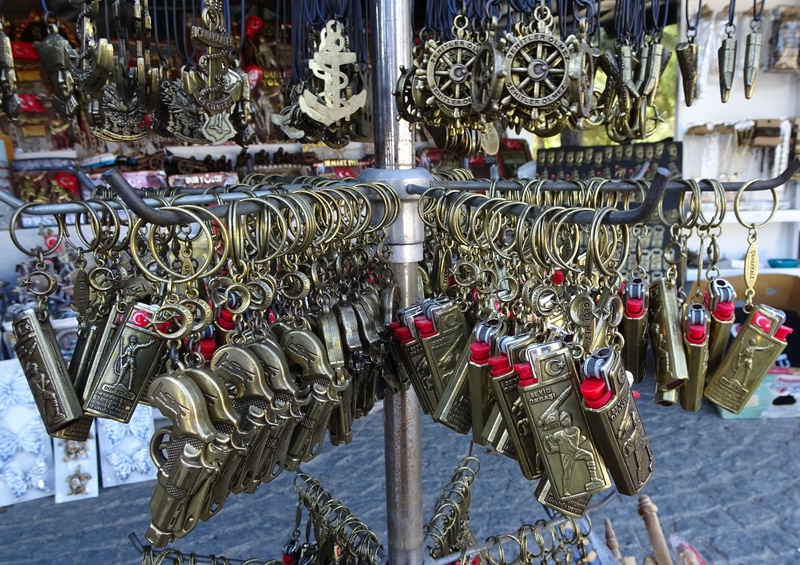 The New Zealand monument was grand, standing beside a Turkish memorial to Atatürk’s wounding on a hill they only held for two days. 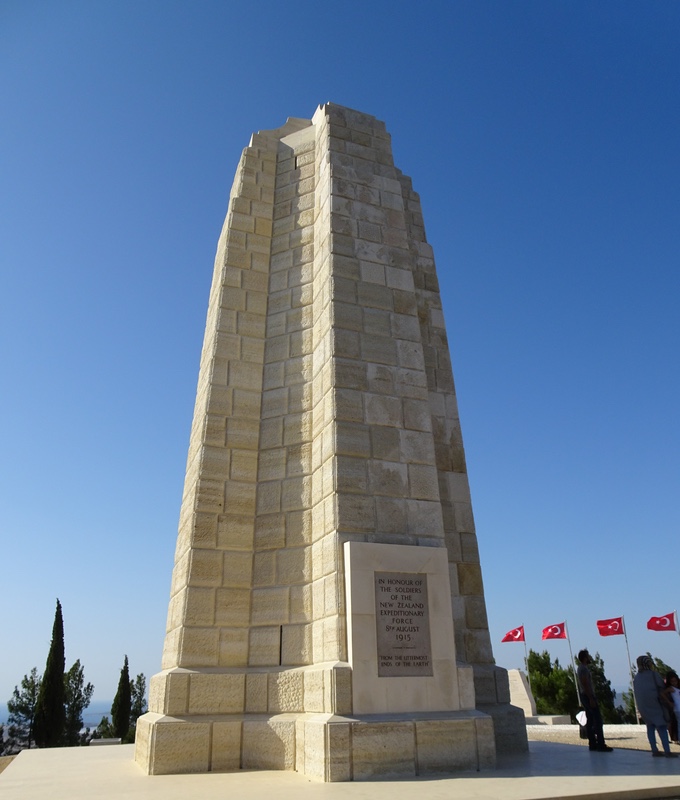 Coming into Çanakkale there was several giant hillside signs about the war history. One with just the date, another was a section of a poem imploring passers by to remember that people died on the peninsula to build Turkey. 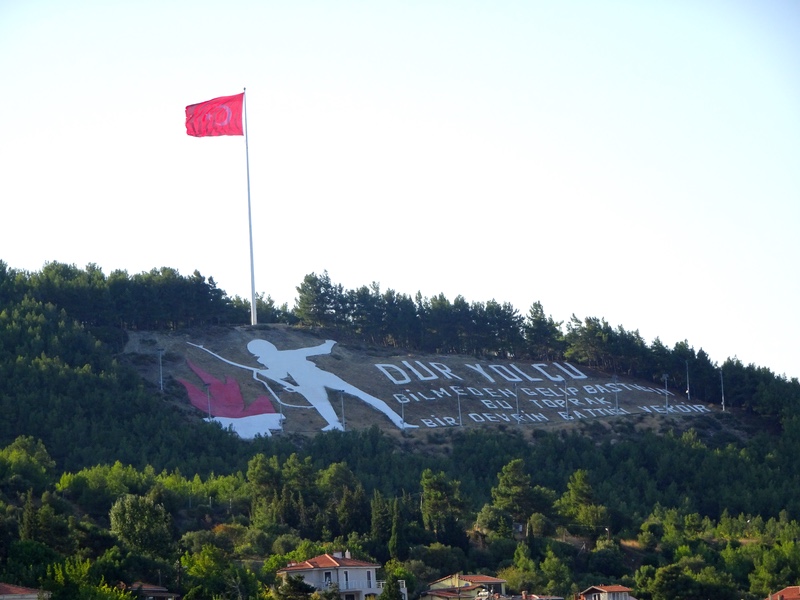 Stop passerby! This soil you thus tread unawares Is where an age sank. Bow and listen, This quiet mound is where the heart of a nation throbs.

The horse from the modern retelling of Homer’s story of the assault on Troy. It’s pretty imposing and according to our guide is a pretty accurate representation of the writings of Homer. 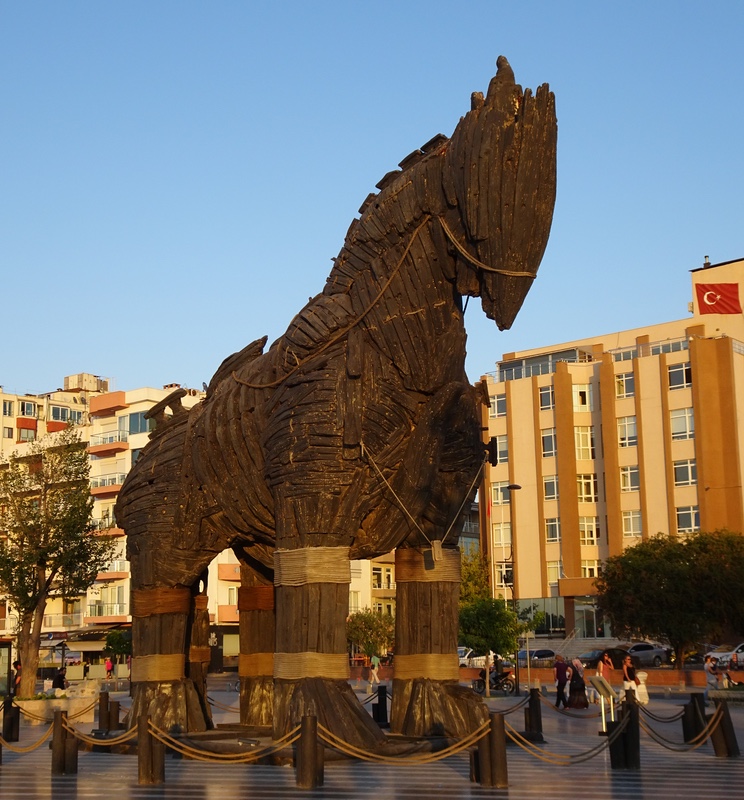 Of course a little bit of a piss-take on behalf of the Aussies, this is one of many similarly themed places I saw today, but probably the least sarcastic/ironic of the lot.

Overall, Çanakkale is a beautiful area, and I can completely understand why so many Turkish people and tourists make it a mandatory stop along the way; even before the historical reasons are included. 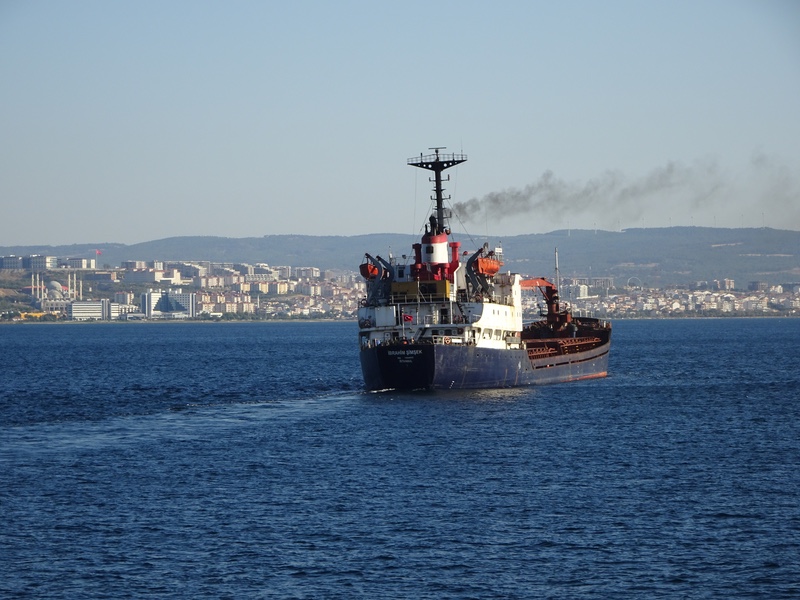