Caught the train from Covent Garden to Green Park, transferred to the Victoria line down to London Victoria station. From there it was a rather pleasant journey on the Gatwick Express to the airport.

Victoria station is a bit of a mess, there’s construction around a large section of the outside and GPS doesn’t work so you can’t find where you are until you do half a lap.

Check-in was fairly simple, hand over your passport and they pulled up the details - probably the easiest I’ve ever gone through. Singapore Airlines in Brisbane needed the booking sheet and messed around with the barcode for a bit.

The bag check was very well organised for the scale of people they must deal with - small plastic bags for the liquids to be kept separate - and if your bag gets dinged in the scanner, they automatically pull it off to the side for a one-on-one as they check things. I got dinged for having scissors in my bag, and AuntyMary had some cream or something she’d forgotten about so we both got to go through it. She even got randomly selected for a full-body scan, something I’ve never been through, not that I really mind. Passport control took significantly longer, due to the truly epic number of people trying to get through, and what seems to be a very stringent screening process - unless you’re Australian - in which case they scan the Visa, get confused and stamp your Passport!

Breakfast at Jamie Oliver’s Diner, another hot breakfast with all the trimmings, all for under 11 pounds. They didn’t have real coffee, but filter coffee for cheap did the trick. I asked for smashed avocado on the side and got quite a serving, but it had lemon and mint in it, which was odd to say the least. 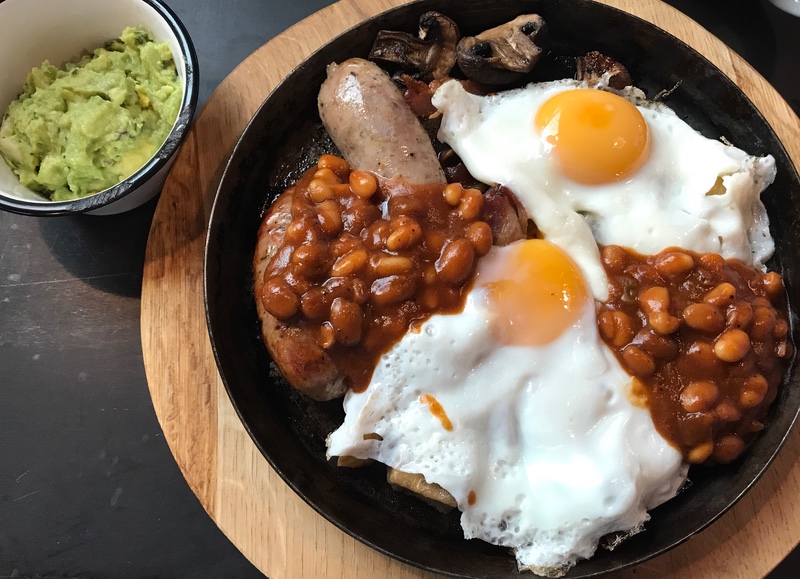 After that it was time to potter around and do a spot of shopping. Harrods have a small presence, full of super high end things and many branded souvenirs. I was really tempted to get myself a tiny Harrods bear, and not tempted at all by this one: 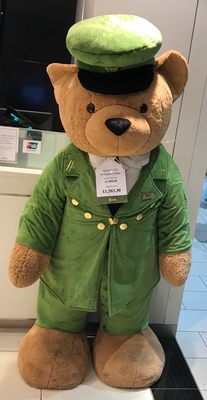 I’ve been eyeing off one of the Amazon Echo devices for quite some time, but to get one to Australia is a right pain in the butt. No such issue in the UK, and being 40 pounds it was within my “fuckit” limit on tech gadget spending :) Another thing on the shopping list was a pair of Havianas - being a size 15, and only being able to get 13’s they probably won’t fit well - but I forgot to bring a pair of thongs for showering and I’m guessing that I won’t have too many other opportuntities in the meantime. Showering in weird and wonderful places and swimming requires a little bit of foot protection, so they got shoved in the bag for 15 pounds. I’ll pass them on to a midget friend when I get back, or someone in the street before I leave.

One thing Gatwick does differently to other airports I’ve been in is not to assign the flight a gate until the last minute. It’s a very busy airport and covers many different organisations, so I guess they just assign them as incoming flights arrive - saves wasting time and having people transit out on buses like in some other airports. The site is very well set up, when we were leaving all the plane did was back out, then put on the power and we were off!

The Airbus A321-200 we’re in is quite a nice plane and relatively quiet - we’re in front of the wing today which can’t hurt - but the noise on take-off was pretty scary, and it wasn’t enough to drown out the screaming whelps on the plane. Ugh.

The food was delicious, being mushrooms and eggs and cheese and all good things, along with a small mediterranean mix of olives and feta and vegetables and a small piece of some sweet cake. Nom!

Other than that the flight was uneventful, getting in a lot later than expected - due to the 45 minutes of delay on take off - but the pick up we had arranged was there and we were off to our hotel in no time. Coming from Brisbane, London was a huge and visually arresting place full of history. Istanbul makes London look like Brisbane did to London. Driving from the airport along the waterside was enough - crumbling fortress walls alongside the modern hotels - and so much going on. Getting into the old part of town flipped this on its head, with us winding through incredibly tight streets and some amazing (that it’s standing, in some cases) architecture.

We checked in, after a few translation errors, thankfully Peregrine had put a sign on the desk of the hotel which we could point at. The room’s posh, bordering on flash. Free internet, clean sheets and a nice shower - not to mention the biggest shower head I’ve seen since that Seinfeld episode - is all I need. 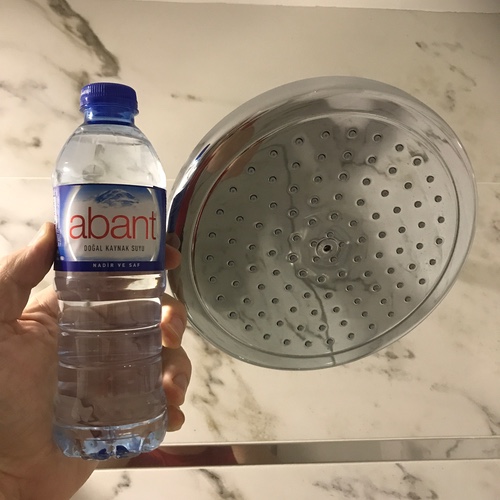 After getting ourselves settled we went for a walk from the hotel, seeing what we could see around the area. Cobblestone streets of course, and people everywhere, at least we seem to be in a fairly tourist-heavy area so we weren’t the only caucasian faces around. Of course every time we walked past the entrance to a store we were their new best friends and had to come and see what they had to offer, which I’m sure will grow on me eventually :)

We found ourselves in the grounds of Gülhane Park which is next to Topkapi Palace. It being rather late we didn’t venture too far, just enjoying the cooler breeze and the walk along the path.

Dinner tonight was at the Beltur Kandil Cafe, within the grounds of the park. It seemed popular and the menu looked fantastic, but as terrible tourists we had a hell of a time communicating what we needed. This was confusing given that the cheap and cheerful places on the main road all seemed to have perfect english, while the stuffed shirts of the fancy place didn’t seem to speak a word. This could just have been a local reaction to me being terribly underdressed, but I’d have preferred a “no shoes no service” response than being terribly vague. (I did have thongs on, whoops).

Lovely food nonetheless, I’d highly recommend wearing pants and shoes and enjoying the atmosphere - and the cats! Tiny beggars. There were at least four of them that I could identify there while we were eating, and people’s reactions ranged from scratching them on the head and throwing them crumbs to flailing at them wildly. Given there was a cat-house at the front gate, I didn’t know what to do so I just ignored their paws reaching up onto the table and went about my dinner. 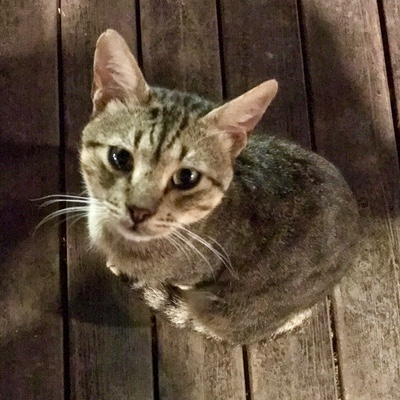 On the way back to our hotel we wandered past a fascinating fountain of which I can’t find any information - but it’s run entirely by small electromechanical valves - something I’ve seen many videos of in the past but never seen live. It’s quite striking, and if I can find more information about its specific significance I’ll be interested because it shows flower patterns and words and stars in a random-ish sequence. 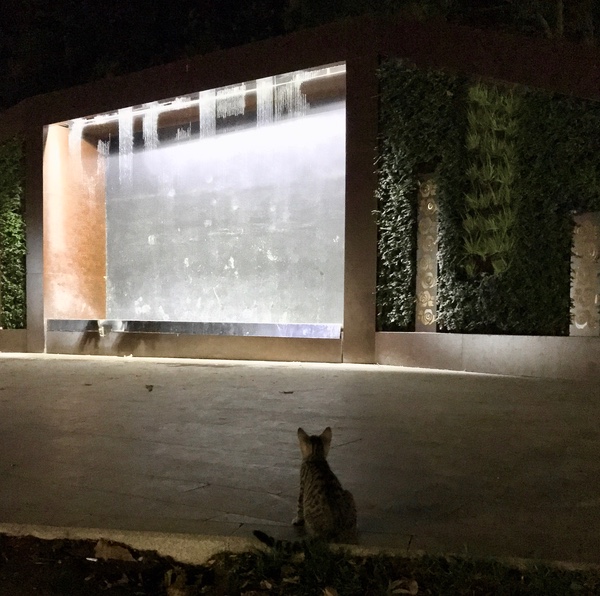 I’ve felt out of place before for a variety of reasons, but nowhere more than this. I feel blind to their culture, having no shared linguistic basis and no real understanding of their history, definitely a guest and an outsider.

I hope to at least not look like and feel like a fool while I’m here, here’s hoping I can keep up :) Wow.