Given it was raining before we arose, we chose a few things on the things-to-do list which were generally indoors. The first of these was the Churchill War Rooms, the underground bunker complex that was used for most of the second world war to run the show. There’s a lovely self-paced audio tour of the facilities almost exactly as they were, along with an expanded museum area dedicated to Churchill’s life. A truly inspiring man, well worth learning about. 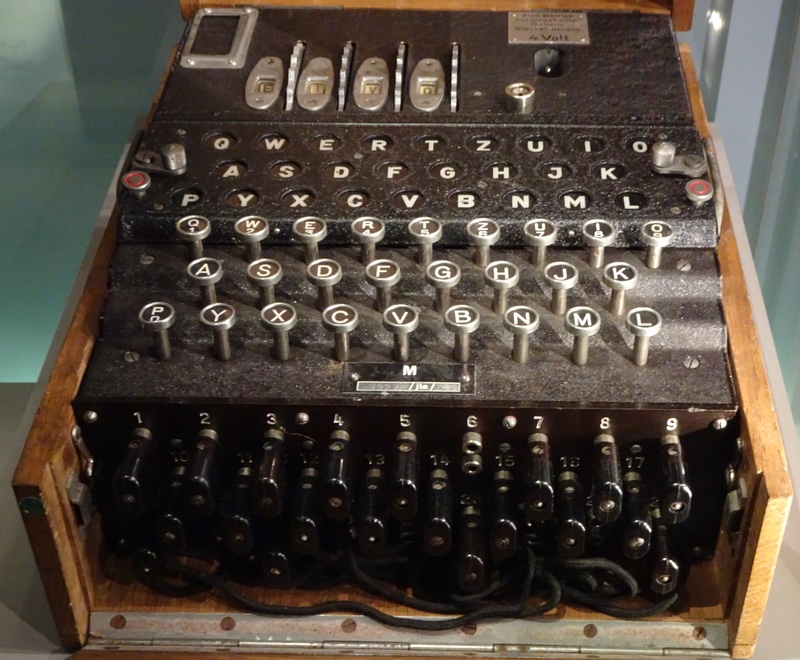 I got to see a real life Enigma machine. Super cool :)

While talking about a particular officer’s place within the bunker, this comment was made:

The mark of a man well placed in the civil service of the time - a piece of fine carpet under and around his desk.

Well well, isn’t that just fancy? There were some lovely carpets, I do have to say. :) I thought I’d taken a photo or two of them, but clearly I had not. They all seemed to be from the subcontinent and beautifully made, if rather well-worn and cut to pieces to fit.

I’d recommend going to see this, if only to understand the technology they had available (very little) and the efforts put forth by a determined group under incredible strain.

After the CWR, we’d planned to head to the Natural History Museum, which looked to be an interesting place to visit. When we got there it was raining and security had us standing outside to check bags before entering. Rather than standing there getting soggy (don’t get me started on tiny cheap brollies), the V&A Museum was next on our list anyway, and they didn’t have such a line so we headed there instead. 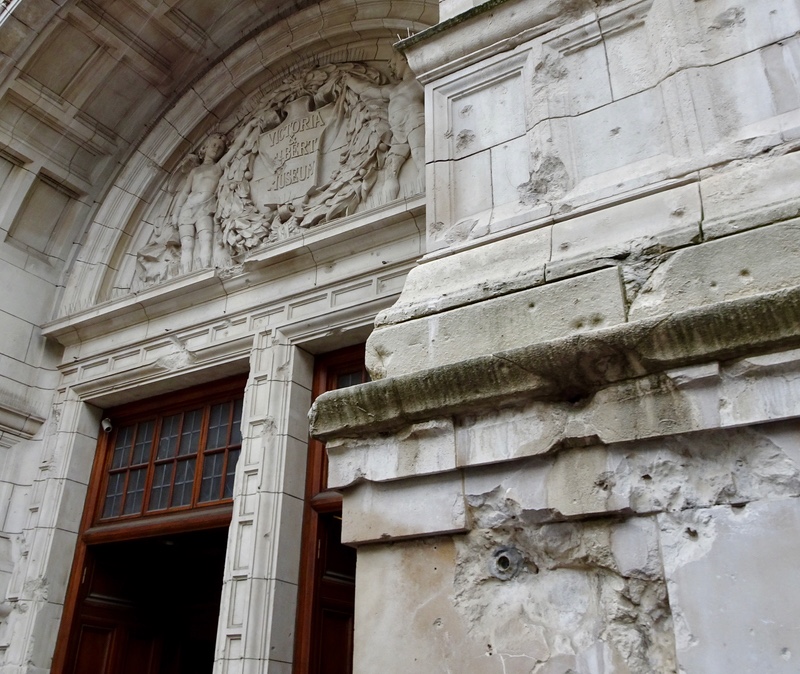 The Victoria and Albert Museum. Yep. It’s fair to say I was warned. We tore through there as fast as our slightly weary legs would take us, but two and a half hours later we’d seen less than half the place in our peripheral vision and stopped to see only a fraction. I could spend hours just exploring the designs of each piece in the Islamic art section, with their geometric beauty and incredible style. 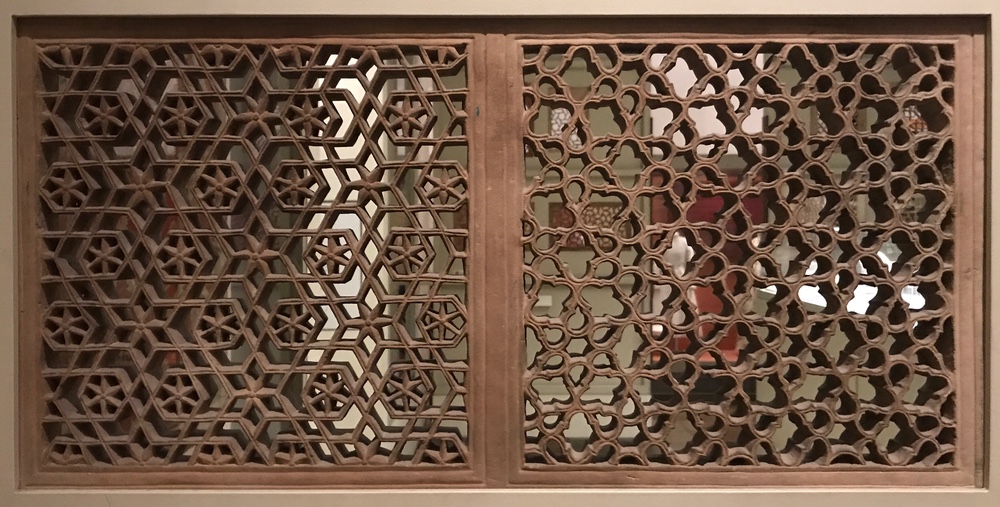 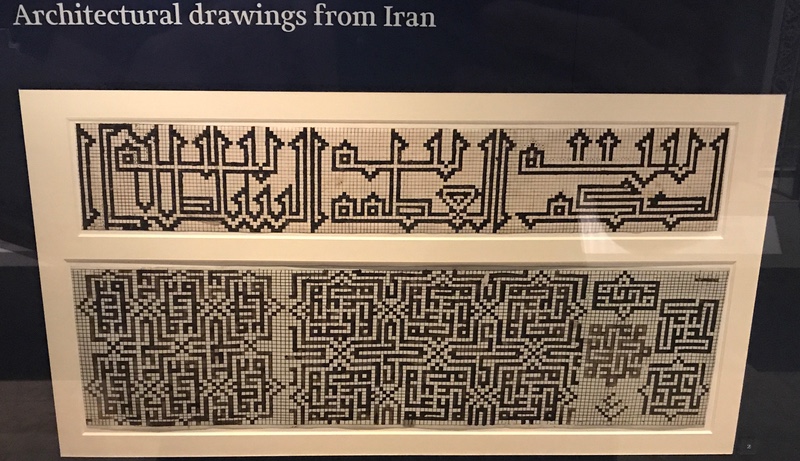 The Asian collections are spectacular and varied, and obviously there’s many other collections to see. We saw a lot of misplaced crumblies and things out of time, from burial memorials to fronts of old buildings, ancient religious pieces to modern art. I loved the metalwork section, especially the lock collection - so many spectacular pieces. 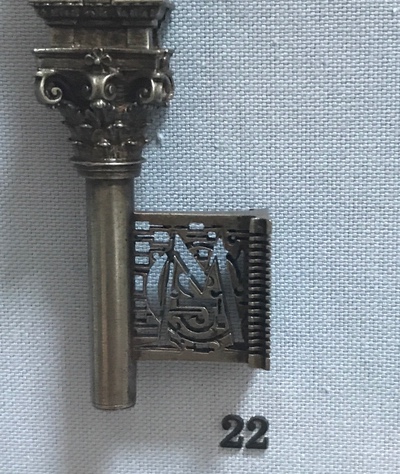 It was really quite amazing and I’d love to spend more time there next time I’m in London. 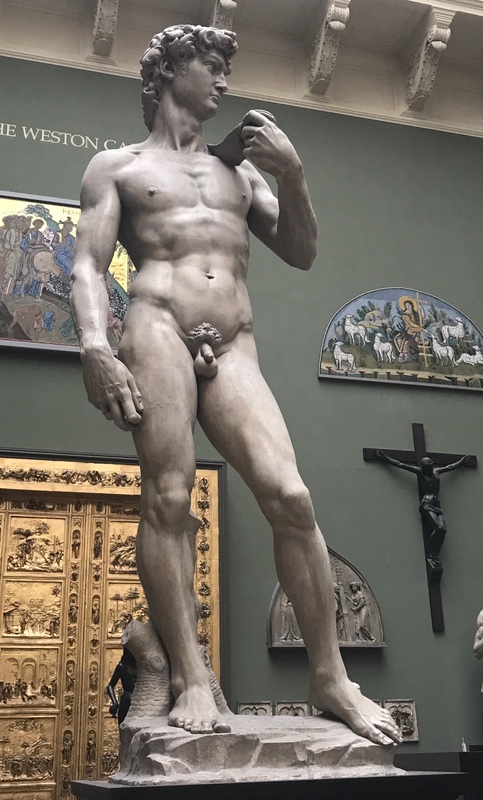 Oh, and I got to see the local reproduction of this guy. 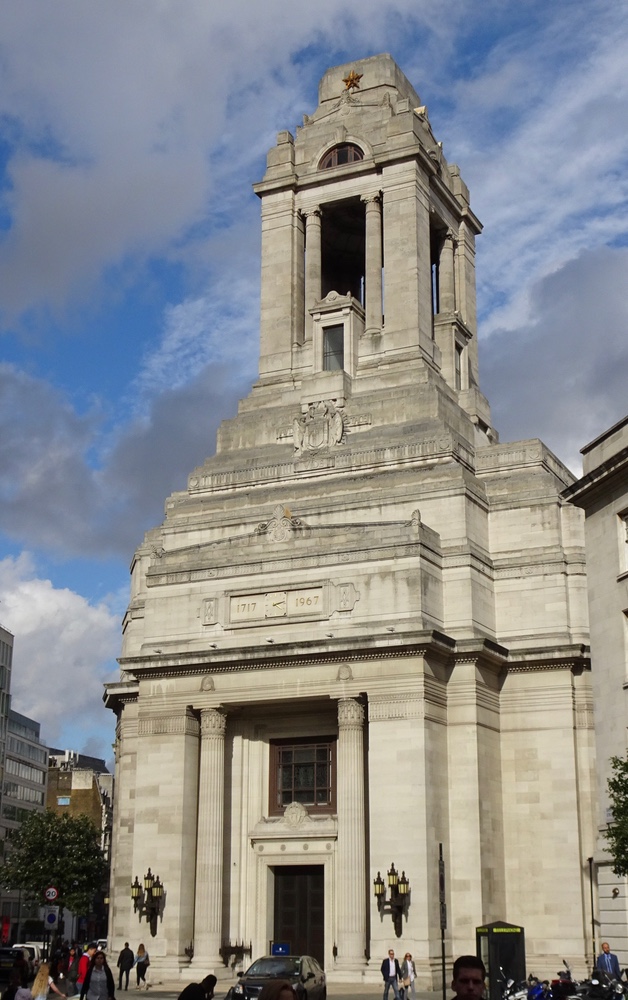 We’d seen the London Freemason’s Hall as we walked up Long Acre the first time and it was quite a sight to behold. We had a few joules of energy left before going splat on the way home so we thought we’d pop over and have a closer look, only to find out that not only can you enter, but there’s a museum and a gift shop!

There’s regular guided tours of the library and museum along with the option for a self-guided run through the place. A member stopped to talk to us and he was very nice, and we found the only real places we couldn’t go were the actual meeting halls where things were happening. 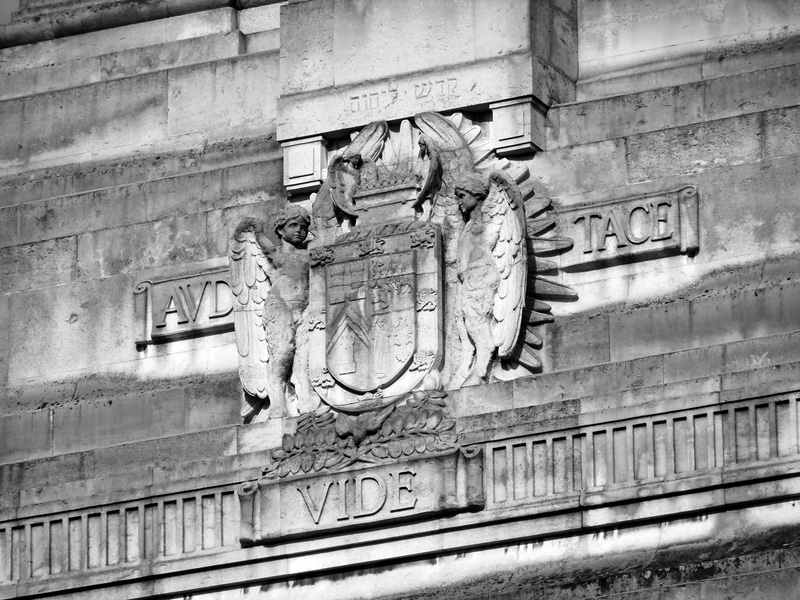 I learnt a lot about the group, that while their ceremonies are secretive and entrance to the society isn’t a given, they’re a non-denominational and well-minded organisation - as far as I can tell anyway. :) If you get the opportunity, go spend half an hour - it’s a beautiful example of the architecture possible when people put their minds and wallets to it. 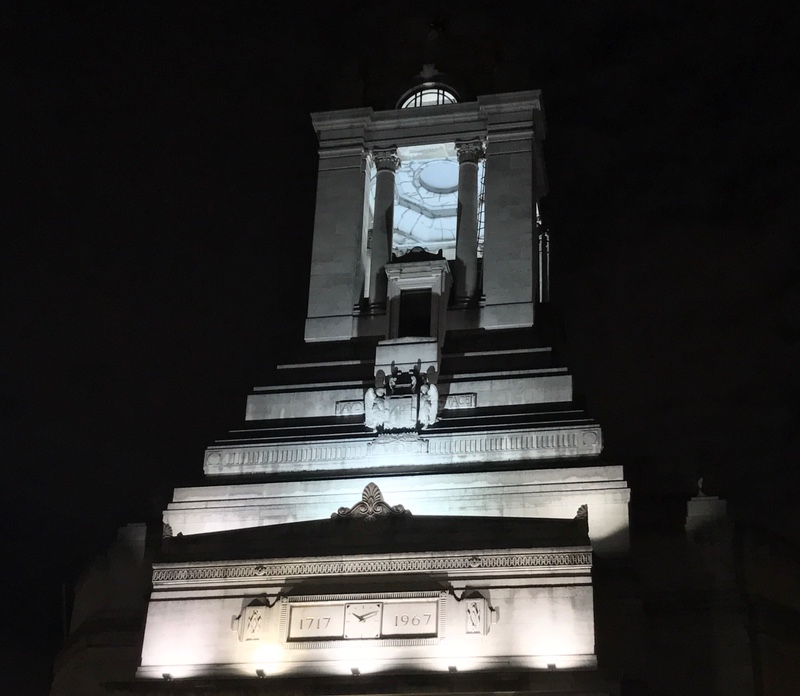 After a quick rest we were back on the road, heading to see the Book of Mormon in the Prince of Wales theatre. Written by Trey and Matt from South Park fame, along with a host of other … cultural icons … I knew roughly what to expect (even if AuntMary probably didn’t). We had cheap(er) seats in the upper level of the theatre, but I couldn’t have picked a better place to see the show from. I know it’s supposed to be a pisstake on the Mormon religion, but it’s a heartwarming and belly-laugh inducing ride through the adventures of some young elders learning to embrace their religion. Or something? :) Go see it, seriously. 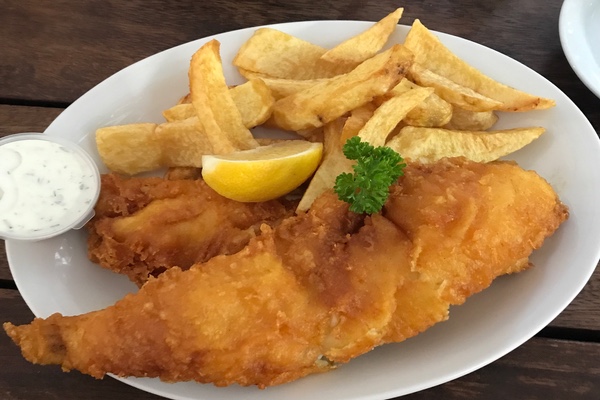 One of the food things I had on my list to try was fish and chips, as the Brits do it. Being from Australia we have our own borrowed/stolen version of everything, so there wasn’t going to be many surprises in store. I found The Rock & Sole Plaice, “London’s Oldest Fish & Chip restaurant”, est. 1871. I have to say I wasn’t expecting much, being “just fish and chips”, but wow, the serving sizes were incredible and the food was fresh and delicious. Order some sides, they’re tasty and you’ll get way more than you expect. They’re deserving of the high praise they get online!

We toddled through Leicester Square past the giant M&M’s shop and the LEGO shop, two new things on my itinerary - I said to myself recently I’m cutting back on both of those sorts of things in my life, but there’s nothing wrong with looking at giant examples of their storefronts, right? Right?

We didn’t walk anywhere near as much as yesterday, eschewing additional podiatrauma for more fun on the tube, but there’s always tomorrow! 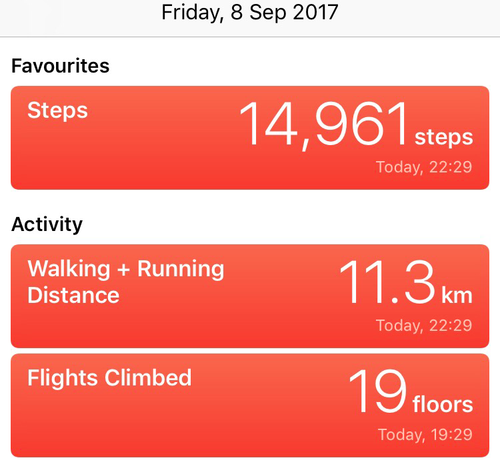