I bought an IKEA bed without a head when I first moved in nearly four years ago, and I finally got around to dealing with it this past weekend. The general idea was to have something that kept my head away from the wall when it was cold, and not look too ugly. Simple, right? 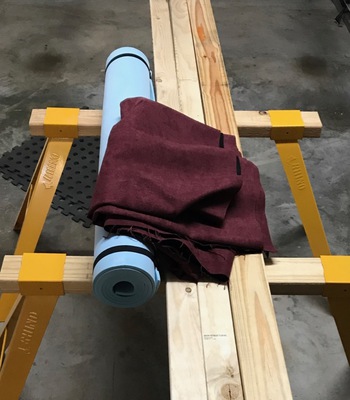 I started by grabbing some material from Spotlight, the local “big box” fabric store. Padding wasn’t cheap, so a cheap(ish) camping mat from BCF was purchased, and some 2.4m lengths of “non structural pine” as well. These were the cheapest part of the whole thing at $2.88 each. I already had the uprights from a previous job, being some nice-ish 2x4” pine. 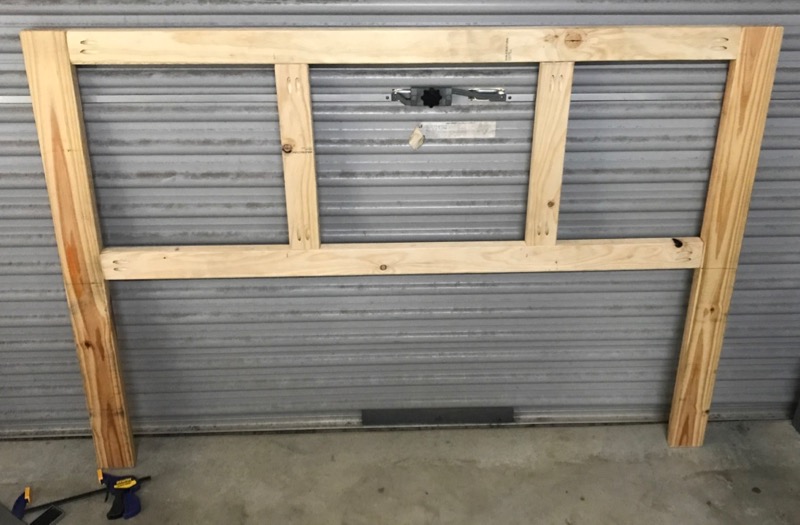 Since it isn’t a load bearing structure, and it was destined to be covered in fabric I roughly put it all together with pocket holes - such an easy way to put a structure together - and you can make it look neat if you care enough. 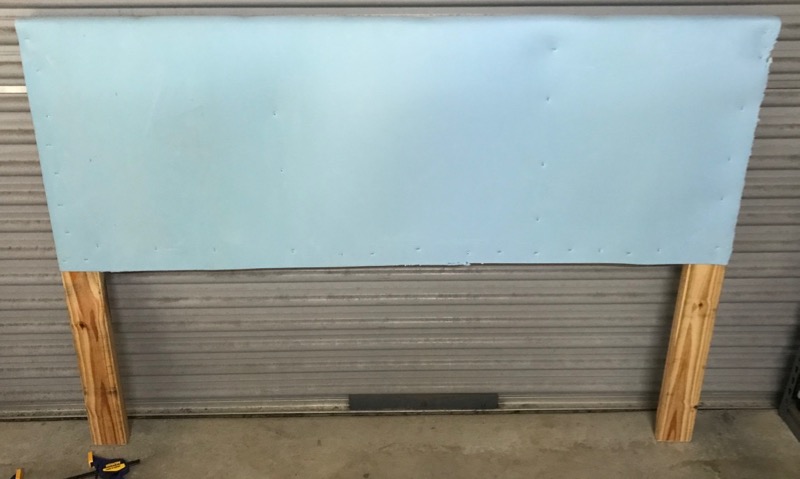 After that, I tacked on the foam and trimmed it to size. I rolled it up and over to soften the line of the edge a little, and the piece on the back protects the wall from damage while also balancing the distance the legs have to be away from the wall due to the skirting board. 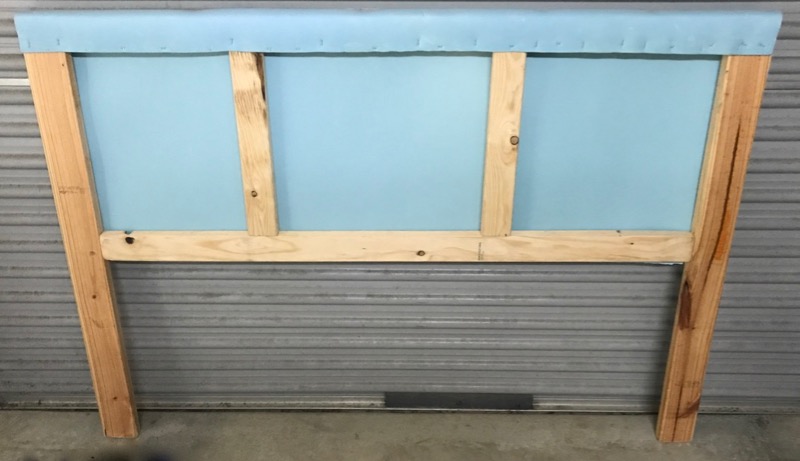 Next up was the fabric, again the front was what mattered so I carefully folded it over the top, tacking it to the back of the railing, and trimmed the edges so the legs were wrapped and under the bottom rail too. 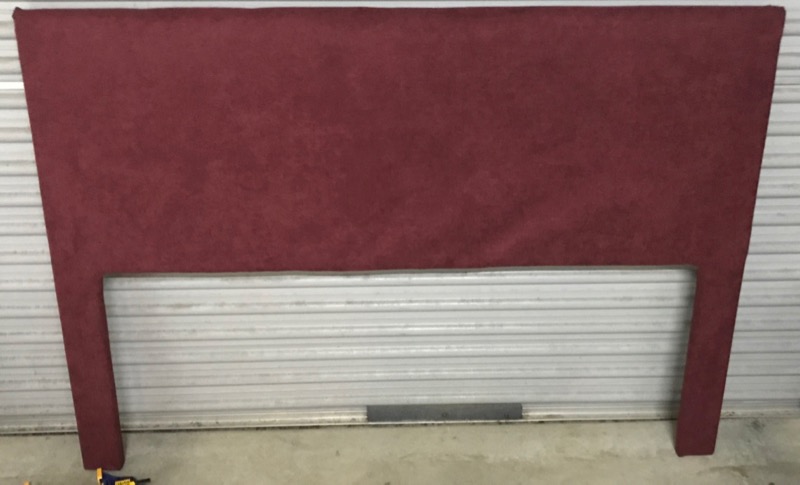 All in all it took me about an hour and it looks great in place! The only thing I’d probably change if I did it again (or feel like changing it) would be more upright rails so that when I lean on it, you don’t feel like you’re going to rip something. I don’t foresee that actually happening, but it’s something to think about!