RMB had been on her amazing South America trip for a few months and I wanted to see some shows in the Pop Up Globe where my friend Chantelle’s been doing some incredible work. These two things came together at the same time, so I toddled off to Auckland for a few days, then onto the cruise ship to come home via Sydney. 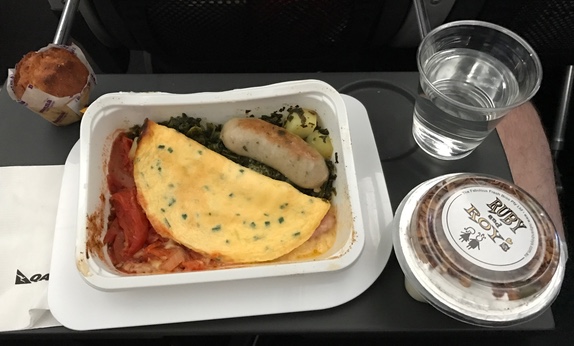 What a start to the trip! I misread my flight time and barely scraped into check-in by a few minutes, thankfully I’m paranoid about getting there early and had built in lee-way. Between leaving home and landing in Auckland, my iPhone decided to do a weird battery thing so I ended up with ~10% battery upon landing. That was even after plugging it in to charge through the whole flight - the weird in-seat charger kept turning it on, which didn’t help. Customs and baggage collection was a breeze, and then I tried to buy a SIM for my 3G hotspot, but tried two different company’s offerings before giving up.

Thankfully the bus from the airport had wifi which let me figure out that something was just plain odd about the hotspot device; I decided to just give up and be a tourist with an iPad. It would be a great solution if it wasn’t for iOS’ habit of disabling it as soon as it possibly can, meaning I had to keep pulling it out and play the pairing game. Every provider in town seems to have a tourist SIM, which is great - either a gig of data for $29NZD or three for $50NZD. Vodafone was closer so they got my business :)

Connectivity established, I tramped up the hill to my accommodation. I knew from some prior research that it was definitely not the most glamorous place in town, and my expectations were definitely met. Somehow I got a free downgrade from a standalone studio apartment to one with shared facilities. Cheaper is nice, and I queried the price at the desk but there wasn’t a mention of the change - this I figured out after getting into the room. Meh, saved $60 and I’m only in town for three days.

Crappy beds I can deal with, but zero ventilation is a bit nasty, especially for an oversized exotherm like me. I guess it’s a combination of being in a town which is normally chilly and the price, but the only way to get fresh air is to open the window which opens onto a stairwell and the motorway. 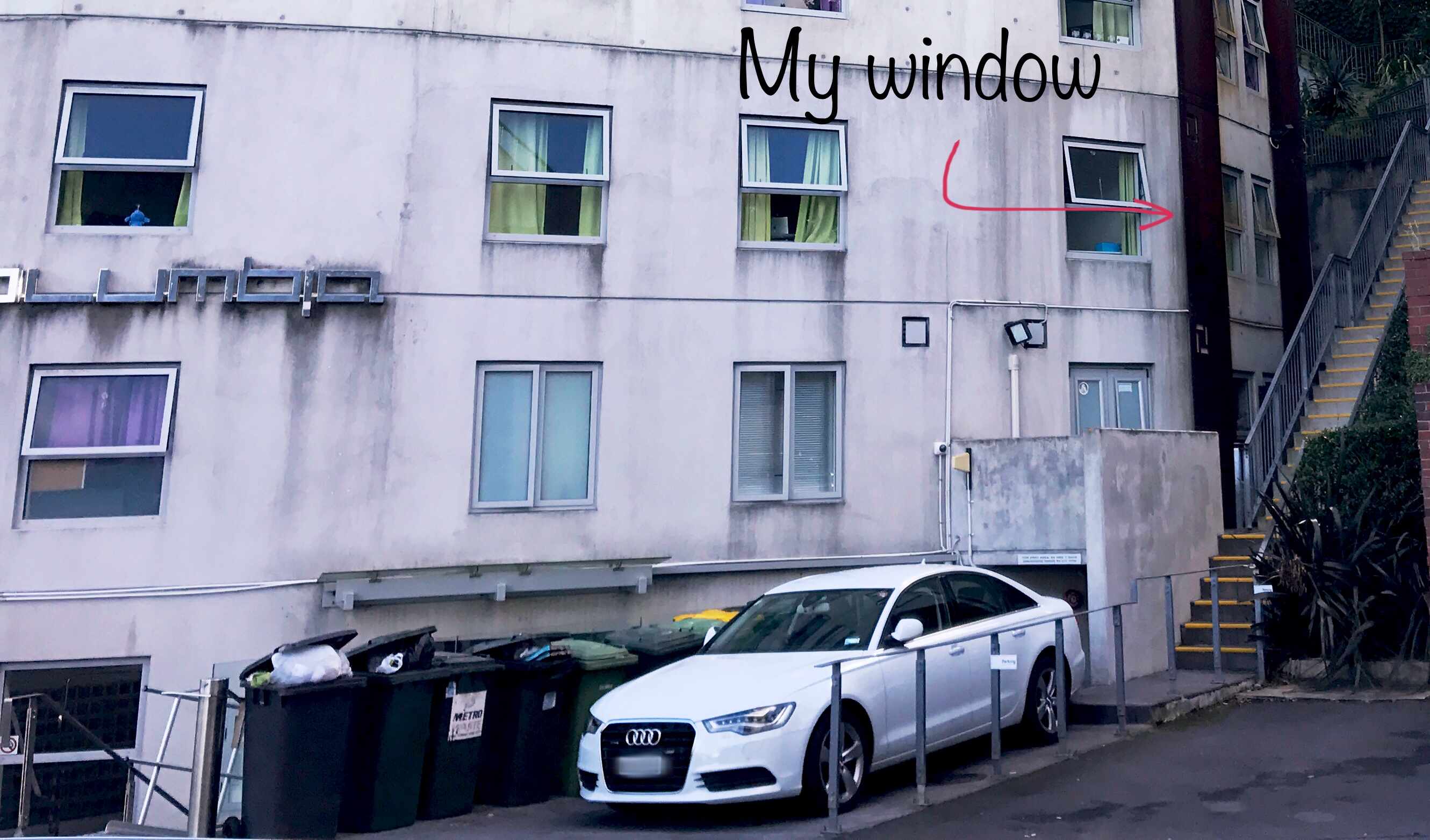 Enough griping, on to the adventuring!

I was based fairly close to the CBD, smack bang in the middle of what is the Auckland University zone, with at least four I could identify and probably more I’d missed. Living in Brisbane we consider ourselves multicultural, but that’s BS when you consider the world’s population distribution by culture. Everyone is represented here, with a heavy dose of Chinese and western Asian groups along with the requisite Polynesians and other local island nations.

It seems that the East Asian population haven’t learnt that smoking is bad for you yet, so you can’t make it a block without copping a lungful. I’ve been told that it’s not like that outside this area, which is nice. It’s rare to see people walking along and smoking at home, normally we corral them in pens or make them fairly well ostracised.

It’s very strange that most of the American brands are here, From Burger King to Wendy’s Burgers and also Carl’s Junior. Starbucks and Gloria Jeans have already invaded Australia, and of course they’re here too. Inspired by Casey Liss’ recommendation of soul food, I tried some of Carl’s Junior char broiled meat on a burger with a side of chilli fries and crashed out for the night. Once I gave up on staying cool and closed the window to the road noise, that is.

Other than Shakespeare and cruising, my only other plan was to get to the Auckland Zoo. A few years ago RMB and I had taken part in one of their “animal experiences”, where we got to go backstage to meet the otters face to face and feed them too. It’s a lovely facility only a short bus ride from the CBD, once I found the right stop, which was a bit of a mission.

I’d checked the weather forecast hoping to avoid issues, given it’d been a bit overcast and I’d heard mention that it has been one of the wettest seasons in history. Weather Underground advised there was up to ~120mm of rain with flash flooding in some areas. Time to buy an umbrella then? Ten dollars later, I successfully changed the weather and the only precipitation was a light mist at lunch time.

The otters weren’t particularly impressed with the weather, and five minutes of them being all snuggled together is all I got to see, after a few attempts through the day… 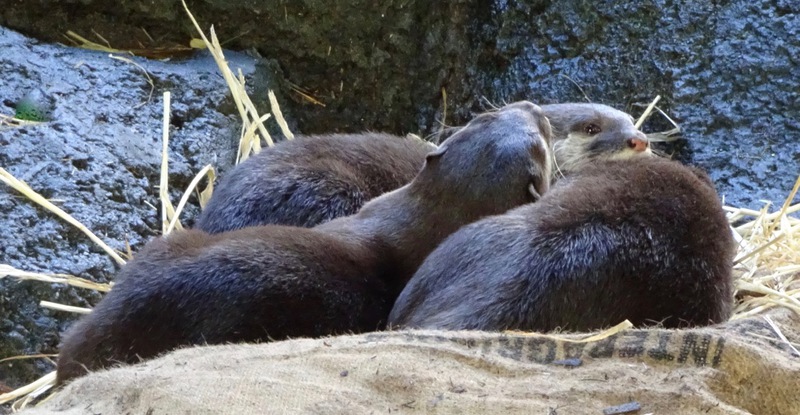 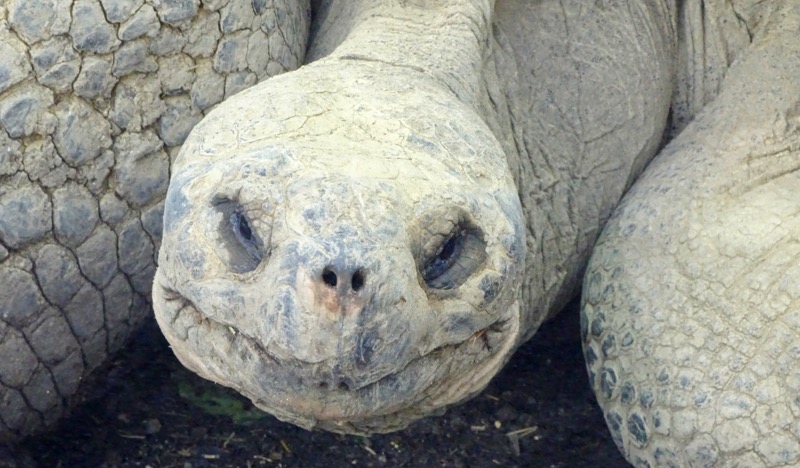 Kea, Weka, Servals, and of course, the Hamadryas Baboon with the humidity-frizz problem. 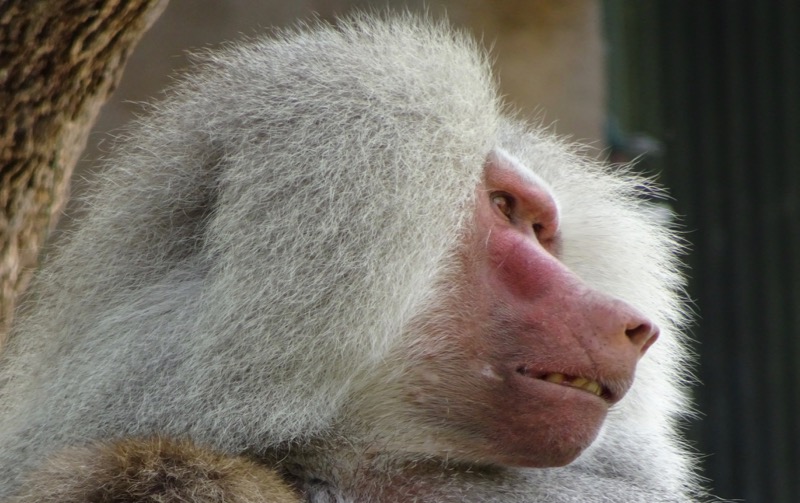 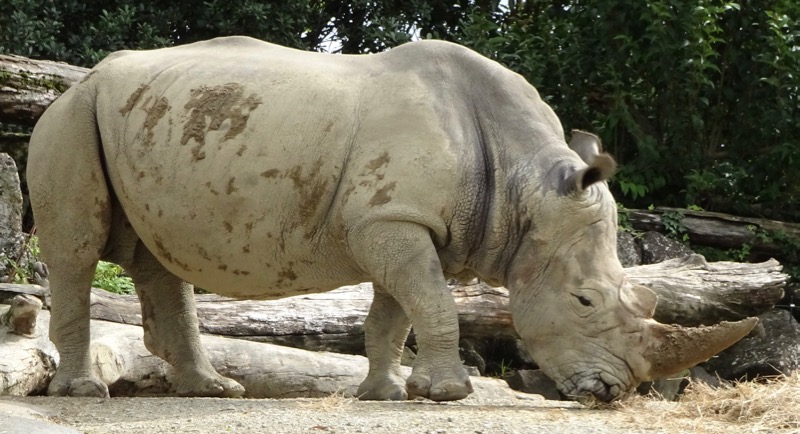 Zebra, Springbok and what most people will call my spirit animal, the Giraffe. 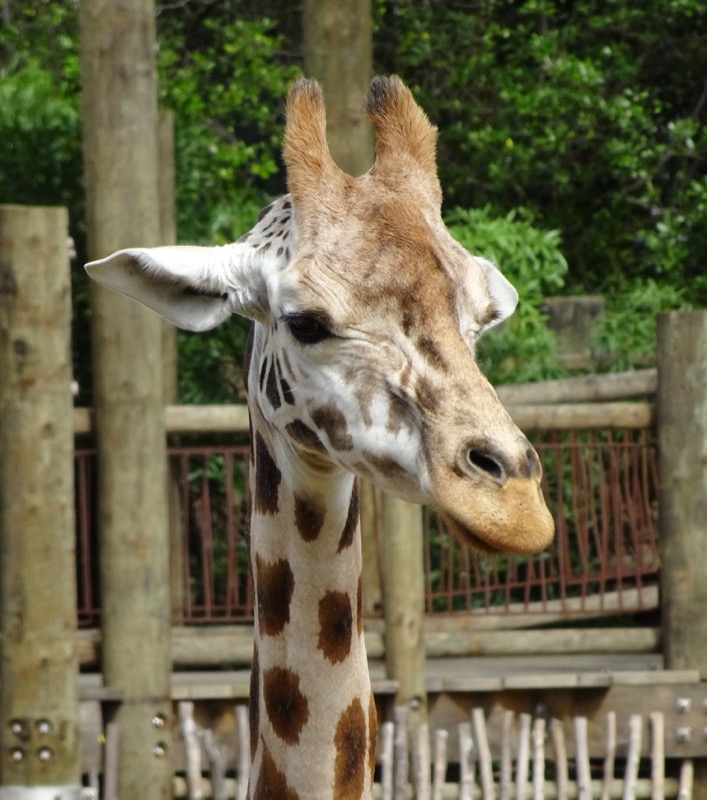 I thought the Masked Lovebirds were adorable, but the light wasn’t great to keep up with them - they’re very flighty - especially when people are around. I did grab one photo I liked :) 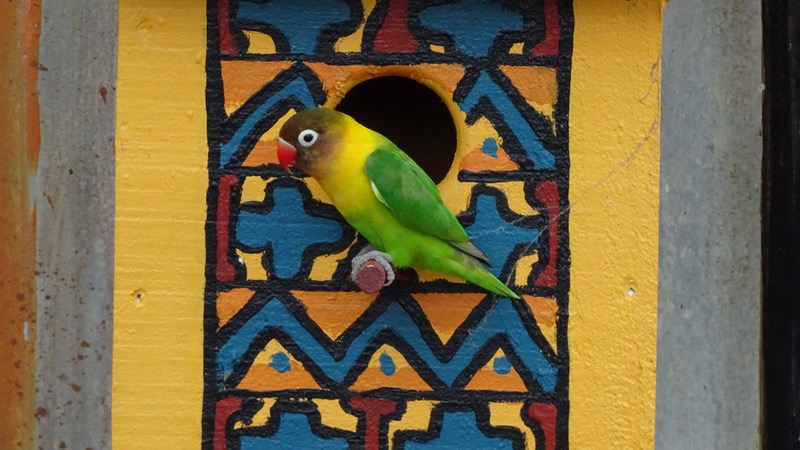 Life as a Leopard Tortoise in the Auckland Zoo certainly does have its advantages, this one was munching around in a world of snacks. 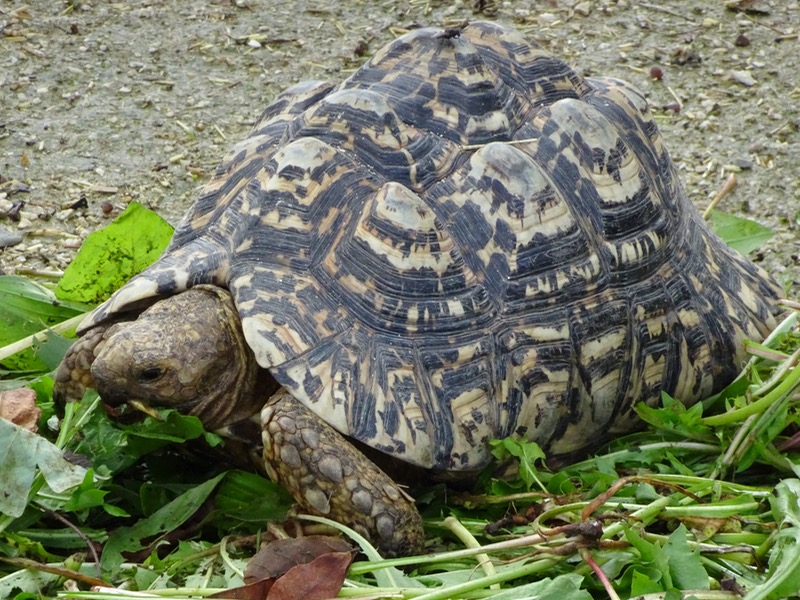 Next up was the Meerkats, those hilarious little creatures, always running around and having lots of fun. They’re great to watch, with a lookout and several other members doing their usual tasks, and they interact with everything around them in such curious ways. 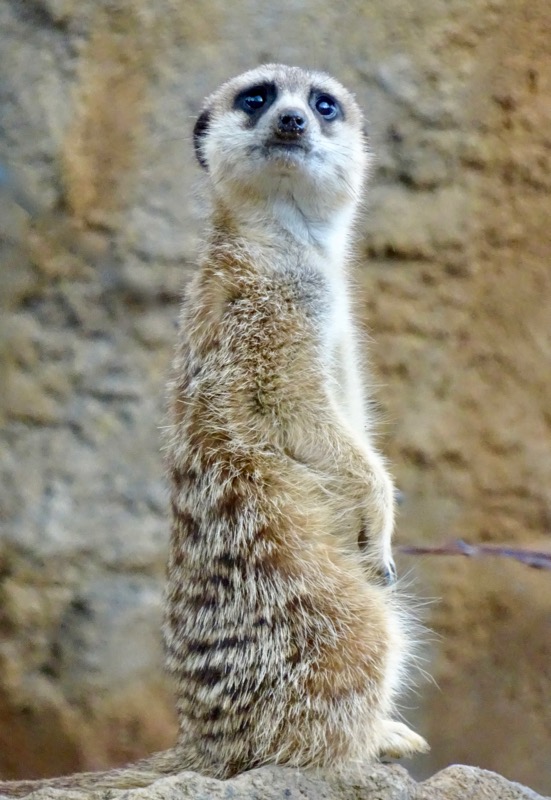 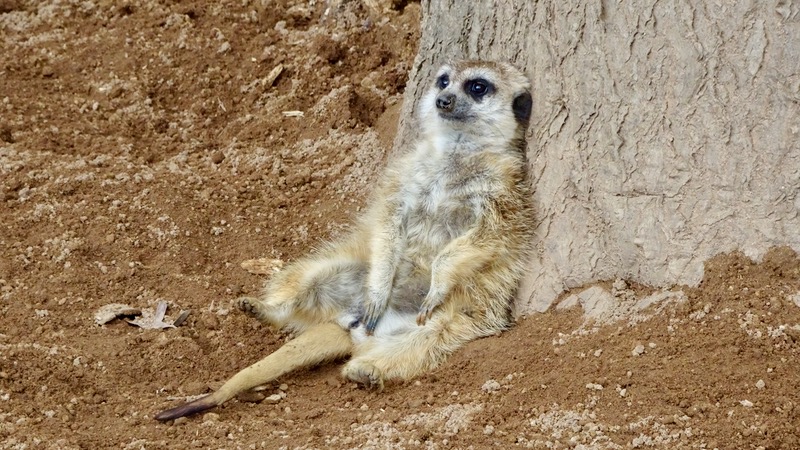 The Orangutans didn’t emerge until right before I left, probably because the weather wasn’t fantastic. Nevertheless, for the short time I saw them I was reminded that they are incredible creatures which we should strive to protect. 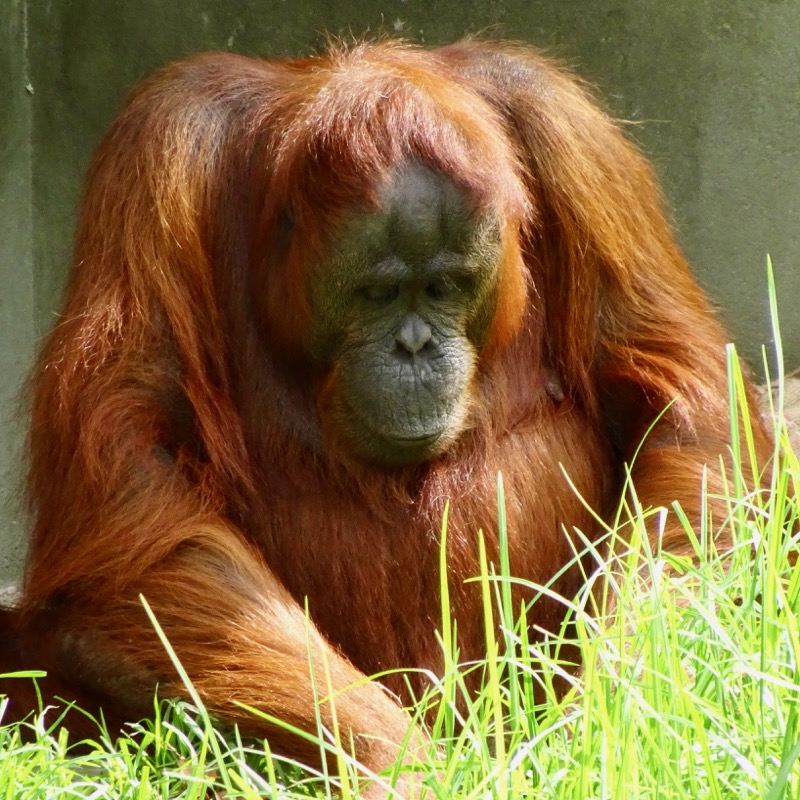 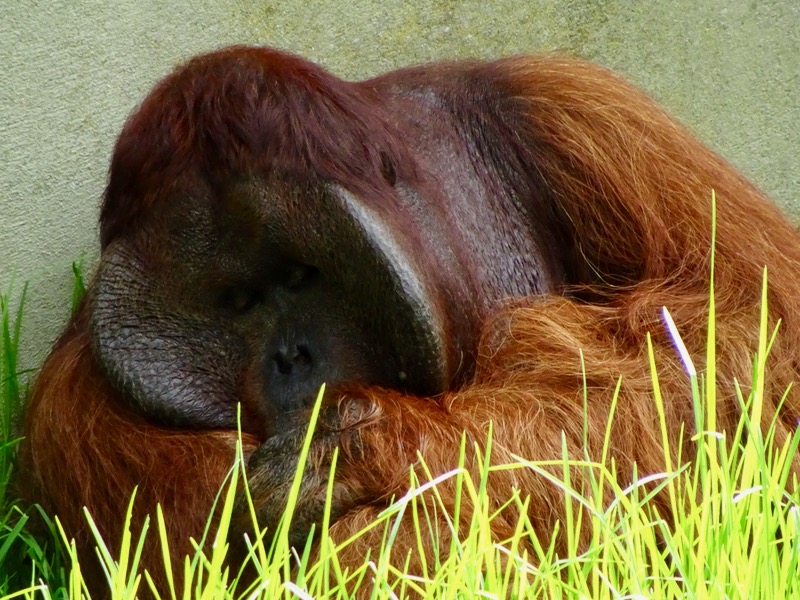 Red Pandas are another one of my favourites and I definitely spent more time at their enclosures than any other animal trying to get a good photo. 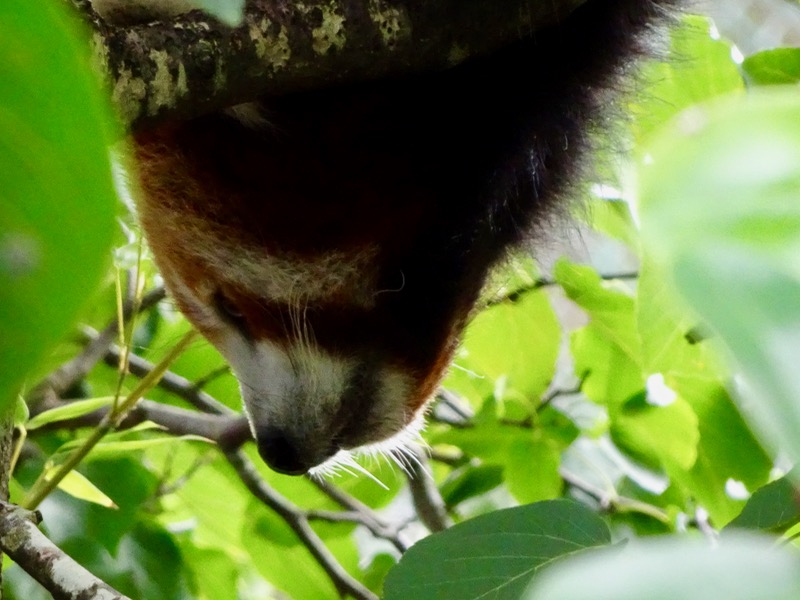 Museum of Transport and Technology

I didn’t get to visit MOTAT last time I was in Auckland, but I had some time so wandered around for a while. There’s a small collection of seriously large and amazing steam-powered machines from the past, and they have staff on site who keep them running. A massive coal-fired steam boiler powering the many reciprocating machines was a sight to see, and the gent caring for them was full of information on the locally-sourced coal and the machines themselves.

I had my first experience with virtual reality, after being accosted by a lady who finally found a single person to help; adults leaving their kids to their own devices cause problems, it seems :) Strapping on an Oculus headset, I watched a short movie on the history of the company that sponsored it, being able to peer around and get a slightly different view on things. It wasn’t the normal thing you think of for VR, but it was a great way of doing the presentation, making it more engaging than most.

After a long day of tramping all over Auckland, I met up with my friend Chantelle and we headed to a little pub in Mt Eden called De Post Belgian Beer Cafe. I’m not much for beer, but they do a damn fine plate of Mussels, and their hot smoked salmon stack’s delicious!

Taste buds thoroughly satisfied, it was time to head to the Pop Up Globe to see Othello!

The Pop Up Globe is an incredible modern reproduction of Shakespeare’s theatre, with space for everyone from the groundlings to the highest noble - built from a skeleton of scaffolding and ingenious decoration.

I had an amazing seat to enjoy an incredible story. I chose not to be a groundling, instead sitting behind them in the lower gallery. I didn’t realise it until I was there, but every time the cast ran through the crowd to be on stage (which was quite regularly) I was right there and even got to interact with one of the actors :) I had a great view from stage-level, and the actors played their parts incredibly well, drawing everyone deep in to the story right until the bitter end, with ups and downs in between.

Othello forces us to confront a timeless fear: does the Devil move among us? Racism, jealousy and envy conspire in Shakespeare’s dark tragedy, in this full production inspired by the Jacobean period, performed by a specially-formed international ensemble in spectacular bespoke costumes.

A powerful, gripping, challenging and thoroughly entertaining performance with something for all audiences, says I.

And thus endeth part one.