Another week that’s flown past without me realising it… I’m not really sure what’s happened to be completely honest :)

Saturday night was a whole lot of BBQ thanks to MrK, with all manner of dead animal presented to us, having been tended to and smoked throughout the day. Quite lovely.

Today (Sunday) I cut the last large section off the rather dead paperbark tree in my backyard. I’ve only been concerned about it for nearly three years, probably a good time to sort it out. There’s extensive borer-insect damage throughout, so whatever I don’t burn in short order will have to go to the tip. Can’t risk them going off and finding other things to eat! The full-sized chainsaw’s blade was terribly dull, even after I’d had a go at sharpening it, but a hand saw finished the required job, and the tiny-but-mighty chainsaw on a stick did the needful to take down the higher branches with surprising finesse. 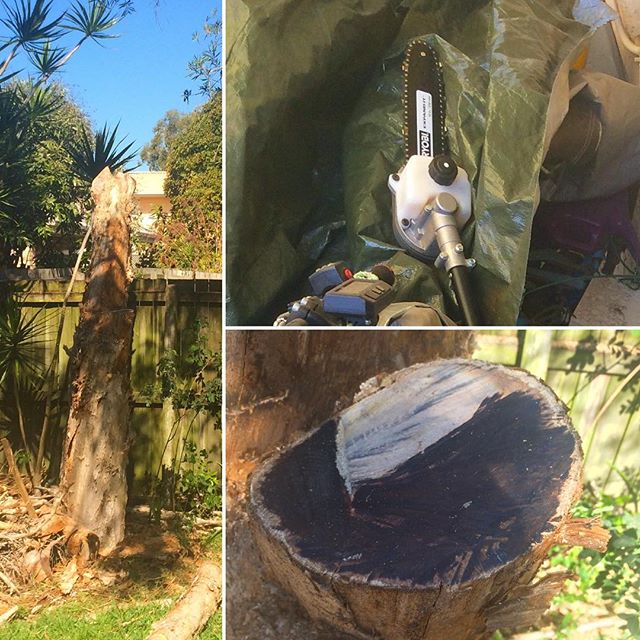 After that RMB and I went to see Love & Friendship, which is a terribly kooky and adorable movie with Kate Beckinsale, Stephen Fry and surely you haven’t kept reading this, go see it. I quite enjoyed it, even if I did fall asleep in one part - it was dark and I was quite tired. :(

We’ve re-watched the first two Bourne Movies this week, and probably will see the fifth one soon enough, it looks like fun.

Other than that, we’ve spent altogether too much time getting out and about and playing Pokemon Go. That’s actually a good thing, because amongst other places I finally got to explore the park under the Gateway Bridge, finding a few pokespots and real life actual rabbits hiding in the bushes!