Over time I’ve somehow ended up with three different disgustingly cheap portable drills which the batteries inevitably died in. Rather than spend a couple of hundred bucks on a new setup that will be incompatible with next year’s batteries, I decided to repack one of the existing battery packs.

Nickel-Cadmium batteries are icky, and I wanted the option to be able to use the batteries in other things, so I decided that I would buy some Lithium Ion batteries. After playing around with available voltages, I found that the 14.4V GMC drill I had would work OK with four 3.7V batteries. Yes, I know it’s overdriving it a bit, but I’m fairly sure it will not mind. If it does, then I’ll upload the video when it catches fire. 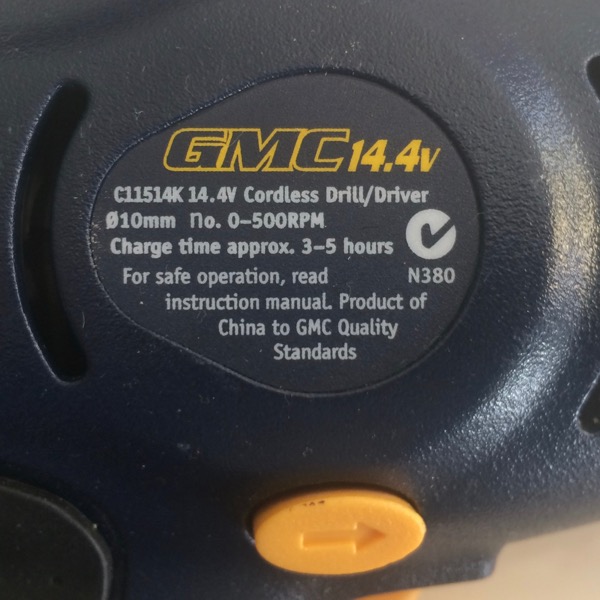 I bought some Lithium Ion cells from DealExtreme. TrustFire’s a relatively well known brand, and I found a supplier who could also sell me a charger which got good reviews. The original battery holder I bought was a single-layer four battery wide pack, and I thought I’d measured it right but clearly I’d gotten something wrong because I would have had to cut half the case out. Not a good plan. 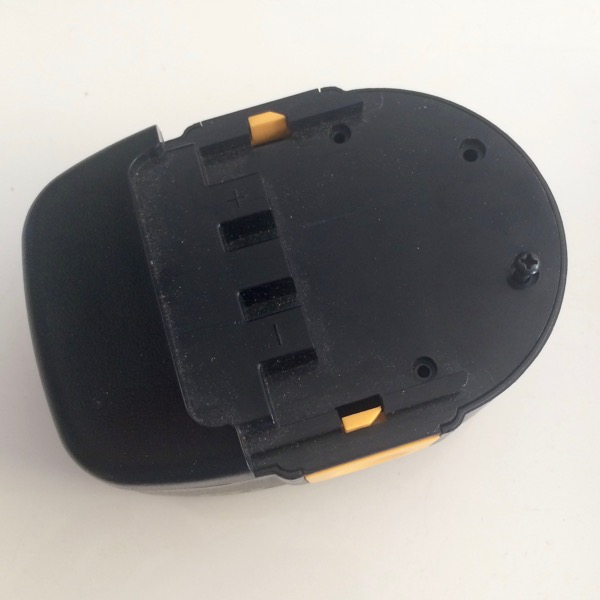 Instead I found I could get a 2x2 square one, which fits perfectly. It was a simple operation to remove the old batteries and solder in some new ones - twice, since the super-thin wire snapped the first time - and then screw it all back together. I found adding some hot glue provided the strain relief it needed, I’m sure if it’s an issue in the future I’ll just replace the wires with something more flexible and thicker. 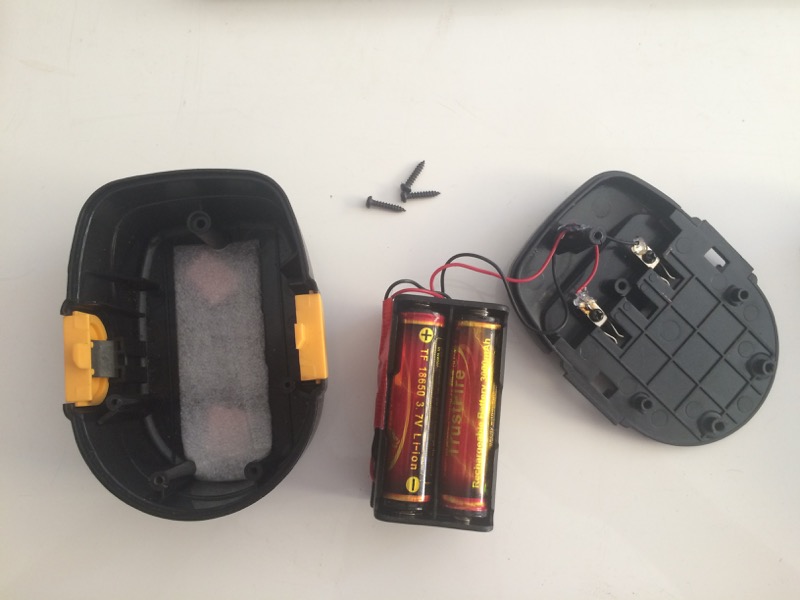 Pulling the batteries out to charge them’s a bit of a pain - three screws have to come out, and I’m sure they’ll strip eventually - but I don’t use it enough for it to be a problem yet. Once the screws strip out or I use it enough to be a pain I’ll either buy something decent or hook something up with velcro which will be quicker :) I use it incredibly infrequently because I prefer the power of my 710W Makita corded hammer drill, but it’s ome in handy a few times when I just need to do something quick and light.

So far so good, other than the fact that it falls over now because the previous batteries were way heavier. :)