The carb rebuild kits arrived yesterday, with all the associated bits and bobs I need to fix most everything on them. I previous mentioned that they included the floats, but they don’t, which hopefully won’t prove to be an issue. The floats look to be in good condition and I’ve seen mention of repairing any pinprick holes with epoxy, which should serve to get the bike on the road at least initially. 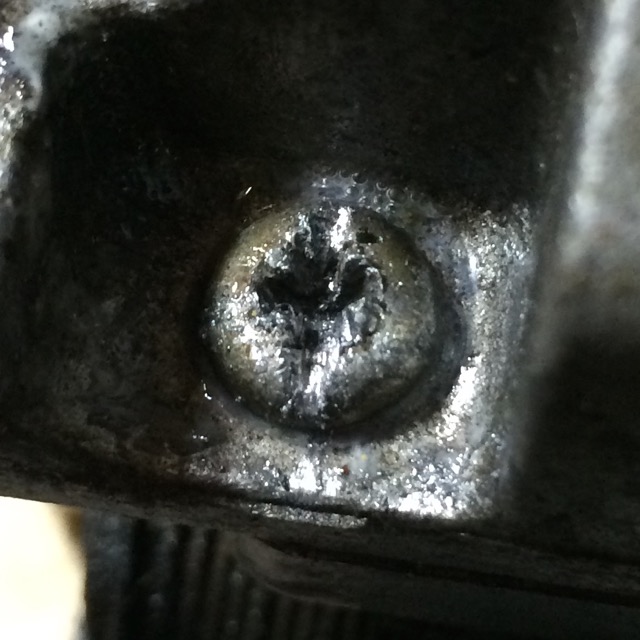 I finally got the screw from the throttle bracket out last night, after trying the method of cutting a slot in it and that not working (soft metal, bad metal!) I used an easy-out again.

I had a poke around in the bottom end of the second carb, finding a lot of green goo from dead fuel. Cleans up OK, and I’m giving the ultrasonic cleaner a workout stripping a lot of the easy stuff off.

Another day, another picture of me derping up the place. I moved that pesky cupboard to improve the view 🙂