I’m sick as a dog right now with a sinus infection, but I can’t help try and do something useful on the bike 🙂 The carb rebuilt kits haven’t arrived yet; they still have to come apart and I need to identify what work they need before I can do anything.

They’re already off the bike so I thought I’d take the bottom off to get to the floats and valves. The screws on the fuel bowls are partially obstructed by the bracket which holds the throttle linkage. Four screws, three came out easy. Left hand one of the two in this shot is the grumpy one. 🙁 I’m going to have a go at making it a slot-head screw, and if that doesn’t work it’s time for another application of mister easy-out.

I’m going to make a bracket that allows me to hold the carb by its body in a vice, which means I don’t have to support it on its side or another functional part. This should make it easier to remove parts and service the carbs without accidentally bending things. 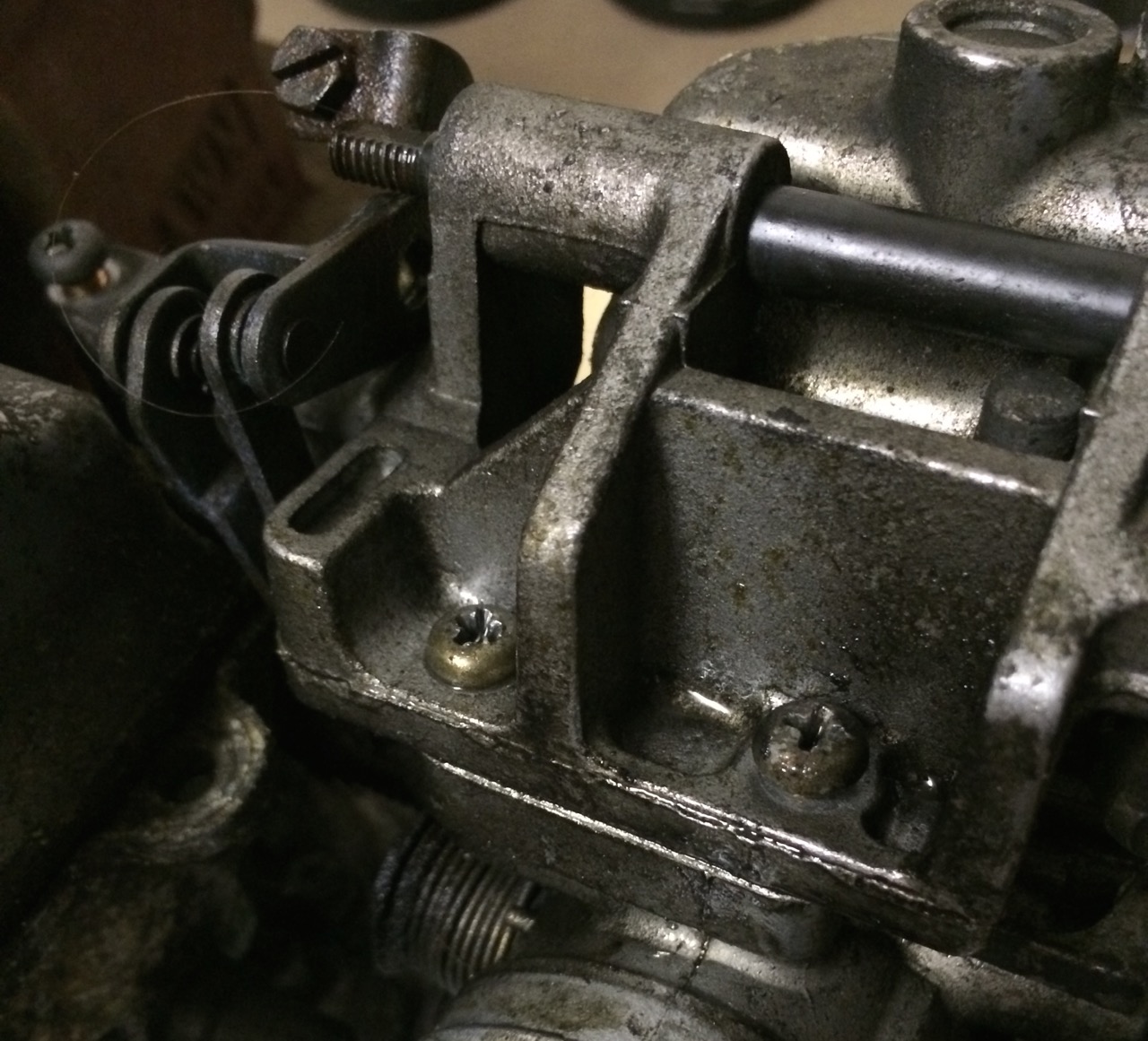 Thankfully the screws one one of the fuel bowls came out easily - they seem to have been made stainless from the factory or were replaced sometime in the last 18 years. They’re combination phillips/standard and had spring washers to boot. 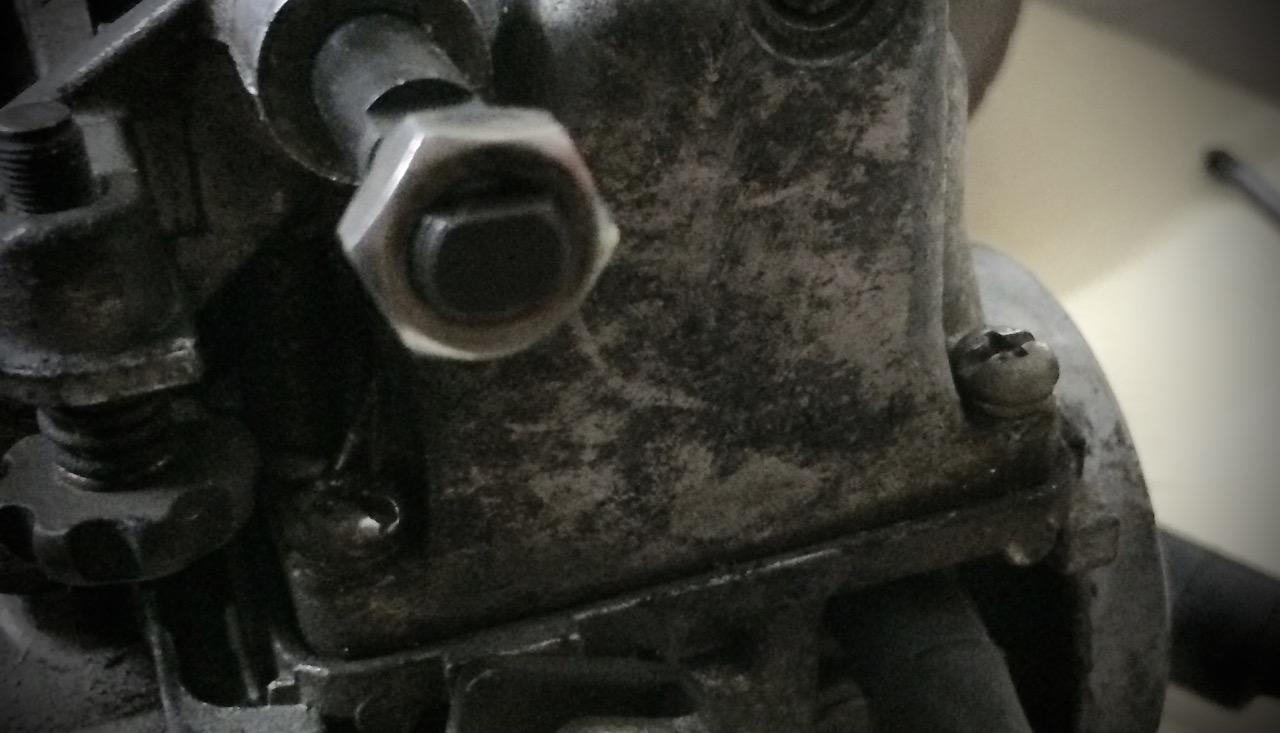 Once I got the bowl off I was able to see the float and its associated valve. There’s a fair bit of corrosion around the valve, and a big weird lump of rust - as seen next to the screwdriver tip. This validates my choice to buy the “full” rebuild kits which include all the little pins and bushes in this section in addition to just the gaskets and a float valve. 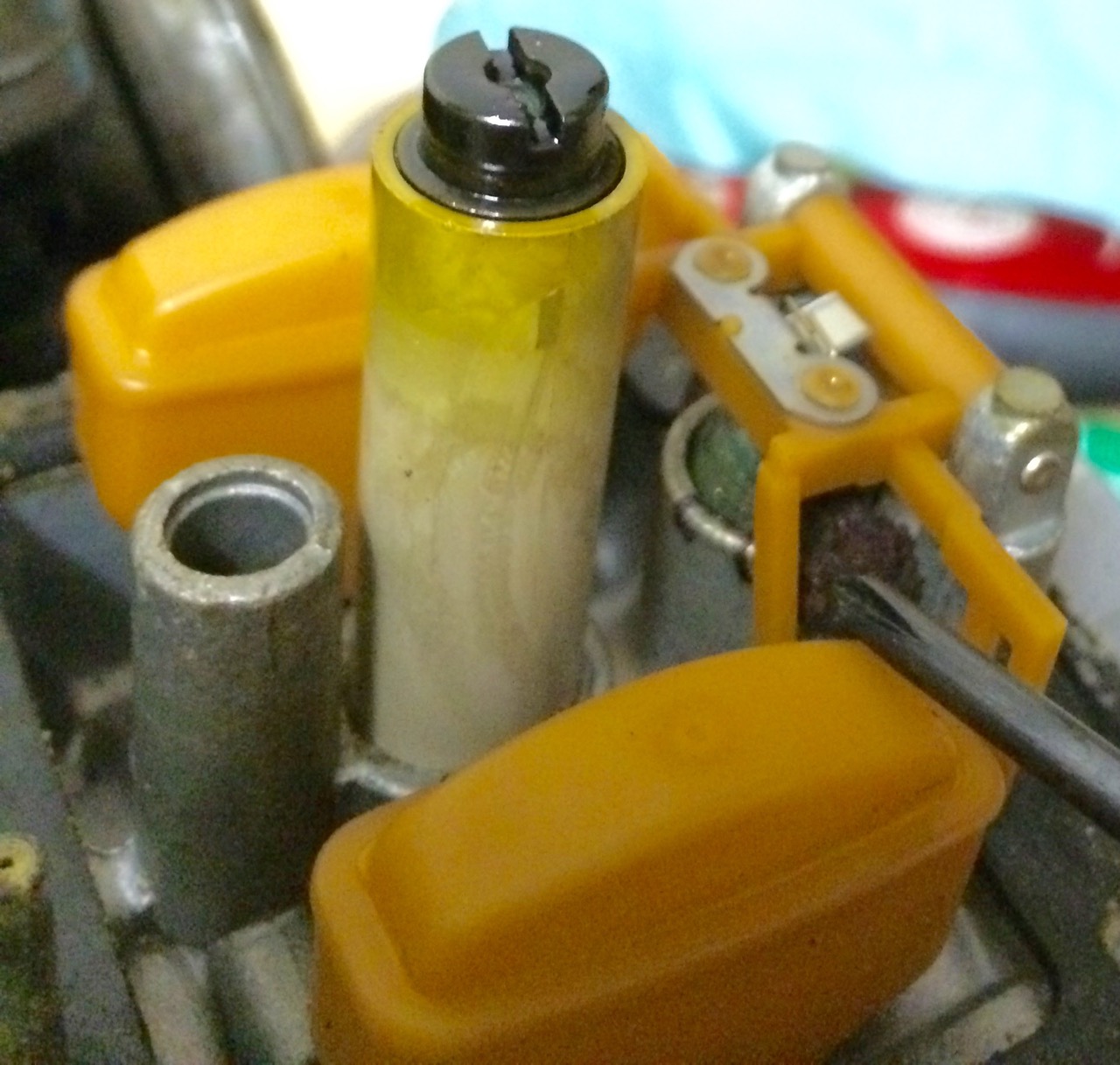 Speaking of functional parts - at the other end of the carbs from the fuel bowls are the diaphragms. I tested removing some of those screws tonight and they seem to come out easy enough - possibly because they were pointing upwards and they caught less debris/water over time. 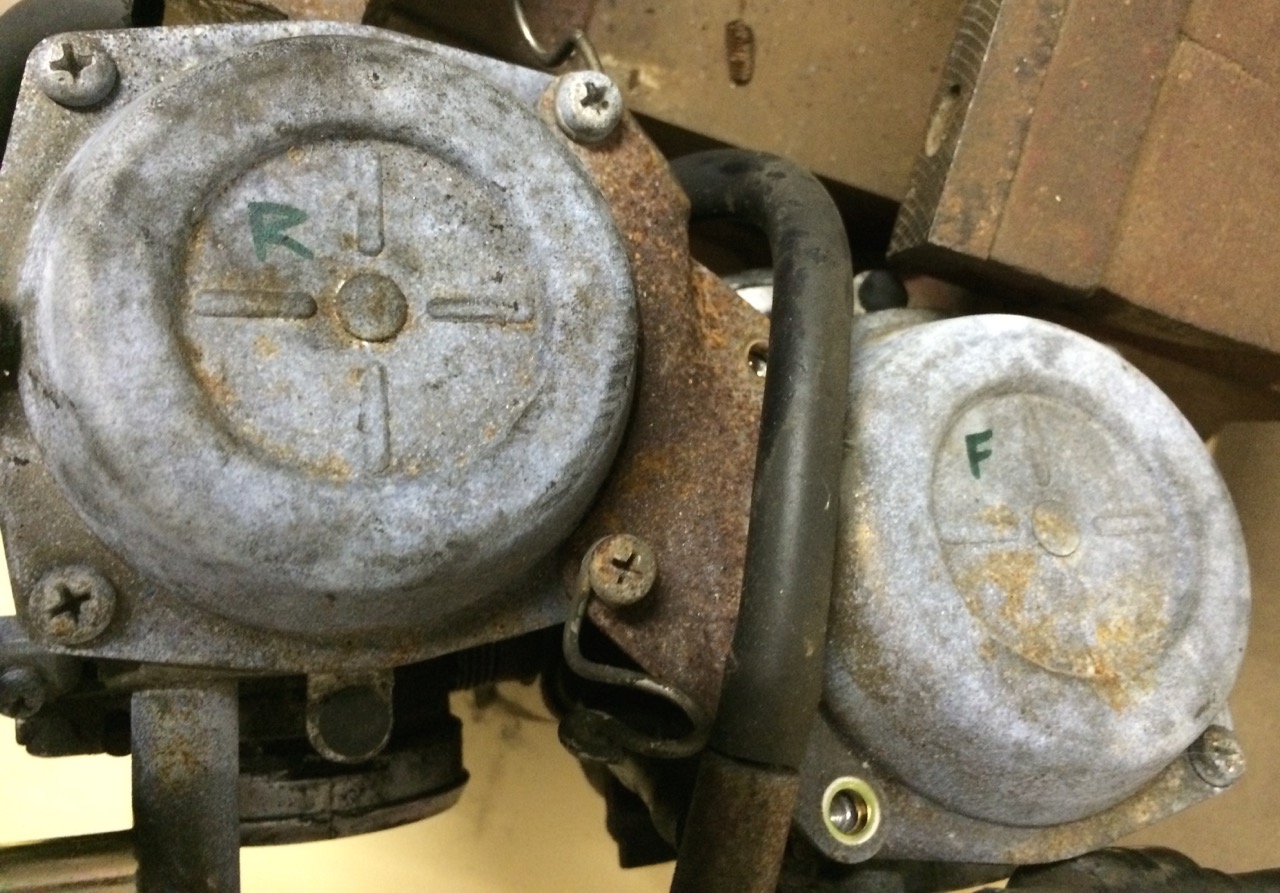 In saying that I’m fairly sure I haven’t actually checked them all yet. Let’s hope everything goes well. In any case they’re quite accessible so I can use vice grips and other methods to remove them if they’re pesky!

Upon their removal, they’re going into this cardboard template, which allows me to match up the original placement with the screw, just in case. R’s for rear, F for … front! 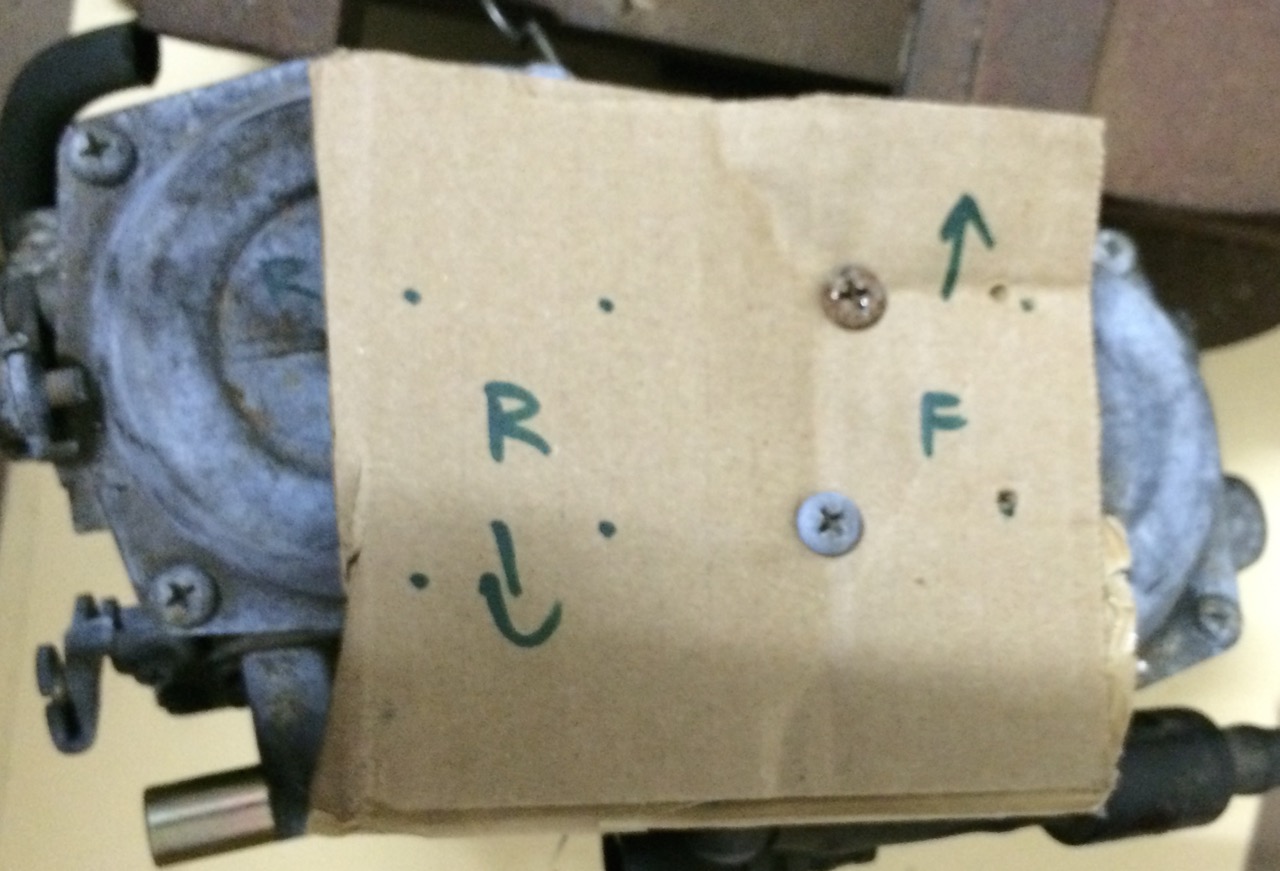 As usual, another workshop shot. I really need to move that cupboard! 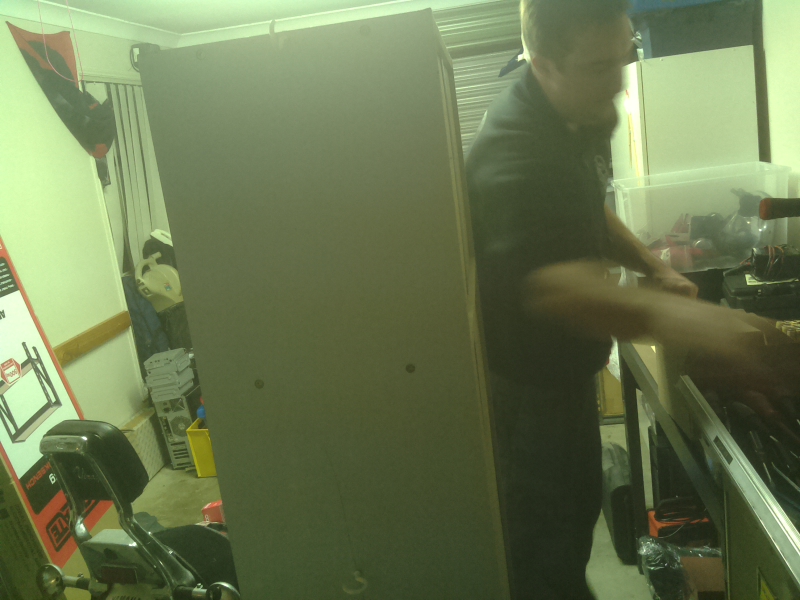