After much muttering and wondering what I was doing wrong, I figured it out.

There’s some info on the Virago Tech Forums (registration probably required) also reproduced here because ugh. Here’s how to remove the carburetor on a Virago XV1100.

This guy’s got the right idea with grinding down his 10mm wrench - I’ll definitely be doing it for the reinstall process. If you try to use the open end of the spanner you’ll likely round down the bolt heads - ask me how I know? 🙁 Luckily a load of G96 loosened up the bolt enough to save my bacon. I’m also going to try that socket wrench idea, that’s fantastic.

The carbs in their current state are pretty nasty - there’s rust on most of the steel moving parts, and corrosion on the alloy ones. I’m glad I went with the “full” rebuild kit as there’s parts I know I’d have to buy straight up that aren’t in the “base” kit.

Next step: electrical testing while waiting for the carb rebuild kits. 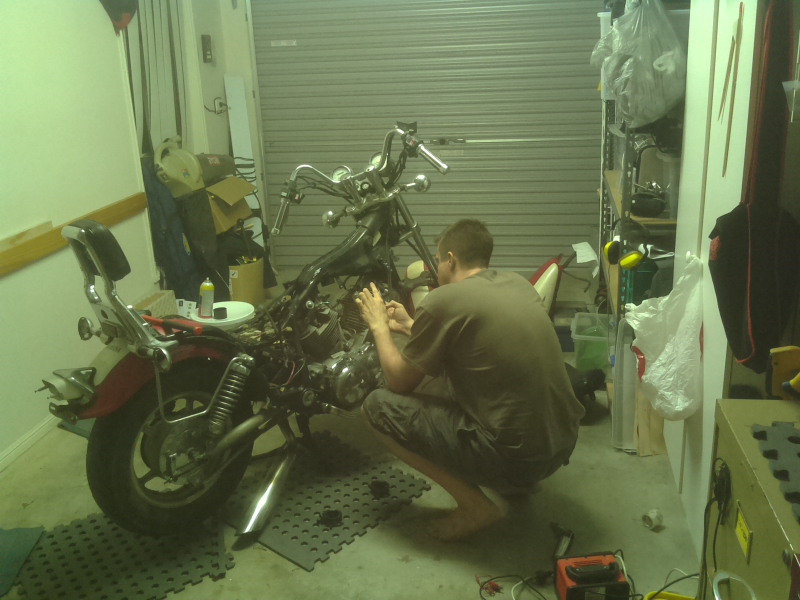 The carbs are out!