Petrol’s a nasty thing, and carburettors are normally full of it. Until it evaporates - in which case they’re full of nasty ex-petrol-goo. The carbs on the project bike are made of aluminium alloy and they’ve been in the weather by the looks of it, so they’re coated in a lot of nasty white corrosion on the outside. The throttle’s jammed and I’m hoping that’s just a wasp nest or the aforementioned white crap. This is even before I’ve gotten them off the bike!

They’re going to need a full rebuild - today I pulled the trigger on buying a pair of “full” rebuild kits from K&L (#18-2596). After paging through Amazon, various local manufacturers and finally eBay, I ended up going with eBay. I can’t be bothered spending hours on weekdays calling around to dodgy motorcycle parts suppliers, then weekends driving around and picking things up. I’m sure I’ll be doing that enough as it is - and online shopping for small parts is an easy way to avoid buying random things off shelves 🙂

I’ve been working hard on listing out everything I can think of that needs to be done to the bike, with all the different dependencies and what I can do in ordered chunks. The first and most obvious thing that I can identify is that the carbs need a lot of work.

It’s a fun puzzle, pulling something this complex apart and then putting it all back together - there’s plenty of photos to take, and many snap-lock bags full of little tiny pieces will be filled. There’s big jobs and small jobs, which intermingle into a huge eventuality.

I’ve got all the time in the world as there’s no rush to get this on the road for a trip, and it’s not going to be a daily ride, so there’s no point rushing any of them. It’s just for the fun of it, and that’s the best reason I can think of. 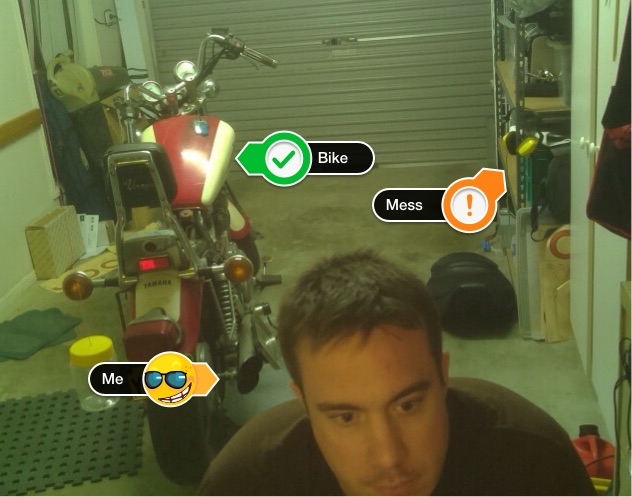 Oh, and I built a GaragePuter!