Pottering around on the internet as I do, and RMB hit me up about a friend giving away a cruiser. I figure free things are good, and free motorbikes are better! We arranged a time and place and after a few calls around, I snaffled a motorcycle trailer for $73. 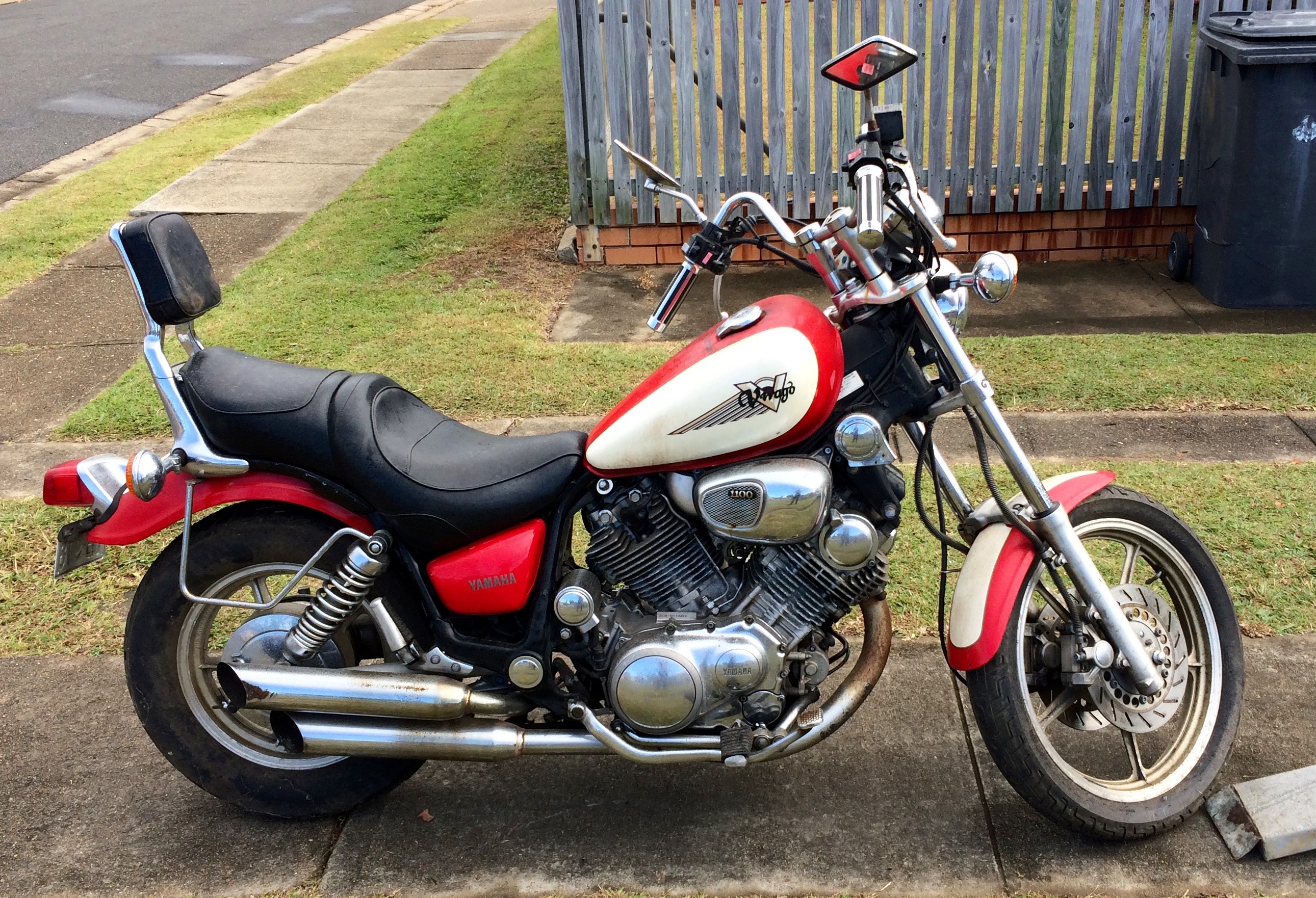 It was a little bit of fun getting it onto the trailer - having to recruit a few friends as the bike doesn’t run and my legs aren’t quite long enough to reach.  Getting it home on the trailer was even more fun - not enough straps, a slippery deck and not having tied down a bike before, there were a few “hey it’s falling off again” moments.

So far I haven’t been able to get too far with it - time’s been tight - but I’ve pulled a few things apart and had a general look around.

Amongst some of the other fun finds were that a spider ate my battery, got fat and then died in situ 🙁 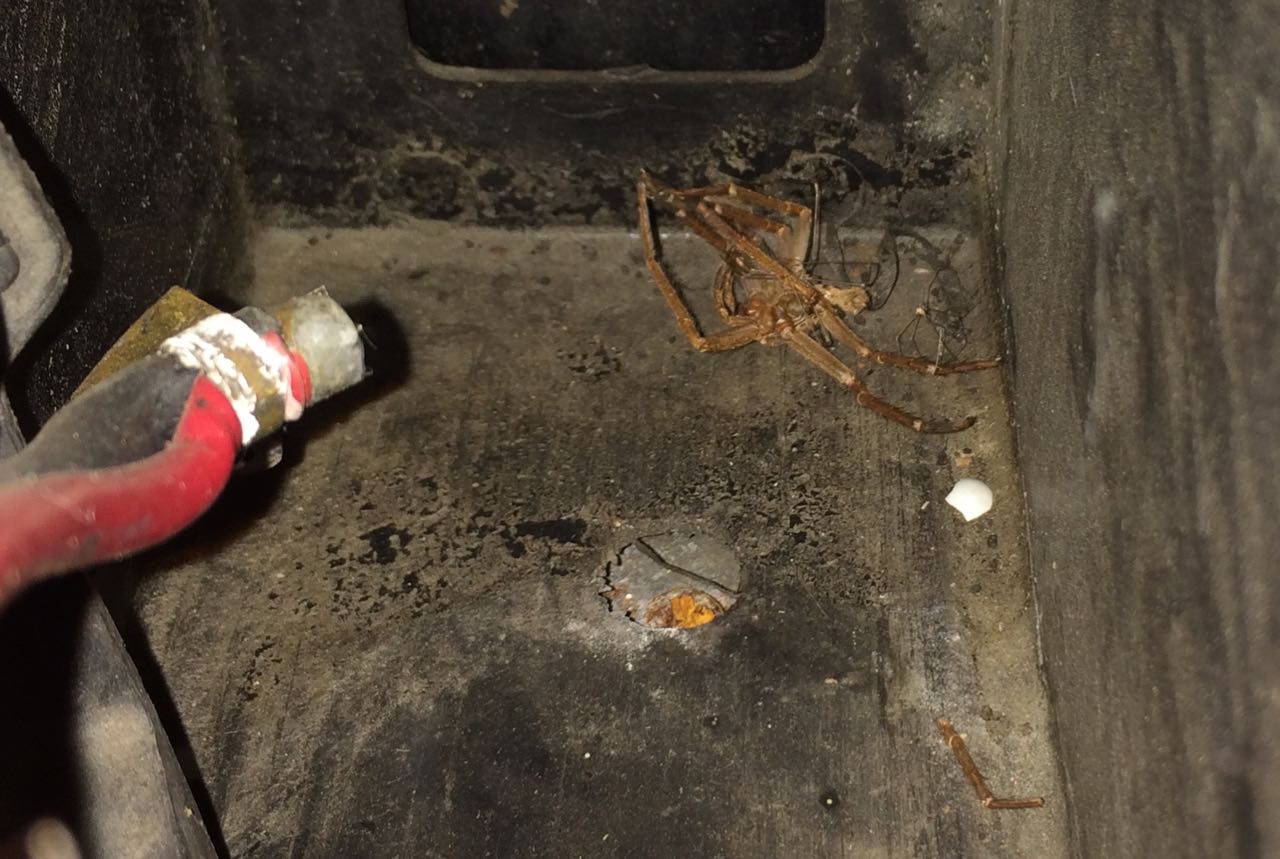 The overall condition is “not terrible” but there’s loads of corrosion on the carbs and pitting of the chrome. I can’t get the fuel cap open, waiting to hear back from the previous owner to hear if it’s the wrong key or just jammed. 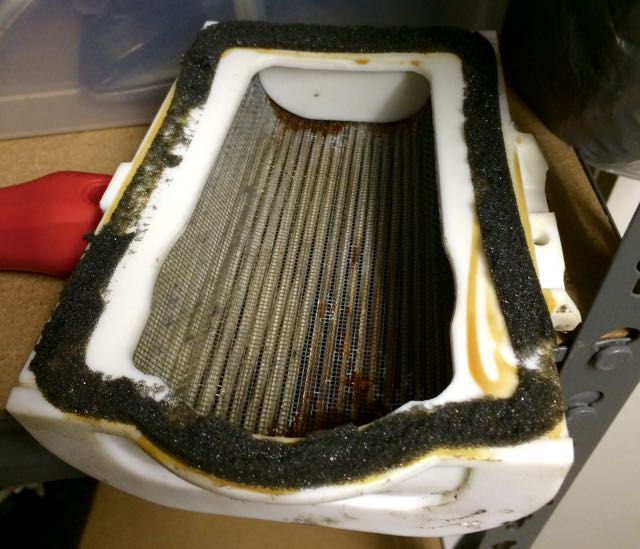 I’m excited for the opportunity to work on something that actually fits in the space I’ve got, and hopefully I’ll either have a bike to ride which won’t send me deaf - or something to sell and fund another project in the future 🙂