I wanted to make a quick battery charger just for giggles, the basic requirements were “allows me to plug in a USB cable to charge my phone” - which is fairly easy to accomplish going by all the crazy devices you can buy on the market currently.

I found an eight-pack of C cell batteries at the local Kmart for $5 and I had a few other parts lying around, so I had a go in ten minutes or less.

Rather than bother with tight fitting casings and springs or complex battery wiring, I piled the batteries up in an old poster tube and made a contact for each end. A section out of an egg cup friction fit into the tube, and I jammed a server rack cage nut into it with some wire. The cage nut is roughly in the shape of a small letter ‘e' and the bottom of the character is pushed through the cardboard with an interference fit. 🙂 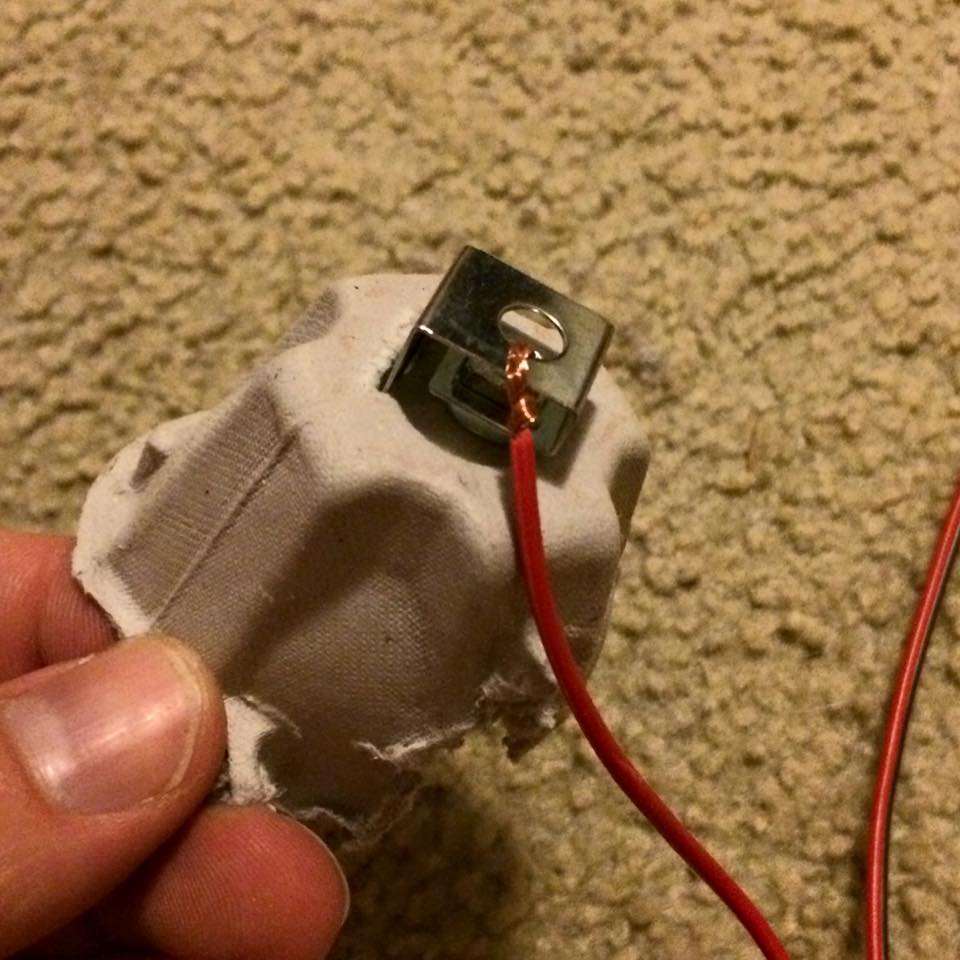 I split some dual-core wire and ran a length to each end, giving me a positive and negative terminal. The other ends of the wires I spliced into a cigarette lighter extension/multiplier that I had lying around.

After I wired it up, I realised that it has a little LED in the extender which would eventually drain the batteries given time. Going with the ghetto theme, I embraced the beauty of my creation by turning the loose fit of one of the egg cups into a switch! Now, no more flat batteries. 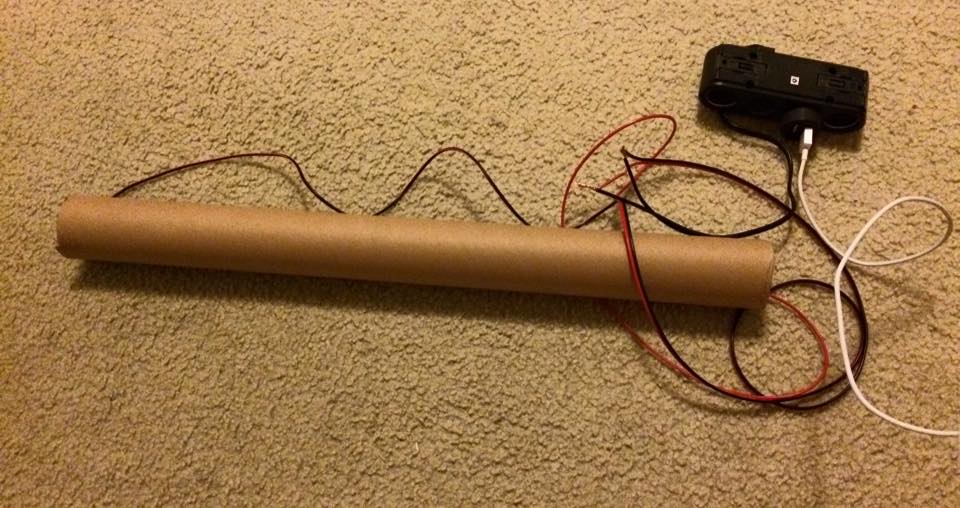 Before plugging in my ridiculously expensive iPhone I used a multimeter to test the output voltage, which came up as a healthy 12.6 volts, well within spec for the phone charger I had on hand. All good.

A little more tape, to hold the wires in place and the “negative terminal” from falling out, and it was all done. Easy peasy.

Final(ish) design, for now 🙂 I’m fairly sure the battery life is going to be terrible, but it’s not designed to be good - just simple and serviceable. 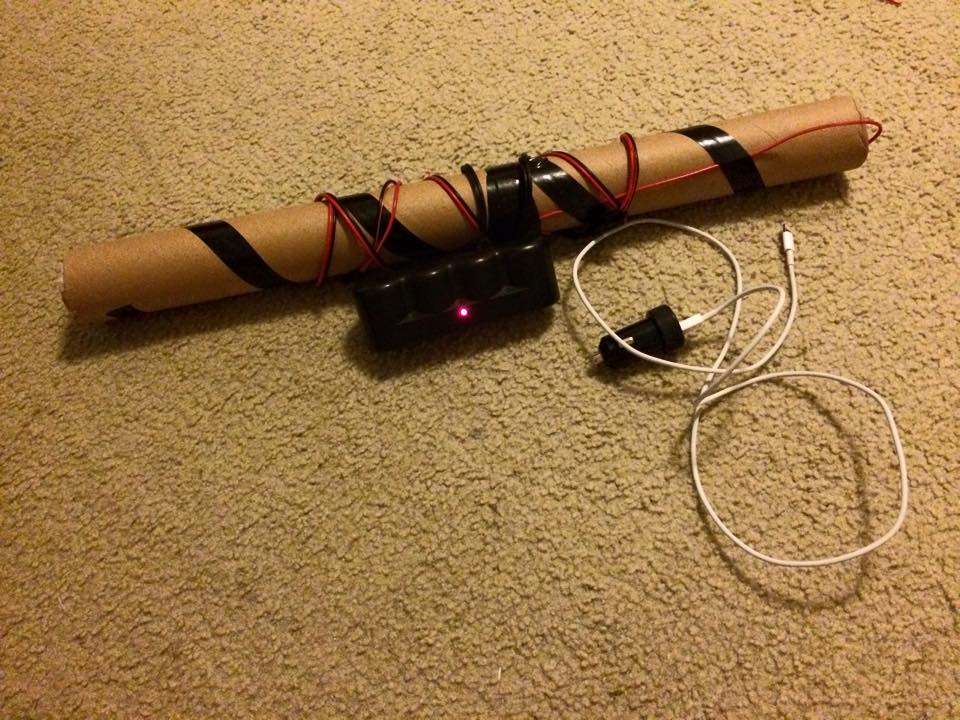