All we can do is try and try and try. Today we waited until our captor was in the compound and distracted by his portable entertainment machine before attempting another escape. This time we tried our final option, the gate wall.

We knew it was a risky move attempting escape through this path, as it had already been secured from an earlier incident. With the recent rains we have discovered that the soil is much softer and there was a lot of debris which made it quite easy to clear our path under the fence.

All was for naught however, as we were discovered during the attempt. Again I let my elder go first, again she had troubles with the clearance. This time it was worse as she was stuck firm with no means for releasing herself. I kept my cool and quietly gave her suggestions but nothing helped. 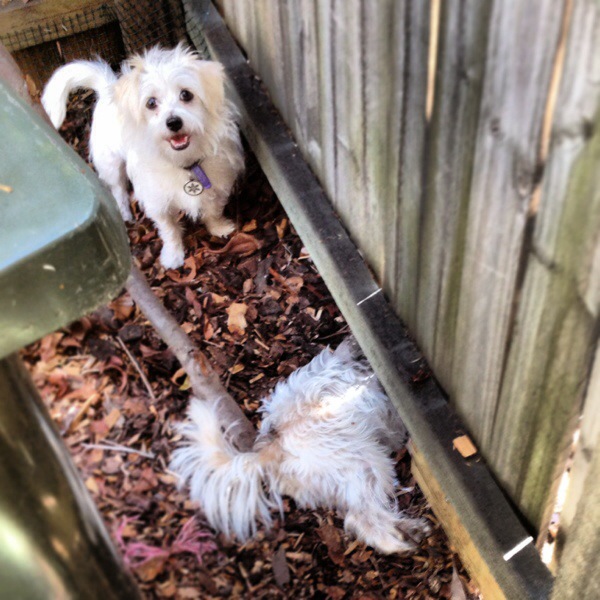 As he cannot leave us alone for more than a few minutes, nor had we made noise our captor came and checked on us. I tried my best to explain that I had caught her, but he would not believe me at all 🙁 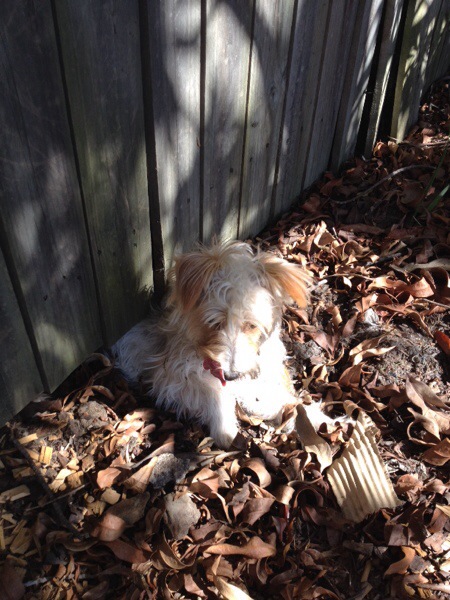 He made sure to humiliate poor Dixie by capturing photos of her in her unfortunate position, and even made fun of her fur when it was full of sticks and leaves. Poor girl, all she wanted was freedom. 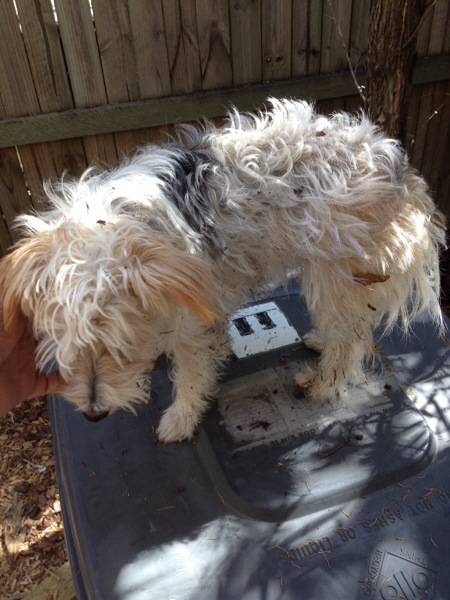 I have hope that there might some reprieve from his daily torture though, as I overheard the humans muttering in their disgusting vocal tones about the return of the small warden. Her facility is much larger and I get brief glimpses of the outside world during my daily transport there. This does not make up for the fact that she demands regular performances from us and forces us to eat during them. Will there ever be a place we can just be ourselves?