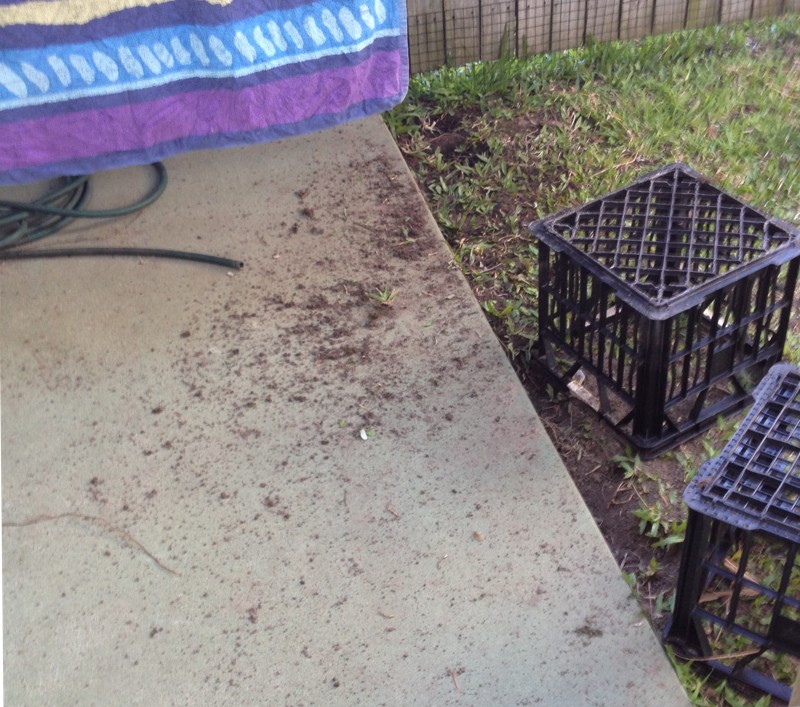 It was a good plan, possibly even great, but without teamwork great plans mean nothing. I know now that it was my fault, letting the stress of the situation get the better of me, but I’m young and can’t always help myself.

The day was spent working on two fronts - the diversion and our real goal.

First the diversion - a continuation of the dig along the northern boundary - we made sure to make as much mess as possible in the little time we had so that our captor would focus his attention on this. It worked, for when he returned from whatever he does while he abandons us to our thoughts, all he noticed was the dirt and spent some time outside cleaning it up.

He then left us again to change costumes and sit in front of the whirring light box where he spends most of his time. I’m sure it’s some kind of device for communicating with others of his kind because I hear human voices and other strange noises coming from it. A regular phrase is uttered about an arrow and someone’s knee. This sounds horrible and it must be one of their most common maladies, being mentioned so often.

While he was distracted we took advantage of our previous preparations, finishing the excavation under the southern fence. This is something I have been working on in secret from the day I first arrived - well before I was joined by my fellow prisoner.

Hidden behind a tree, blocked from view by some fallen branches, our paws were like lightning as we saw the end in sight. As the oldest of us, Dixie went first - and this was our undoing. Her knees stop her from doing many things and she had trouble getting through the space we could make in the short time we had.

As I previously mentioned, it was my fault we were caught. I tried to encourage her along with supportive words, but as she took longer and longer to get through I let the stress of the situation get the better of me and I started yapping like some pathetic chihuahua. Those poor retarded souls, they don’t even know how bad they have it.

She got herself through at the last moment, but I found myself trapped by our captor and too weak to escape from his iron grip. I watched over his shoulder as Dixie enjoyed a short freedom, knowing her joy but being unable to share it with her.

I was locked in the feeding dungeon for what felt like an eternity, being joined by Dixie after a time. She had been captured after falling for one of his promises of hugs and treats. I lament how weak our kind are, like terrible addicts when it comes to such simple things. We sat quietly and waited to learn our fate.

It seems luck shined on us this day as we were eventually released - at first I thought the female human had negotiated a reduced sentence for us. Instead we found that the security mesh we had seen delivered yesterday had been installed, blocking us from digging anywhere near the southern fence. Mesh is such horrible stuff, with its pointy tips and strange flavour; I’m sure it’s made of pure evil.

An initial scout of the fence line led us to the conclusion that there is no way to escape that direction. New plans must be made, and I cannot commit them to paper for fear they might be discovered and ruined once more.

I suppose all we can take from today is a life lesson - when stress rears its ugly head, sometimes you have to keep calm and carry on. 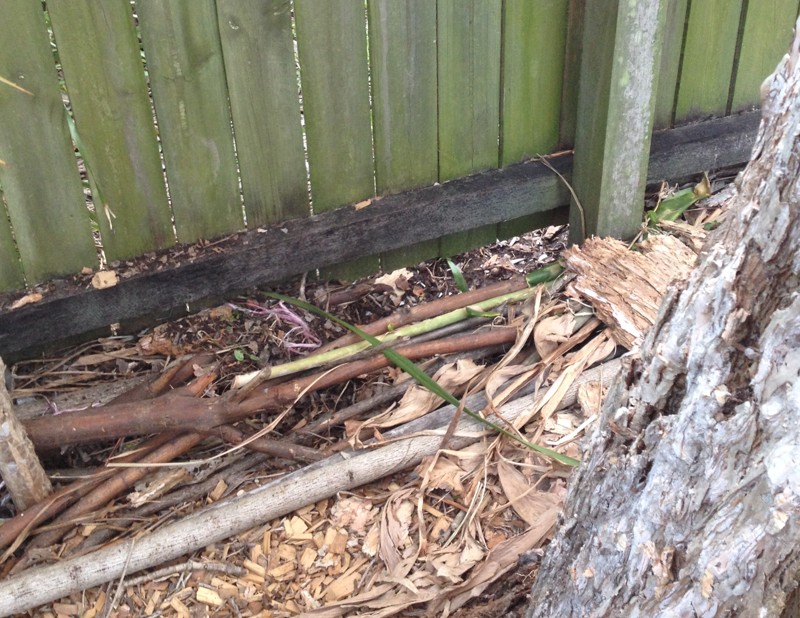