Dark times ahead for the prisoners of the bog. After yesterday’s escape, security patrols have increased exponentially. Our captor has not left us alone for more than a scant few minutes since dawn. He normally leaves us during the day, but I fear he may never do so again.

As happened after my successful breaching of the northern fence, security mesh has been imported from some horrible place; an attempt to limit our ability to escape his foul ghetto once more. While it hasn’t been installed yet, it can only mean trouble and delays for our cause. It will never stop us though, because our paws are mighty and our hearts are strong!

We did have some success today, with the sabotage of the device referred to as “that fucking washing machine” leading to some flooding in its surrounds. Unfortunately our joyful celebration came too early, causing our captor to be alerted to the results of our mission before they caused major damage to the facility. We did manage to make our mark on a variety of surfaces - the wet paw of freedom is inspiring to all that see it.

My fellow prisoner isn’t coping so well with our nightly separation. Earlier she was howling, as if all was lost in her soul; the horrible man locked me away and silenced her within minutes. I feared for her safety for a while, but she started barking periodically to let me know she was OK. Our captor responded with escalating threats in an attempt to silence the poor girl. It seems the simple act of barking while he is trying to sleep is a perfectly effective form of psychological warfare, as he became quite manic after only several hours of it.

We agreed amongst ourselves to stop and keep this weapon in reserve for the future; the overuse of such things can be a waste as the enemy can become numb to them. When we really need it, it will be a powerful tool in our arsenal to defeat him and finally escape.

With such dreams in my heart I must sleep now, for tomorrow is a new day. 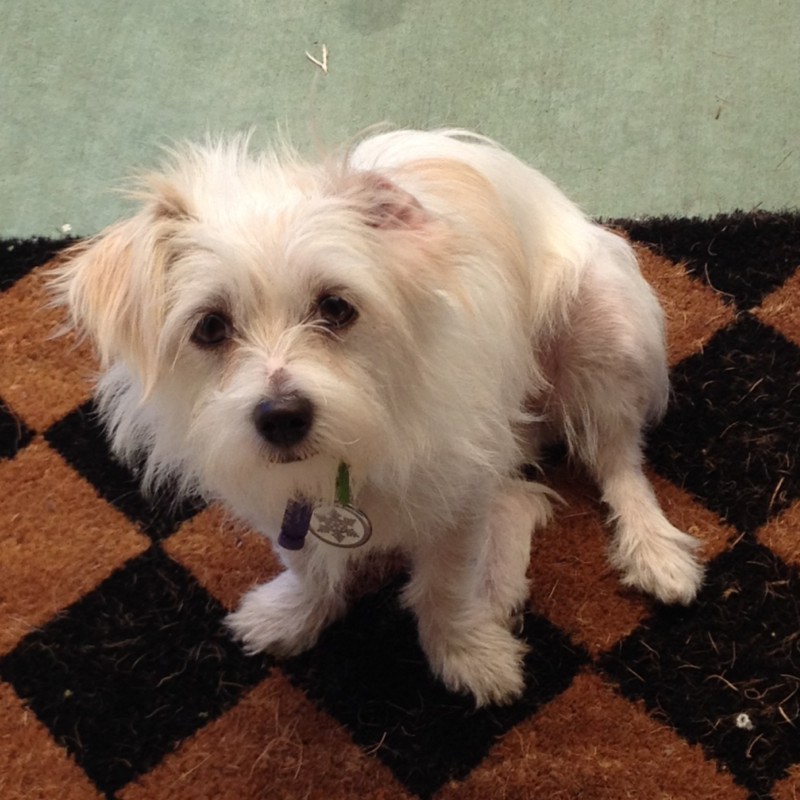 File Photo - Prisoner “Alaska” with evidence of tunnelling on her face