So I figured that driving to the pool was a silly idea, it’s only about 7km according to Google maps! Then again, there’s the whole “I haven’t ridden my bike since before I was sick” thing. Suffice to say, braving Old Cleveland road at 4pm wasn’t the most fun idea… especially with the amount of storm debris that was laying around. It seems that most of that 7km is uphill on the way to the pool, ugh.

Carrying a stupid duffel bag that doesn’t turn into a backpack is for chumps. I ended up doing half the ride with the straps strangling me, then figuring out I could kinda half drape it across the bars. Were I not the crazy bag collecting guy I’d probably run a strap or something between the front bars to make a bit of a platform to sit it on. Since I’m crazy bag collecting guy, all I have to do is grab one of the other bags for my next ride to the pool.

Suffice to say that’s not going to be this afternoon, my groin’s screaming at me, my arms are wailing, and I’m sure by the end of the day I’ll find other muscles to wail and whine. Exercise ahoy! Only 193.something days to go until Tough Mudder. Time to harden up! 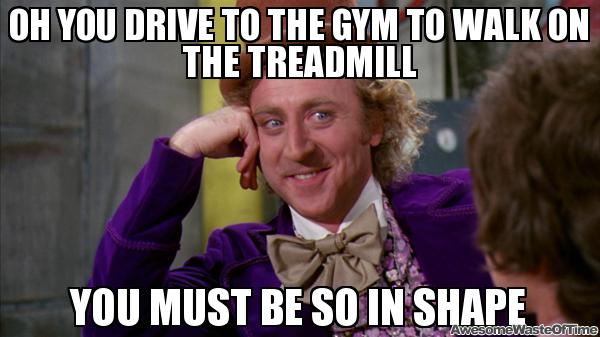