I hope it hurts, you should burn for what you’ve done…

Hell of a thing to say to someone.

Least of which a stranger.

I’ve made some thoughtless remarks in the past, some hateful ones, and some very well thought out insults - but this one was a surprise!

I was on the receiving end, hopping from heel to heel behind my car on a ridiculously hot day while trying to put some things in the boot. Not quite hearing her at first, it took me a second; then it registered - she’d actually said that to me. It took another second or so for me to figure out my perceived crime.

What was it, you ask? My car was parked in a disabled-person’s spot. I’m not disabled by anyone’s definition of the word, but my best friend in the passenger seat certainly is. She’s fought time and again to be recognised as such, and the front windscreen of my car sported an official pass showing I’m legally allowed to use the spot I was in.

Of course, approaching the vehicle from behind she couldn’t see that, just two meters of young guy jumping around on the hot tar. By the time she’d gotten around to the front of the car, she noticed and got all apologetic “oh, you have one, oh dear, um…” And all I could do, utterly dumbstruck, was complete my task and scoot into the car.

I’ve been her before, seeing people who don’t look like they have a disability taking up the spots.

I’ve thought some dirty words about those that park in the spots without displaying the passes - especially when said friend and I are travelling together looking for a park - but I couldn’t imagine saying something as monumentally insensitive and hateful as that.

The whirling vortex of anger and confusion and wonder at this woman’s outburst is making it hard to even put into words longer than four letters.

Maybe there’s some point in your life when you feel it’s perfectly fine to spew forth vitriol at the world, making it known in no uncertain terms how you feel? I haven’t gotten to the same point as this geriatric dimwit, and I hope I never do.

What was the saying about books being judged by their covers? Wow. 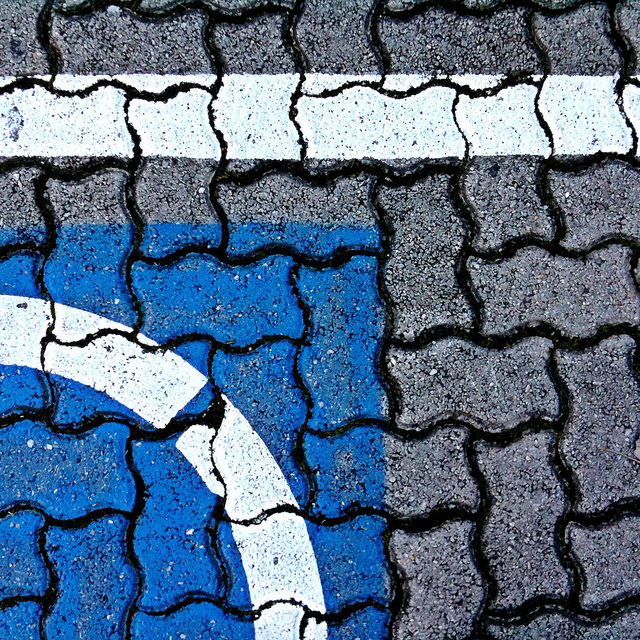