Going for a real “Evil Mad Scientist” shtick today. I have been pondering some simple DIY projects for making my little living space a little better, and decided that drawing them up might be handy to visualise/work on ideas.

The first one’s a bit of a storage cabinet/shelf to sit over the toilet cistern, which normally wasted space full of dust. 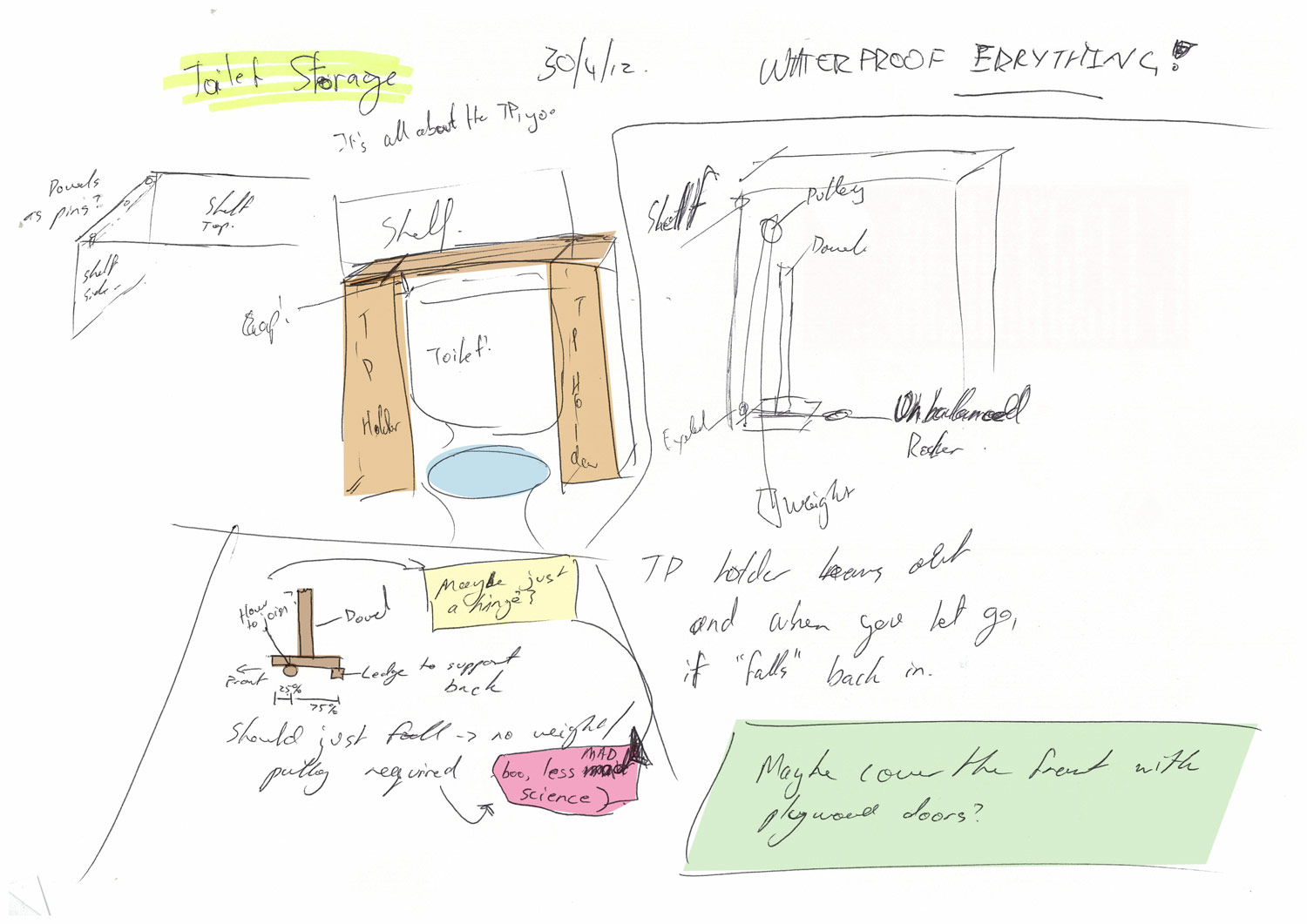 Basically there’s two “legs” which hold toilet paper rolls on hinged roll-holders like you’d normally see in people’s toilets, but covered by a bit of a door so they’re out of the way. On top of the legs are a shelf or two for putting things away. While drawing this up I scribbled a few ideas down for how the toilet roll holders would work, and as I thought of the implementation steps the idea morphed into something significantly easier. (from a weird elevator-pulley idea to just a hinge)

The next idea’s another bathroom one, basically a panel to go into the window to install an exhaust fan in. On the back side there’s triangular prism-shaped vent style thing to keep rain off the motor of the fan and out of my bathroom. I’m sure I could buy something to do this job, but for $20 and some nails I think I could do a similar job.

Also, learning how to do it is fun! 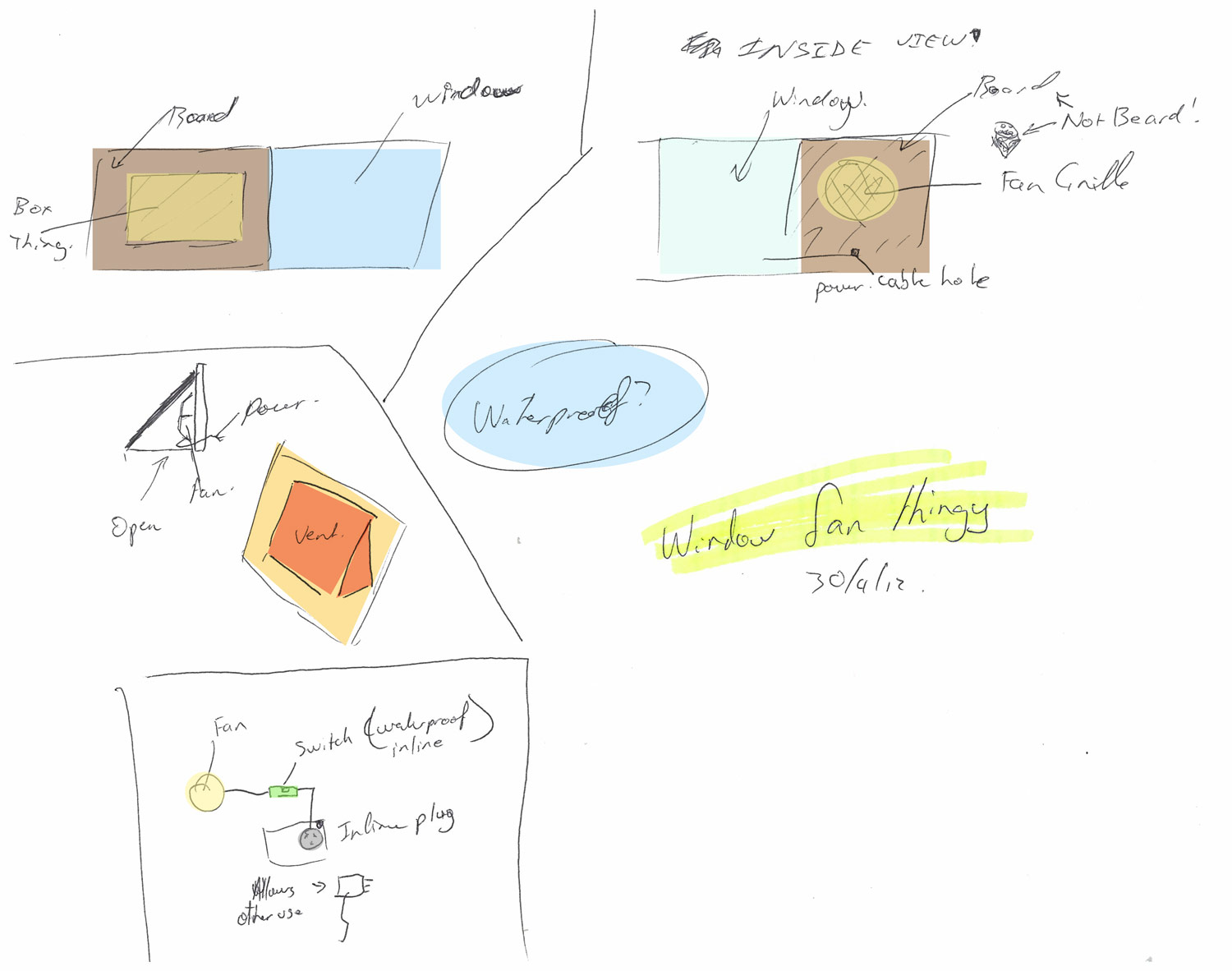