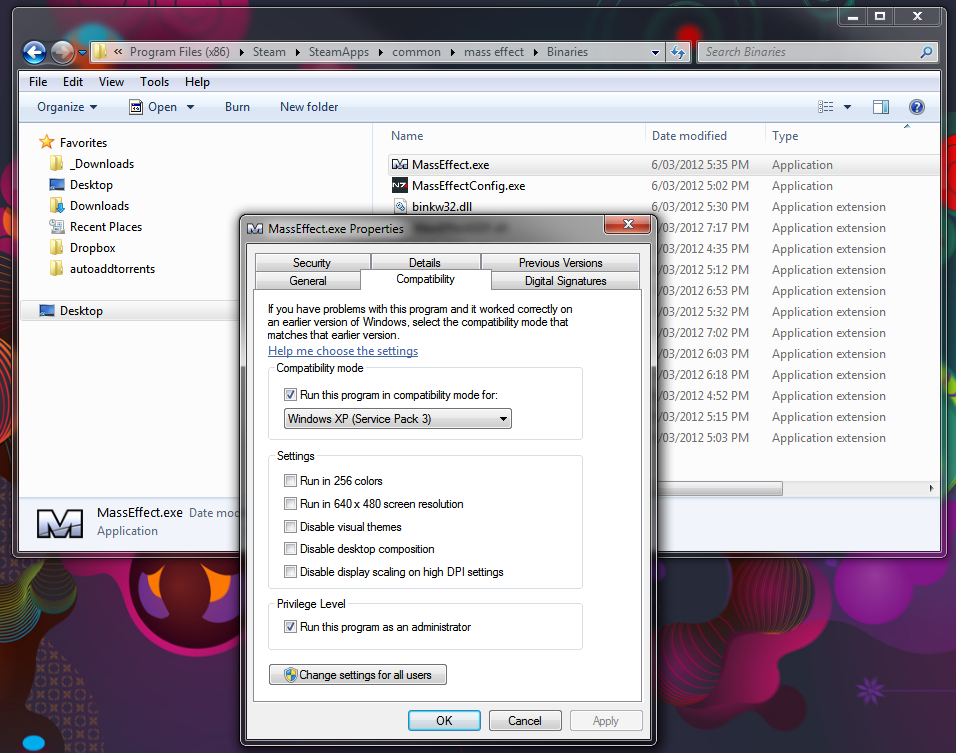 If you’re like me and got excited after finally reading up on the Mass Effect Universe, you’ll likely have bought it cheap on Steam

I had a problem initially where it would crash on startup. I googled around a lot, and found not much. I tried:

I’m sure I tried a few other things, but none of it worked. As soon as I would run the game from Steam, the MassEffectLauncher.exe or MassEffect.exe it would crash straight away.

Eventually I tried right clicking on MassEffect.exe and selecting “Run as Administrator” and it worked! The splash screen loaded, and after a short time the game was running.

Some older games just don’t like working properly in newer operating systems, and even though the windows port was released around 2007, it seems that not everything is simple when it comes to running Bioware’s software in Windows 7.

I’m not going to write a review on the game yet (if ever) but from the half an hour or so of gameplay I’ve put in, it seems like it’s worthy of the hype I’ve seen. The io9 article Why mass Effect is the Most Important Science Fiction Universe of Our Generation seems to sing high praises, and there’s nothing like a good mix of story and game.

Here’s a screenshot showing where to find the program, and what to click on in it’s Properties window when you get there: