So, my bike’s in the shop and I have a morning off from work. A friend offers me a ride of his spare bike, and the opportunity to be led through the twisties heading up to the Maiala Rainforest Teahouse at Mount Nebo/Glorious. Who could say no? Not me! 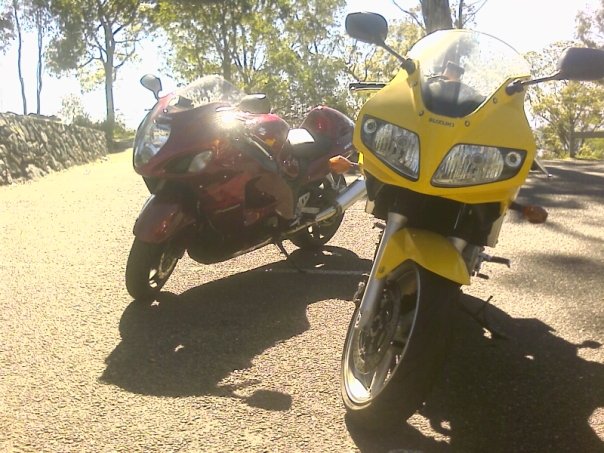 I’ll admit it, I was shitting myself. On someone else’s much lighter and more responsive bike, tooling through the hills and trying to not look like a complete grandma - which I failed at, but am cool with that) 🙂

It was a great couple of hours of riding with a break for coffee and a toasted bacon and egg sammich. I got to see how my practice held up against some real roads instead of the lots-of-straights-and-suburbia I’d been riding around. Not to mention I finally met snail/rasp/David, which only took about a year or two.